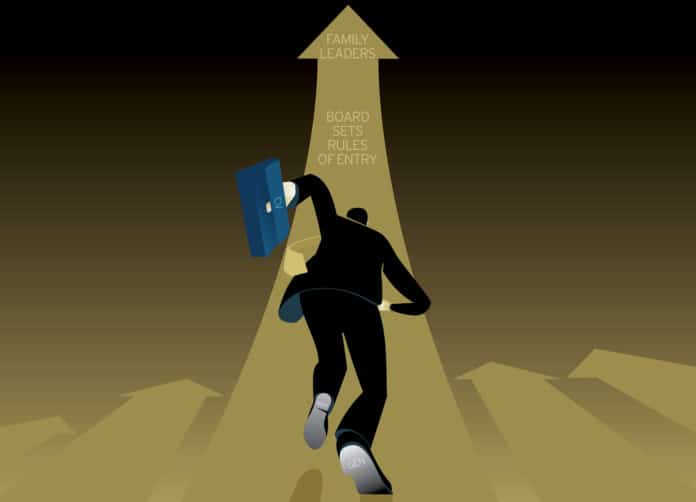 There is an often-repeated myth that the wealth gained by a poor but hard-working, first-generation business founder will be squandered by the third generation, and the family once again goes back to being impoverished.

However, the reality is that many family firms do prosper and survive well beyond three generations. Cargill, the Minnesota-based multinational owned by third- and fourth-generation descendants of the founder, is the largest privately held corporation in the United States, posting revenues of $114.7billion and employing 155,000 people in 66 countries. Thierry Hermès (1801-1878) founded his namesake firm as a small leather saddle and harness workshop in Paris in 1837 and 182 years later it is the most admired luxury brand in the world. The Indian Tata Group, one of India’s largest companies, was founded in 1868 by Jamsetji Tata and has remained under the ownership of his descendants ever since.

Let’s begin with the oldest of the old. Kongō Gumi, a Japanese construction company, was founded in 578 by a Korean immigrant named Shigemitsu Kongō who was skilled in the art and science of building Buddhist temples and other types of religious monuments. Along with two other carpenters from the Korean kingdom of Baekje, Shigemitsu was invited to Yamato (Nara) by Prince Shōtoku (574-622) to help build Japan’s first Buddhist temple, the Shitennō-ji, not far from Osaka.

Prince Shōtoku appointed the son of Shigemitsu Kongō as his official palace carpenter in order to build many other monuments as a means to unify the country around the newly imported religion. Over the next 1,400 years, Kongō Gumi had a hand in building and rebuilding some of Japan’s most famous landmarks, including the stunning Osaka Castle in the 16th century. However, in the 1980s, the 40th family CEO was concerned about the future viability of the business model and diversified into property investments. His investments were highly leveraged but lost much of their value when the 1990s Asian financial crisis burst the Japanese real estate bubble. In January 2006, Kongō Gumi went into liquidation, having run up arrears of $340million and was taken over by another old Japanese construction company.

The story of Kongō Gumi provides important insights into longevity. First, longevity of a family business is easier if it operates in a stable and long-living industry. Second, long-lived family firms have a succession model that works, in this case based mainly on primogeniture. Third, no family firm can take survival for granted; each generation has to create value and fight to deliver the business to the next generation. Fourth, most long-living family businesses that go out of business do so because the business becomes irrelevant or the family leaders make bad business decisions.

The experience of Kongō Gumi is not unique. In our collaboration with many of the world’s oldest family firms, we observe that long-lived family business share a lot of common family and business experience. We identify the six key elements of longevity as being:

Agile long-term business strategies that are resilient to global competition and an ever faster changing economy. Long-living family firms are often found in stable, long-living industries, but they demonstrate an uncanny ability to adapt their existing business strategies to new circumstances. Business strategies often feed into the intangible family assets, such as the legacy and history, and the family and business networks that have been developed over generations, sometimes centuries.

Business families fine-tune their strategies from one generation to the next, making those far more resilient to sudden changes in the market place, to shocks in world trade relationships and to downturns in the economy. Each new generation improves on the existing business strategy so that the firm can continue to stand apart from its competitors.

Processes that prepare and engage the next generation. Long-living family firms know how to transfer business from one generation to the next. Historically, these family firms have put in place rules and procedures to undertake internal family succession to guide their succession strategies in a transparent way. These rules and procedures were in the past often based on the right of primogeniture, whereby the first-born legitimate son inherits the business. This custom was also helped along by adoption or arranged marriages. However, today many long-living family firms base their hiring decisions on meritocracy and recruit the most talented and engaged next gens from within the family, independent of birth order or gender.

“As the business family grows in numbers, ownership can become overly diluted by the repeated division and distribution of shares to new family members”

In addition, long-living family firms will often hire professional managers. More recently, owner-managers entrust non-family members of their supervisory boards to define processes and criteria by which family members know how to join the firm and advance their careers. Often, these criteria include education from top business schools and outside experience in a management position in other firms.

Legal structures that offer incentives to create firm value and minimise family conflicts. If designed correctly, an ownership model will align the firm’s vision and strategy with the incentives and performance of the stakeholders in the firm and the family. Having a sound ownership design will prevent owner-managers from getting entangled in internal disputes between family members, especially over sensitive issues like dividends. In most cultures, parents are keen to divide wealth equally among their offspring. Moreover, inheritance laws in many countries oblige parents to divide inheritance equally among their heirs. Therefore, incentives are always aligned to the specific legal and tax environments for a given country. In addition to these specific circumstances, all business families face a blend of biological and social challenges that tend to get more complicated over time.

At the most basic level, a business family is subject to the power of numbers, whereby the number of family members tend to increase over generations. As the business family grows in numbers, ownership can become overly diluted by the repeated division and distribution of shares to new family members.Furthermore, the amount of shares for each family member is often determined by the distribution of children across family branches. It is interesting to notice the variety of ownership structures among long-living family firms and the impact that has on wealth. Some firms have a single owner, some have concentrated ownership in the hands of several family members and some have thousands of family owners. Compare Cargill with only about 10 key family owners who own 90 per cent of the company shares to the 375-year old Wendel family business in France with more than 1,200 family members who own 38 per cent of the publicly traded family firm. Most long-living family firms adjust ownership structure every one or two generations to avoid too much dilution in ownership as the family grows. They design dividend policies to balance diverging family interests and the growth requirements of the firm. Furthermore, the ownership structure balances the right incentives for those involved in the management versus those who play a passive role as shareholders.

Identifying value creators and building the best supportive structures around these value creators. Many long-lived family firms hope to produce at least one value-enhancing family leader with each passing generation. This family member is expected to lead the firm and the family to the next level. A business family that continually produces the right family members with the right skills and talent sets will prosper, while those families not fortunate enough to produce the right offspring will suffer. Enriching the family tree boils down to the difference between growth and stagnation.

Around the valuable family leaders, long-living family firms can build governance structures to provide incentives and take advantage of synergies. Traditionally, these structures were often populated by family members until recently when business families began to recruit non-family professionals into management roles and independent directors onto corporate boards.

Building structures and providing incentives to cope with digitisation, disruption and the Fourth Industrial Revolution. Technologies, economies and societies are all changing at an ever-increasing pace. Long-living family businesses are not immune to such changes and fully understand the importance of the innovation and keeping alive the spirit of entrepreneurship inherited from their founders.

Standing at the forefront of digitisation, these firms are deeply involved in implementing the latest technology into their traditional production cycles. Family-owned Fabbrica D’Armi Pietro Beretta S.p.A., for example, was founded in 1526, when Bartolomeo Beretta delivered 185 arquebus barrels to the Republic of Venice. For almost five centuries since then, Beretta has focussed on innovation, an absolutely essential ingredient to survive in the armaments business. Beretta now produces the highest quality light calibre firearms dedicated to sport, hunting and shooting contests. It also sells military-grade weapons to the armed forces and the law enforcement sector.

While family governance is a universal concept, the structures and mechanisms will vary. Many business families have a family charter, which is an agreement between family members vis-à-vis their family business. Not a legally binding instrument like a shareholders agreement, a family charter might contain statements of intent about the mission and strategy of the family business. It might also contain statements about the role of the family in providing for the needs of next gens, education in particular.

In addition to charters, many old families resort to mechanisms of ownership redistribution that allow them to prune the family tree either gradually over time or through major readjustments once every generation. The most typical forms of redesigning ownership include the transfer of ownership to future generations, the creation of an internal market for trading shares among family members and buying out individual or groups of family members. Some family businesses have opted for a two-board governance structure, consisting of a family shareholder board and a corporate board. This structure allows the corporate board to focus entirely on the business whereas the family board can focus on business and broader family issues.

For family firms, the secrets of longevity are bound up with the outcomes of these six elements, which overlap in time according to the challenges faced by each generation. However, the implementation of these elements will take many different forms, depending on the size, geography and age of the family-run business.

Kongō Gumi lasted for 14 centuries and 40 generations of family ownership largely because each new generation could replicate the business model of the previous generation, which was designing, building, restoring and repairing temples and cultural heritage buildings throughout Japan. However, over time the business changed character and, to avoid slow stagnation, Kongō Gumi chose risky investment projects with catastrophic consequences.

For younger family businesses, survival beyond the third generation, much less the 40th generation, represents a major challenge. To overcome the odds, to defy the cliché of ‘clogs to clogs in three generations’ and, ultimately, to make success happen, will necessarily involve the close coordination of business and family. To this end, the six elements of longevity can provide a powerful stimulus to future growth and survival. 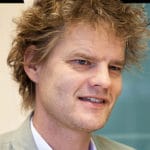 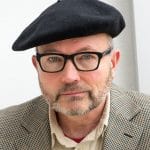 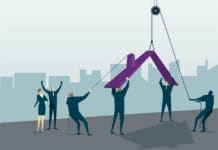