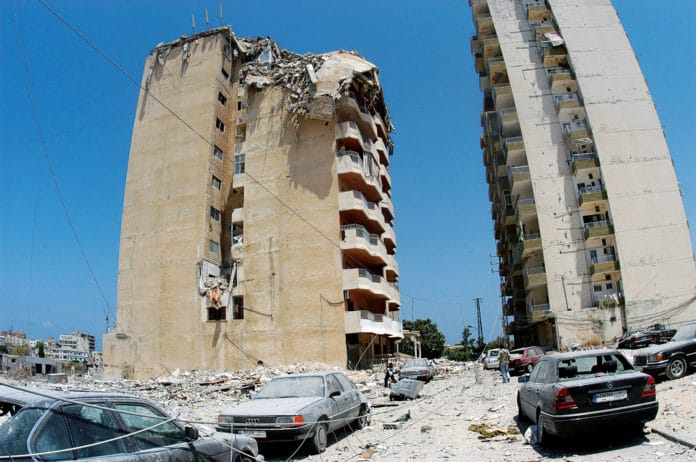 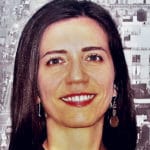 Of all the critical needs facing countries dealing with fragility, violence or conflict, you may not expect corporate governance to top the priority list. But, in fact, the opposite is true.

Nowhere is the link between lack of private sector growth, investment and economic opportunity and extreme poverty more direct than in nations torn by conflict. Indeed, many of the world’s poorest countries are also those affected by conflict or violence. In these very tough places, good governance practices can form the front line of defence, helping companies stay in business and enabling pushback against an all-too-frequent economic spiral downward into extreme poverty.

Of course, corporate governance cannot fix every problem faced by these nations. But it can make a real difference in preventing further economic destruction and setting a solid course for recovery and growth. Here are five reasons why.

1. Corporate governance helps companies manage through crisis Studies have shown that strong and experienced boards, following clearly-defined protocols, are better positioned to make good decisions. At a time when speed is of the essence, such as when a country is in the grips of open conflict, empowered boards and capable leaders can act quickly and decisively, sustaining the business, even in the midst of the worst. Once the conflict subsides, well-governed companies stand a better chance of survival, with a more rapid return to normal business operations.

One such Yemeni firm has shown remarkable resilience, despite the ongoing civil war. Helmed by strong leaders and a strategically focussed board, the company expanded into Dubai as projects dried up at home. Not wanting to pull out of Yemen altogether – which would have meant a loss of precious jobs in a nation already burdened with high unemployment due to the war – the company retained its Yemeni team. This resulted in a competitive advantage for the firm: the lower cost of the company’s Yemeni services meant that they could offer lower prices to the Dubai market, thus attracting new clients and sustaining the firm, even as business opportunities in Yemen declined.

2. Corporate governance strengthens the institutions that are critical to rebuilding fractured economies Corporate governance underpins sound legal and regulatory infrastructures, which are foundational aspects of well-functioning markets. Strengthening these institutions helps jump-start market recovery, enabling new investment, economic growth and job creation. They also contribute to the overarching goals of stabilising the political environment and restoring a sense of normality for society at large. The International Finance Corporation’s (IFC) work in Sierra Leone bears this out.

“In fragile and conflict situations, one cannot overestimate the intensity of political pressure faced by companies. This pressure comes from multiple sources, including local and regional power players and national level influencers”

A country that had started on a path to recovery following the end of the civil war in 2002, Sierra Leone faced devastating economic setbacks in 2014 – the combination of the drop in global commodity prices and the ebola outbreak. Here, we are working with the country’s Corporate Affairs Commission to draft a national corporate governance code. A collaborative effort that involves key market players, regulators and business leaders, the code is designed to increase regulatory control, enhance compliance, boost investor confidence and encourage more investment. Of note: the broad-based support from among those who would be most impacted by the new guidance was a good indication of the appetite for sound corporate governance as a tool to enhance economic growth.

As with Sierra Leone, we have found that companies in other fragile or conflict-affected countries are eager for broader institutional improvements. Such was the case in Kosovo, which has made real progress in the years since the end of armed conflict, although significant gaps in the nation’s regulatory structure remain. For one company, these gaps meant that it could not legally diversify to the extent that would support future growth plans. IFC worked with company leaders to devise an internal corporate governance solution that became a good work-around. We are hopeful that the positive outcome will trigger action on legislative fixes.

3. Corporate governance reduces the risk of political interference in extremely volatile environments In fragile and conflict situations, one cannot overestimate the intensity of political pressure faced by companies. Pressure comes from multiple sources, including local and regional power players and national level influencers.

Companies in these markets cannot afford to completely disassociate from the political forces. But they can mitigate the pressures. Bringing together a strong and experienced management team gives them access to outside market leaders and influencers who are not affiliated with a political party. Adding capable and independent directors can balance out undue political influence on other board members, who may have ties to the ruling party or other conflicting interests.

Businesses in challenging markets are coming to understand that such changes can help them navigate difficult political waters. In Iraq, for instance, we have seen demand grow for professional directors. The recent launch of the country’s first independent institute of directors – created with IFC’s support – is helping to meet this demand, providing training for potential directors and building a database of qualified candidates.

4. Corporate governance gives companies a path out of the grey economy Opacity is a huge challenge in fragile and conflict markets. Following the money trail of capital accumulated during wartime can frequently lead nowhere. Companies that have found ways to operate in the midst of war or upheaval – a time when formalised market structure and adherence to the rule of law are often among the casualties – may not be able to provide a completely clear or historically accurate asset picture.

For potential investors, this lack of transparency raises major red flags. In general, investors are reluctant to provide financing for a firm that may have accumulated capital through uncertain means. Putting in place a strong information disclosure policy, along with other transparency safeguards, sends a positive message to investors that the company intends to address the information gaps going forward.

5. Most importantly, corporate governance sends a powerful message to a demoralised country and the outside world Beyond the news stories that rightfully call attention to the human cost of conflict and fragility, the under-reported reality in many unstable places is that life goes on. Companies and financial institutions continue to operate, albeit in severely curtailed form.

Stabilising such firms is a critical lifeline for countries in trouble. Adherence to governance policies and procedures offers direction for company boards and executives who may have suddenly ascended to leadership as others with more experience depart for safer circumstances. A systematic approach to corporate governance can instil a much-needed sense of business-as-usual. Meanwhile, clear protocols enable flexibility to quickly change course at a time when the external environment is definitely not business-as-usual.

When the immediate crisis is over and the economy begins to show signs of life, companies that have attended to governance fundamentals can move quicker to rebuild. They have in place tactics and strategy along with leaders who can move quickly to implement such plans. They also have greater ability to comply with new laws and regulations that will form the foundation of a revitalised economy.

Because IFC’s work takes us to some of the most difficult markets in the world, we understand the challenges faced by companies just trying to survive. We have experienced first-hand how difficult it is to sustain progress. But we also have been heartened by the perseverance of our clients, such as a prominent Afghan financial institution that is pushing ahead with major corporate governance improvements, despite so many other conflicting priorities. The reason? The bank is hoping to attract foreign investors who might otherwise not want to engage, given the instability of the market. Corporate governance is a key to unlocking that door.

Merima Zupcevic Buzadzic is IFC’s Corporate Governance Lead for the Europe and Central Asia region. Merima joined IFC in 2008, and has since been advising IFC and private sector stakeholders on company-level corporate governance risks and potential for improving company access to finance using good corporate governance principles. She has also worked with multiple regulators and government institutions throughout the region advising on Corporate Governance Codes and listing requirements.

Merima holds Master degrees from King’s College London and La Sapienza University in Rome. She is also a holder of INSEAD’s Certificate in Corporate Governance and is a published author on corporate governance and post-conflict political economy.