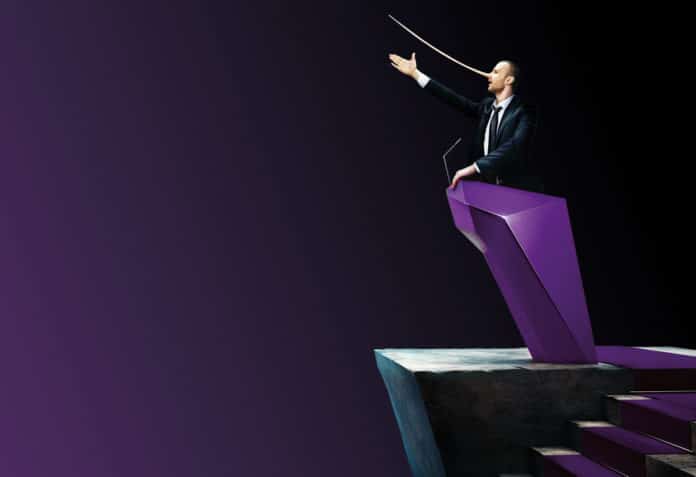 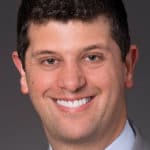 In virtually every activism campaign, hedge fund activists don the mantle of the shareholders’ champion and accuse the target company’s board and management of subpar corporate governance.

This claim to having ‘best practices of corporate governance’ at heart is hollow – even hypocritical – as evidenced by at least three examples: hedge fund activists actually undermine the shareholder franchise, they weaken the independence and diversity of the board, and they waffle on their anti-takeover protection stance.

Shareholders have a significant interest in maintaining their franchise: the right to elect directors, approve significant transactions such as a merger or the sale of all or a substantial part of the assets, or amend the charter of a corporation. Hedge fund activists promote themselves as ferocious proponents of this franchise and of ‘shareholder democracy’. In their campaigns, they demand shareholder votes on any matter that allegedly touches on shareholder rights, including areas where corporate law and the bylaws bestow authority on the board.

Yet, in most activism situations, activists seek to influence board decisions and obtain board seats through private settlement negotiations. The price of peace for the corporation is often accepting the addition of one or more activist representatives to the board to avoid the cost and disruption of a proxy contest. Notably, hedge fund activists will accuse directors of  ‘entrenchment’ if a board does not settle and instead opts to let the shareholders decide at the ballot box. This practice of entering into private settlements to appoint directors without a shareholder vote is, of course, directly contrary to the shareholder franchise. For this reason, major institutional investors have called publicly on companies to engage with a broader base of shareholders prior to settling with an activist.

In the same vein, activists habitually accuse directors of ‘disenfranchising shareholders’ when they refresh the board in the face of an activist campaign, arguing that a board must not appoint new directors without shareholder approval. Remarkably, all these concerns for the shareholder franchise quickly disappear once a company engages in settlement discussions with an activist. In private negotiations, activists commonly insist on an immediate appointment to the board. A board’s request to delay the appointment and allow shareholders to vote on an activist’s director designees at the annual meeting is usually met with fierce resistance.

Note also that in these private settlement negotiations, activists almost always seek recovery of their campaign expenses and companies typically agree to some level of payment. These demands for expense reimbursement are almost never submitted to shareholders for approval. While the proxy rules expressly require dissidents to disclose ‘whether the question of such reimbursement will be submitted to a vote of security holders’, an activist hedge fund’s interest in the shareholder franchise evaporates once the fund’s own wallet is concerned. All too often, it appears that the activists’ concern for the shareholder franchise is merely for public consumption.

2. Weakening board independence and diversity

The main target of most activist campaigns is the composition of a company’s board of directors. The business model of hedge fund activism is to identify undervalued public companies whose intrinsic value is substantially higher than the share price on the stock exchange. And if the stock market undervalues a company, then it is only fair to look to those in charge of the company: the board of directors. Consequently, activists often argue that a board needs a refresh, typically calling for ‘shareholder representatives’ and ‘industry experts’ to be appointed as directors.

Of course, activists are not interested in just any type of ‘shareholder representative’ in the boardroom. The preferred director candidate is a principal or employee of the activist hedge fund itself. The reason is that activists intend to use the influence in the boardroom to push aggressively for their own agenda. And, in most cases, that agenda is to push the company to take some strategic action that will return financial value to the hedge fund in the near-term – such as a quick sale at a premium – irrespective of the company’s long-term potential.

Often, an activist will also identify the need for more ‘industry experts’ to join the board and propose experts affiliated with the activist to be added. Activists may give lip service to the need for independent director candidates but when they have to choose between placing an independent candidate or themselves on the board, their preferred candidate is an activist principal or employee. Frequently, even if they passionately argued for ‘much-needed industry expertise’ beforehand, activists are quick to drop their independent board nominee in favour of a 30-something activist employee who lacks any significant relevant experience. This is particularly true for smaller activist hedge funds but is also evident at larger companies. Last year, ISS and the Investor Responsibility Research Center Institute (IRRC) published a study of the impact of activism on board refreshment at S&P 1500 companies targeted by activists.  The study found that activist nominees and directors appointed to boards by activists via settlements were nearly three times more likely to be ‘financial services professionals’ compared to directors appointed unilaterally by boards.

Moreover, while proxy advisory firms and key institutional investors increasingly demand more gender and ethnic diversity in boardrooms, most activist slates exclusively feature white, male director candidates. According to last year’s ISS/IRRC study, women comprised only 8.4 per cent of dissident nominees on proxy contest ballots and directors appointed via settlements with activists, and only 4.2 per cent of those candidates and directors were ethnically or racially diverse.

There are numerous other examples of corporate governance ‘best practices’ that activists tend to ignore in connection with their campaigns:

Activists love to attack companies for their takeover defences and perceived lack of ‘shareholder rights’. They crucify boards who dare to adopt a poison pill in response to a hostile bid or activist stake accumulation. They condemn bylaw amendments for ‘changing the rules of the game after the game has started’. And they deride classified boards as an outrageous entrenchment device whose sole purpose is to shield incumbent directors from the ballot box.

Against this backdrop, it is fascinating and educational to observe what sometimes happens once activists join a board. Activists claim to hate poison pills unless, of course, they were able to acquire a large stake of 15 to 25 per cent before the pill was adopted. In these cases, an activist is sometimes perfectly fine with capping other shareholders at 10 per cent or less because it ensures that the activist remains the largest shareholder with the most influence.

It is also not usual for an activist-controlled board to maintain the very same bylaws the activist previously voraciously attacked in the campaign. Sometimes, activists will limit shareholder rights even further. The rights to act by written consent and call special meetings tend to be among the victims. If shareholders can act by written consent or call special meetings to remove the board, insurgents do not have to wait for an annual shareholder meeting to wage a proxy fight. However, once activists are in charge of a boardroom, these shareholder rights primarily constitute a threat to their own control.

The last example is the classified board (aka ‘staggered board’). In a company with a classified board, only a fraction (usually, one third) of the board members are up for re-election every year. Activists are fierce opponents of classified boards. Classification makes it harder for them to win a proxy fight. For example, it is more difficult to win an election contest for three board seats on a nine-member board if only three board seats are up for election and not all nine directorships. Activists also like the intimidation factor of threatening a proxy fight for control of a board. It makes it easier to settle for two or three seats if the activist starts by demanding seven or more seats. Everything changes, of course, once an activist is on the board. Then, many activists are perfectly comfortable with with it being a classified board. In settlement negotiations, activists often fight hard to be in the director classes that are not up for re-election in the near term. Occasionally, they even suggest a ‘reshuffling’ of the director classes to achieve this. Activists also often refuse to leave a classified board after a standstill expires, arguing that they need to be allowed to serve out their three-year term – even if they previously campaigned for annual director elections.

In other words, when it comes to takeover defences, activists’ perspectives depend on whether they have control of the boardroom or not. When activists are successful in ‘conquering the castle’, there is sometimes little reluctance on their part to pull up the drawbridge.

These examples make clear that most activists really do not care about corporate governance all that much. So why are activists so focussed on corporate governance in their campaigns? For the same reason why politicians kiss babies during political campaigns: it plays well with the voters. Most institutional investors and the proxy advisory firms ISS and Glass Lewis care deeply about governance issues. That is because they believe, with some justification, that good corporate governance will create shareholder value in the long-term. The long term, of course, is rarely the game of activist hedge funds. Most of these funds have capital with relatively short lock-ups, which means that their own investors will be breathing down their neck if they do not deliver outsize returns within a year or two.

Many activists will admit after a few drinks that their professed passion for governance is only a means to an end. Activists preach so-called ‘best practices of corporate governance’ in every proxy fight because it is an effective way to smear an incumbent board and rile up the voters who do care about governance issues.

Hedge fund activists have been able to cloak themselves in the mantle of a shareholder champion while privately pushing to increase their own influence. Institutional investors and proxy advisory firms should not look to activist hedge funds as promoters of good corporate practices. Activists are no Robin Hoods. They care about good corporate governance just as much as they care about taking from the rich and giving to the poor.

Kai Haakon Liekefett is a partner of Sidley Austin LLP in New York and the chair of the firm’s Shareholder Activism Defense Team. He has over 18 years of experience in corporate law in New York, London, Germany, Hong Kong and Tokyo. He dedicates 100% of his time to defending companies against shareholder activism campaigns and proxy contests. Kai holds a Ph.D. from Freiburg University; an Executive MBA from Muenster Business School; and an LL.M., James Kent Scholar, from Columbia Law School. He is admitted to practice in New York and Germany. The opinions expressed in this article are those of the author and not necessarily those of Sidley Austin LLP or its clients.