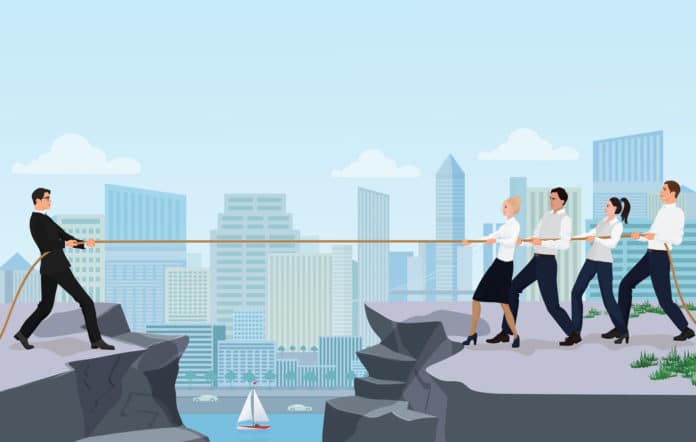 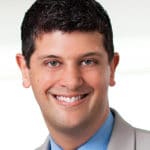 “We are no target for shareholder activists.” I hear this every other day from small and mid-cap companies (and sometimes even large caps) across the US and abroad, from executive officers, board members and others. Occasionally this assessment is correct. More often than not, however, it is not. It only reflects common misconceptions.

For example, many companies believe that shareholder activism is on the decline because they no longer read about it in the news all the time. In fact, shareholder activism is as prevalent as ever. There were 233 publicly reported activist campaigns in the US in 2016. Since many activism situations are resolved outside the public eye, we estimate that the actual number is at least 400 annually.

There are around 4,200 public companies in the US, which means that activists target approximately 10 per cent of corporate America, each year. Many small and mid-cap companies seem to believe that shareholder activism affects primarily larger companies. After all, the national media outlets report only proxy contests against the likes of Yahoo! and DuPont. Nothing could be further from the truth.

Last year, 52 per cent of all publicly reported activism campaigns and 83 per cent of all proxy contests targeted companies with a market capitalisation of under $1billion. In other words: it is high noon for small and mid-cap companies. And yet, many of them don’t realise this and don’t even own a gun – let alone the right types of bullets – for their highly likely showdown with an activist. This article describes five of the most egregious mistakes these woefully unprepared companies are making.

Mistake One: Inadequate charter and bylaws

Do you know what your charter and bylaws provide for contested director elections? Most public companies, in particular smaller ones, have hopelessly inadequate organisational documents for proxy fights. The problem is that they all have bylaws that were put in place many years ago, at the IPO stage.

Often these bylaws were drafted by a mid-level capital markets associate who pulled a form and filled in the blanks – but who has never seen a proxy fight. In an activism situation, every word in your bylaws matters and may take on new significance. In our practice, we find at least 10 to 15 mistakes and vulnerabilities in every set of bylaws that we review. For example, 90 per cent of all bylaws allow the board to adjourn a shareholder meeting only in the absence of a quorum. This works just fine in peacetime, but it is unfortunate if the company is in a proxy contest, narrowly behind in the proxy tally and would like to delay the meeting by a few days or even only hours to flip a voter.

The reality is that the organisational documents of most companies have never been reviewed by someone who fights proxy contests for a living. It is critical to retain a proxy fight specialist to review a company’s charter and bylaws – and not a regular outside securities counsel who most likely has never been involved in a proxy contest and thus does not know what to look for.

Most companies do not have an active shareholder rights plan (aka ‘poison pill’) to limit stock accumulations to a certain threshold (e.g. 10 per cent). In the absence of a specific threat, companies are generally advised not to adopt a poison pill because proxy advisory firms (ISS and Glass Lewis) and institutional investors generally oppose poison pills.

A shelf poison pill that cannot be adopted overnight is a tool than cannot serve its intended purpose when it’s needed most. If it takes a few days, the activist can continue adding shares to its already sizable stake and gain further tactical leverage over the company.

Even if a company has a fully operational poison pill on the shelf, its effectiveness as a defence measure is severally impaired without proper stock surveillance.

Most activists quietly amass a significant stake under the radar, called a ‘beachhead’. Most regulatory reporting regimes contain enough loopholes to enable a dawn raid by an activist. Most notably, in the US, an activist has 10 days after crossing the five per cent threshold before filing a Schedule 13D with the Securities and Exchange Commission. Shrewd activists use this 10-day window to buy as many shares as possible. For example, recently a company woke up to an initial Schedule 13D filing with a new 25 per cent activist shareholder – and the company had never even heard of the activist before the filing was made.

In an era of shareholder activism, it is therefore important to watch the trading in a company’s stock. Most small and mid-cap companies do not use a stock watch firm or they use a service that is not paying close enough attention. In fact, most stock watch firms only monitor basic trading metrics, which will do very little to help a company identify an activist lying in wait. Stock watch is more art than science. Only a handful of stock surveillance firms have their ear to the ground, read the tea leaves when reviewing a company’s daily transfer sheets and can give a company a head’s up in a case of rapid and furtive stock accumulation by an activist.

“I don’t need anyone to babysit me. If I can’t handle a one-on-one with a shareholder, I have no business being the CEO of this company,” the CEO of a billion-dollar market cap company told me when explaining why he did not need to hire activism advisors. Six months later, he was ‘retired’.

Many executives are eager to meet activists face to face – and they underestimate their adversary. The first meeting with an activist often comes as a shock: many activists are testing executives by intentionally pushing their buttons. And most activists are quite adept at this since they do this all the time (some are even trained by former CIA or FBI interrogators).

Most executives are successful businessmen who are used to people admiring and courting them. They are not used to open criticism, let alone an aggressive confrontation. The result is often disastrous. Many executives become first defensive, then aggressive and then say things they later regret – which is exactly what the activist was looking for. The activist will use these soundbites against the company in the ‘court of public opinion’ during a live campaign.

The problem is that in at least half of the situations we become involved in, the company has already been talking to the activist for weeks or even months – without prior preparation. Investor relations officers often do not even recognise investors as activists. Of course, everyone knows Carl Icahn, Pershing Square and Starboard, but there are more than 200 other activists operating in the US alone and many investor relations officers do not know them.

We have seen companies set up meetings even with the likes of ValueAct, Elliot and Raging Capital without knowing they are well-known activists. Uninformed investor relations officers also allow activist investors to ask questions on earnings calls, facilitating a public take-down of management in front of all the company’s major investors and analysts. The same happens at industry conferences: often the conference organisers are arranging for one-on-one meetings between activists and unwary companies – often with unfortunate consequences.

“Most executives are successful businessmen who are used to people admiring and courting them. They are not used to open criticism, let alone an aggressive confrontation. The result is often disastrous”

The take-away is that your company’s investor relations officer should run every inbound inquiry from new investors by activism specialists to identify activists in a timely manner and schedule a prep session before speaking with an activist by phone or in person.

Activist attacks rarely come out of the blue, but either way it is important to have a ‘break the glass in an emergency’ response plan.

Every company should retain a response team that includes an investment banker, special proxy fight counsel, regular outside counsel, PR firm and proxy solicitor – and designated personnel at the company. This response team should prepare a detailed response plan and standby press releases for the most likely contingencies (e.g. plain or aggressive Schedule 13D filing, nasty public letter, or an unsolicited takeover bid).

The team should get together on a call once a quarter to update the company on any threats or trends and to review the company’s shelf poison pill, bylaws and corporate governance practices to make sure they are state-of-the-art from a proxy fight perspective. Moreover, companies should take their board of directors through a ‘shareholder activism boot camp’, including a mock proxy contest.

In our experience, companies with a response plan in place are, in fact, less likely to ever have to ‘break the glass’ – these companies are one step ahead of the activists, making an attack much less likely.

We hear from many small and mid-cap companies that they are reluctant to invest time and effort into shareholder activism preparation. This never ceases to amaze me. In an era of shareholder activism, chances of an activist attack on your company are high and increasing.

If your company was not the target of an activism campaign in 2016, chances are high that you will confront one in the next year or so. It borders on malpractice not to prepare for this contingency. After all, everyone is buying homeowner’s insurance, though the likelihood of a fire is low. So why would you not insure your company against shareholder activism when the odds of being confronted by an aggressive activist are so much higher?

Dr. Kai Haakon Liekefett EBMA, LL.M. is the Head of the Shareholder Activism Response Team of Vinson & Elkins and a corporate partner with 15 years of experience practicing law in New York, Houston, London, Germany, Hong Kong and Tokyo. He has extensive experience advising companies around the world on how to respond to shareholder activism campaigns and proxy contests. Dr. Liekefett holds a Ph.D., from Freiburg University; an Executive MBA from Münster Business School; and an LL.M., James Kent Scholar, from Columbia Law School.  He is admitted to practice in New York, Texas and Germany. The opinions expressed in this article are those of the author and not necessarily those of Vinson & Elkins or its clients.