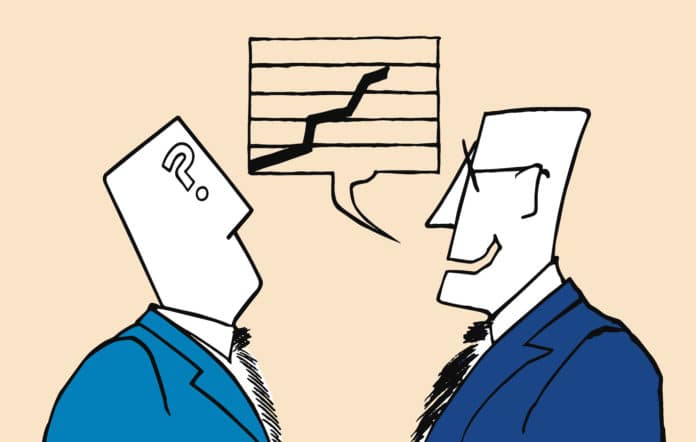 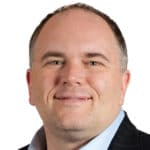 Shareholder activism has taken its place as a major feature on the corporate landscape, whether companies like it or not. Companies worldwide have seen an increase in the number of activist campaigns, with US investors leading the charge.

Interventions at companies headquartered in Europe were up 35 per cent from 2015 to 2016, a trend that shows no sign of slowing down in 2017. More and more campaigns are undertaken in Europe every year. For example, we have noticed a rapid increase in Germany; most likely activists have gained the confidence to tackle Germany’s two-tier board structure following TIC’s high-profile fight at Volkswagen. CBNC records a 170 per cent increase in activist campaigns in the UK since 2011.[1] With Activist Insight recording that in 2016, 67.5 per cent of activist campaigns were successful, they are an asset class to pay attention to. A question remains, however: how do you quantify success in activism – and success for who?

Understanding how activists get paid is fundamental to this discussion. Most activists charge a fee structure of two per cent of assets under management and 20 per cent for the success of specific trades. This 2:20 model focusses the activist on a few targets and when they proceed they have a high degree of certainty, given the reputational risk and the returns on the deep research conducted on the specific stocks, both internally and using external advisors. Success for the activist can be measured in three ways:

If an activist can achieve his/her objectives without calling a meeting or running a very media intensive campaign that is the best outcome. Secondly, putting those same demands to shareholders and getting them approved, either through a meeting or widespread pressure, allows the activist to continue to unlock value. Those are usually interim steps in a wider plan to create more value for all shareholders.

Activists’ objectives can tackle a variety of corporate issues, with the highest percentage focussing on board-related interventions. Activist Insight records that 49.5 per cent of all activist campaigns conducted in 2016 were board-related and 48.8 per cent have been so far in 2017. The second most common activist demand focuses on issues of governance. The ways in which an activist goes about achieving his/her aims will depend on geography and the size of the holding. In the US, activists tend to achieve their stated aim by building a stake in the company and then engaging the media to spread word about what they believe needs changing. They will publish open letters to the CEO along with letters to shareholders, imploring them to vote in line with the activists’ proposals.

European activism has frequently been considered to be a more private affair, with settlements being made behind closed doors and cooperation between the activist and the corporate being demonstrated. It is estimated that around 50 per cent of European activism never enters the public domain.[2] The US activist strategy has resulted in them being described as ‘corporate raiders’; however, a visible change in trends is occurring. We are seeing more European activists employing more US style tactics, including media fanfare, microsites and public feedback from other investors.

Activists won’t just launch into a proxy fight on a whim; they take their time to conduct extensive research and hire multiple advisers to support them in their campaign. Activists will invest the equivalent of one to three man years of research in private equity- style due diligence. Financial success for an activist comes from unlocking material value in the stock of the target. They take their time to unlock this value. They make money when the stock price of their target goes up as a result of achieving their aims directly, or subsequently when the company is taken out.

RBR demonstrated the virtue of patience after it successfully placed a nominee on the board of Gategroup in 2015. This meant that by 2016 it was well placed to realise greater value through the sale of Gategroup to HNA instead of remaining independent.

3. Marketing – attracting new clients from the success of an activist campaign

Critics are increasingly aggravated by activist campaigns that seek to boost their own profile. The Financial Times in 2014, published an article titled Activism has become a marketing strategy, in which it wrote that sentiment towards activism was short-term and opportunistic to catch the ear of the institutional investors.[3] Successful campaigns, particularly those that generate a large media buzz, will attract more investor clients to the activist. Bringing in more clients also creates incremental value and allows the activist to look at more opportunities and perhaps even bigger targets. This is where the two per cent of assets under management for their fees starts to kick in.

1. Activist takes a stake in the company and exits again without going public or making any demands

In some situations, an activist may take a stake in the company and exit again without attempting to implement any changes. This activity implies that the stock price has closed the valuation gap the activist originally identified.

Sherborne Investors, having successfully generated returns of an estimated 70 per cent at F&C Asset Management, invested in 3i. Its holding never evolved into an activist campaign with it exiting its five per cent holding with a 38 per cent gain. It then entered the stock at Electra Private Equity with the profit generated from 3i and, through a very public fight, was elected to the board. Ed Bramson, head of Sherborne Investors, was recently elected as interim CEO and he ousted the manager Electra Partners. Sherborne holds a 29.9 per cent stake.

“As classic investors recognise that activist input can create enhanced alpha for their portfolios, we will most likely see more support in European campaigns, similar to the US. Success is subjective. Understanding how boards are paid and how activists are paid holds the key to determining who success rewards the most”

It is easier to pick a stock and let the valuation gap narrow on its own without having to run a very public and acrimonious proxy fight. It is worth noting that activists don’t select targets specifically to run proxy fights, instead, in order to create more value, they pick good companies that are mispriced in the market where there are levers to be pulled. If the value can be realised without having to pull any levers, the activist will created value without spending fees for advisors.

2. Ensuring continued support for the existing management and strategy

Recently at GAM, a Swiss asset manager, investors backed the incumbent board over activist RBR’s dissident slate. Remarkably in this situation, shareholders (such as 19 per cent holder Silchester) backed management despite proxy advisors ISS and Glass Lewis recommending in favour of RBR’s nominees. Support from shareholders comes from ongoing and regular interaction with the management and the board. It requires a frank and honest dialogue.

3. The successful growth of the share price, as well as the divisional performance, and the reduction of costs

Much of the media coverage surrounding activism advises on how best to survive or resist an activist campaign. However, cooperation with a thoughtful activist can result in success for both sides. It begs the question; why don’t boards embrace more of the activist demands? Even so, it is unlikely that any activist will be met with open arms just yet, as companies continue to see activist involvement as negative. A NYSE Governance Services Report found that only 13 per cent of directors (polled from 300 directors of publicly traded US companies) would welcome an activist’s involvement and that 84 per cent believe it would create a negative distraction.[4]

Despite this, a McKinsey&Company study from 2014 concluded that shareholders ‘generally benefit’ from activist campaigns.[5] The study of 400 US activist campaigns found that the median activist campaign reverses the target company’s weakening performance and generates returns that persist for at least three years.

The debate wages on about whether an activist campaign is beneficial or detrimental for a company long term. For now it seems that activism tends to improve corporate performance, however few boards are likely to embrace any external meddling.

Activists are trying to create more value for all shareholders; their goals should be perfectly aligned with other investors and the board. Most investors who hold hundreds or thousands of stocks in their portfolio cannot dedicate the resources to push for change at their portfolio companies. As classic investors recognise that activist input can create enhanced alpha for their portfolios, we will most likely see more support for European campaigns, similar to those in the US.

Success is subjective. Understanding how boards are paid and how activists are paid holds the key to determining who success rewards the most.

Cas Sydorowitz has been with Georgeson since 1998, bringing with him five years’ experience in international investor relations and shareholder identification. Cas is responsible for Georgeson’s Northern European Proxy and Corporate Advisory business.

Cas has an expert knowledge of global proxy voting mechanics and key governance matters affecting issuers and shareholders globally. Having worked for several activists and against many more he has in-depth experience to support investors or issuers in complex, sensitive activist campaigns.

Cas, while a New Yorker, has been in London for 12 years. He maintains membership in the ICGN, a global governance-related organisation that set the agenda for the global governance debate between issuers and shareholders. He has participated in various industry organisations including the Shareholder Voting Working Group in the UK and European Industry working committees on Target 2 Securities, Legal Certainty and the Working Group for Market Standards for General Meetings