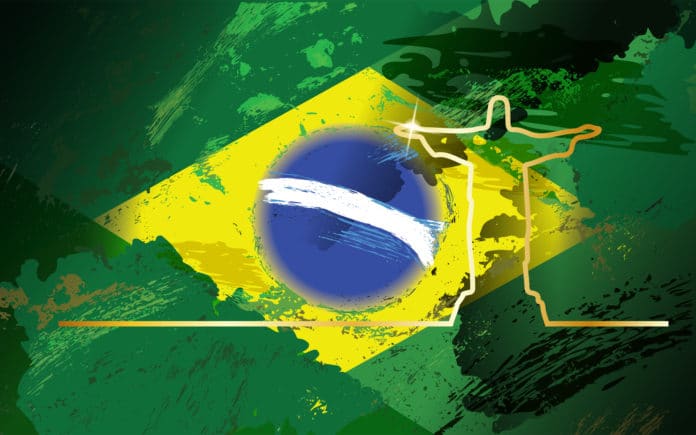 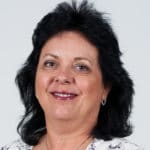 Corruption is not a new problem for Brazil as it is not (despite different levels) in other developing countries – even the most developed ones. However, the proportion and the broad impact of recent corruption scandals have given a boost to major reforms in the landscape of corporate governance. Maybe it is too early to predict any concrete results, but there are clear signs that misconduct is becoming less and less tolerated.

Firstly, it is imperative to acknowledge the role played by the so-called ‘Lava-Jato’ (Car Wash) investigation. Initiated in March 2014, the Lava-Jato Operation is an investigation into the years in which a cartel of large contractors paid bribes to executives from Petrobras, Brazil’s largest state-owned enterprise (SOE) and other public officials – including leaders of political parties – to carry out overpriced works for the oil and gas company. The fees associated with the crimes so far reported total R$6.4billion (around $2billion), according to estimates from the Federal Public Prosecution Office (MPF). The magnitude of the damage was such that it contributed strongly to the impeachment of the former President Dilma Rousseff (completed by the end of September 2016), although the technical reasons for the outcome were not the crimes investigated by Lava-Jato.

Besides the fuss caused by Lava-Jato, two other wide-ranging cases have targeted VIPs from the business world: the Zelotes and Greenfield investigations. The former erupted in 2015 and investigated the fees paid by companies to members of the Board of Tax Appeals (CARF), the body responsible for judging fines imposed by the International Revenue Service (IRS). The latter has investigated fraudulent activities that allowed pension funds sponsored by SOEs, under the influence of political parties, to invest in overvalued assets.

Cases such as these illustrate major failures of corporate governance: lack of effectiveness of compliance programmes and risk management systems; lack of mechanisms for prevention and resolution of conflict of interests; and prevalence of party-political interests in the selection of managers of state-owned enterprises. The most pessimistic person could simply regret the occurrence of these problems, but the willingness to correct them today is greater due to pressure from the Brazilian society and its need to improve transparency.

Whenever the intention is to improve governance, the course historically taken has been to reinforce regulation – a concept that includes both legislation and self-regulation. What this regulatory pendulum also shows is that we have got into the habit of managing serious governance challenges by coping with its form rather than with its essence. After a period of some accommodation, resulting from the economic bonanza of the second half of the last decade, we are now trying again to make progress in the formalisation of governance practices – external rules and organisations’ internal procedures.

In response to corruption scandals and economic downturn, there is a new and unusual wave of regulation. We can mention various initiatives currently underway or recently completed, aimed at strengthening the governance of Brazilian companies and institutions. The Brazilian Anti-Corruption Law was finally regulated in 2015, two years after its enactment, turning compliance programmes into key tools for companies accused of acts against the public administration. In the same year, the former Controladoria Geral da União (CGU, now the Ministry of Transparency, Supervision and Control) published integrity handbooks for private and state-owned companies and São Paulo Stock Exchange launched a programme designed to improve the governance of listed SOEs.

More reforms began in 2016. SOEs have gained a new law, which has an entire chapter dedicated to corporate governance, inspired by the São Paulo Stock Exchange’s programme. By the way, the São Paulo Stock Exchange is reviewing the rules of its special listing segments with differentiated governance practices. Reporting on a ‘comply or explain’ approach to the provisions of the brand new Brazilian Corporate Governance Code for listed companies is about to become mandatory.

The regulatory move does not involve companies only. Institutional investors are also acting to evolve: the organisation that represents Brazilian pension funds (ABRAPP) launched a self-regulation code for its members and the Association of Investors in Capital Markets (AMEC) also created its own stewardship code.

The evolution in formal aspects is clear-cut, especially if one takes into account the previous two decades, a period in which the concept of corporate governance has been strengthened and disseminated. Debate on good practices began to be shaped during the 1990s in Brazil with the opening of national markets and privatisations in an environment that still had no protection for minority shareholders and no governance rules for corporations. In 1995, a group of pioneers founded the Brazilian Institute of Corporate Directors (IBCA) with the mission of strengthening the work of boards of directors. At that time, the concept of ‘corporate governance’ wasn’t yet translated into Portuguese.

Soon, the discussions started to be extended to include themes such as property, management, board of auditors, independent auditing and stakeholders, among other issues. They resulted in the change of names from IBCA to Brazilian Institute of Corporate Governance (IBGC) in 1999. In that same year, IBGC released the first edition of its Code of Best Practices of Corporate Governance, the first of its kind in Brazil. Although its adoption was voluntary, the concept of the Code was very well received.

The development of Novo Mercado, São Paulo Stock Exchange’s special listing segment launched in 2000, reinforced the principle of ‘one share, one vote’, accepting only companies that issued common shares, and granted minority shareholders tag along rights on a 100 per cent basis of the price paid to the controlling shareholder. The idea of independent board members, today so widespread, became the rule of this segment only in 2006, when 20 per cent of board members would have to be professionals adhering to minimum independence requirements.

“In response to corruption scandals and economic downturn, there is a new and unusual wave of regulation”

Those measures were important to prepare markets for the coming years, when most initial public offerings (IPOs) would choose Novo Mercado with strong support from foreign investors. Such ingredients helped to develop an aura of good governance for the special listing segments, albeit subject to criticism. From June 2001 to June 2016, IGC – the São Paulo’s Stock Exchange index made up of companies listed on special segments (Novo Mercado, Level 2 and Level 1) – has consistently outperformed Ibovespa, the main composite index of Brazil’s stock exchange activity: 795 per cent versus 353 per cent of nominal gains, respectively, in 15 years. In the same period, 253 companies joined some special segment of corporate governance.

From a historical perspective, it is also worth mentioning the Law 11,638/2007 that established international financial reporting standards (IFRS) in Brazil, as well as the creation in 2009 of the reference form, a document that substantially expanded the range of information disclosed by companies regulated by the Securities and Exchange Commission of Brazil (CVM).

When we think about the evolution of corporate governance in Brazil, the question is whether we are going beyond form and appearance. Regulation and formal adoption of good practices are not sufficient. It is necessary to ensure that the ecosystems, formed by internal and external factors of companies, will actually work, operate in a virtuous cycle and deserve the trust of agents who, in fact, expect good governance.

A business environment with greater geographic integration, technological sophistication and regulatory complexities amplifies the challenges to achieve corporate objectives and requires more elaborate strategic decisions. The multiplicity of relations that organisations establish with a variety of audiences also increases risks.

Issued on November 2015, the last edition of IBGC’s Code of Best Practices of Corporate Governance reflects this scenario, highlighting today’s most vexing issues. We highlighted the principles of corporate governance, so that the practices reflect the essence of the recommendations, going beyond formal structures and mechanisms. We also stress the need for migration from the exclusive focus on shareholder – seen as a source for the disregard of environmental aspects, social and governance (ESG) – for a broader view, which includes the concerns of all stakeholders.

According to the Code, corporate governance is the system by which companies and other organisations are managed, monitored and motivated, involving relations among partners, board of directors, management, supervisory and controlling bodies and other stakeholders. Good practices convert basic principles into objective recommendations, aligning interests with the purpose of preserving and optimising the organisation’s long-term economic value, facilitating its access to resources and helping to enhance management quality, its durability and benefits generated for society as a whole.

Putting into place and strengthening the compliance structures are only the first few steps. The more advanced stage is the development of an ethical culture, based on the belief that reputation has economic value and that, despite all challenges, companies that practise ethical values inspired by their leaders are more likely to stay in business longer. Hence, the tone set by the leadership is crucial.

The message is an invitation to board members and other governance agents to take a new approach to decision-making, considering the impacts and expectations of an increasingly diverse and complex set of stakeholders. Ethical principles are the basis for these deliberations. To encourage this to happen we made it clear that the ultimate goal of good governance is not only good performance or longevity of the business, but the common good.

Heloisa B. Bedicks has been the managing director of Instituto Brasileiro de Governança Corporativa – IBGC (Brazilian Institute of Corporate Governance) since 2001.She serves on the board of ACAF, the Association of the Sponsors of the Brazilian Takeover Panel, and on the Executive Committee of the GNDI – Global Network of Director Institutes.