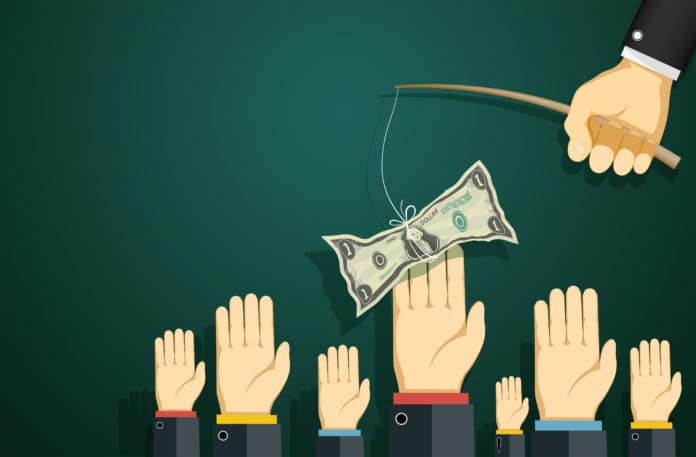 If the rule of law is not adequately enforced, it will be impossible to stanch corruption. In turn, it is not by chance that multinational companies face the most problems with bribery in countries with debased governments.

The most common bribery-related risk facing multinational companies and their third-party vendors is unadulterated extortion by government officials.

Simply put, in high-risk countries, it is either pay bribes or do not plan on doing business in that country. Therefore, the simplistic anti-bribery efforts many companies have implemented over the years are not effective. The reason, all but invariably overlooked, is the fact that in high-risk countries it is corrupt officials who are calling the shots, not a multinational company’s management or its local vendors.

Often, company employees pay off corrupt officials not just to ‘speed up the process’ but also because these same employees often do not feel confident that they can successfully pursue legal courses of action, are afraid that going ‘against the grain’ will jeopardise operations – or both. One example of a problem is when ‘clearance by customs’ is not provided in a timely manner – deadlines are missed or perishable goods may be lost.

Another and often dangerous scenario occurs when bribes are ‘requested’ by members of law enforcement, who are supposed to be protecting people and assets from crime. Foreign company personnel quickly come to realise that reaching out to local law enforcement for assistance is not only all but useless, and doing so only encourages even more ‘requests’ for bribes.

Such practices flourish in countries where the rule of law is not adequately enforced and thus corruption is widespread throughout such a country’s governmental operations – and, typically, up to the highest levels. The collector of an extortion payment usually only keeps a percentage of the money received, with the remainder of the bribe money passed up the food chain for others’ consumption. Further, money extorted by corrupt officials is often used to keep these same corrupt officials in power, fund other nefarious activities – or both.

In fact, the degree of extortion perpetrated by public officials in a high-risk country is symptomatic of how endemic, tolerated and accepted is corruption as a cultural norm. Therefore, in low-integrity countries, it is all but impossible to work around corrupt officials as the flow of extorted money up the food chain invariably short-circuits investigation and prosecution of corrupt officials.

In fact, even worse is common. As problematic as extortion can be for major multinational companies operating in low- integrity countries, things can be ruinous for smaller companies. For example, in 2008 I was kidnapped while working in a high-risk country because my client refused to pay a provincial police chief’s extortion demand.

The client wanted to bring in trucks to his own local manufacturing facility to reposition some equipment as he was planning to expand operations by turning over some operations to a third party and expand his finished product operations in another facility. Someone who is still unclear, fuelled a rumour that jobs were leaving the community and the police chief took advantage of the resultant worker unrest to extort money to ‘keep a public road secure’.

The client refused to give into this extortion demand. In turn, the police chief had the foreigners onsite – including me – detained, arrested and then imprisoned. We were held in deplorable and harsh conditions for 31 days. The US Embassy formally called it a kidnapping; even so, the local police chief then demanded more money for our freedom.

Further, after we were finally released, we were then prevented from leaving the country for another two months via the complicity of other police officials in the country’s capital. Even worse, while we were detained, all my client’s vehicles and contracted trucks were seized, equipment looted and one of his plants was burned to the ground.

I cannot over-stress the fact that officials in low-integrity countries are hungry predators – and once a company gives in to extortion, it only gets worse. As corrupt officials are typically poorly paid, bribe payments are their main source of personal revenue. As such, corruption flourishes.

Ironically, anti-bribery compliance has turned into a cash cow industry. Companies throw money at everything – except the actual problem. Even worse, many of the service providers in this space do not understand the root problem, nor are they qualified to provide effective guidance.

Compounding the mess, multinationals are increasingly relying on third parties and thus also increasing their risk exposure as they have precious little leverage to implement effective compliance efforts by their vendors.

At best, current practice is to rely on internet-based due diligence with vendors. Invariable, however, this is not an effective way to conduct meaningful third-party due diligence. Reasons include that there is no ‘one size fits all’ when it comes to third party due diligence. Therefore, specific risks need to be identified on a case by case basis and then the necessary resources applied accordingly.

Not least of the problems to be overcome is that what is needed to obtain legal as well as valid information while conducting third party due diligence invariably differs from country to country and often even within a single country. Additionally, in many high-risk countries, the internet has yet to reach the government. In fact, a lack of online data both undermines transparency, as well as governmental operations and so facilitates opportunities for even more shakedowns. As such, local knowledge trumps anything that can be obtained online.

International ‘desktop due diligence’ is thus a myth. Multinational companies therefore need reliable partners with strong local networks to conduct due diligence as records must be manually obtained and direct interviews conducted.

Reasons for direct research include home office compliance management is often oblivious to the fact that thriving counterfeit and fraudulent document provider marketplaces exist in many high-risk countries. Whatever bogus material is needed can be readily obtained, even false identification to a notarised document, backdated a decade or more.

At its most basic level, the key concern when conducting due diligence on third-party business partners is: are they conducting business ethically and transparently? The reality is that most multinational companies have nary a clue.

Even more alarming is the fact that third parties are more often further subcontracting out business to other local companies, who are completely unknown to the first party. As such, it is imperative for a multinational to map out its entire supply chain.

Effective training is also essential, especially in high-risk countries. Both employees and third-party vendors must fully understand as well as appreciate what conduct is allowed and what is prohibited. It is imperative that a company clearly spells out that noncompliance will not be tolerated. Action steps include documenting proof of third-party compliance training activities, audit privileges duly understood, as well as walk-away clauses in place.

Further, an effective whistleblower line can be a multinational’s first line of defence in the field. At the same time, whistleblower hotlines cannot be shunted to rote script responders, routed into Google Translate for translation or – even worse – passed along to a generic, probably not duly vetted and thus potential security risk third party for translation and processing.

Effective whistleblower lines thus must be staffed by trained investigators, who are fluent in the local language(s) and know how best to ask the appropriate questions to obtain as much relevant and detailed information as possible while fielding potentially sensitive reports from a whistleblower. Cultural sensitivity is imperative.

Cultural sensitivity also facilitates other efforts. When operating in high-risk environments, it is advisable to create a strong local network to develop a truly effective understanding of local conditions in general as well as forestall any undue requests made by local officials. While the settings may be different, mingling is mingling and positive relationships are possible to develop.

Expatriates should also remember that embassies offer a wide range of information and support. Embassy personnel are also local residents and so know the culture and domestic organisations well.

“At its most basic level, the key concern when conducting due diligence on third-party business partners is: are they conducting business ethically and transparently?”

Even so, despite best efforts, extortion will be experienced. And when it does occur, incidents should be faithfully recorded and duly reported without delay as a defensive measure.

Even if a company effectively undertakes all the above efforts as well as strives internally to be as ethical an organisation as possible, if that company conducts business with unethical parties and/or other businesses operating in the same setting are giving into extortion demands, it all but impossible to operate both ethically and profitably.

Companies thus need to seek out, vet, and support local efforts that expose corruption to public scrutiny. In this regard, I have seen a recent explosion of inspired homegrown approaches to combating corruption.

For example, I recently spoke with the CEO of an India-based software company about his efforts to counter corruption. Corruption is a serious impediment to not only his company, but also to his community.

In response, he created a non-profit and assigned a team of his best employees to develop an anti-corruption phone app with an integrated web-based platform that would make it possible for ordinary citizens to report corruption to the proper authorities in real time as well as post their reports on social media for public distribution, exposure and comment.

His team spent over half a year developing the app and website. After beta testing, this first-of-its-kind app was officially launched recently in partnership with his provincial government. Even better, this app can be readily migrated to anywhere where smartphones are commonly used and will operate all but autonomously at minimal cost.

Multinationals have the ability through their local agents to seek out and then support the implementation of similar proactive initiatives in other low-integrity settings, including those where a multinational may not have a direct physical presence.

It is crucial to appreciate that when corruption is tolerated, it affects the entire food chain. Both residents and multinationals alike suffer all manner of adverse consequences from the cancer that is corruption. Distant corporate headquarters cannot simply promulgate policies and practices; rather, they must support the efforts of those on the front lines.

To successfully combat corruption, it is thus imperative that multinationals work in concert with locals, other companies, anti-corruption NGOs and ethical anti-corruption enforcement officials to confront the underlying root problem: corrupt local officials. 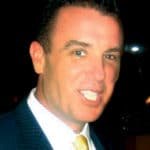 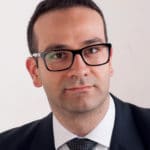 The power of positive deviance in compliance