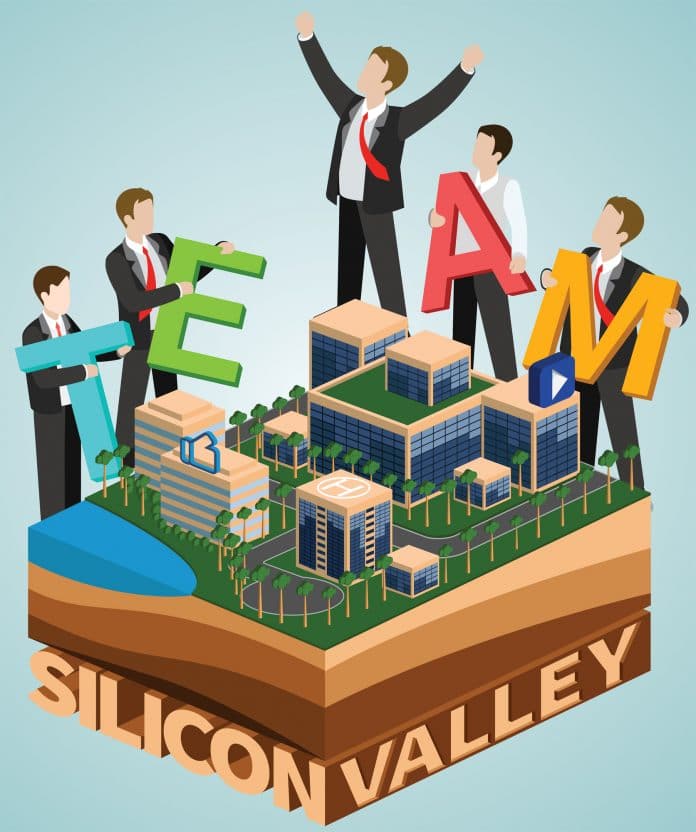 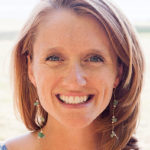 By Natasha Lamb, Director of Equity Research and Shareholder Engagement and a portfolio manager, Arjuna Capital

It’s no secret that Silicon Valley has a problem with women. For starters, there aren’t many. Women are almost absent from the boardroom, ocuppy a mere 11 per cent of executive positions and make up only a quarter of the workforce.

So what is causing this gap in talent? Is it simply a boy’s club culture or are there deeper structural biases at work? Companies and investors are turning to the gender pay gap for answers. It’s a simple idea. If you want to attract and retain top female talent – pay them more. That is, pay them fairly. Equal pay for equal work is the top priority of working women, according to a recent AFL-CIO survey.¹

Yet at the current rate of change, women won’t achieve pay equity for another 40 years. On a national level, women, who are paid an average of 78 cents for every dollar men earn will not catch up with their male colleagues until 2058. And, in the technology industry, which struggles to recruit and retain a gender diverse workforce, women earn on average nearly $10,000 less than men.²

If companies choose to address the gap head on, the business repercussions are strikingly positive, particularly in the technology industry, for which diversity is a key competitive factor.

Leading consultants, including McKinsey Global and EY, advocate gender pay parity as a critical means to promote diversity, which leads to improved financial outcomes, working dynamics and productivity. But, most importantly for the tech sector, gender diversity is critical to innovation. The Journal of Innovation Management Policy & Practice found that gender-diverse teams “foster novel solutions leading to radical innovation”.³

Of course, closing the gender pay gap is not a panacea for an industry and culture struggling with discrimination. But it is a step in the right direction toward addressing deep structural biases that keep women and businesses from reaching their full potential.

A growing movement to close the gap

Some companies are starting to take the lead. This February, Intel stepped out as the first major technology company to not only commit to gender pay equity, but to report 100 per cent fair pay. In March, Apple followed suit, committing to close the gender pay gap and reporting 99.6 per cent equal base pay among its employees. Intel and Apple joined the ranks of very few US companies – including The Gap, Salesforce.com and GoDaddy – that have been accountable and transparent in their commitment to pay equity.

“eBay’s board made an ill-timed commitment to publicly oppose a pay gap proposal only 48 hours prior to Patricia Arquette’s rallying cry at the Oscars, where she called for “wage equality for once and for all”

These moves came in the wake of investor pressure to close the gender pay gap. Sustainable investment manager Arjuna Capital, a division of Baldwin Brothers Inc, has been pressing Big Tech to address the pay gap since 2014. After filing a first-of-its-kind shareholder proposal asking eBay to close the gender pay gap, the ballot measure went to a vote of shareholders last spring. And, coincidentally, Salesforce’s CEO came out one week ahead of the vote to commit to pay women fairly at the tech giant. Since that time, the company has handed out $3million in raises to female employees. 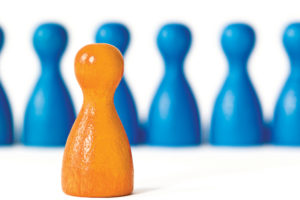 This year, Arjuna expanded its campaign throughout Silicon Valley, asking Apple, Intel, Google, Amazon, Facebook, Microsoft, Expedia and Adobe to commit to equal pay. Arjuna withdrew its proposals with Apple, Intel and Expedia in light of their proactive leadership and successive public commitments. So in lieu of a shareholder vote on whether Apple should close the gender pay gap at the company’s annual meeting this March, CEO Tim Cook took the opportunity to assure shareholders it was a top priority.

Does it pay to be defensive?

But some companies have gone on the defensive. In January, Amazon attempted to block Arjuna’s pay gap ballot measure from going to a vote of shareholders at the Securities and Exchange Commission (SEC), arguing the gender pay gap was too “inherently vague” a subject for investors to weigh in on. In March, the SEC ruled against the online retailer, upholding investors’ right to vote on a significant social policy issue with a clear nexus to the company. In fact, The Seattle Times, which reports the city’s pay gap has ballooned, went so far as to ask, “Did Amazon’s growth widen the gender pay gap in Seattle?”, while Glassdoor’s 2014 Tech Company Base Salary Comparison By Gender reports women software development engineers at Amazon earn $10,150 less than their male colleagues. Only after Amazon’s public stumble at the SEC did the company change its tune and commit to pay women fairly.

Amazon is not the first to take a defensive approach to gender pay equity. Last February, eBay’s board made an ill-timed commitment to publicly oppose a pay gap proposal only 48 hours prior to Patricia Arquette’s rallying cry at the Oscars, where she called for “wage equality for once and for all”. eBay’s defensive posture cast the company in a poor light, while social media ramped up its drumbeat for fair pay. When the first-of-its-kind measure went to a vote of shareholders last May, it did so without management’s endorsement – a poor reflection on the company’s culture.

A closer look at the numbers

So why is Silicon Valley under the microscope? Let’s look at the numbers:

■ Silicon Valley has half the number of women on boards – only 10 per cent of board directors are women, compared to 20 per cent of S&P 100 companies 4

■ Women occupy only 11 per cent of executive positions

■ 41 per cent of qualified entry level technologists are women, yet 56 per cent of women leave the field mid-career

These numbers create cause for concern on many levels, but what is increasingly clear is that tech’s failure to create diverse teams is bad for business. Silicon Valley lives and dies on innovation and diversity is a key contributing factor. If companies cannot attract and retain top talent, including women, how can they compete?

“It is clear that if companies are to benefit from more women in leadership roles, they need to incent them the same as their male counterparts”

A substantial body of research shows that gender-diverse teams are more productive and innovative than homogenous ones. The National Center for Women and Information Technology reports key benefits include better financial performance, team dynamics and employee performance.

Big four consultant EY took an internal temperature, finding a measurable financial return associated with gender balance within EY teams, after analysing 22,000 audit engagements. Yet EY notes “that many organisations still suffer from a lack of alignment between their diversity ambitions and their business strategy”.5 It is clear that if companies are to benefit from more women in leadership roles, they need to incent them the same as their male counterparts.

And then there’s the question of liability

Despite all the evidence exposing the benefits of gender diverse teams, if companies choose to ignore the opportunity to act in their own enlightened self interest by closing the gender pay gap, they still can’t ignore the issue.

Regulation risk is ramping up across the US. Equal pay for equal work has been a rallying cry in the current presidential election. And while federal legislation in the form of the Paycheck Fairness Act sits before a divided Congress, states are pressing forward with their own initiatives. The strictest fair pay law to date was put into effect in California on 1 January of this year, requiring employers to legitimately justify gender pay differentials. Arjuna Capital testified before the Massachusetts legislature last June in support of a similar bill to strengthen equal pay laws in the Commonwealth. And other measures are underway in New Jersey and New York. What is strikingly clear is that existing equal pay laws have not addressed the problem. Women are still paid less than men and it’s bad for business.

Across the pond, transparency in pay is now an official priority. The United Kingdom has a gap similar to that in the US, where women earn a mere 80p to the pound compared to men. But by 2018, all UK companies with more than 250 employees will be required to publish their gender pay numbers.6

Smart companies will step out ahead of the legislation and commit to closing the gender pay gap today.

Don’t forget about equity – and by that we mean stock

While the focus on cash compensation is all well and good, companies also need to take a closer look at ownership, which can comprise an overwhelming chunk of the total compensation package. Following its engagement with Arjuna, Expedia is the first company to commit to assessing pay disparities across all forms of compensation, including equity. Apple has reported the gap according to base pay and Intel has gone a step further, reporting out on all cash compensation, including bonus. But Expedia is taking it further still, analysing how women show up in terms of their stock ownership. This is by far the most comprehensive commitment to pay equity to date, setting a new standard for full gender pay accounting.

As you work your way up the ladder, mind the gap

One thing is clear, the higher they climb, the less women are paid. According to the United Nations, the gender pay gap tends to widen with seniority, experience, and age.7 So for companies hoping to realise the full benefits of gender diversity, they need to take a close look at this skewed fissure. GoDaddy, the first tech company to release pay gap data, found women in executive positions earned less than men. Closing that gap will incent more women into leadership positions. But it won’t happen without bold leadership. Added benefit? More women at the top will also change the culture.

Natasha Lamb is the Director of Equity Research and Shareholder Engagement and a portfolio manager at Arjuna Capital. Specializing in the integration of sustainability and shareholder value creation, Natasha integrates Environmental Social and Governance (ESG) factors into fundamental investment decisions, while engaging corporate leadership to improve performance through shareholder proposals, dialog, and public policy advocacy. In 2013 Natasha was nominated for the SRI service award for engaging natural gas companies on high global warming potential methane emissions.  In 2014, her landmark negotiation with Exxon Mobil led to the company’s first public report on global warming and carbon asset risk. In 2015, Natasha began engaging the technology sector on gender pay equity.   She is a trustee of The Food Project and Chairman of the Crane Institute of Sustainability, which hosts the Intentionally Designed Endowments Network.  Natasha teaches sustainable investing at Pinchot University, a pioneer in sustainable business education. She holds an M.B.A in Sustainable Business from Pinchot and received her B.A. cum laude from Mount Holyoke College.

Diversity in the boardroom…….does it deliver long term value?

Gender Diversity in the UK: Imbalance in the Boardroom