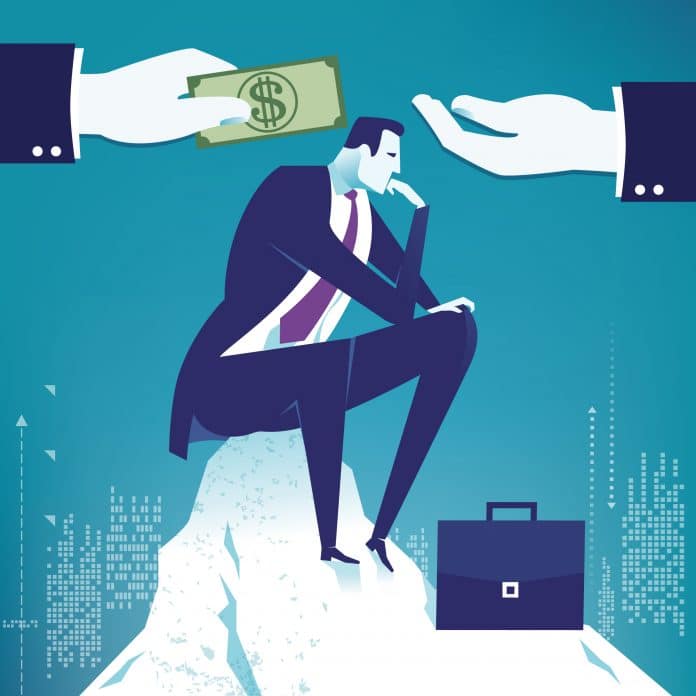 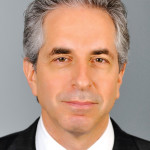 Shareholder activism has taken the investment community by storm during the past five years and is now considered to be a mainstream form of investing. According to Hedge Fund Research, the war chests of activist funds skyrocketed to a stunning $121.8billion in assets under management in the third quarter of 2015.

Institutional investors of all form – from public pension funds and college endowment funds to family offices – are deploying a growing percentage of their assets with activist funds. Even retail investors can now obtain exposure to an activist investment strategy by investing in open-ended mutual fund[s] whose strategy is to invest in securities of companies subject to activist campaigns. Shareholder activism is showing no signs of slowing down as the number of activists continues to grow.

Shareholder activism has redefined the manner in which boards of public companies have engaged with their shareholders and responded to overtures by activists. Prior to the uptick in shareholder activism, portfolio companies and their advisors frowned upon activists, viewing them as unsophisticated agitators whose sole agenda was to reap quick returns on their investment at the expense of the long-term growth of the subject company. As a result, it was common for boards to immediately put up defensive measures when an activist surfaced and take proxy contests to a vote even when it usually made more sense to work towards a settlement.

Today, boards and their advisors generally realise that activists can be extremely sophisticated and are more open to engaging with activists in order to understand and implement their ideas for maximising shareholder value. This, in turn, has led to more constructive settlements resulting in the voluntary appointment of activists and their representatives as directors.

Despite this general view that activists have shed their negative image in boardrooms and boards are more willing to engage with activists than ever before, we are seeing a growing subset of shareholders who are not getting the same treatment from boards and their advisors as the typical activist players. Unlike well-known activists, such as Elliott, Pershing Square and Starboard, a new breed of activists comprised of shareholders who have been historically passive are now for the first time engaging in various forms of activism, from behind-the-scenes dialogue with management to full blown letter-writing campaigns and election contests. These shareholders, or ‘reluctavists’, who have in the past been reluctant to take an activist posture with respect to their investments, are now joining the traditional, pure-play activists that have historically dominated this space.

As the leading law firm to shareholder activists in the United States, having been involved in more than 90 activist situations this year alone, we have had the benefit of gaining significant insight into the ongoing evolution of the types of shareholders seeking to influence the management of their portfolio companies. Our activist group is seeing a significant increase in the number of first-time, traditionally passive investors who are seeking our advice with respect to potential activist campaigns.

These reluctavists are predominantly deep-value investors who had historically made passive, long-term investments in a concentrated portfolio of securities. They took a strict bottom-up, fundamental approach to selecting their investments and had no intention of communicating with company management other than during earnings calls and analyst days. These shareholders would only file Schedules 13G (permitted to be filed in lieu of a Schedule 13D by shareholders who are passive for SEC reporting purposes) to report their more than five per cent positions.

In the event an investment was underperforming, they would merely sell the stock and move on. Seeking to influence the board and management to effect change at a struggling portfolio company was rarely an option for them. If these shareholders even considered the prospect of taking an activist posture with respect to a struggling or failed investment, they ultimately decided to sell the stock and take the loss, either because they did not have the expertise to implement an activist campaign or they were concerned that the stigma once associated with activism would harm their franchise.

We are now seeing a pronounced shift in the types of market participants that are engaging in activism. Recognising the success of pure-play activists and the accolades portfolio managers, such as Jeffrey Smith of Starboard Value and Jeffrey Ubben of ValueAct, have received for creating tangible value at their portfolio companies, traditionally passive investors are now utilising activist strategies as catalysts for their investments. While some traditionally passive investors are engaging in activism for the first time as a last resort to resuscitate a failed investment or to address operational or corporate governance concerns that surfaced after their initial investment was made, others are reevaluating their entire portfolios to determine whether the implementation of an activist strategy could boost returns.  Some traditionally passive investors are even taking positions in undervalued companies with the sole purpose of unlocking value based on a predetermined activist strategy.

By way of example, we are currently representing RiverNorth Capital Management, LLC in its first proxy contest against Fifth Street Finance Corp, a specialty finance company that provides custom-tailored financing solutions to small- and mid-sized companies. Prior to this representation, RiverNorth only took passive positions in its portfolio companies. Recognising the significant underperformance of its investment in Fifth Street, driven by conflicts of interest on the board of directors and abusive management fee structure under its investment advisory agreement with its external manager, RiverNorth has nominated a competing slate of directors for election at the 2016 annual meeting of stockholders of Fifth Street and has submitted a business proposal for consideration at the meeting to terminate the investment advisory agreement. This represents a significant departure from RiverNorth’s historical practice of merely walking away from an underperforming investment. RiverNorth believes that if it prevails in the proxy contest, it can unlock significant shareholder value by implementing an action plan to reduce the fees charged under the investment advisory agreement and increase the size of the company’s stock buyback programme.

We similarly represented H Partners Management LLC in its unprecedented withhold campaign victory at Tempur Sealy International, Inc, the world’s largest bedding provider. H Partners was initially a passive investor in Tempur Sealy’s predecessor Tempur-Pedic International Inc. Having been invested in the company since 2012, H Partners became increasingly frustrated with Tempur Sealy’s deteriorating performance and poor governance as well as the shortcomings of its CEO. Seeking to put Tempur Sealy back on track towards significant value creation, H Partners launched a withhold campaign, soliciting the support of shareholders to ‘vote against’ the re-election of three director candidates at Tempur Sealy’s  2015 annual meeting. Shareholders overwhelmingly voted against the re-election of all three of the directors targeted by H Partners, which included the chairman, the CEO and the chair of the nominating and corporate governance committee. Only following the annual meeting, was Tempur Sealy willing to reach an agreement with H Partners calling for significant leadership and board changes, including the immediate termination of the CEO, the resignation of the three targeted directors, board representation for H Partners and an H Partners representative leading the CEO search, among other things.

The RiverNorth and H Partners matters are just a few of dozens of situations we have been involved in where traditionally passive investors believe that, with the advice and guidance of counsel specialising in shareholder activism, an activist campaign can unlock significant value for themselves and all other shareholders.  We believe that we will continue to see a steady increase in the number of passive investors converting into activists as these investors begin to realise that significant value is often being left on the table by choosing to walk away from an investment rather than implementing a carefully planned and cost-effective activist campaign.

Boardrooms need to understand that shareholder activism is no longer dominated by the typical activist players. In this changing landscape, public companies are today more likely to face an activist campaign by one of these newly-minted ‘reluctavists’ rather than a well-known, pure-play activist. In our experience, as target companies have generally become more familiar with the process and realities of engaging with activists, settlements are being reached much earlier in the process, often well before nomination deadlines. However, we are finding that despite this general trend, boards and their advisors are still not taking these new activists as seriously as their more established activist counterparts, even though they are often just as savvy and sophisticated and likely receiving the same advice from the same advisors.

As a result, boards have been reluctant to engage in meaningful settlement discussions with these new activists, believing they will just go away because they lack a track record of prior activist campaigns. Often, once these new activists have grown frustrated with management’s refusal to engage, they are compelled to nominate directors and issue scathing fight letters and white papers, illustrating in great detail the shortcomings of the board and the long-term value destruction endured by shareholders. At this point, it is common for management to capitulate and agree to commence serious settlement discussions, but only after paying a significant price from a public relations standpoint. By failing to swiftly and quietly engage with the activist and allowing the situation to escalate into a matter of public record, the incumbent board and management team risk losing credibility with the company’s shareholders, employees, customers and other constituents. In addition, as soon as the activist has publicly surfaced, it is common for those market participants who are likely to be more sympathetic to the activist’s cause to pile into the stock, putting the company at a strategic disadvantage for purposes of settlement discussions.

From our vantage point, shareholder activism has shown no signs of slowing down and we expect 2016 will be a banner year for activists. We believe the rise of new activist investors will continue to fuel this growth. As a result, boardrooms would be well advised to enter into early and constructive engagement with these new activists and take seriously their perspectives and views on maximising value for all shareholders.

Activist & Equity Investment Practice Chair Steve Wolosky is a nationally recognized corporate and securities lawyer who counsels clients in the areas of proxy contests and mergers and acquisitions. A pioneer in shareholder activism, Steve spearheaded Olshan’s Activist & Equity Investment Practice more than 20 years ago. Today, he is one of the leading lawyers in the country advising hedge funds and investment partnerships on activist situations in the United States and worldwide. Steve advises on some of the most high-profile activist campaigns year-in, year-out. Most notably, Steve led the pre-eminent proxy contest of 2014 representing Starboard Value’s unprecedented, “extraordinary,” and “historic” victory in its election contest against Darden Restaurants, Inc. In international news-making cases, Steve represented foreign clients who successfully obtained board representation for the first time in both Japan and South Korea. Steve has led over 400 proxy contests for board representation in his career.