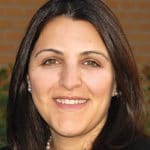 From a corporate governance standpoint, there is much debate about how to address the bidder overpayment problem. Shareholders have three major tools at hand: selling, suing or voting. To determine which of these tools may be best suited to address bidder overpayment, it is important to understand what contributes to overpayment and the role of the various decision-makers – boards, management and shareholders – in the acquisition process.

Bidder overpayment and its causes

The disastrous combination of firms, such as America Online and Time Warner, or the problem-laden acquisition of Countrywide by Bank of America, are often touted as examples of deals that proved disastrous for the acquirer. More recently, the 2011 acquisition of British company Autonomy for $10.3billion by Hewlett Packard (HP), a venerated Silicon Valley firm, similarly falls in the same vein. The acquisition was controversial with HP shareholders who claimed that HP was overpaying for Autonomy. Only a year later, HP announced a write-down of $8.8billion related to the Autonomy acquisition with more than $5billion due to accounting irregularities at Autonomy. Not only did HP fail to realise the gains it expected from the Autonomy acquisition, but the transaction led to various lawsuits between HP and Autonomy management and resulted in a large securities class action against HP. The Autonomy deal was just one in a string of questionable acquisitions by HP during a busy acquisition spree.

Why do public company bidders overpay? Numerous empirical studies have connected bidder overpayment with managerial agency costs and behavioural biases. These reasons are not mutually exclusive explanations for the overpayment problem in public company acquisitions.

Acquisitions tend to highlight conflicts of interest between managers and shareholders in large public corporations, presenting opportunities for managers to obtain personal gain at the expense of shareholders. Several studies provide evidence that management, particularly CEOs, can gain increased power, prestige, and additional compensation in connection with an acquisition. Studies find that CEOs are financially rewarded for acquisitions, but are not similarly rewarded for other types of major capital expenditures.

Behavioural biases, such as overconfidence and ego gratification, also play an important role in acquisitions. Managers may overestimate their ability to price a target accurately or their ability to integrate the target’s operations and generate synergies. Managers may also be flawed in their decision-making regarding targets by other factors, such as extensive social ties (for instance educational background or employment history) between managers of bidders and targets, or a desire to keep up with peers undertaking acquisitions.

There is reason to think that deal advisors can magnify the effects of managerial agency costs and reinforce management biases. Financial advisors receive significant fees for advising on M&A transactions; and these fees are based primarily on the size of the deal, with a significant portion contingent on closing. Advisors also gain prestige from working on successful deals. In cases where management stands to benefit from a deal, the often-close relationship between management and advisors can induce advisors to recommend transactions to avoid upsetting management’s plans. Once management and its advisors begin to feel committed to a deal and have expended significant resources to move forward on a transaction, abandoning plans can be quite difficult.

The role of the board in acquisitions

The empirical evidence on various soft conflicts on the part of bidder management and advisors necessarily raises the question: where is the board of directors in all of this? A central fiduciary duty of the board is the protection and promotion of the interests of the company and its shareholders. The board’s advisory and monitoring roles should result in directors playing an important decision-making role in major corporate transactions, especially transformative acquisitions. Nevertheless, in some public company acquisitions, boards may fall short in effectively supervising management.

In virtually all significant acquisitions by public companies, some level of board involvement is the norm. While boards are generally not involved in identifying acquisition targets, once a target has been identified and significant efforts are made to move forward with an acquisition, boards often become more involved in the acquisition process. As part of their role as fiduciaries, directors must undertake sufficient investigation and obtain all reasonably available information regarding the acquisition. For many boards, their primary involvement in the acquisition process is an advisory and oversight role to ensure ‘a reality check’ on management’s plan. Moreover, in almost all public company acquisitions, seeking the approval of the bidder’s board is the corporate norm.

Experts caution that boards are at times reluctant to be deeply involved in acquisitions or to challenge management’s often optimistic assumptions about a deal’s value. A survey of directors about the board’s role in M&A found that at least one-third of directors believe that their boards ‘could be more involved in shaping M&A strategy and in evaluating deals proposed by management’.[1] Given challenges with integration of public company acquisition targets, experts also recommend that boards closely monitor post-merger integration plans.

The reluctance to abandon an acquisition can be strong, even in the face of significant shareholder opposition. For example, in Kraft’s $19billion acquisition of Cadbury, Kraft shareholders, including Warren Buffet who owned 9.4 per cent of Kraft’s then outstanding stock, warned against the acquisition and claimed that he would vote against the share issuance necessary to close the deal. Kraft’s response was to restructure the acquisition to avoid the ability of its shareholders to vote on the transaction, an option that is available under US corporate law.

Shareholders and the bidder overpayment problem

What role do shareholders have in acquisition decisions? Two structures – a one-step triangular merger, or a two-step transaction involving a tender offer followed by a merger – are often used to acquire publicly traded firms in the US. Under both structures, target shareholders are commonly provided a say, either through a vote or through the decision to sell their shares. Target shareholders may access courts to address any harm they have suffered by bringing fiduciary duty claims against the board and management, and/or securities fraud cases related to corporate disclosures on the transaction. Furthermore, in some transactions target shareholders may bring appraisal proceedings where shareholders ask the courts to determine the ‘fair value’ of their shares.

Neither the right to sell nor the right to sue effectively addresses the bidder overpayment problem and the underlying factors contributing to it. Selling serves as a weak monitoring mechanism for bidder stockholders who often can only sell their shares after the share price has fallen following announcement of the signing of the acquisition. Once an acquisition agreement has been signed, even if bidder shareholders react negatively to the announced deal, the opportunity for the bidder to walk away is low. Furthermore, even the spectre of a share drop following an acquisition announcement does little to deter bidder management, given weaknesses in the market for corporate control.

The value of the shareholder vote

Shareholder voting plays a central role in corporate governance. Yet, for many US public company acquisitions, only the target firm’s shareholders can exercise voting rights. Is it time to re-examine voting for bidder shareholders given the existing, relatively low voting incidences and shortcomings with selling and suing?

In general, voting by shareholders has become an increasingly important tool in US corporate governance. Several important developments have led to the rise of shareholder voting: (1) government regulations that require many institutions to vote their stock in the best interests of their beneficiaries; (2) the emergence and increasing importance of proxy advisory firms that can help coordinate shareholder action; and (3) the increasingly significant corporate governance role played by activist investors, such as hedge funds, which has led to greater use of the ballot box and the accompanying result of greater institutional shareholder engagement with voting rights.

Shareholder voting, at least with respect to significant corporate decisions, could lead to better governance of the company. Shareholder voting can serve a complementary monitoring role to that played by the board and discourage opportunistic behaviour by management. This supplemental monitoring role is particularly important when there are management conflicts of interest or biases, and when the opportunity for management to obtain private gains at the expense of the firm is high. These soft conflicts, agency problems, and biases are the exact types of situations that research indicates are implicated in significant public company acquisitions.

Studies also indicate that powerful shareholders, such as institutional investors, value voting rights. For example, a study examining institutional investor voting in merger transactions finds that although the votes are still overall in favour of the merger, shareholders solely invested in the acquirer are generally four times more likely to vote against a merger as a cross-owner.[4]

Two arguments against bidder shareholder voting rights in acquisitions relate to the cost of the vote as well as to concerns about the value of shareholder decisions. Voting is expensive and uncertain, especially in a significant transaction, and could potentially lead to additional deal risk. Voting rights may also not result in shareholders making an informed decision, especially if shareholders are apathetic and/or suffer from collective action problems.

“Shareholder voting plays a central role in corporate governance. Yet, for many US public company acquisitions, only the target firm’s shareholders can exercise voting rights”

The above arguments against shareholder voting are tempered by the rise of institutional investors. Institutional investors have significant voting power since they own large stakes in publicly traded companies. The change in ownership of US public companies, resulting in a greater concentration of ownership in the hands of institutional shareholders, makes voting by bidder shareholders in large public company acquisitions much more palatable. Their large ownership stake coupled with the increasing influence of other market participants, such as hedge funds and proxy advisory firms, may mean that institutional investors have strong economic and political interests in monitoring management’s decisions via voting. Moreover, voting rights may invite interference from activists who focus on deals that may be risky or more prone to overpayment. Studies suggest that even the threat of monitoring by institutional shareholders may be enough to address the bidder overpayment problem, and may play an important role in management calculations about an acquisition.

This editorial is based on a symposium article in the Oklahoma Law Review Symposium, Confronting New Market Realities: Implications for Stockholder Rights to Vote, Sell, and Sue. The article, Reevaluating Shareholder Voting Rights in M&A Transactions, is available at https://ssrn.com/abstract=3049362

Afra Afsharipour researches in the areas of comparative corporate law, corporate governance, mergers and acquisitions, securities regulation, and transactional law. In 2014 she was selected for the Lawyers of Color’s 50 Under 50 list, a comprehensive catalog of minority law professors making an impact in legal education. Prior to joining the Davis faculty, Professor Afsharipour was an attorney with the corporate department of Davis Polk & Wardwell in both New York, NY and Menlo Park, CA. There she advised clients on domestic and cross border mergers and acquisitions, public and private securities offerings, and corporate governance and compliance matters. She also served as a law clerk to the Honorable Rosemary Barkett of the Eleventh Circuit Court of Appeals.

1.See KPMG, The Board’s Perspectives On M&A: From Due Diligence To Day 1 And Beyond (2013), available at http://www.execed.kpmg.com/content/PDF/The-Boards-Perspective-on-MA.pdf. 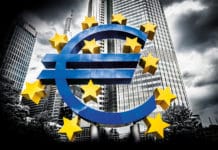 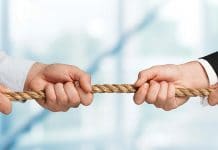 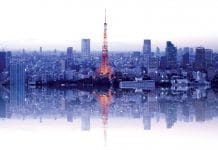