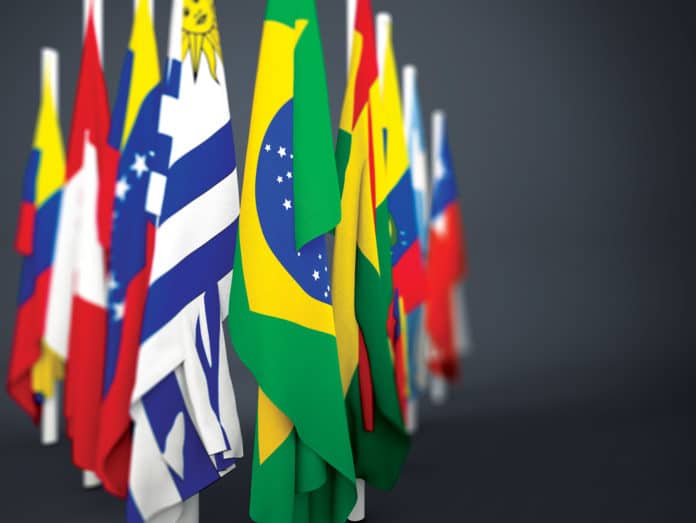 The UK Bribery Act and the Foreign Corrupt Practices Act (FCPA) in the US started a trend that has spread across the globe, including Latin America, to crack down on corruption. Anti-bribery laws and enforcement efforts attract business from multinational companies that may be less inclined to do business in countries deemed unsafe.

Of the 42 countries that have ratified or acceded to the Organisation for Economic Cooperation and Development (OECD) Anti-Bribery Convention, five are from Latin America.[1] Although OECD has no authority to enforce the Convention, signatories to it are required to implement legislation that criminalises the act of bribing foreign public officials in international business transactions.[2] Thus far, countries in Latin America – both signatories and non-signatories alike – appear to be adopting and enforcing legislation to sniff out bribery and corruption.

Perhaps part of the growth of local anti-corruption efforts stems from the apparent cooperation of foreign and Latin American authorities to root out corruption. Of the 53 combined United States FCPA enforcement actions in 2016, about one-third arose out of alleged misconduct in Latin America.[3] By passing and enforcing their own laws and regulations, Latin American countries are able to join in any financial recovery, while also receiving the added benefit of being on the right side of history.

In Argentina, President Mauricio Macri has made it a priority to enhance punishment of corruption. In late 2016, his predecessor, Cristina Fernandez de Kirchner, was indicted for fraud on corruption charges related to a large public works project. President Macri has put forth a series of laws to crack down on corruption, one of which would expand liability so that prosecutors could bring criminal charges against corporations that engage in bribery.[4] Currently, Argentine law only allows for the prosecution of individuals who actually break the law; businesses do not face any consequences. This bill, set for consideration by Argentina’s National Congress in the coming months, would encourage businesses to prevent corruption by allowing corporations to avoid sanctions if they can show they have compliance systems in place to prevent such corruption. In addition, the National Congress is also contemplating a civil forfeiture regime, which would allow the state to forfeit assets that are presumed to have an illicit origin without having to obtain a criminal judgment.[5]

On the enforcement front, Argentina has conducted several follow-up investigations after companies have been investigated by foreign entities. After both Siemens and Ralph Lauren settled FCPA claims with the US Securities & Exchange Commission (SEC) and the Department of Justice (DoJ), Argentine officials investigated as well. Most recently, after the CEO of the airline LAN reached a $22million settlement with the SEC in July 2016, it was speculated that it would lead to local investigations in Argentina, too.[6] Cooperation is not limited solely to the US; Argentina has investigated several companies implicated in Brazil’s Operation Lava Jato (discussed below) for bribery of government officials.[7]

Similar to Argentina’s proposed law, Peru’s Corporate Corruption Act, passed in March 2016 and scheduled to take effect in July 2017, holds both public and private companies liable for bribery, even if the individual person responsible for the crime has not been prosecuted. The law applies to bribery of public officials of a foreign government or international organisation committed within Peru, or when the payment of the bribe is intended to obtain or keep business in Peru. Penalties include fines of up to six times the benefit obtained or expected to be obtained by the commission of the crime.[8] Although they are not yet a signatory to the OECD Anti-Bribery Convention, Peru has participated as an observer in the OECD Working Group on Bribery in International Business Transactions.

Operation Lava Jato (or ‘Car Wash’ in English) in Brazil has changed the way the country approaches investigations, plea agreements, cooperation and international collaboration. The investigation initially looked into money laundering, but has expanded to cover corruption allegations at Petrobras, the state-owned oil company. Lavo Jato alone has implicated more than 20 construction companies and more than 100 individuals in alleged corruption, bribery and antitrust violations and has resulted in $1billion in restitution to the government. The operation has also spawned other investigations, including Operation Radioactivity, involving alleged contractor graft in a nuclear power plant operated by a subsidiary of Brazil’s state-run energy corporation.[9] Brazil’s other well-known corruption probe is the Zelotes Operation, an investigation into 70 companies for more than $6billion in bribes allegedly paid to members of Brazil’s tax appellate council to reduce fines or dismiss claims of tax evasion. As part of that operation, in May 2016, the president of Mitsubishi’s distributor in Brazil was convicted for his involvement in a bribery scheme and sentenced to more than four years in prison.[10]

In addition, the recent $205million settlement in the Embraer case shows the benefits of cooperation with other countries and potentially signals a more active role in corruption investigations for Brazil’s Comissão de Valores Mobiliários (CVM), much like the US’s SEC.[11] Previously, organisations other than the CVM, such as the federal audit court or the attorney general’s office, had played significant roles in resolving bribery cases, but in the Embraer settlement, the CVM acted with the SEC and prosecutors in the US and Brazil to secure a $2million fine.

Chile provides yet another example of the benefits of cooperation with other countries. This past January, Chilean chemicals and mining company Sociedad Química y Minera de Chile (SQM) agreed to pay more than $30million to the DoJ and the SEC in connection with payments to politically connected individuals in Chile in violation of the FCPA.[12] In addition to the DoJ and SEC, the investigation was carried out by Chilean tax authorities.

Chile has been a leader in Latin America when it comes to anti-corruption legislation. The country is deemed to be one of the least corrupt countries in Transparency International’s Corruption Perception Index.[13] Showing a strong desire to join the OECD Anti-Bribery Convention, Chile’s legislature passed the Corporate Criminal Liability Law in 2009, criminalising money laundering and bribery of public and foreign officials.[14] The law also credits companies for having adequate corporate compliance programmes.

In early 2016, Colombia passed its first foreign bribery law, Law 1778, known as the Transnational Corruption Act (TCA). The TCA allows for corporate liability when a director, employee, contractor, or shareholder gives, offers, or promises money or any other benefit to a foreign public official in exchange for the official to perform, omit, or delay any act related to the exercise of their functions in relation to international business transactions.[15] The TCA also increases potential sanctions to approximately $45million and provides for debarment of companies from contracting with the Colombian government for up to 20 years.[16]

Perhaps the biggest mover and shaker in recent Latin American anti-corruption efforts is Mexico. In July 2016, President Enrique Peña Nieto announced the approval of sweeping changes to Mexico’s anti-corruption laws. The new anti-corruption measures are the culmination of a multi-year process that originated with a citizen petition and the work of civil society groups. These grassroots efforts resulted in constitutional reform in 2015 and the recently passed laws represent the statutory implementation of this reform.

Among the protections in the new laws and the revisions to existing laws, are provisions to create an independent anti-corruption prosecutor, strengthened whistleblower protections for individuals and mechanisms to enhance cooperation among Mexican governmental entities at the local and national levels. One of the newly drafted laws is the General Law for Administrative Responsibility, which is meant to protect against public and administrative bodies engaging in corrupt activities, such as bribery, collusion in public bidding, influence peddling and misallocation of public resources. Public officials will also be obliged to disclose existing assets, potential conflicts of interest and their tax information to ensure that they are not taking bribes or misallocating public resources.

Under current Mexican law, companies may also be sanctioned for the actions of individuals acting on their behalf or for their benefit. Companies may be sanctioned as much as twice the amount that they benefited from the actions of the individuals, as well as being deemed ineligible to participate in procurement, leases, services or state-owned projects for up to 10 years, in addition to compensatory and/or punitive damages. Other potential sanctions against companies can include government dissolution of partnerships. Nevertheless, companies can protect themselves by putting in place compliance and anti-corruption ‘integrity policies’ that are deemed adequate by the relevant authority.

The law provides that companies implementing such policies can be protected if they have adopted an organisation and procedures manual that includes the responsibilities of each company’s division, specifies the company’s chain of command, includes adequate whistleblower and reporting systems so as to report corruption to the appropriate authority and includes measures for disciplining employees. Companies may also receive a cooperation credit that reduces the percentage of their sanction if the company self-reports violations and cooperates in any government investigation.

As for enforcement, Mexico’s securities regulator investigated OHL Mexico SAB after recordings were released that purportedly showed bribes made to judges and public officials. Although the investigation did not reveal evidence of fraud, the company was fined $1.4million for its accounting practices.[17] In addition, four businessmen, including one Mexican national and two former Mexican government officials, recently pleaded guilty for their involvement in schemes to bribe Mexican officials in order to secure aircraft maintenance contracts with government-owned entities.[18]

The increased focus on bribery and corruption in Latin America is unlikely to slow down any time soon. Given the recent wave of legislation and enforcement actions across Latin America, companies and individuals doing business there should take steps to understand the new anti-corruption regime and the expanding web of potential liability from Latin American, US, European and other foreign authorities related to corruption and fraud. 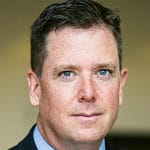 Jim McGovern has decades of experience investigating and prosecuting domestic and international financial crimes. He has particular experience involving Foreign Corrupt Practices Act (FCPA) violations, commercial bribery, theft and destruction of trade secrets, securities and corporate fraud, and criminal forfeiture.  In addition to several high-profile FCPA investigations and white collar cases, Jim oversaw the FIFA investigation and prosecutions. Jim previously served as Chief of the Criminal Division of the United States Attorney’s Office, Eastern District of New York, and as Deputy Chief of the Business and Securities Fraud Section.  He currently represents companies in investigations involving government enforcement issues, such as civil, criminal, and regulatory compliance; he is part of the firm’s cross-jurisdictional Global Bribery and Corruption Task Force. 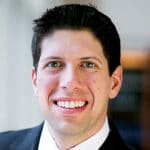 Robert “Rob” Toll is an associate in the Investigations, White Collar, and Fraud Practice at Hogan Lovells who began his career in our Washington, D.C. office. Later, Rob brought his talents and a passion for his work to the firm’s office in New York. Rob’s practice focuses on representing clients in a wide variety of white collar criminal defense matters, including governmental investigations as well as litigations involving the False Claims Act, Anti-Kickback Statute, and Stark law. He has particular experience representing pharmaceutical, medical device, and entertainment companies. He has also handled numerous internal investigations. In addition, Rob maintains an active pro bono practice. Most recently, he has been heavily involved in a class action lawsuit on behalf of homeless families in the District of Columbia, which resulted in a favorable decision for his clients.

1 The five countries are Argentina, Brazil Chile, Colombia and Mexico. See OECD Convention on Combating Bribery of Foreign Public Officials in International Business Transactions: Ratification Status as of 21 May 2014, http://www.oecd.org/daf/anti-bribery/WGBRatificationStatus.pdf.

Delivering an anti-corruption framework that works