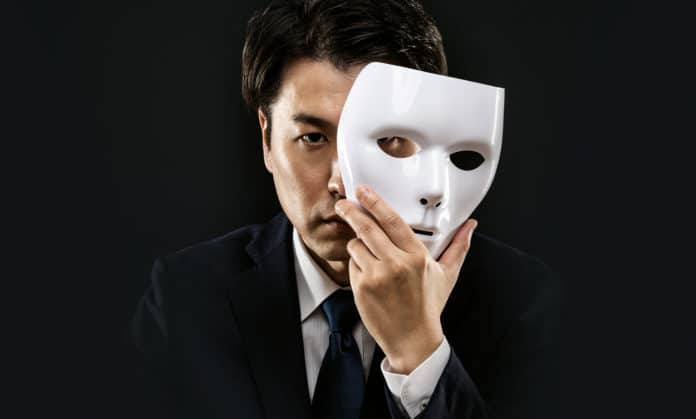 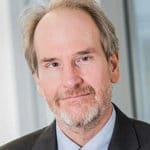 Life is not getting easier for board directors – or for investors. Even before the coronavirus brought the world to a halt, the range of issues required for corporate governance and investor stewardship has been growing in number and complexity.

Particularly now that sustainability issues, including environmental, social and governance (ESG) factors, are becoming mainstream concerns for both companies and investors, it can be a challenge to keep on top of the changing boundaries of corporate governance.

The urgency of the coronavirus crisis as a systemic risk has certainly, and appropriately, become top of mind. And before that came along, climate risk has been receiving growing attention – and will continue to do so. For example, many corporate boards have been building their own literacy about climate-related risks, while initiatives, such as the Task Force for Climate-Related Financial Disclosures (TCFD), supported by the Financial Stability Board, demonstrate how both public and private sector forces are mobilising to address the profound risks that climate change represents.

But is attention to climate, and now coronavirus, eating into the bandwidth of companies and investors and their ability to pay due attention to other legitimate sustainable development goals that pose systemic risks at micro- and macroeconomic levels? A prominent example is the pernicious issue of bribery and corruption, which has long plagued companies, economies and societies. The extent and impact of corruption is significant; yet it can easily fly under the radar, as it is, almost by definition, very difficult to monitor and measure.

On the investor agenda

For the International Corporate Governance Network (ICGN), an investor-led body whose members represent more than $54trillion in assets under management, fighting corruption remains a prominent concern as a matter of both ethics and economics. ICGN refreshed its member guidance on anti-corruption practices this past August to ensure that combating bribery and corruption remains on the agenda for investors and companies – and to guide investors on how to bring anti-corruption more prominently into their stewardship and engagement practices.

ICGN’s policy priorities place increasing emphasis on systemic risks that face investors, particularly those with long-term time horizons. Corruption can be regarded as a systematic risk in this context – and a matter that investors and companies should consider alongside other critical systemic risks, such as climate change or wealth inequality. Corruption is also a micro risk for individual companies, in terms of the potentially substantial impact of fines or business disruption that can come from bribery penalties and convictions. The risks can be financial, operational and reputational.

ICGN’s original anti-corruption guidance was approved by its members and published in 2009. At that time, anti-corruption was a fairly new issue on the corporate governance agenda. Since then, the visibility of bribery and corruption as a business concern has continued to rise. This in part reflects legislative developments, including the passage of the UK Bribery Act of 2010, the Clean Companies Act (Brazil, 2014) the Loi Sapin II (France, 2017) – along with several corruption scandals involving high-profile industrial companies and financial institutions in both developed and emerging economies. Preventing corruption is identified as one of the 10 principles of the UN Global Compact, and it is also embedded at the core of the 16th Sustainable Development Goal, focussing on peace, justice and strong institutions.

Bribery and corruption present costs that are sometimes hidden – to companies, investors, markets, economies and society. But there is a strong economic argument for keeping this in focus. The economic cost of bribery has been estimated to range from 1.5-2.5 per cent of global GDP per annum: a level of magnitude in excess of $2trillion, based on estimates by the International Monetary Fund and the World Economic Forum. Corruption destabilises the political process and promotes conflict. It also raises the cost of doing business and deters investment. Corruption greatly reduces efficiency by distorting competition and depriving buyers of economically superior products at the most competitive prices.

Limits of the law

At one level, addressing bribery and corruption is a question of legal compliance. Bribery itself is a criminal offence in most jurisdictions and, on that basis, is a matter for the justice system. However, there are limits to what legal recourse can achieve. Firstly, even where robust laws exist, they need to be enforced to be effective. Bribery detection and enforcement mechanisms may not be fully effective or insufficiently resourced – even in developed legal systems.

Moreover, it can be important here to distinguish between bribery and corruption – which are different, and not interchangeable terms. Indeed, not all corrupt activities are illegal, even if they may be unethical or at odds with social norms. While bribery can be more or less clearly described in legislation, corruption is broader and a bit murkier by nature. In areas such as political lobbying and donations, for example, companies can engage in activities that are effectively corrupt, but permissible by law.’

Bribery and corruption present costs that are sometimes hidden — to companies, investors, markets, economies and society. But there is a strong economic argument for keeping this in focus’

Cronyism is another example of behaviour that may not be illegal but may lead to damaging outcomes to minority shareholders or other stakeholders. This can involve the choice of business partners, the terms and conditions of related party transactions or the structures of joint ventures. The risk is that misuse of power might provide private benefits of control at the expense of the company’s own reputation and long-term sustainable development.

So, in addition to the strict law enforcement dimension relating to bribery, there is also a role to play in corporate governance within companies to control corruption. Ultimately, this is a matter of culture, compliance and board oversight.

ICGN encourages its investor members to consider anti-corruption practices as part of their standard review of corporate governance of the companies in which they invest. ICGN’s member-approved guidance provides an investor tool to support engagement with companies and boards relating to anti-corruption.

A basic investor expectation is that company managers and boards take ownership of anti-corruption as a matter of both ethics and sustainable value creation. While codes of ethics, policies, whistle-blowing systems and other control mechanisms can help to inhibit corrupt activities, the most important starting point is the setting the tone from the top to reinforce the right culture and values. Investors should expect companies to foster a culture that does not tolerate corrupt activity and companies should reinforce this with robust policies and practices to prevent bribery and corruption. It is also important for companies to show transparency and report publicly on how they are overseeing anti-corruption activities.

Corruption has been with us ever since societies first came into being. It is an unfortunate dimension of human nature whose scope we can hopefully limit, however probably not eliminate. But while corruption may lack the urgency of climate change as an existential issue, it is important to investors, and their fiduciary duties for their beneficiaries, to use the voice of capital to take a stand on anti-corruption.

Corruption is not only ethically wrong; it is also incompatible with sustainable value creation. Investors with long-term investment horizons and who are committed to responsible stewardship will not want to invest in companies whose business model involves corruption. Even with the current distractions of Covid-19 and the potentially greater challenges that may come with climate change, anti-corruption should remain on the agenda of busy executives, boards and investors.

When anti-corruption and CSR collide