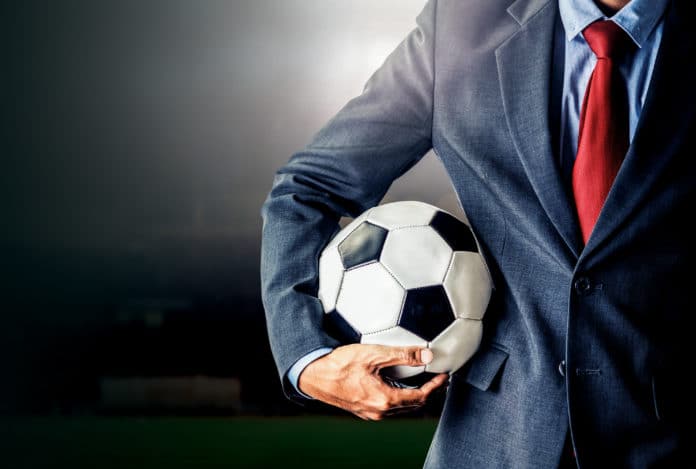 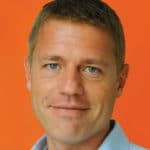 As the continued headlines about corruption, doping, match-fixing and other governance-related issues indicate, these are unprecedented and extraordinary times indeed in sport.

While a lot of work remains to be done in terms of motivating change and in developing customised, adequate and effective governance solutions, there has been noteworthy progress lately, too. Firstly, more and more sport leaders, organisations and stakeholders are acknowledging a range of governance issues to be addressed in making sure that sport organisations remain fit for purpose. Also, more and more solutions are being developed and implemented in and across sports, countries and regions, including  those with the support of governments and other stakeholders in and of sport.

Consensus on the scope and nature of sport governance has yet to be established. Sport governance headlines this year reflect that fact. Appreciating that issues continue to be numerous, multifaceted and complex, it is helpful to take a broad and holistic approach to sport governance. In doing so, critical current sport governance issues can be summarised along the lines of the following three dimensions:

1. Critical governance issues related to the political and operational integrity of a sport organisation

Nepotism in hiring, vote-buying in elections, conflicts of interest, lack of diversity, very long terms in office, culture of yes-saying, lack of a merits-based boardroom, no clear separation of roles and responsibilities between political and operational management, lack of transparency and accountability – for instance in not making audited financial statements publicly available – no formal voice to key stakeholders and development funding as a source of corruption.

Doping, match-fixing, illegal betting, unequal access to sport participation and to talent spotting and talent development, abuse of athletes, athlete safety and agents as a source of corruption.

3. Critical governance issues related to the integrity of sport events

At a national level, many recent solutions in the form of governance reforms of sport organisations have been initiated as a response to a governance-related crisis and on the basis of a governance review. That was, for instance, recently the case of the English Football Association. In an increasing number of countries, either the national Olympic committee and/or the government have also been developing national frameworks and tools for good governance in sport. In some cases, compliance with minimum governance criteria has also become a prerequisite for national sport organisations to remain eligible for full public funding.

At an international level, the International Association of Athletics Federations (IAAF) has been the most recent international sport organisation to follow FIFA’s lead in developing solutions and subjecting itself to comprehensive governance modernisation. Following the approval of wide-ranging constitutional changes last year, IAAF has been putting in place three particularly noteworthy governance measures, reflecting and further defining evolving good governance practices in sport.

First and foremost, the IAAF set up a new independent Athletics Integrity Unit in April 2017. The Unit is to manage all doping and non-doping integrity matters, including assuming responsibility for education and testing and for investigation and prosecution of breaches of IAAF’s Integrity Code of Conduct. It also takes over responsibility for investigating and prosecuting anti-doping rule violations of all international level athletes, which used to be carried out at a national level.

“More and more sport leaders, organisations and stakeholders are acknowledging a range of governance issues to be addressed in making sure that sport organisations remain fit for purpose”

To ensure the independence of the Athletics Integrity Unit, it has its own board and staff. The Unit is housed and operates separately from IAAF. A new independent Disciplinary Tribunal has also been established. The Tribunal is to hear and decide on all breaches and impose sanctions under IAAF’s Integrity Code of Conduct. The IAAF Disciplinary Tribunal consists of a panel of lawyers, from which members are allocated to each case. The panel of members is proposed by the IAAF Council for approval by the IAAF Congress. Decisions of the Tribunal can be appealed to the Court of Arbitration for Sport.

Last but not least, IAAF has also put in place a so-called Vetting Panel. Comprised of three independent persons, appointed by the IAAF Congress on the recommendation of the IAAF Council, the Panel is to check the eligibility of IAAF officials and decide if they meet IAAF’s vetting requirements. IAAF officials include all members of IAAF’s Council, Executive Board, Integrity Unit Board, Disciplinary Tribunal, commissioners and others acting for IAAF, including IAAF staff.

IAAF officials are not considered eligible for office under certain circumstances, such as if they have ever received a criminal conviction, been declared bankrupt, disqualified as a director or breached any IAAF rule, including committing an anti-doping violation. Decisions of the Vetting Panel can be appealed to the Court of Arbitration for Sport.

At a collective international sport organisation level, sport governance solutions are also being developed. For instance, under the umbrella of the Association of Summer Olympic International Federations (ASOIF), a Governance Taskforce has developed a method for the 28 summer Olympic international sport organisations to self-assess their governance standards in areas such as transparency, integrity, democracy, development and control mechanisms. The consolidated self-assessments were published in April 2017 and are seen as the beginning of a process that will offer support to international sport federations in ensuring that their governance frameworks are fit for purpose. ASOIF has committed to exploring the development of a compliance certification system in this context, too, in 2018.

At an intergovernmental level, various sport governance solutions are evolving too. Recent noteworthy examples include the European Commission Pledge on good governance in sport, offering sport organisations a platform to commit to addressing issues related to integrity, accountability, transparency, democracy, participation and inclusivity.

Other examples include strongly worded policy recommendations related to good governance in sport, adopted at the Sixth International Conference of Ministers and Senior Officials Responsible for Physical Education and Sport (MINEPS VI), which was recently hosted by UNESCO.

Finally, at an international multi-stakeholder level, the emergence of the so-called Sport Integrity Global Alliance (SIGA) is particularly noteworthy. SIGA, first of all, stands out by being independent and multi-stakeholder in nature. Founding members and founding supporters include stakeholders such as national, regional and international sport organisations as well as governments, inter-governmental bodies, sponsors, media broadcasters, financial institutions, NGOs, academia and professional services/audit firms. The Alliance also stands out by offering a mix of universal standards on good governance in sport and a comprehensive implementation framework, which takes into account that sport organisations are very different in terms of size, resources and specific governance challenges. 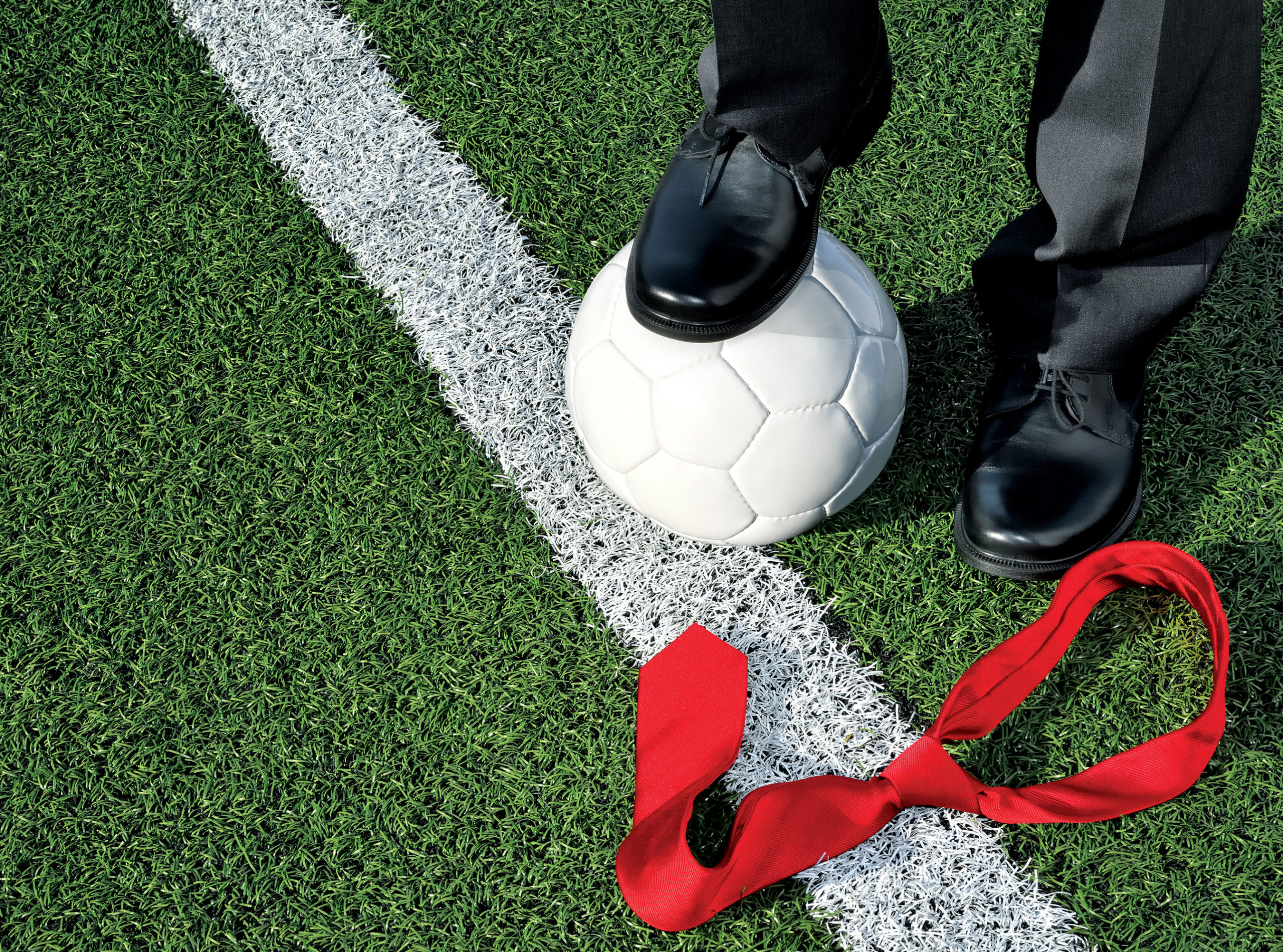 As far as issue specific international solutions are concerned, many observers have pointed to the World Anti-Doping Agency (WADA) as a model case for how to go about designing good governance solutions in sport, not least because the agency is a partnership between sport organisations and governments – both in terms of decision-making structures and in terms of financing. Some have even suggested that the WADA mandate should be expanded to include good governance in sport. While such discussions continue, WADA is undertaking comprehensive governance reform. Issues considered in a transparent multi-stakeholder process include conflicts of interest, roles and responsibilities nationally vs internationally, separation of power between different bodies and increased funding.

While the Commonwealth Games Federation has been pioneering a human rights-based approach to hosting sport events, the Union of European Football Associations (UEFA) recently announced that the organising country has to respect human rights to be eligible to organise the 2024 European Championship. As far as other sport governance-related issue specific solutions are concerned, Sport and Sustainability International (SandSI) held its inaugural congress in 2017. SandSI seeks to ensure that sustainability becomes a key business principle in sport. Safe Sport International (SSI) is also organising its first international convention at the end of the year and seeks to end violence and abuse against athletes.

Looking ahead, it is important to appreciate that sport is a reflection of society – with all its beauty and all its flaws. Along those lines, sport should neither be expected to be able to solve all its governance issues overnight nor in isolation. Two challenges especially need to be urgently addressed in taking current efforts to the next level; 1) mainstreaming and incentivising governance modernisation in sport organisations across sports, countries and regions and 2) developing a common understanding of the scope and nature of good governance in sport as well as aligning and merging initiatives, frameworks and tools being established at national, regional and international levels.

Michael Pedersen is an internationally recognized expert in sport governance, transparency, ethics and integrity. As Founder of M INC. > change the game, he works independently to help sport develop standards of good governance as a winning strategy for building trust, growth and performance into the future. While doing so, Michael also supports projects that evolve around the mix of sport, children, values and positive societal change. Among other positions, he headed the global corporate governance initiative of the World Economic Forum with more than 175 multinational companies and their CEOs.

Michael Pedersen was also a Senior Business Integrity Advisor with Novozymes, the world’s largest producer of enzymes. He holds three MSc degrees; an MSc in Global Leadership; an MSc in Responsibility and Business Practice; and an MSc in International Relations. Michael is also a passionate athlete himself and strives to do sport twice a day. Albeit of Danish origin, his current base is Malaga, Spain (for a more comprehensive bio, see http://minc.ch/about-michael.html