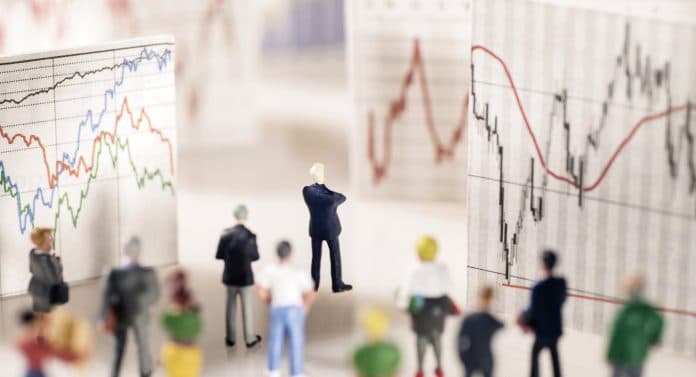 One of 2014’s biggest corporate governance stories was the seemingly inexorable rise in board-shareholder engagement with real-time, two-way interaction between public company board members and institutional investor representatives.

This article examines that story and assesses the underlying drivers that suggest growth will continue over the next decade.

In 2014, a number of regulators, standards setters and private coalitions in major capital markets took action to support such engagement. In brief:

■ United States: In February, the Shareholder-Director Exchange (SDX), a working group comprising leading independent directors and representatives from large and influential US public companies and institutional investors, released the SDX Protocol. This offered guidance to boards and shareholders of US public companies about when board-shareholder engagement is appropriate and how to make the interactions more effective.[1] Later in the year, institutional investors in the SDX working group sent a letter to Russell 1000 companies in the United States, endorsing the SDX Protocol.[2]

In March, as part of a project on investor engagement, the Conference Board Governance Center released its own recommendations regarding board-shareholder engagement.[3] Polls from the second half of 2014 suggest that more board members are communicating directly with institutional investors. PwC reported that 66 per cent of boards of US public companies communicated directly with institutional investors, compared to 61 per cent the prior year.[4]

■ European Union: In April, the European Commission proposed revisions to the Shareholder Rights Directive, which would require institutional investors and asset managers to develop and disclose (on a ‘comply or explain’ basis) a policy that addresses how engagement will be integrated into their investment strategy and how dialogues will be conducted with investee companies.[5]

In September, the UK’s Corporate Governance Code was updated. The revised code notes that if a significant percentage of shareholders have voted against a resolution, the company should explain in its publication of its general meeting results how it intends to engage with shareholders.[6]

■ Japan: In May, Japan finalised its stewardship code. Modelled on the UK code, it is a voluntary ‘comply or explain’ set of principles that seek to promote “constructive engagement, or purposeful dialogue, between institutional investors and investee companies”.[7] During 2014, more than 100 institutional investors adopted the Japanese Stewardship Code.[8] In December, Japan’s Council of Experts Concerning the Corporate Governance Code finalised its draft code.[9]

The draft calls on issuers to respect shareowner rights and to increase engagement outside of the annual meeting.[10] Motoyuki Yufu, director of the corporate accounting and disclosure division of the Japanese Financial Services Agency, wrote that together the Japanese Stewardship and Corporate Governance codes will “further promote constructive engagement and purposeful dialogue between institutional investors and listed companies”.[11]

This flurry of activity came after a number of milestones in previous years, including corporate governance and stewardship codes in a number of jurisdictions, including Brazil[12] and South Africa.[13] Other countries in which there has been a recent rise in engagement include Canada,[14]Malaysia[15] and Nigeria.[16]

The three drivers of board-shareholder engagement

Institutional investors have typically pushed for such governance changes as declassification of boards, transition from plurality to majority voting and the elimination of ‘standing’ poison pills.[20] In the United States, they have also benefitted from regulatory changes that limit the number of issues on which brokers can vote on behalf of the beneficial owners.[21]

In the United States, institutions are three times more likely to vote their shares than are individual investors,[22] but critics have suggested that institutional investors should do more to prevent short-termism and help protect society from frauds and failures. This pressure led to the development of the UN Principles for Responsible Investment (UNPRI) in 2006.[23]

The purpose of UNPRI is clearly stated: “As institutional investors, we have a duty to act in the best long-term interests of our beneficiaries. In this fiduciary role, we believe that environmental, social and corporate governance (ESG) issues can affect the performance of investment portfolios (to varying degrees across companies, sectors, regions, asset classes and through time).”[24]

Signatories commit to incorporating ESG issues into investment analysis, decision-making processes and ownership policies and practices, among other things.[25] The number of signatories to UNPRI has grown substantially since its founding with more than 1,300 signatories, representing more than $45 trillion in assets under management.[26] Signatories have to report on their engagement practices, which we believe is likely to increase the amount of engagement.

Another factor has been the establishment of stewardship codes by regulatory and oversight bodies in various jurisdictions, such as the European and Japan. Stewardship codes also encourage engagement and its disclosure. Two of the largest institutional investors in the world, BlackRock and Vanguard, report examples of their engagements with companies.

These events highlight weakness in corporate governance, often leading to legislative and regulatory action that puts obligations on companies and investors. Companies invest in board education and training programmes, communications assistance and management positions to support board activities. Investors build specialised governance teams in addition to providing portfolio managers with training on governance issues. A growing number of specialised governance advisors offer advisory services to investors or issuers.

The history of say-on-pay is instructive. Board-level executive compensation work took on new importance in the wake of the first say-on-pay vote in the UK in 2001. A report from Railpen Investments and Pension Investment Research Consultants (PIRC) noted that the creation of say-on-pay rights “encouraged greater investor engagement over pay, and has led to increased and better quality, dialogue with companies over remuneration policy”, as well as notable changes to pay practices.[27]

The Organisation for Economic Co-operation and Development (OECD) reports that 26 jurisdictions have set forth requirements or recommendations for say-on-pay votes.[28] This has increased engagement in many of those jurisdictions.

Although historically there has been more interest in compensation committee matters than the work of the other standing board committees, the gap is narrowing. Since the financial crisis, growing interest in audit committee and auditor disclosures has laid the ground for future engagement, some of which has begun in the UK.[29] Recent focus in some jurisdictions on board composition issues – particularly relating to the age, tenure and demographic diversity of corporate boards – suggests that engagement with the nominating and governance committees will increase.

3.The rise of activist investors: The term ‘activist’ describes a broad, heterogeneous group with diverse goals and strategies. For some, ‘activist’ means hedge fund raiders – sometimes dubbed “attacktivists” – focused on short-term gain at the expense of long-term growth. Others think of what have been called ‘constructivist’ hedge funds that focus on increasing longer-term value through cooperation with management on transactions or operational change.

By nearly any measure, shareholder activism is on the rise globally. Activist shareholder interventions (e.g. seeking board representation, CEO removal) increased 88 per cent between 1 January 2010 and 20 September 2013, with the majority of that growth in Europe and the United States. Furthermore, assets under management at activist hedge funds have increased from less than $12 billion to more than $100 billion over the last decade.[30]

Shareholder activism is often thought of as native to the US but is becoming a more global phenomenon. Respondents to a 2014 survey by international law firm Schulte Roth & Zabel expect that activism will pick up pace in Europe, with the sharpest upticks in the UK, France and Spain.[31]

Activist investors owe some of their success to partnerships with institutional investors, which are putting more money into activist funds. [32]

We believe that in markets where the growth of responsible institutional ownership, the professionalisation of the corporate governance arena and the rise of activist investors are most pronounced, board-shareholder engagement will continue to grow over the next decade. One interesting question remains: whether institutional investors will pressure the activists to take a more constructive approach and use the tools and techniques of board-shareholder engagement to achieve their goals in a speedier and more cost-effective manner, rather than indulging in aggressive, media melees against management. 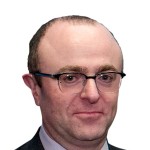 Anthony Goodman joined Tapestry in 2003 and is the firm’s longest serving partner. Anthony is the leader of the corporate governance practice that is, as he says, “committed to strengthen board leadership and enhance trust in capital markets.” Anthony is responsible for the Audit Committee Leadership Networks in Europe and North America, and he leads the US regional audit committee network in the Southeast and the US based Lead Director Network. He is also co-chair of the Shareholder-Director Exchange (SDX) working group which published the SDX Protocol in February 2014 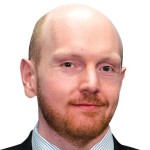 Richard R. W. (Rich) Fields is a principal at Tapestry Networks. Rich leads a number of corporate governance initiatives, including the Lead Director Network, the Compensation Committee Leadership Network, and the Southeast, Southwest, and West Audit Committee Networks. He is also a principal architect of the Shareholder-Director Exchange and the SDX Protocol. He frequently speaks and writes on corporate governance issues. Prior to joining Tapestry Networks, Rich was an associate in Ropes & Gray, LLP’s Boston office, where he represented individuals and organizations in federal and state court and before the Securities and Exchange Commission.