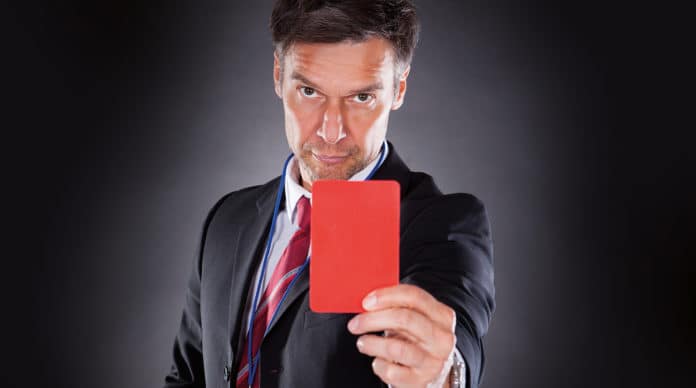 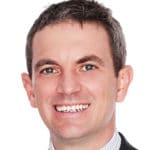 Integrity in the workplace has come under the spotlight in 2018, bringing about a need for significant cultural change in both public and corporate entities operating in Australia.

Reviews, such as the Royal Banking Commission, have exposed numerous disconcerting behaviours from Australian businesses. In short, there has been a sense of entitlement coming from the top of companies that is destroying the trust between these businesses and the general public. It also highlights the need for Australian companies to embrace policies regarding organisational integrity to ensure their businesses are  operating ethically and fairly for all stakeholders.

Fraudulent activity is nothing new to the corporate world, but it is still incredibly prevalent today. If most people knowing these actions are wrong, why do we see this occur? Three common traits have been found to be present in fraud cases. They have become known as the Fraud Triangle – a term coined by Donald Cressey, a prominent criminologist throughout the 60s, 70s and 80s. The triangle has been theorised to be made up of three factors: pressure, opportunity and rationalisation.

Looking at the past events detailed by the Banking Commission, there has been pressure to provide revenue and results for the company – creating the motivation for acting unethically and, sometimes, illegally. Once presented with an opportunity to do so, so staff will most likely take it. Offenders then tend to justify their actions as a result of seeing their manager or co-workers using unethical practices to further themselves in the company.

This leaves them thinking ‘everyone does it’, helping to ease their mind. It is this rationalisation that has bred a mindset of disregarding integrity that has then led to the state that some companies find themselves in. It can sometimes become the collective culture of the organisation, but more often than not develops in pockets of an organisation.

What is quite alarming is the scale at which modern businesses are being impacted by fraud schemes. The Association of Certified Fraud Examiners (ACFE) in its Report to the Nations, released in 2018, detailed the trends of the cost of fraud in 125 countries and 23 industry categories from more than 2,600 survey respondents regarding investigations over the period of January 2016 to July 2017. The report highlighted that during those 18 months, total losses to companies due to fraudulent activities exceeded $7billion with ‘22 per cent of cases [causing] losses of $1million [or more]’.

“Three common traits have been found to be present in fraud cases. This has come to be known as the Fraud Triangle… made up of pressure, opportunity and rationalisation”

It is also concerning that victims who are smaller businesses are affected more than larger corporations, losing ‘almost twice as much per scheme to fraud [than larger companies]’.

Disappointingly, it is apparent from the ACFE report that internal control was a contributing cause for these crimes to be undetected for significant lengths of time. Had there been more effective internal reporting policies and procedures, significant amounts of money may have been saved as the perpetrator may have been discovered earlier. We hope that the high-profile cases and royal commissions that have been highlighted in Australia in recent times, lead to a shift in mindset regarding the importance of integrity frameworks inside the workplace.

A step in the right direction

An area that businesses need to get right in their operations is an effective whistle-blowing framework. New whistle-blower legislation is currently in the Australian senate and should be implemented in early 2019. One of the existing requirements under the draft bill is for all large proprietary and publicly listed companies, as defined by the Corporations Act, to have a whistle-blower policy in place.

Whistle-blowing is a critical action that enables employees to raise awareness of people within their organisation partaking in fraud, corruption and other forms of misconduct. If corporations wish to maintain their integrity, it is essential to prevent, find and deal with any misconduct that transpires within their organisation. Whistle-blowing, as it is often referred to, is an important step in the right direction. What will make this a reality, though, is a culture of balance between trust and good internal controls. The reporting framework only works effectively when an organisation’s employees are prepared to speak up.

The above is further supported by the recent ACFE report. It found that tip-offs about fraudulent activity make up approximately 40 per cent of initial detection methods with employees providing more than half of tip-offs and nearly one third coming from outside parties. Having had more than 15 years in investigating unethical and illegal practices, I believe whistle-blowing is a critical control mechanism, but it requires a lot more than just a hotline or a policy. Business leaders must also lead from the front. They must encourage employees to make the right choice and speak up. They do this not only by talking the talk but also walking the walk. Ethical, consistent and transparent leadership not only breeds a positive and open internal culture, but also helps deter misconduct in the long term.

One of the key tools for businesses to more effectively identify dishonest activity in their company has been a whistle-blower hotline. The ACFE report found organisations that utilised a hotline, detected fraud by way of tips-offs 50 per cent more often than those that didn’t. Just by simply having a hotline, they lost $229,000 less when they experienced a scandal.

Hotlines provide companies with a greater assurance that they have knowledge over what is happening in their business. In contrast, the report said that organisations without hotlines were more than twice as likely to detect fraud by accident. In most cases there will be an individual that has knowledge of an incident, though they will not highlight it until there is a safe avenue to raise awareness to the company or through external sources.

In order to effectively implement a whistle-blower hotline, a company must be trained effectively to professionally receive the disclosure of sensitive material and ensure the effective management of such matters. If whistle-blowers want to remain anonymous, companies must also enable this to occur; but also set up processes that enable the organisation to return to the whistle-blower if more information is required or needs to be tested. Getting this balance right is important, not just for the whistle-blower but other stakeholders involved in the process. There is value, too, in organisations electing to use an outsourced whistle-blower hotline service as they are independent. When I managed an outsourced service in a previous role, one of the first questions often asked of me from a whistle-blower was ‘ do you work for the company?’. When I explained that I did not and outlined the role of a hotline provider, the provider’s reporting line into the organisation, and what my role and skills were, rapport quickly developed and trust was built.

“In order to effectively implement a whistle-blower hotline, a company must be trained effectively to professionally receive the disclosure of sensitive material and ensure the effective management of such matters”

Whistle-blowers appreciate talking to an independent, objective and skilled professional. Yet, while many companies are now adopting external hotlines as an option for employees, it is not uncommon for the service to only be symbolic. A worrying trend we find with some organisations is that they are including a whistle-blower hotline just to tick a box. It is disappointing to see that businesses aren’t properly embracing this service and providing the support for employees to have the courage to contact the hotline. This can sometimes be because of a strong ethical culture. But often it is because people don’t know they have an option to report or don’t trust the process. Companies seem to only be concerned with meeting the criteria placed by regulations, without properly considering the real benefits that a hotline provides.

A need for change in attitudes towards whistle-blowers

Despite improvements in some areas of the whistle-blower framework, there are, unfortunately, still significant shortfalls in the organisational treatment of whistle-blowers.

A recent study titled Whistling While They Work 2 by Griffith University surveyed 17,778 individuals who were reporters, managers, executives and governance professionals. It revealed that whistle-blowers are still treated badly by their management or colleagues (principally management) in 42.1 per cent of cases according to reporters and 34.1 per cent according to managers and governance professionals who dealt with cases.

What is concerning is that these results compared to the results of the survey’s predecessor, Whistling While They Work, ‘public sector whistle-blowers were mistreated in almost exactly the same proportions’.

We believe more needs to be done in this space. Creating a culture where people are afraid to speak up inevitably leads to scandal. We see all too often see that when employees feel a lack of trust in the reporting procedures, this leads to a culture of underreporting. It is this company mindset that allows for the decades of malpractice that we eventually see come out of the woodwork just as we are seeing with the Royal Banking Commission. Companies need to be comfortable that there will be mistakes that happen in the business and look to take the opportunity to learn from them and implement changes so it doesn’t happen again.

Building a safer environment for whistle-blowers

There are a number of steps that can be taken to build the trust necessary for employees to feel safe enough to have the confidence that they can report without feeling persecuted.

Organisations that are developing an effective reporting framework, must first establish a supportive culture around employees reporting any suspicions of unlawful behaviour. The first step any business must take is to establish a clear set of policies and procedures for employees to undertake when they feel they need to report an incident. The use of signage and banners to promote the policies and procedures regarding whistle-blowing is a great way to educate staff about the availability of the service as well as to encourage the reporting of any suspicious behaviour. In large organisations, PKF has also seen intranet advertising, regular communication from senior management and delivered by those leaders via email, at toolbox sessions, on induction days, etc.

Which type of companies require a whistle-blower hotline?

At PKF Integrity, we have implemented hotlines and dealt with whistle-blowers across a range of industries. Integrity is an issue for all companies, so any business would be wise to implement a hotline. It is common for businesses to think that it wouldn’t happen in their business, but the reality is that fraud is happening to them and it can happen anywhere. The risk of not having a hotline is too high, both financially and culturally.

Such a solution seems simple in theory and yet companies are still grappling with the whistle-blower and how to handle them effectively. One hopes improvement continues to occur because it is the best opportunity companies have in uncovering wrongdoing.

David is based in the Brisbane office and is head of the National Forensic and Risk Services team (PKF Integrity).

David has over 15 years’ investigation, fraud, corruption and misconduct-related experience. Prior to joining PKF, David worked at Deloitte and PwC and also has a background as a Detective in the Metropolitan Police Service, London. 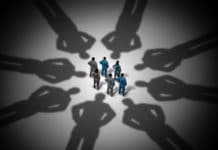 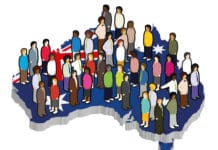