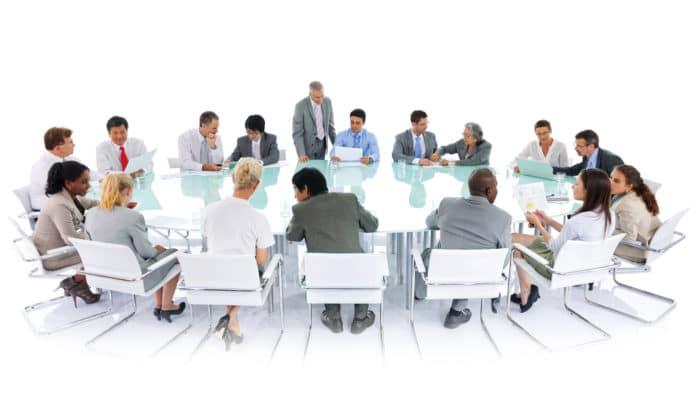 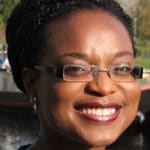 Positive group process is particularly important when diversity (both demographic and cognitive) is introduced into the boardroom. Psychology, as a behavioural science, plays a significant role in helping us understand – and leverage – the relationship between differences (e.g. ethno-cultural diversity) and board effectiveness.

Gender and ethnicity are two commonly discussed dimensions of board diversity. Ethnicity and gender are similar. Many of us see ourselves as part of gender and ethnic groups and both are visible social identities. Behavioural science evidence shows that our brains operate similarly in response to gender and ethnic stimuli – we rapidly categorise people as ‘like’ us or ‘unlike’ us, based on gender and ethnicity. However, there are also key differences between how we respond to these categories and the implications for board effectiveness. For example, women on boards may grapple with gendered assumptions of what leadership looks like. Women directors may thus face the ‘double bind’ of balancing directness with nurturing behaviour in their interactions with other board members. This challenge is unlikely to be experienced by senior Asian men.

Chairs of inclusive and effective boards cannot therefore assume that what works for women directors will work for directors of colour. The science underlying gender v. ethnicity dynamics vary because:

For these reasons, attention to how psychology can contribute to inclusion and board effectiveness as it relates to different forms of diversity is important. The role of psychology is particularly important because, as chairs and executive search firms (ESFs) become increasingly aware of the critical importance of gender diversity, there is a risk they may experience limited cognitive capacity for other forms of diversity, such as ethnicity. Work psychologists can support decision-makers to manage any cognitive fatigue associated with focussing on multiple strands of difference.

The evidence suggests that the representation of directors of colour on boards is declining, and there is limited understanding of the particular dynamics of ethnicity-related diversity when it comes to predicting board effectiveness. Minority ethnic representation on US and UK boards (Zweigenhaft, 2013; Alliance for Board Diversity, 2013; BITC 2014, Green Park 2014) is declining. This decline is in the context of an increasing population of people of colour (i.e. non-whites) globally; in the UK, from a current figure 14 per cent of the total population, forecast to rise to 25 per cent by 2051 (Rees et al, 2015). Despite this decline, there remains relatively little investigation of ethnicity on boards as a single-issue topic. Searches conducted of an academic database, a top-tier management and organisational behaviour journal and a specialised corporate governance journal revealed that we are in the early days of collating evidence coalescing around this area to practically support boards, chairs and CEOs.[2] There is some initial progress, with the recent publications of the Parker Review of ethnicity on UK FTSE 100 boards, and The Middle Report commissioned by the Black British Business Awards in examining what it takes to progress minority ethnic talent to executive levels. However, in the academic literature on boards, ethnicity (compared to gender) is most often studied as one of many other characteristics including age, educational background, functional areas of expertise, experience and industry background. Overall, the dearth in literature suggests that there is much potential for psychological insights to address this under-studied and under-explored area.

Despite the apparent gap in our understanding, some ethnicity-related implications can be deduced. Psychology offers insights into how to maximise board effectiveness by applying the predictable processes of group membership to develop a strong sense of purpose and collective ownership.[3] Two relevant criteria for board effectiveness are board task performance and board cohesiveness.[4] Cohesiveness refers to the degree to which board members are attracted to each other and are motivated to stay on the board. Established psychological theory can help to explain board dynamics and under-representation of historically disadvantaged groups, including women and minority ethnic individuals. For example, agency theory,[5] social identity theory,[6] social categorisation theory[7] and upper echelons theory [8],[9] broadly explain how as individuals and groups we align ourselves with personal or personally-similar goals and self-interests, sometimes subconsciously. The commonly known concept of unconscious and implicit bias we have about different groups comes from the psychology of group cognition.

“The role of psychology is particularly important because, as chairs and executive search firms become increasingly aware of the critical importance of gender diversity, there is a risk they may experience limited cognitive capacity for other forms of diversity, such as ethnicity”

To improve inclusion and board effectiveness, we can focus on director selection, director induction and board engagement. Gender and ethnicity are ‘salient’ identity categories (compared to age, educational background, functional areas of expertise, experience and industry background) because they make directors more significantly different from the rest of the board. Research based on 1,073 directors suggests that new female and mixed gender minority ethnic directors would need to be more similar to incumbents on other characteristics than other directors who differ along other dimensions (e.g. a young white male director) to increase their chances to be appointed to be committee members and chairs, and increase their tenure generally.10 On appointment, as recommended by Ingley & van der Walt in 2003, the chair should brief the appointee with regard to the background, expertise and special roles of fellow board members prior to introducing them, and to brief key members of the senior management team regarding the appointee. An informal meeting with the chief executive and other board members before attending the first board meeting is also recommended. These actions are critical for reinforcing a collective social identity, which psychological research indicates is a powerful and compelling driver of group cohesion and performance.

Following appointment, focus should turn to both the formal and informal induction process. First-time minority ethnic directors and women receive significantly lower mentoring than white male first-time directors. Further, minority ethnic first-time directors are 72 per cent less likely to be advised by an incumbent director about boardroom norms compared to women’s 50 per cent (McDonald & Westphal, 2013). Such formal and informal psycho-social support is critical because it is more difficult for minorities to build social capital due to the natural tendency of the white male-dominated corporate elite to exclude demographically dissimilar others and differentially mentor them. There are also cultural differences in acquiring and leveraging social capital, such as the degree to which individuals proactively engage in impression-management, politicking and self-promotion.

Once the board has been functioning as a group for a period of time, the research on small group dynamics and decision-making becomes pertinent. In the board room, the ‘in-group/out-group’ categorisation arises from majority v. minority status. All else being equal, what we know about human psychology tells us that individuals with majority status can exert a disproportionate amount of influence on decision-making. 3 Chairs should attend to such dynamics to ensure that the minority ethnic director’s voice is audible and legitimised during board decision-making.

In conclusion, behavioural science applied to the workplace currently has much to offer in helping us understand how boards come together and make decisions in the context of difference. Psychologists’ social science research skills can also be deployed to expand our understanding. For example, board audits often involve triangulating publicly available data (e.g. the Independent Regulatory Review Commission + company proxy statements + annual reports + news articles + website photos) to conduct indices of diversity on boards.

However, proper understanding of board effectiveness and dynamics necessitates the use of other methods in tandem, such as interviews, observations and surveys. These are powerful methods for understanding attitudes and behaviours of company personnel and board members themselves (as recommended by the Parker Review of Ethnicity on UK Boards, 2016). Psychologists are classically trained in a high degree of sophisticated qualitative and quantitative methods for understanding human behaviour. Understanding how inclusive boards become more effective means we cannot shy away from complexity. Complexity means future focus on things like multiple identities (e.g. gender with ethnicity), national/cultural differences and other dimensions. Thus, there is significant potential for chairs and CEOs to benefit from expertise and insights of behavioural sciences in sustaining and enhancing board performance through leveraging diversity.

Dr. Doyin Atewologun, a Chartered Organisational Psychologist, is a researcher and consultant with expertise in organisational development, diversity & inclusion, intersectionality and leadership. Doyin is a Lecturer in Organisational Leadership & Learning at the School of Business & Management, Queen Mary University of London and Visiting Fellow at Cranfield School of Management, UK and the Lagos Business School, Nigeria. Doyin is also a founding member and Deputy Chair of the British Psychology Society’s Diversity & Inclusion at Work Group, a voluntary professional group of academic and practitioner members committed to implementing evidence-based approaches to maximise positive outcomes in diverse workspaces.

1.Sealy, R., and N. Doherty. (2012). Women in finance: A springboard to corporate board positions. London: Association of Chartered and Certified Accountants

2.The findings of this search were limited to one relevant UK article, a handful of US articles, and another handful of studies on ‘ethnicity’ in parts of the world with high levels of ethnic diversity (Indonesia, Malaysia, Nigeria).

Gender Diversity: Moving from the why to the how