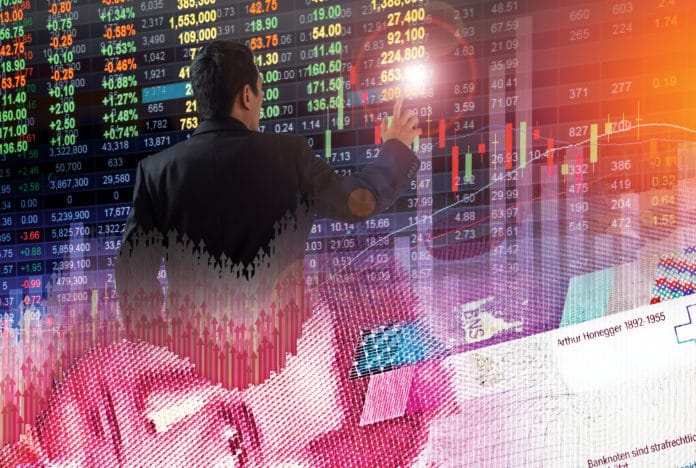 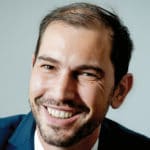 In the follow-up to its 20th anniversary, the Ethos Foundation in Switzerland has launched a new stock exchange index dedicated to corporate governance of Swiss listed companies in collaboration with the Swiss Stock Exchange (SIX Swiss Exchange).

The Ethos Foundation has been active in the promotion of good corporate governance in Swiss listed companies since its creation in 1997. The integration of best practices in corporate governance has always been an integral part of Ethos’ analysis of companies in relation to the construction of its investment funds. As a responsible investor, Ethos exercises the voting rights attached to its investments based on its voting guidelines that take into consideration internationally recognised best practices in corporate governance. In December 2016, Ethos published the 16th edition of its Proxy Voting Guidelines and Corporate Governance Principles. As part of its stewardship duties, Ethos engages in dialogue with listed companies with a particular focus on shareholder rights, board composition and board and executive remuneration.

“The index is intended as an additional mechanism of self-regulation in listed companies, incentivising them to implement best practices in corporate governance”

The launch of the ESCGI is an innovative new way to promote good corporate governance in listed companies by privileging the companies that implement best practices. The respect of best practice in corporate governance serves as a reference for the weighting attribution to the companies comprised in the classic index of the Swiss market, the Swiss Performance Index (SPI). In fact, traditional indices are constructed based on the market capitalisation of each stock adjusted to the free float of the stocks. Apart from liquidity considerations, no specific rules drive the inclusion and weighting of a stock in standard indices.

In this context, Ethos believes that it is necessary to rethink the way traditional stock indices are calculated by adding further considerations. In particular, the ESCG Index aims to:

Shareholder rights are paramount to the healthy functioning of a listed company. The index privileges companies respecting the one-share, one-vote principle. In addition, the duty to make an offer in the case of a change of control of more than 33.3 per cent of the voting rights must be respected as stipulated by the Swiss Financial Market Infrastructures legislation. In fact, the Swiss legislation allows companies to introduce in their articles of association the possibility to derogate from this obligation (so called ‘opting out’ clause).

The combination of multiple classes of shares and an opting out clause entails an important risk for minority shareholders. This combination might create an opportunity for the controlling shareholder to sell his stake with an important control premium at the expense of other shareholders. The buyer can gain control of the company with a small part of the capital and without having to make an offer for the rest of the capital. In such a case, the other shareholders who often represent the majority of the capital but the minority of the votes may see a new shareholder with potentially divergent interest taking control of the company. The impact on the valuation of the company can be substantial. The combination of multiple classes of shares and the opting out clause leads to a higher underweighting in the Ethos’ index than each measure taken separately.

This scenario actually took place at the Swiss listed company Sika. The historical controlling shareholder with 17 per cent of the share capital and 53 per cent of the voting rights decided in December 2014 to sell its stake to the competitor Saint-Gobain. The articles of association of Sika included an opting out clause allowing Saint-Gobain to gain control without having to make a takeover offer. Saint-Gobain therefore offered an 80 per cent premium to the historical shareholder to acquire their stake. On the day of the announcement of the transaction, Sika’s share price fell by almost 30 per cent.

The board composition is a central part of the governance of a company. In terms of composition, an adequate balance between size, independence, experience, diversity and expertise has to be reached. To ensure a balanced composition of the board, the board size should be sufficient but not excessive. However, in the Swiss market, several listed companies operate with a board of three or even two members. Apart from a Swiss law, which requires a minimum board size of one director, there is no listing requirement of a minimum board size. A board size of less than four members is a major risk for investors who are automatically invested in such companies if they want to replicate the standard index. The Ethos’ index therefore underweights significantly companies with a board of less than four members.

The board should also include sufficient directors who are independent from management in order to carry out its supervision duties with objectivity and in the interests of all the shareholders. To be considered sufficiently independent, the board should include a certain number of independent directors. In the case of companies with an important shareholder (or group of shareholders), the overrepresentation of important shareholders on the board is not desirable. This could lead to a major shareholder controlling not only the general meeting but also the board, which carries serious risks for minority shareholders and other stakeholders in the company. This is particularly important when the control of the company is obtained via a double class of shares.

Ethos’ index underweights companies where the board lacks independence or where the controlling shareholder holds more than 50 per cent of the board seats.

In addition, the Ethos index will underweight companies with a combined chairman and CEO. Chairing a board of directors and running a company are two very important but distinct tasks. The separation of the offices of chairman of the board and chief executive officer is designed to ensure a balance of power. It reinforces the board’s ability to make independent decisions and to monitor the conduct of business by executive management.

Board and executive remuneration

Particular attention has been paid to board and executive remuneration over recent years and has resulted in several new legislative measures worldwide. In particular, with the introduction of the Minder initiative, Switzerland is the country where the shareholders of listed companies have most rights with regard to voting board and executive remuneration. The shareholders now have the non-transferable right to vote on the total amounts of remuneration to be paid not only to the board of directors, but also to the executive management.

Ethos’ index focusses on two different practices that create a particular risk. The index underweights companies that grant stock options to their non-executive board members. This practice may significantly impair non-executive directors’ ability to exercise their judgement in an independent way, in particular when the exercise period is approaching. The index also underweights companies where executive management systematically receives very high variable remuneration as a percentage of their base salary with poor connection to the performance of the company and the long-term value creation.

Characteristics of the index

Vincent Kaufmann has been the CEO of Ethos Foundation and of Ethos Services since June 2015. He has been member Ethos Services’ management in charge of investment since 2011 and deputy CEO since 2013. Vincent Kaufmann joined Ethos in 2004 as a corporate governance analyst, later becoming a senior and deputy head of corporate governance. Since 2014, he has been a member of the supervisory board of the consultant Proxinvest (Paris). Vincent Kaufmann, a Swiss certified Expert for Accounting and Controlling since 2009, holds a Master’s degree in Business Economics from the University of Geneva (2004).