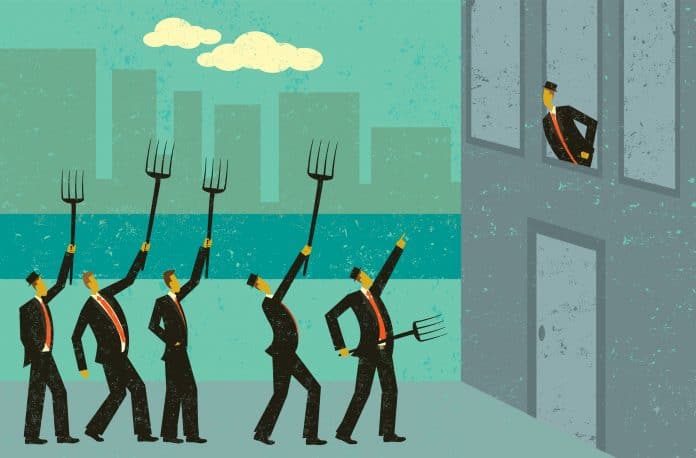 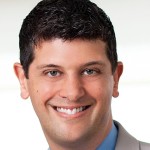 Companies pursuing an initial public offering (IPO) are well advised to go public with the most state-of-the-art defences available. Following an IPO, the adoption of certain structural defences requires shareholder approval, which is often an insurmountable obstacle in today’s pro-activist climate.

Many institutional shareholders are critical of any measure that could be viewed as interfering with the shareholder franchise. Therefore, it is important to determine whether the board can implement a structural defence unilaterally, i.e. without shareholder approval.

Most structural defences are included in a company’s organisational documents, which differ from jurisdiction to jurisdiction. Most common law countries provide for two separate documents: a charter (or certificate of incorporation, articles of incorporation or memorandum of association) for the most important corporate governance rules and bylaws (or articles of association) for rules of lesser importance. The requirements to amend these documents typically differ in these jurisdictions: while an amendment of the charter commonly requires a combination of board and shareholder approval, bylaws can often be amended unilaterally by either the board or the shareholders. By contrast, some jurisdictions (such as Germany) provide for only a single organisational document. In these jurisdictions, typically both board and shareholder approval is required for any amendment.

The availability of certain structural defences varies from jurisdiction to jurisdiction and not every defence would benefit every company against an activist when all considerations are weighed. Such considerations include the drawbacks of inviting criticism from institutional shareholders and potential legal disputes over the legality of the adopted defensive measures. As a general rule, a board should implement structural defences before an activist targets the company. Defensive measures adopted in response to a pending activist campaign will likely be subject to stricter judicial scrutiny and could receive a more negative reaction from investors and the media.

Activists typically avoid targeting these companies because the holders of high-voting shares, which are typically owned by  or affiliated with management of the company, make an election contest for board control either impossible or, at the very least, difficult for an activist. Although it is possible to introduce such a capital structure post-IPO, this conversion is often not realistically obtainable because most jurisdictions require shareholder approval to create a multi-class capital structure and institutional shareholders strongly oppose such a change.

Having a shareholder with a significant block of shares who is friendly to the incumbent board can make it more challenging or even impossible for an activist to elect its director nominees in an election contest. Subject to applicable law and a company’s organisational documents, a board may have the power to unilaterally issue new shares to a friendly shareholder and thereby dilute an activist’s stake in the target company. However, such an action will likely be challenged by an activist in court.

If shares are issued in the context of an actual or threatened proxy fight, the board’s decision to issue shares to a friendly investor will likely be subject to enhanced scrutiny. Thus, a board would be prudent to issues shares with a cogent business rationale and ideally before the advent of an activist campaign.

The first is to have all directors elected annually, which is the default rule in most US states. The second approach is to ‘classify’ or ‘stagger’ a board, which means to organise a company’s directors into two or three classes, with the directors of each class facing election every two or three years. The latter approach is considered one of the strongest defences to proxy contests for corporate control because an insurgent cannot take control of a board in a single election contest. Instead, an activist would need successive victories in at least two annual elections to obtain control of the board, a feat which has never been achieved in the history of corporate America.

“The default rule under German law is for directors to be elected every five years, making proxy contests for board control in Germany extremely rare”

Some non-US jurisdictions allow for an even longer time period between elections. For instance, the default rule under German law is for directors to be elected every five years, making proxy contests for board control in Germany extremely rare.

To facilitate this process, some jurisdictions, such as the US, generally permit a company to include ‘advance notice’ provisions in its bylaws. These provisions require shareholders to provide the board with advance notice of their intention to nominate directors or to present shareholder proposals. A standard advance notice bylaw requires shareholders to deliver notice of shareholder proposals or nominations to the board between 90 and 120 days before a shareholder meeting. When submitting such notice, the shareholder must make certain disclosures and representations as specified in the advance notice provisions, which commonly include such information as the identity and stock ownership of the soliciting parties, any arrangements between such parties, detailed information about the nominees or proposals and representations of any nominees that, if elected, they would comply with company policies.

While these provisions provide a company with vital information and adequate time to form a considered response, they are unlikely to inhibit a sophisticated activist from making valid nominations or proposals.

5. Shareholder action by written consent in lieu of meeting

The corporate law in many jurisdictions allows shareholders to act by written consent in lieu of a shareholder meeting. Shareholder action by written consent exposes companies to the threat of activism campaigns all year long because shareholders can remove incumbent board members at any time as opposed to only at shareholder meetings. In some jurisdictions, companies may opt out of this activist-friendly default rule through a provision in the organisational documents. As with many other defensive measures, companies will find it difficult to introduce such a provision post-IPO because it typically requires shareholder approval.

Companies that are unable to eliminate shareholder action by written consent can sometimes protect themselves from consent solicitations by adopting procedural rules, which give the board limited control over the process.

In many jurisdictions, the organisational documents of a company may prohibit or restrict the power of shareholders to call, or limit the actions that may be taken at, special meetings. For instance, a common provision limits the right to call special meetings to shareholders holding a minimum percentage of shares (e.g. 10 per cent). A number of companies provide that if a matter was included on the agenda of a prior shareholder meeting, then a special meeting cannot be held with respect to the proposed matter within a certain time period (e.g. 12 months) following the shareholder meeting. In some jurisdictions, organisational documents may also preclude the calling of a special meeting for the purpose of addressing a matter that will be included on the agenda at an upcoming shareholder meeting to be held within a certain time period (e.g. 90 days) following the company’s receipt of such request.

Another important question is whether shareholders are permitted to remove board members prior to the end of their terms of office. In many jurisdictions, the default rule allows shareholders to remove any director, with or without cause, by majority vote. Other jurisdictions allow companies to eliminate or at least to restrict this right, such as by limiting director removal only for ‘cause’.  In these instances, a board might want to define ‘cause’ in its organisational documents and limit the triggering events to a director’s adjudication as legally incompetent, the director’s conviction of a serious felony involving moral turpitude or violation of securities laws and similarly high thresholds. Another way to limit director removal is to require a supermajority vote of the shareholders (e.g. 66.6 per cent or 80 per cent) to remove directors.

8. Increases in board size

To ensure that the board has such flexibility, the organisational documents of a company should grant the board the exclusive power to delay a previously scheduled meeting or already convened shareholder meeting for any reason, regardless of whether or not a quorum is present. In such instances, a board would be well advised to balance the tactical use of this power against a potential legal attack by the activist on the inequitable use of such power to disenfranchise shareholders.

A poison pill or shareholder rights plan, commonly used against hostile takeovers, can also be an effective defence against an activist. While poison pills are legally permissible in many jurisdictions, such as the US, Canada and Japan, they are more difficult or even impossible to implement in other countries, such as Germany or England. If a poison pill is permissible under applicable law, it is highly effective at capping an activist’s stake because a triggered poison pill results in severe economic and voting dilution to the insurgent.

A typical rights plan provides that if a shareholder acquires more than 10 or 15 per cent of a company’s shares without board approval, the remaining shareholders have the right to buy additional shares at a 50 per cent discount. From a defence perspective, a poison pill limits the amount of shares that an activist can own and vote in a proxy contest. This reduces the likelihood that the activists will be successful. If drafted properly, a poison pill can also be used to discourage the teaming up of activist shareholders because it will provide for the aggregation of stakes of shareholders who work in concert.

While the merits of shareholder activism continue to be debated in the media and among practitioners and scholars, activists have grown astonishingly successful and bold in attacking public companies across the globe. In this current environment, boards of directors should prepare before an activist emerges so that they can properly consider, analyse and respond to the demands of an activist.

The improvement of structural defences can provide the board with meaningful tactical advantages against a value-destructive activist campaign and facilitate the board’s ability to act in the best interest of all shareholders.

Dr. Kai Haakon Liekefett EBMA, LL.M. is the head of the Shareholder Activism Response Team of Vinson & Elkins and a corporate partner with 15 years of experience practicing law in New York, Houston, London, Germany, Hong Kong and Tokyo. He has extensive experience advising companies around the world on how to respond to shareholder activism campaigns and proxy contests. Dr. Liekefett holds a Ph.D., from Freiburg University; an Executive MBA from Münster Business School; and an LL.M., James Kent Scholar, from Columbia Law School.  He is admitted to practice in New York, Texas and Germany. The opinions expressed in this article are those of the author and not necessarily those of Vinson & Elkins or its clients.

Solving the problem of short-termism