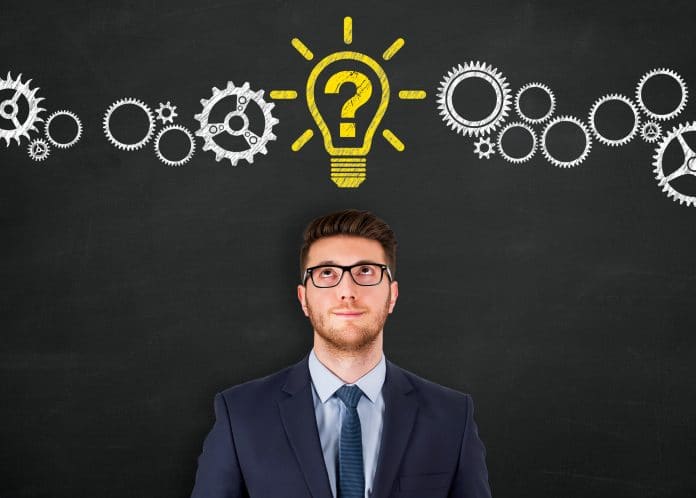 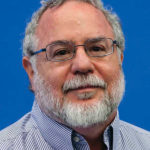 By Jon Lukomnik, Author of ‘What They Do With Your Money’ and Executive Director, Investor Responsibility Research Center Institute

Issues around short-termism are near the top of the agenda for virtually every board member concerned with sustainability – and for good reasons.

Larry Fink, CEO of BlackRock, the world’s largest investor, made headlines worldwide with his letter to CEOs, asking them to combat the forces of short-termism. ¹

An academic study found that three-quarters of senior American corporate officials would not make an investment that would benefit a company over the long run if it would derail even one quarterly earnings report.²

Investors overdiscount the future, meaning that they don’t fully appreciate cash flows more than a few months away and there is no reason to think corporate officials or board members are any less myopic. “This is a market failure,” explains Andrew Haldane, chief economist of the Bank of England.

“It would tend to result in… long-duration projects suffering disproportionately… including infrastructure and high-tech investments… often felt to yield the highest long-term returns and hence offer the biggest bang to future growth.”³

Such myopia also reduces boards’ willingness to deal with systemic risks, such as climate change. The “tragedy of the horizon” is how Bank of England governor Mark Carney termed that failure.4 Underinvestment and inaction in the face of risk are symptoms. What is the cause? Absent discovering how and why what may be called ‘Economic Attention Deficit Hyperactivity Disorder’ infects the boardroom, the odds of reversing it are slim. Many directors claim they react to investor pressure, so let’s start there.

Investing for the long term used to be the rule. Even in the 1930s, following the Great Depression, the average holding period of a New York Stock Exchange traded stock was 10 years. It is now around six months. While high-frequency traders certainly have some effect on that number, even traditional institutional investors turn over the entire value of their portfolios every year, on average.5

Why? The list of what has changed is lengthy. Technology has changed trading, resulting in less frictional cost. Fixed commissions are ancient relics. Capital has been democratised in most developed markets. The list goes on and on. But two root causes often escape scrutiny: the business model and the culture of the investment management industry. Simply put, they incline towards trading, not investing and ownership. We should understand them as ground zero for the short-termism epidemic.

Today’s investment industry is dominated by modern portfolio theory (MPT). Developed in the early 1950s, MPT popularised such basic concepts as diversification, which have proved a boon to investors and society. But it changed the focus from companies to the securities they issue.6 MPT enabled the idea of benchmarking returns against ‘the market’, for instance, comparing how your portfolio of stocks did against the FTSE 100 or CAC 40. The result is a marketplace in which trading is the primary tool managers use to try to beat the market.

There is a business reason for this: investment managers are paid based on the amount of assets under management and relative performance drives investment flows. But it doesn’t necessarily help the end investor. Indeed, most traders trail the overall market. But they feel a need to distinguish themselves from their competitors. This need for relative, not absolute, is pervasive and perverse, even stopping some investors from taking action that they know would benefit their investors over the long term. So, for example, one large investor admitted that devoting resources to stewardship, rather than trading, is not desirable because, though it would reward the people who invest through his funds, it would not give his investors “a benefit that is distinct from other shareholders”.7

The dominant culture of investment management firms reinforces the short-termism of the business model. Two-thirds of all institutional money managers trade more than they anticipate or even want. While they cite a number of motivations, one is that culture affects them: they sometimes trade to justify themselves. In the face of fast-moving markets, it’s hard to sit and not trade, even when that is the right thing to do. Behavioural biases and culture play a role in rapid-fire trading.8

Yes, many investors have become short-term focussed, but rather than build defences against Economic ADHD at the boardroom door, we invited it in. We now compensate executives largely in equity-linked compensation. The purpose of that is to align corporate management (and sometimes corporate directors) with how investors think. The unintended consequence has been to bring short-termism into corporate strategy. We should not be surprised that when we pay people in a currency that moves up and down with every market movement, those people care about those market movements.

So what is to be done?

In general, the proposed solutions divide into two complementary camps. The first aims to reinstate balance in the boardroom. Among the best-known ideas are suggesting that US  companies end quarterly guidance 9 and lengthening the measurement period for executive compensation and changing the performance measures to better focus on drivers of a company’s future growth rather than stock market price.10

But it is the second area of focus that may be more effective in the end. The members of this camp ask what the purpose of a capital market is and does the level of trading serve that purpose? In effect, they attack the root cause of short-termism: if capital markets can be refocussed on investing and owning, rather than trading, then board members will be encouraged to focus on sustainable growth over time.

These reformers are reexamining fundamental assumptions in all corners of the capital markets:

Legal – James Hawley, Keith Johnson and Ed Waitzer have written a succession of articles arguing that fiduciary duty is, and should evolve to consider longer term sustainability issues.11

Business model – Generation Management published a white paper seeking to change how investment managers are paid. “Most compensation schemes emphasise short-term actions disproportionately… Instead, financial rewards should be paid out over the period during which these rewards are realised.”12

Stewardship – The International Corporate Governance Network, representing asset owners and asset managers in 47 countries with $26trillion under management, was scheduled to unveil its stewardship principles in June.13

Culture – This year, London Business School instituted a requirement that all Masters in Finance graduates must take a course entitled The Purpose of Finance.14 Hopefully, other universities will follow its lead.

Empowering savers – Shareaction is an organisation that monitors investment managers on behalf of savers. It believes that long-term thinking is “the best way to guarantee healthy returns”. After a decade in the UK, it has expanded to Europe and is rumoured to be considering a US initiative.

Jon Lukomnik serves as Executive Director of the Investor Responsibility Research Center Institute. A co-founder of the International Corporate Governance Network (ICGN) and GovernanceMetrics International (now part of MSCI), Mr. Lukomnik served as interim chair of the executive committee of the Council of Institutional Investors (CII) and was the investment advisor for the New York City pension funds in the 1990s. As a consultant for Sinclair Capital and Funston Advisory Services, he has performed fiduciary and performance audits for some of the largest public pension plans in the country.

Mr. Lukomnik’s new book, What They Do With Your Money: How the Financial System Fails Us and How to Fix It, has been praised by former UK Prime Minister Gordon Brown, Vanguard Founder Jack Bogle, Yale CIO David Swensen, Ex-Sen. Chris Dodd, former Barclays’ Chair David Walker and former Oxfam GB head Barbara Stocking, and has received editorial kudos from The Economist. Forbes called Mr. Lukomnik “one of the pioneers of modern corporate governance.” He is a member of the Standing Advisory Group of the PCAOB and serves as a trustee for the Van Eck family of mutual funds.

Where do investors stand on ESG?