The Department of Justice (DOJ) released a potential game-changing enforcement policy to DOJ staff on 9 September 2015 called ‘Individual Accountability for Corporate Wrongdoing’ (the Yates Memo). The Memo, publicised broadly, is receiving unprecedented attention and significant concern and with good reason.

While not entirely new in many aspects, the Yates Memo clarifies and re-emphasises the DOJ’s enhanced focus on holding corporate executives accountable for corporate wrongdoing in both criminal and civil cases. Under the Yates Memo, two new aspects of the policy have potentially profound implications. First, prosecutors cannot recommend that the company receive any ‘credit’ in the form of reduced penalties for cooperation unless the corporation turns over all information on personnel in the company that may have participated in wrongdoing. Second, prosecutors are required to prosecute all individual employees where there is sufficient evidence to do so. Thus, for the corporation and the employee(s) that might be involved in wrongdoing, there are enormous ramifications, leading potentially to the board of directors.

In the past, the DOJ has routinely agreed to settle cases of corporate wrongdoing by requiring corporations to pay fines, change their business practices and sometimes agree to a corporate monitor and/or terminate the employment of the wrongdoer. At the same time, the DOJ had generally not pursued actual prosecutions or civil actions against individuals except in egregious instances of fraudulent or corrupt conduct. In some cases, the DOJ has historically used the carrot of foregoing individual prosecutions as an incentive for the company to pay big fines.  In short: the corporations paid and most individuals skated. No more.

The Yates Memo changes that standard and emphasises that prosecutors should ‘seek accountability from the individuals who perpetrated the wrongdoing’. The directive is for investigators to work these cases up the chain of command within an organisation and evaluate what directors and officers, as well as senior management and involved employees, knew or reasonably should have known, about a regulatory or criminal problem. Such individuals could be prosecuted under a ‘conscious avoidance’ theory, popular among prosecutors to employ in cases where there is evidence of misconduct all around an official, but little immediately implicating him/her directly.

The theory, recognised in the federal law, allows the government to ‘impute’ knowledge to the senior official. Boards are not exempted from that enforcement theory. Similarly, in a civil case where the government’s burden is lower, they may face civil liability under a strict liability theory. No longer will a company resolve its civil or criminal problems by simply firing the wrongdoer.

This means that investigations will take longer and involve more individual subjects and targets as prosecutors look at the role of everyone involved and try to find possible individuals to prosecute. While the guidance calls for individuals to be identified and brought to the attention of the DOJ, prosecutors still have the discretion to seek cooperation from individuals, wherever situated, and to determine if they might have evidence on more senior officials in the corporation. In such cases, DOJ prosecutors may seek to ‘flip’ the individual against more tenured executives in the company. In other words, today’s target can be tomorrow’s cooperator (as was the case with Richard Bistrong) and boards should pay close attention to what that might mean for an organisation.

What does all this possibly mean for individuals and their corporations facing a federal investigation? For individuals that might have felt that ‘worse case, the company has my back, and they will protect me from the government’, that insulation has likely been removed. Conversely, corporations now need to be concerned that when they offer evidence to the government and individuals are then targeted by DOJ as a result of those corporate disclosures, they may be anxious to ‘tell all’ as a way of gaining cooperation credit on an individual basis. Such cooperation can potentially mitigate a criminal sentence. Such were the circumstances when Richard Bistrong was targeted by the DOJ in part as a result of Robert Appleton’s UN investigation of him and his company at the time. Richard served just 4 months of incarceration where the guidelines called for five years, as a result of the DOJ informing the court and crediting his cooperation. In other words, Richard’s sentence was dramatically reduced as a result of his cooperation with the government.

With Yates, the climate becomes more adversarial. In the case of the individual, if a targeted employee decides to cooperate and the prosecutor accepts the offer, the cooperating employee may describe a compliance system that was generally weak, ignored by the C-Suite, not well enforced and easy to circumvent. In this situation, an organisation might find that they now have potentially greater civil and criminal liability; hence, the risks of the situation turning around on the company are now greater and boards may ultimately be held accountable for weak compliance and risk regimes.

Further, these requirements will no doubt cause the process, both internally and externally with the DOJ, to become more contentious. Savvy employees, officers and directors that find themselves being asked questions internally about alleged wrongdoing, will now think twice before they voluntarily submit to interviews within the company and turn over materials.  We could see individuals, when probed by company investigators, instead trying to beat the company to the government, wanting to be the ‘first in’ to the DOJ.

Concerns of the individual employee that their company won’t protect them in the case of an investigation in light of Yates are valid, because individuals who find themselves as subjects of the investigation now have to contemplate that any information they disclose internally to the company will be turned over to the government anyway. Hence, there is little incentive to be cooperative internally with one’s own company and greater motivation to cooperate with the government. The officer or director will be faced with the unenviable choice of whether to put his or her job or liberty, first. As such, prudent employees finding themselves the subject of inquiries will also quickly retain counsel.

These directives also have implications for D&O insurance policies, as there will be more claims against them. Individuals who are subjects or targets of investigations must hire separate defence counsel. There will be more documents to review and produce as prosecutors ‘reconstruct what happened based on a painstaking review of corporate documents’.  And there may be more trials of individuals, who might not be as amenable as their corporate employers to plead guilty and reach a resolution with the DOJ. After all, corporations only have to pay money; people often have to go to prison.

In this new climate, companies would be advised to not only enhance their focus on their corporate compliance activities, but also review their D&O coverage in light of the government’s announcement on individual culpability for corporate wrongdoing. Officers and directors should also take preventive steps, documenting key events, being proactive in anti-corruption compliance and taking measures to protect themselves. If you are an employee and think that you are taking risks and that worst case ‘the company has your back’, you might want to think again. If the music stops, you may be left on your own. 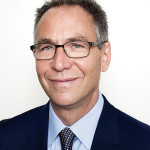 Richard Bistrong – CEO of Front-Line Anti-Bribery LLC, spent his career as an international sales executive and currently consults, writes and speaks on foreign bribery and compliance issues from that front-line perspective. Richard was the Vice President of International Sales for a large, publicly traded Defense supplier, which included residing and working in the UK. In 2007, as part of a cooperation agreement with the US Department of Justice and subsequent Immunity from Prosecution in the UK, Richard assisted the US, UK, and other governments in their understanding of how FCPA, bribery and other export violations occurred and operated in international sales. In 2012, Richard was sentenced as part of his own Plea Agreement, and served fourteen-and-a-half months at a Federal Prison Camp. Richard now blogs at www.richardbistrong.com  about current front-line anti-bribery and compliance issues. Information about Richard’s consulting practice. 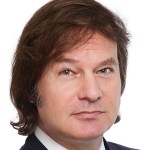 Robert Appleton is a Partner at the law firm of Day Pitney, LLP and is based in New York and Connecticut.  Robert is a former Supervisory Assistant United States Attorney, having worked in the U.S. Department of Justice Criminal Division between 1992 and 2005 in Connecticut and Washington D.C.  At the DOJ, Robert led many high profile national and international prosecutions and twice received the Director’s Award from the Attorney General, one of the Department’s highest honors. After leaving the DOJ, Robert went on to several other high profile senior positions in the international community, serving as Special Counsel and then Chief Investigations Counsel to Paul Volcker’s Commission in The Iraqi Oil for Food Investigation.

In 2006, UN Secretary General Kofi Annan appointed Robert to head an elite anti corruption unit within the UN, The Procurement Task Force, where he identified more than $1 billion in tainted contracts, 20 major corruption schemes and debarred 47 companies for corruption. In 2010- Mr. Appleton was appointed the Director of Investigations and Senior Compliance Counsel of the Geneva, Switzerland based Global Fund to Fight AIDS, TB and Malaria, the world’s largest health financing institution, where he led a diverse staff of more than 50 forensic investigators in more than 300 investigations throughout the world.  In his career, Robert has investigated more than 750 corruption matters in more than 100 countries, and is considered one of world’s leading investigation lawyers and most experienced anti corruption professionals. Robert now counsel and defends companies and officers throughout the world in FCPA, Sanctions and Compliance matters.