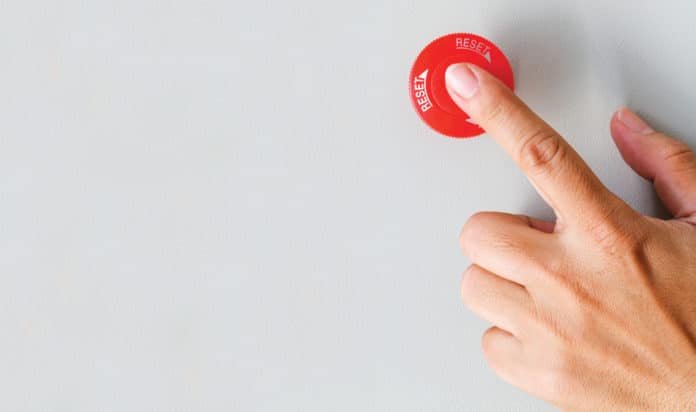 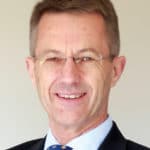 Recently appointed Wells Fargo chief executive officer Tim Sloan deserves credit. Almost immediately after the departure of disgraced former CEO John Stumpf from the building, Sloan delivered a speech to all employees to apologise for the fake accounts scandal that had beset the company.

That Sloan delivered an apology was a much-needed first step on the path towards redemption, even though “we’re sorry for the pain” sounded like an apology for the angst employees faced rather than the fake accounts action itself.

Sloan’s initial action is indeed commendable, even if it left a bevy of questions unanswered. The appointment of a senior insider (Sloan is a 29-year company veteran) to the position vacated by Stumpf, as well as to the board, is curious, to say the least. Sloan would have been aware of the fake accounts scandal, yet he got the nod for the top job. The appointment raises questions about the due diligence and recruitment processes the board utilised. Did the board know about the decisions and activities that perpetrated the scandal? If so, why has the pursuit of accountability not reached the boardroom? If the board was not aware, why not? That the board has remained silent is telling.

Meanwhile, across the Atlantic, Theresa May was becoming familiar with her new surroundings at 10 Downing Street in London just as the wheels fell off the Wells Fargo stagecoach. The newly-elected British Prime Minister wasted no time making her views known, delivering a strong message to the business community in the UK. Much of her message was aimed at the boards and executives of publicly listed companies, proposing measures to curb (perceived and real) corporate excess in the form of excessive remuneration, hubris and a flagrant disregard of some stakeholders.

Among other measures, Prime Minister May proposed that an unspecified number of seats should be reserved at the board table for employee directors. The proposal was widely reported and discussed, albeit with a mixed response. The Institute of Directors and the unions, for example, offered strong support. In contrast, many business leaders expressed wonderment, as if to ask whether the Prime Minister’s advisers had confused representation with the duty to act in the best interests of the company. The government has since rowed back from compelling boards to appoint employee representatives.

“While progress has been made in recent years, the level of understanding of how boards should work if they are to exert influence from and beyond the boardroom remains incomplete”

Wells Fargo now joins an ever-growing roll call of avoidable corporate missteps and failures (other recent examples include HSBC, FIFA, Volkswagen, Toshiba, Solid Energy, BHS and SportsDirect). Many of these seem to have emanated from the boardroom – through the actions (or inaction) of the board of directors. Notwithstanding the thousands of commentaries, opinion pieces, blog discussions and watercooler debates amongst armchair ‘experts’, the most visible response to these and earlier failures has come from politicians, legislators and regulators – their natural response being to impose new statutes and obligatory codes of practice.

Will these measures have the intended effect?

If history is any guide, probably not. Previous statutory reforms, codes of practice and other compliance measures introduced in response to corporate failures and the behavioural shortcomings of directors (and boards) have done little to improve board effectiveness or firm performance. They have not assured company continuation, either. Indeed, they were insufficient in averting several high-profile company collapses in the early 2000s and may have contributed materially to both the global financial crisis of 2008-2009 and some of the more recent corporate failures as well.

While specific causes are many and varied, two general themes are apparent: behavioural shortcomings (e.g. moral failures of directors and executives, ineptitude in the boardroom, fraudulent behaviour and activities, excessive risk taking and hubris) and operational weaknesses (an ambiguous understanding of corporate governance, company vision and unclear company vision and strategy, the focussing of boards on compliance and monitoring activities). Clearly, corporate governance has entered troubled waters.

On one hand, the task of directing the affairs of the company has become more complex as extra layers of compliance are added. On the other hand, expectations from shareholders and other stakeholders continue to rise. Boards are rapidly reaching the point where the dominant focus is on ensuring relevant statutes and regulations are complied with, and discovering ways of minimising or avoiding compliance costs, or both.

The myriad of different definitions and ‘best practices’ that have been promoted by directors’ institutes, academics, consultants and others has exacerbated the problem. Many directors have found themselves confused, struggling to contribute effectively – even to the point of losing sight of what corporate governance actually is, or so it seems.

The ubiquitous use of the term ‘corporate governance’ seems to have lulled directors, consultants and regulators into a false sense of security as well – the parties assuming that a common understanding exists. But that is often not the case. The term is now routinely used in a variety of ways. These include to describe the board’s oversight of the activity and conduct of managers; the activities of the board; the board itself (“we’ll need to get the governance to make that decision”); and, in a few cases, the business ecosystem and legal framework beyond the company (expressions include ‘system of governance’ or ‘whole-of-enterprise governance’). Is it any wonder that directors are confused and boards struggle to understand their role, much less contribute effectively?

If boards are to be effective, the problems and ambiguities alluded to here must be resolved. Straightforward understandings need to emerge. On paper, effective boards are those comprised of a group of people with the capability to assess situations critically; make decisions of various types, especially strategic decisions; and, oversee management effectively. The goal is to ensure both strategic priorities are achieved and intended performance goals are achieved, in the context of the agreed purpose of the company. The board needs to know how the business is performing, relative to the agreed purpose and strategy, and whether expected outcomes and associated benefits are being achieved (or not).

If the corporate excess and malfeasance that has been characteristic of the failures and missteps referenced here is to be corralled, the underlying basis of corporate governance needs to be reclaimed. A singular understanding of the term is crucial. The term governance (an active noun derived from a Greek root, kybernetes, meaning to steer or pilot, typically a ship) provides a useful starting point.

Richard Eells, a researcher, was the first to use the term in a corporate context. He introduced the term ‘corporate governance’ in 1960 to describe the structure and functioning of the corporate polity (i.e. the board of directors). Some 30 years later, Sir Adrian Cadbury proposed his now widely-cited definition: corporate governance is “the means by which companies are directed and controlled”. Though worded differently, these two definitions are both consistent and stable – corporate governance describes the work of the board.

Thinking more broadly, what of the wider context, the statutes, codes and regulations under which companies and their boards operate? Should these elements also be included within the scope of corporate governance, or do they provide the operating context within which boards practise corporate governance?

If the scope of corporate governance is expanded to include the operating context beyond the boardroom, it quickly becomes ubiquitous, spanning the business ecosystem and legal framework, the board and its activities, and even the company’s operations and the functions of management, leadership and operations. Such an expansive understanding has been mooted. However, it introduces ambiguity and is less than helpful – analogous to failing to distinguish between the rules of the game; the game itself as played; and, the result having played the game. Eells’ and Cadbury’s definitions suggest that a clear distinction is appropriate.

Ultimately, directors need to take responsibility for their actions; invest time understanding the business of the business; and take the tenet of collective responsibility seriously. More specifically, directors need to accept that their primary duty is to act in the best interests of the company (in accordance with prevailing statutes and regulations), not the shareholders, employees, managers, suppliers or any other party. This includes ensuring the purpose of the company is clearly defined; a clear strategy is in place (ideally, having contributed to its development with management); monitoring the activities of management; not allowing the company (management) to trade recklessly; and, importantly, making tough remedial decisions if required. If the viability of the company is at risk, for example, the board is duty-bound to act – and act it must, as unpleasant as that action may be.

Directors need to be fully engaged in their work if they are to discharge their duties effectively, by making appropriate enquiries and asking probing questions both before and during meetings to ensure they clearly understand the business of the business (a weak point of many directors). Active engagement and adequate knowledge are crucial foundations, not only for effective decision-making, including strategic decisions, but also the determination of corporate purpose; the formulation and approval of strategy; and, the monitoring and verification of both strategy implementation and subsequent business performance.

Further, boards need to ensure the performance–conformance dilemma is appropriately managed. Considerations include whether the board is spending adequate time on forward-facing, performance-related matters (especially strategy and strategic decision-making, but also policy-making), or (as is more common than many directors admit when surveyed) is most of the board’s time being spent on compliance and conformance matters or, worse still, rubber-stamping management’s proposals? Other considerations include whether the directors are strategically competent and operating with a sense of purpose.

The close interaction of the board and management as agreed goals are pursued is also recommended, as a platform for more effective decision-making and board contributions. However, this requires the board to develop high levels of trust and have the social maturity and collective efficacy to work together and exert control constructively.

Boards should discuss these and related matters periodically (perhaps annually), to ensure they are appropriately focussed on and adequately equipped to pursue the value creation mandate. A formal, externally facilitated board and governance assessment can offer useful insights as well, so long as any recommendations arising are both reported to shareholders and acted upon by the board.

Bob Garratt reminds readers in his book The Fish Rots From The Head that the role of the board is actually quite straightforward: to govern by giving direction and steerage to the company, and to both resource the executive and hold the executive accountable for achieving the overall purpose and agreed strategy. If directors embrace these suggestions, enforced structural provisions may no longer be required. But this relies on directors behaving well and doing ‘the right thing’, a reliance that has a chequered history.

While progress has been made in recent years, the level of understanding of how boards should work if they are to exert influence from and beyond the boardroom remains incomplete. If answers to this difficult question can be found, they will probably have significant implications, leading to a clearer understanding of corporate governance and improved guidance for board practices, director recruitment and on-going director development. While some directors may struggle to come to terms with the implications, the flow-on effects for long-term sustainable business performance, economic growth and societal well-being are likely to be significant.