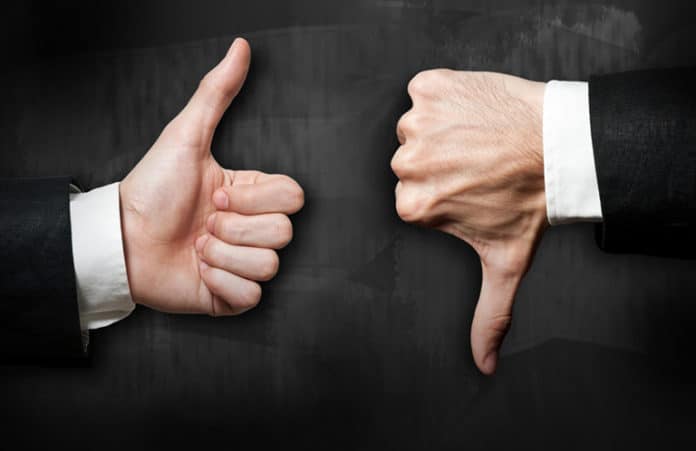 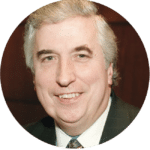 By John C. Coffee, Jr, the Adolf A. Berle Professor  of Law at Columbia University Law School and Director of its Center on Corporate Governance

Corporate purpose may be the most debated issue in corporate law this year. It has pitted proponents of the traditional ‘shareholder primacy’ model of corporate governance against representatives of newer, more ‘stakeholder-oriented’ approaches to corporate governance – in what both sides view as an Armageddon-like battle for supremacy.

To be sure, both sides may exaggerate the stakes, but, globally, commentators and business leaders are pushing a programme of re-orienting corporations towards the pursuit of environmental and social goals that are intended to benefit a broader constituency of stakeholders: employees, creditors, local communities and the environment. The ‘law and economics’ community sees this as an attack on the fundamental logic of the corporation by conflicted managers who want to escape accountability. Accountability to all, they argue, means accountability to none.

Nonetheless, the stakeholders’ side has been lately winning. In 2019, the Business Roundtable reversed its prior position and announced that corporations should be run for the benefit of all stakeholders. Shortly thereafter, the British Academy offered its new standard: “The purpose of business is to profitably solve problems of people and the planet, and not profit from causing problems.” In 2020, the World Economic Forum joined this chorus with its Davos Manifesto, which states: “The purpose of a company is to engage all its stakeholders in shared and sustained value creation.” Leading scholars, such as Oliver Hart, Colin Mayer, and Luigi Zingales, have argued incisively that, even from an economic perspective, investors want more than short-term value maximisation.

Implicit in all these statements is a rejection of the old norm, best summarised by Milton Friedman, who asserted that the social responsibility of a business was simply to maximise its profit. Although his supporters remain numerous, they may be fighting a rear-guard battle from a political perspective.

But does stating a corporate purpose do that much to locate a company on this continuum between shareholder and stakeholder models of corporate governance? The answer is: it can, but only if properly drafted. Other questions also arise here. If inserted in the corporate charter, would such a purpose be legally binding? Could stakeholders enforce it? Or is it mainly aspirational (and possibly only rhetorical)?

Let’s begin by looking at what companies have recently been doing. Danone, the French food and beverage company, has recently committed itself ‘to promoting sustainable agriculture, encouraging the circular economy, conserving water, reducing waste, reducing its carbon footprint, promoting animal welfare and investing in the community’.

Vodafone Group, the British telecommunications company, now announces its purpose: “We aim to build a connected society that enhances socio-economic progress, embraces everyone and does not come at the cost of our planet. That is why we have committed to improve one billion lives and halve our environmental impact by 2025 by taking concrete action in three areas: Digital Society, Inclusion for All, and Planet”.

After reviewing a number of these efforts, I have the sense that lawyers have framed and polished these statements to emphasise aspirational promises, such as ones made to the ‘planet’ (and not specific groups) and that rely on words such as ‘strive’ or ‘aim’ in order to avoid specific enforceable commitments. In any event, even if a company breaches its promise to the ‘planet,’ can the ‘planet’ sue? Do planets have standing?

“With such a broad protective statement in the corporate charter, the real ‘purpose statement’ could be drafted (and revised from time to time) by the board and posted on its website. At last, we here reach the truly critical issue: not whether to have a purpose statement, but how to craft it.”

At a minimum, these examples illustrate that corporate purpose statements can play an important signalling and branding function. Much more importantly, however, corporations should be able to choose (within very broad limits) whether they are only about profit or whether they wish to assume some greater obligation to society. With disclosure, such choices should be valid. Investors who sympathise with the purpose statement may increase their investment (and those who do not, may exit or start a proxy contest to replace the board). Either approach – exiting or initiating a proxy contest – leaves the matter to shareholders, not courts, to decide. Normatively, this is appropriate, as this is a matter best left for shareholders to choose for the future, whereas courts look backwards to precedent and the past.

Even if purpose statements make sense, why put them in the corporate charter? Here, a useful distinction should be drawn between (1) board actions taken to benefit a stakeholder group that may also benefit shareholders in the long run as well, and (2) board actions that will only benefit stakeholders. In the former case, the board is safely protected by the business judgment rule, but in the latter case, it may not be. In a jurisdiction where the shareholder primacy model still rules, this is problematic (and, in the US, Delaware has at least one confused decision that arguably restricts the board from taking actions that benefit only stakeholders). Still, Delaware corporate law is ‘enabling’ in character, and it has historically respected deviations from traditional norms where the deviation was clearly specified in the charter. Here, putting the corporate purpose in the charter should solve this problem.

In contrast, a charter provision is probably unnecessary in those jurisdictions that already view the shareholder primacy model through their rear-view mirrors. For example, in France, the PACTE Act of 2019 directed that ‘a company shall be managed in its corporate interest, factoring in the social and environmental issues raised by its business activity’. Similarly, Section 172 of the 2006 UK Companies Act already recognises that a director must ‘have regard’ for the interests of at least six specified constituencies (including employees).

Most recently, the UK Corporate Governance Code (2018) and the UK Stewardship Code (2020) direct companies, boards and asset managers to focus on sustainable, long-term investment. With those instructions in the law, the need for a charter provision fades. At most, companies might follow Nestlé, a Swiss company that is not subject to EU corporate law, and add a statement to their charter (as Nestlé did) that it ‘shall, in pursuing its business purpose, aim for long-term sustainable value-creation’.

With such a broad protective statement in the corporate charter, the real ‘purpose statement’ could be drafted (and revised from time to time) by the board and posted on its website. At last, we here reach the truly critical issue: not whether to have a purpose statement, but how to craft it. Three rules seem essential.

First, there must be, at least, a board decision (and not just a CEO’s letter to shareholders), as this is a fundamental decision. Second, it is folly not to engage your shareholders in this process. Indeed, a corporate purpose statement presents an opportunity for the board to seek allies among its institutional investors. Rather than impose a statement unilaterally, the board should reach out to the BlackRocks and similar asset managers among its shareholders for their input. These investors have long made clear their interest in ESG, climate change, and ethnic and gender diversity. Consultation with them in this process can provide the basis for a durable alliance and a means of resisting attacks by shorter-term activists. Third, the corporation should invite shareholders to suggest modification and additions to the statement on an ongoing basis. In the US, this could be done by encouraging shareholder proxy proposals on this issue of purpose, which proposals would be directed to a board committee for its consideration. This would not bind the corporation but would provide a channel for communication.

Above all, two truths must be recognised: (1) the board and management needs allies, and a clear purpose statement will attract them and discourage those who disagree, and (2) a corporation without a purpose is inviting others to impose their own purpose on it. The choice then is clear: specify your own purpose or default to others who, in the absence of a clear statement, will insist that their purpose is yours.

Professor John C. Coffee, Jr. is the Adolf A. Berle Professor of Law at Columbia University Law School and Director of its Center on Corporate Governance. He is a Fellow at the American Academy of Arts and Sciences and has been repeatedly listed by the National Law Journal as among its ‘100 Most Influential Lawyers in America’. His book, Gatekeepers: The Professions and Corporate Governance, was published by Oxford University Press and is now in its second edition.