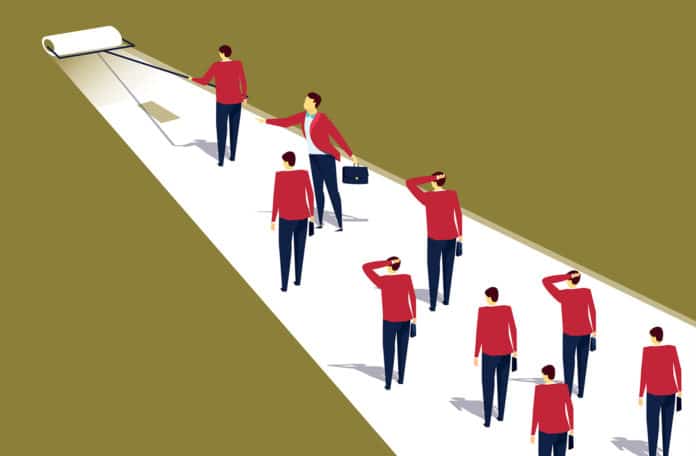 At this moment, dozens of corporate directors at some of the world’s largest companies find themselves in the depths of an unexpected CEO transition.

In the first half of 2018, nearly one in three CEO transitions at large companies involved a CEO resigning under pressure.[1] Whether it be issues of corporate culture at Wynn Resorts and Intel Corp, a crippling cybersecurity breach at Equifax, an unexpected health crisis at CSX Corp, or lagging financial performance at Campbell Soup Company, today’s directors must be prepared to implement the company’s CEO succession plan at a moment’s notice for a wide variety of reasons.

While the need for preparation and the responsibilities for it are clear, much less is known about the veracity of the succession plan itself. Only a few years ago, 61 per cent of companies surveyed lacked a formal succession plan or internal leadership development processes.[3] Relatedly, 39 per cent of those surveyed indicated their companies did not have a viable candidate who could step into the CEO role if the need arose.4 Governance commentators generally assume that directors know how to develop a rigorous, actionable succession plan that can be implemented at a moment’s notice. Instead, the apparent lack of planning is typically attributed to the limited attention that succession planning receives on the board’s agenda or, in some circumstances, the refusal of the sitting CEO to discuss the issue. As a result, much discussion revolves around coaxing boards to devote more time to succession planning and providing guidance to directors on how to motivate hesitant CEOs to focus on the issue.

In this article, we take a different approach. We asked three top executive recruiters – Justus O’Brien, co-leader of the board and CEO advisory group at Russell Reynolds, Tierney Remick, vice chairman and co-leader of Korn Ferry’s Global Board and CEO Practice, and John Wood, vice chairman and a member of Heidrick & Struggles’ Chief Executive Officer & Board of Directors Practice – a radically different question: given there is limited time on the board’s agenda and perhaps some push-back from the sitting CEO, what can directors do to improve their ability to develop a robust succession plan that can be readily implemented? Their answers to this fundamental question were surprising and can help directors prepare for CEO transitions, despite time constraints and the sensitive nature of the succession planning discussion with sitting CEOs.

If you do just one thing, do this

Our interviews uncovered an implementable framework – the development of a strategic leadership profile.

Directors should be involved in the articulation of a company’s strategic direction and provide advice regarding the evolution of this strategy. A good strategic discussion focusses on a three- to five-year time horizon, seeking to rigorously uncover the dynamics of the competitive landscape. One way to gain board alignment around the characteristics of the CEO of the future is to link discussions of strategy with the development of a strategic leadership profile. Based on our interviews, the development of a strategic leadership profile creates a natural bridge from the discussion of company strategy to succession planning by identifying the skills, experiences, and personal attributes that the CEO of the future will require in order for the company to achieve its strategic direction.

The benefits of a strategic leadership profile are at least three-fold. First, it can bring objectivity to the potentially sensitive discussion of succession planning. It does this by linking succession planning to company strategy and thereby highlighting the needs of the next CEO. Second, the strategic leadership profile can help align the board around what the next CEO needs to ‘look like’. This is because if the board can agree on the company’s strategic direction then directors are also likely to converge on the talent and leadership needs to close the gap between where the company is currently and where it needs to be in the future. That is, after directors know the company’s strategic direction they are better able to assess whether the company has the right leadership with the right skill set to achieve growth targets. And, if boards cannot align on leadership strategy, then an assessment can be made about the implications of this misalignment on the company’s ability to achieve its strategic ambitions.

“The development of a strategic leadership profile creates a natural bridge from the discussion of company strategy to succession planning by identifying the skills, experiences, and personal attributes that the CEO of the future will require”

The third benefit that arises from a strategic leadership profile is the board’s ability to deploy it as the cornerstone of the company’s overall talent management effort. As Justus O’Brien says: “You cannot put together a four- to five-year out development plan for the top internal candidates and conduct benchmarking of potential external candidates without a forward-looking document that identifies the strategic needs of the next CEO and the types of experience she or he will need to be successful.”

It was clear from our interviews that boards understand the importance of succession planning and devote significant discussion to the issue. There are times, however, that the succession planning process becomes a sensitive issue between directors and management. There are several drivers of this ‘us’ versus ‘them’ conversation. First, when management exercises control over the process to an extent in which directors are limited in their ability to ask good questions and have limited engagement with potential successor candidates who are currently one or two levels below the CEO position. Second, when the board as a group lacks the chemistry or culture to ask probing questions and to engage in vigorous debate about what good governance means in the 21st century. Third, there can be a tendency in times of good company performance for attention on succession planning to wane.

In such instances, Tierney Remick encourages directors to reinforce the importance of succession planning. “Succession planning should be actively discussed on an on-going basis. The board should be interacting with management to understand the capabilities and skills of the leadership team, not only at the CEO level, but also they should identify and nurture a leadership pipeline,” says Remick. “Good governance is a thinking about strategic leadership of an organisation to affect the strategy to the benefit of all stakeholders. When directors engage in a healthy discussion and constructive communication around good governance it can work well.”

Remick has seen such engagement led by the entire board, the lead director, or the compensation committee chair if s/he is responsible for succession planning oversight, and always involves the CEO.

Do not underestimate the importance of a communication plan

While one key step boards can take to improve their succession preparedness is to create a strategic leadership profile that can be routinely reviewed as part of the discussion of company strategy, our interviews highlighted the importance for directors to formalise a communication plan that can be used to quickly respond to an unexpected succession event. To this end, the communication plan should vary from company to company to ensure compliance with state law, corporate governance policies, committee charters, and any stock exchange and regulatory agency requirements (e.g. Securities and Exchange Commission rules and regulations).

“When an unanticipated succession event occurs, the board should be in a position to respond rapidly, remain in control of the situation, and smoothly manage the appointment of an interim or permanent successor”

When an unanticipated succession event occurs, the board should be in a position to respond rapidly, remain in control of the situation and smoothly manage the appointment of an interim or permanent successor. To be implementation-ready, the board should have a defined process and set of protocols that provide a step-by-step guide of what the company needs to do in the event of an unexpected leadership transition. The process[5] should:

As John Wood states: “The one piece of succession planning that tends to be overlooked is a communications plan in an emergency situation. A company may have a short-list of candidates and could likely fill an interim position without much difficulty. However, it is critical to have a communications plan in place to get the message out that everything is under control and the situation is stabilised.”

Our interviewees emphasised that the vast majority of boards take succession seriously. But this does not mean that succession planning is a stress-free task. The candidate pool is often in flux, the availability of internal and external candidates routinely waxes and wanes, and there can be a general fear regarding what constitutes a ‘good’ plan. In some instances, management either inadvertently or purposefully makes it difficult for the board to independently evaluate internal and external talent. Oftentimes, the search for qualified external candidates occurs late in the process, acting more as a ‘check-the-box’ exercise than a rigorous search for premium talent in the labour market. More than once, our interviewees used the words ‘brave’ and ‘courageous’ to describe the board’s need to engage in succession discussion.

Fortunately, even when given limited time on the board agenda, directors can spur objective debate around succession planning by linking the discussion to the articulation of company strategy. As Remick puts it: “Think of this as a talent and leadership strategy. It’s not only a great way to find out where the board sits on the issues, but it is also a useful tool for the incumbent CEO as he or she prepares the next generation of leaders. Leadership now is not about one person, it is about optimising a whole team of people. Having a leadership strategy helps a board develop an optimised C-suite and executive team more broadly.”

In addition, boards can focus on the development of a communications plan in the event of an unexpected leadership transition. As Wood says: “A good communication plan gives the board time to decide about succession.” And for some directors, a little extra time is precisely what they will need. 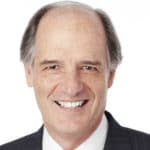 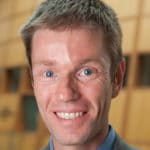 Jason Schloetzer is the William and Karen Sonneborn Term Associate Professor of Business Administration at the Georgetown University McDonough School of Business. His research focuses on management control systems with a particular concentration on the impact of corporate governance on firm value, the dynamics of CEO succession, and performance management issues in global supply chains. His work has been published in leading academic journals in accounting, finance, and operations. Schloetzer is a member of the Editorial Advisory and Review Board of The Accounting Review, andis an incoming Editor of Journal of Management Accounting Research. Schloetzer is a frequent contributor to The Conference Board’s Corporate Leadership practice, for which he has authored Director Notes on hedge fund activism, shareholder engagement, and CEO succession; with Matteo Tonello, he coauthors the CEO Succession Practices annual research report. Schloetzer has been named by the National Association of Corporate Directors (NACD) to the Directorship 100, and is often quoted in premier news outlets, including Bloomberg, CNBC, CNN, Financial Times, The Wall Street Journal, and The Washington Post.

3.2012 Survey of General Counsel and Corporate Secretaries, The Conference Board.