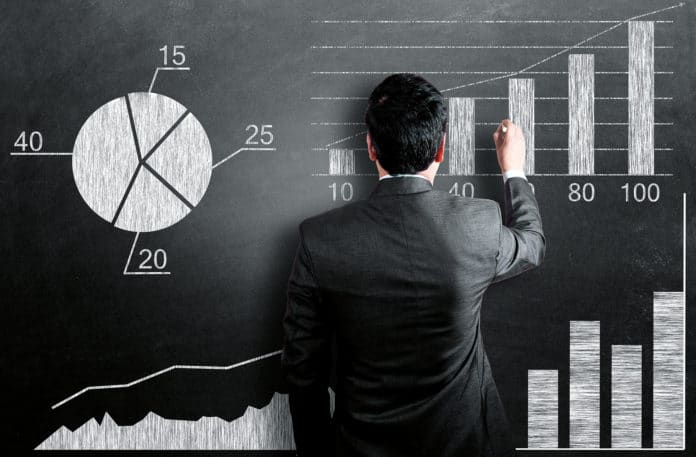 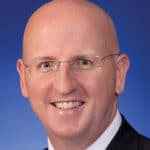 A couple of years ago in a moment of unusually low work demands and perhaps even lower enthusiasm, I decided my goal for that day was to determine exactly how far I was through my career, working on an artificially-imposed retirement age of seventy.

Being a sprightly mid 40-year-old gentleman at the time, I realised that I was just before halfway through my career, which had started as a freshman undergraduate accountant at KPMG on a hot summer day in Melbourne, Australia, in December 1988. This realisation that my career was not even halfway through was quite a daunting moment because it raised the ghost of every university career counsellor shouting ‘well, what are you going to do with the second half?’. As I sat there staring at the accoutrements of this wonderful beast called a career I, however, chose not to reflect on the next stage of the journey but rather on the decades past.

I realised that there were eight key governance, risk and audit lessons omnipresent in my wonderful journey in some of the world’s great corporations. I wrote them down on a piece of paper to serve as a lighthouse through the rough waves and calm waters that inevitably the next decades will bring. They were:

1. You can never stop learning

I remember the day very clearly when I became a chartered accountant. With great glee, I exalted to all who cared to listen that that was my last ever exam; that there would be no more tests for me.

Unfortunately, or more precisely fortunately, my older brother – long used to being the passive recipient of my extravagant claims – quietly mentioned that that may be the last time I took pen to paper (it wasn’t; an MBA followed) but that I was now entering a world where the great sought out new learnings; sought out new tests each and every day. How right he was that this is the cornerstone of a rich career.

When the day comes that the 25 years hence equivalent of a retirement gold watch is handed out and the speeches are said and done I want to be leaving the world of corporate meanderings and intrigue wanting to know that one piece of information more. That will be a career well finished.

2. Audit is a wonderful window on to the world of business

I have to start this observation with a confession. Despite now having spent more than a quarter of a century in a field of endless fascination to this simple mind, I hated audit at university.

I detested the whole thing. I cared not for the accuracy of financial statements or the intimacy of a good sample. Taxation advice was then for me where the real accountants ventured. And then one day a lecturer said to me ‘why do you hate audit’? My answer was along the lines that I sought the riches that would be bestowed on a world-class tax minimiser.

Sensing that I was not as superficial as my glib response suggested I was, he asked again ‘why do you hate audit?’ I had wanted to hate audit because that is what everyone else did. It had a bad rap and I was keen to jump onto the bandwagon of moral superiority.

What I did not realise then but surely do now is that audit is a wonderful window on to how a business operates. You may not have the depth of knowledge of a process gleaned from years of constant rework – instead, you have a breadth of experiences that remind you that issues in marketing are not all that dissimilar to the challenges that human resources are having on the floor above.

3. Your greatest value as a risk advisor is as a facilitator

Were I asked tomorrow, I could go to the candidate market in any major world city and find by the close of business probably 50 risk advisors that – on paper – would serve their organisations well just based on their qualifications and declared experience.

But of those 50 risk advisors there would be only two, perhaps three, that would really add value to their organisations. They are the ones that are the great facilitators.

By that I don’t (only) mean that they can host a good, interactive workshop. Rather, the memorable facilitator that I seek is the person who can move ideas and thoughts throughout an organisation with an invisible hand. It is the person who knows when the lawyer needs to speak with procurement; that the board member needs to spend time on the factory floor with the knowledgeable supervisor.

This may sound self-evident but it is a skill that is often lacking – for the simple reason that it forces the risk advisor out of their comfort zone. You are no longer just writing reports with the feeble hope of some future audience. You are creating an environment where real value exists; where an idea of one married with a thought of another may create something new and valuable.

4. Be prepared to ask how the internet actually works

Surely, you say, that after 25 years, any self-respecting business person knows how the internet works. Well, I guess we all do… now. But that wasn’t always the case and my experience about eight years into my career is a warning tale of note.

I was asked to complete an audit of a manufacturing company’s e-commerce approach. I (thought I) knew how to audit. I knew a little bit about commerce, given that I had spent four years enriching my mind at one of the region’s great universities. But what exactly was the e in front of the commerce thing?

I was too scared to ask for fear of exposing my ignorance and lack of worldliness. So, I preceded to undertake what I suspect (know) was my least useful piece of work in my whole career. I added even less than no value. I had wasted everyone’s time and had delivered a review that was a testament to my ego. I vowed that day that I would never again be embarrassed to ask the modern-day equivalent of how the internet works. And just before you think that this observation is not relevant today, ask yourself how would you explain (or audit) blockchain?

5. Everyone wants to be part of a fraud investigation. Don’t let them

There is an expressway car crash phenomenon that happens when a fraud is identified within an organisation. Everyone slows down and wants to have a look and, by doing so, they make the job of the first responders more difficult.

Your role as the fraud investigator is – like the first responder to accident – to get to a scene quickly and then – also just like a first responder – respectfully but forcefully tell those who don’t need to be there to move on; nothing to see here.

A memorable moment in my career to date was when a very senior manager was insistent that on the first suggestion of corporate misadventure that the person so accused be marched out of the offices immediately. The discussion about the importance of due process (and the possibility that the initial indicators may have been wrong) were very telling.

What I only realised later is that they wanted to be part of the biggest show in town as they were certain that that response would show that they were a strong leader who had zero tolerance. (As an interesting aside, months later that same leader was accused of wrong doing. Due process all of a sudden became very important).

“Taking the time to properly educate your workforce is an investment that will have an incredibly long tail. Not only do the immediate recipients understand that they are being looked out for, but, more importantly, the organisation is setting up an environment of continuous improvement”

6. When there is a restructure/fraud/major event – respect the organisational grief cycle

My learned friend Wikipedia helpfully reminds me that the Kübler-Ross model of the five stages of grief, postulates a series of emotions experienced by terminally ill patients prior to death, or people who have lost a loved one. These five stages are denial, anger, bargaining, depression and acceptance. Just as they are real concepts in such personal traumatic circumstances, they are also very evident in organisations that are experiencing major corporate stresses – be they a restructure, a heinous fraud or another major event.

A risk and audit professional is well advised to consider the five stages of grief when they seek to impose a stronger or different control environment on the organisation.

Try imposing your will at the moment of immobilisation immediately after you hear of the traumatic news and you will spend an inordinate amount of time seeking to do what – had you waited – could have been done in a much shorter time when the person has accepted the situation. Respecting the organisational grief cycle is not as easy as it suggests as you do have that always present managerial imperative to move things forward. Proceed with caution.

7. The best board members are those that listen

The best board members are not those who need to tell you that they are important or who overly intervene in the management of the organisation’s affairs. They are the ones who listen. A board member who listens isn’t a board member who is silent. They just know when to speak and when to be quiet.

They synthesise information; they seek out alternative views; they are not immediately judgmental; they bring to the boardroom table their experiences from other organisations without seeking to suggest that those experiences are somehow better than those that are before them presently.

8. There is a silver bullet – it is called education

Some time since that day when my father drove me to my first day of work, workplace education morphed from training to learning and development to engagement.

Call it what you want. If you want to truly have a high-performing organisation that is cognisant and understanding of how best the organisation should be managed, then invest in education. Taking the time to properly educate your workforce is an investment that will have an incredibly long tail. Not only do the immediate recipients understand that they are being looked out for, but, more importantly, the organisation is setting up an environment of continuous improvement.

When the sun sets on our career it is too late to divine the lessons that the journey has gifted us. My strong encouragement to all who are reading this is to take the time to codify the great teaching moments. You may be the only student to study those lessons but the value will be immeasurable.

If the first half of the career is any indication, then retirement day in the late 2030s will come around quicker than one can even begin to imagine. It will be for others to judge whether I have added value in a manner that is befitting of the opportunities that I have been presented with. Until then, may I be blessed with good health, strong curiosity, a sound mind and a business world that values not only what my governance, risk and audit skills can bring to it, but also the way that I have gone about it.

Ethics: Leading from the top