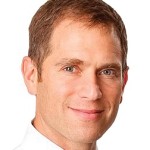 Together, these two ‘wheels of the cart’, as dubbed by Japan’s powerful Ministry of Economy, Trade and Industry, establish the framework to drive this revolution forward. They will, in combination with the strong shareholder rights provided by Japan’s Companies Act, ‘function as ‘invisible hands’ influencing a company’s directors, management and engaged shareholders.

And they will be most the powerful and effective when they work together.

On the ‘corporate’ side of the equation, internal and external directors are now offered training at the Board Director Training Institute (BDTI) and other groups, which offer teaching courses on being a director – including financial literacy, governance theory, legal responsibilities and the best practices set forth in the Corporate Governance Code. Based on the Corporate Governance Code, directorship training covers topics that include:

In intensive courses and seminars teaching both basic knowledge and leading-edge governance practices, BDTI and others are spreading the knowhow that Japanese boards and their directors will need in the new environment. The velocity of change at Japanese corporate boards is increasing (albeit from a slow start). The other wheel of the cart is the shareholder, of course.

Contrary to popular wisdom when it comes to shareholders, those interested in fulfilling their duties as signatories to the Stewardship Code to help improve their portfolio companies for their best long-term interest are blessed with some of the best tools in the world: the strong shareholder rights set forth in the Companies Act.

Based on my own informal survey of Japanese institutional shareholders, many fund managers have no idea of the breadth of tools available to them to improve corporate governance at their portfolio companies.

Under shareholders statutory rights, investors in Japan are blessed with the ability to essentially request as much information as is reasonably necessary from their companies. Usually this information can be sought from the company’s investor relations team and senior executives but, if necessary, investors can also use the courts to enforce their rights. An investor holding just three per cent of a company’s shares can apply to inspect or make copies of the company’s books, records and documents, as well as appoint an inspector to investigate the affairs of the company and the state of its assets.

A shareholder holding just a single share can make copies of the register of shareholders, articles of incorporation or minutes of shareholder meetings and board meetings; demand the company purchase shares of the shareholder at the time of a merger (appraisal rights); exercise tag along rights (the rights to demand repurchase of one’s shares in the event the companies decides to purchase shares from another shareholder); and pursue derivative suits or double derivative suits (suits requiring holding companies to seek accountability by directors at major subsidiaries).

Furthermore, an investor which has held either 300 units or one per cent for at least six months as a shareholder of record can put forward at the annual shareholder meeting (AGM) an unlimited number of proxies, as long as they are for a decision at that meeting. The potential ‘reach’ of proxies is a matter which is broadly defined. For example, such proxies can even be used in support of a specific proposal that relates to a corporation’s ordinary business decision-making as long as it is relevant to a general proposal, including a proposal to grant shareholders authority over the issue.

Historically, these strong shareholder rights have been used mainly by shareholders without a financial agenda but rather a very specific EGS (environmental, governance and social) agenda, usually one related to nuclear power, anti-capitalism or similar issues. Most of these demands have been quickly dismissed as such by investors, including the infamous tongue-in-cheek Nomura ‘Yasai’ proposal to change the name Nomura Holdings to Yasai Holdings (‘Yasai’ is a vegetable in Japanese and the Chinese character used in for ‘Ya’ is the same as the ‘No’ in ‘Nomura’). It did not come to fruition.

In the extreme case, extraordinary shareholder meetings (EGMs) can be called at any time by a six-month, three per cent shareholder. At AGMs (and EGMs if proposed), directors can be voted out if they do not receive a majority of votes cast. Such a vote occurs at most companies every year anyway, since most director terms are now only one year in length (as opposed to the US, the maximum possible term in Japan is two years). Thus, termination or low voting support ratios will be akin to a vote of ‘no confidence’ in the board itself.

It is anticipated that at some companies this will be the impact of a new policy from Institutional Shareholder Services (ISS) to recommend a vote against the senior director if the ROE of the company has averaged under five per cent for the preceding five years. A little known fact is that Satoru Iwata, the CEO of Nintendo, only received 78 per cent of the vote last year. This year, if there wasn’t a substantial change in strategy, which there now has been with Nintendo’s change in the company’s mobile gaming strategy, his tenure was at risk.

I believe that we will now see these rights utilised more frequently and constructively by financially motivated investors, which comprise the vast majority of registered shareholders at almost all Japanese public companies. As of March 2015, 184 institutional investors including the Japan Government Pension Investment Fund (GPIF), the Japan Pension Fund Association (PFA), all the major life insurance and investment managers (including my firm) have signed the Stewardship Code, which reinforces the dual concepts of (a) shareholding as primarily a financial investment to ‘enhance the medium and long-term investment return for their clients’ (beneficiaries) and (b) a duty of engagement, including voting as one of the most important methods for enhancing the value of investments, Japan’s sleeping giant, its shareholder base, is waking up from its long slumber.

For this reason, I believe that the invigoration of both investors and companies as a result of the Stewardship Code and the Corporate Governance Code will make the Japanese market one of the best places in the world to be a long-term equity investor.

But don’t just take my word for it. The Stewardship Code and the Corporate Governance Code were adopted as national policy by the cabinet in June 2013 as part of its Japan Revitalization Strategy, which carried the subheading ‘Japan is Back’. The Stewardship Code itself proclaims that “[by] fulfilling their stewardship responsibilities investors will be able to contribute to the growth of the economy as a whole”. I couldn’t agree more.

This means that for international investors, Japan is, indeed, back.

Seth Fischer is the founder and Chief Investment Officer of Oasis, a private investment management firm established in 2002 and headquartered in Hong Kong since 2004. Oasis manages private funds that invest in a combination of investment strategies that focus on global capital markets arbitrage, trading and investing, taking an opportunistic approach in multiple strategies and asset classes across the global capital markets with a focus on Asia. Oasis was formed by Mr. Fischer following a successful seven-year career at Highbridge Capital Management, where he managed the firm’s Asian investment portfolio. Prior to joining Highbridge in January 1995, Mr. Fischer served in the Israel Defense Forces. Mr. Fischer graduated from Yeshiva University, New York, in 1993 with a Bachelor of Arts in Political Science.