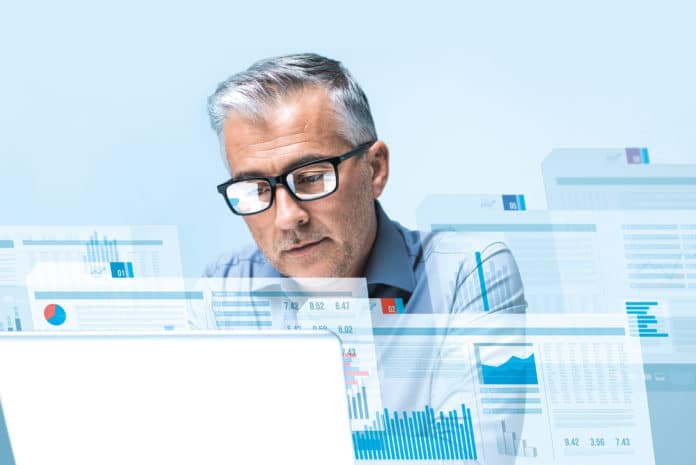 As the equity markets have recovered and continued to grow since the financial crisis, many private companies are considering an initial public offering (IPO) of their stock as a way to raise capital and create liquidity for their existing investors and employees.

Many companies have been taken private by private equity investors over the past decade and now are looking to an IPO as a source of liquidity. In 2017, 374 companies globally completed an IPO – up from 268 global IPOs in 2016.[1]

A public company’s approach to executive compensation differs from that of a private company in several key respects. As a public company, equity is readily available as an incentive vehicle to directly link the compensation of executives to the creation
of shareholder value. Publicly traded equity also gives executives real-time feedback from investors on their performance and the value of the company. Executive pay programmes of a public company are subject to scrutiny of public shareholders, which may have different expectations and, time dimensions than private shareholders and therefore, public company equity programmes generally have certain design features.

In preparing for an IPO, there are a number of tactical issues, such as drafting plan documents, preparing required disclosures and ensuring plan designs are compliant with applicable securities and tax rules. But there are six critical compensation issues a board must consider in preparation for an IPO on a US-based exchange. These include:

No element of executive pay has a greater impact on motivating desired behaviours than long-term incentives. Often the most significant change in compensation for a newly public company is the way equity is used as an incentive. At many IPO companies, equity-based incentives were awarded in the years prior to an IPO. However, these pre-IPO awards are generally made as a single award intended to cover the entire period prior to IPO (with no liquidity). Beginning with the IPO, the newly public company will implement an annual long-term incentive (LTI) award cycle in which equity-based incentives become an ongoing part of each executive’s annual compensation mix. In establishing an LTI programme, post-IPO boards must determine the appropriate design of any future awards and they must approve an initial reservation of shares available for future grants.

Generally, LTI design at a public company is very different than at a private company, given the availability of publicly traded equity as an incentive and retention vehicle. 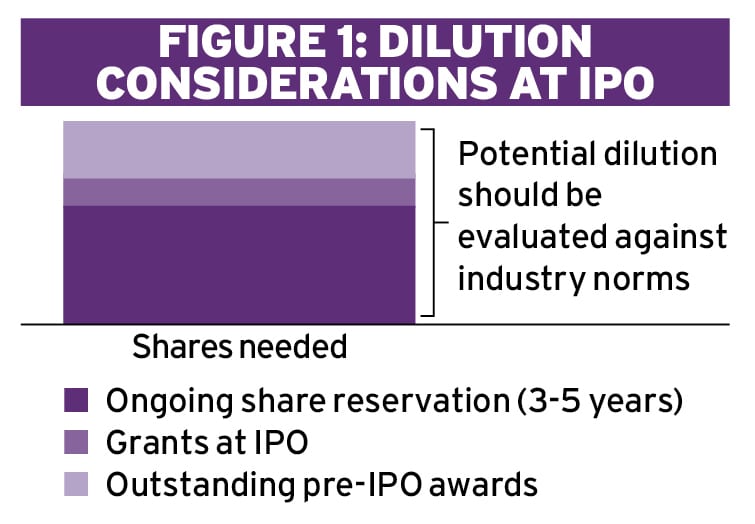 Companies typically seek to reserve sufficient shares to provide for equity awards for a three- to five-year period post-IPO. Given that most US-based companies award approximately one to two per cent of equity annually in LTI awards, a three- to five-year reservation is often six to 10 per cent of total common shares, with a median of approximately eight per cent. If a large award is made at the IPO, this range could be higher. A board should consider the potential shareholder dilution of any reservation in relation to outstanding equity incentives at the time of the IPO, and the project dilution levels in the future when the company will eventually need to seek shareholder approval for an additional reservation of shares.

A key question often considered by boards at the time of an IPO is whether a one-time grant of equity incentives should be awarded at the time of the IPO. In cases where significant equity was not granted in the years prior to the IPO, or if most of the outstanding awards will be fully vested at the time of IPO, a special equity award or ‘founders grant’ is often granted to executives at or near IPO. However, to the extent that a meaningful value of equity awards remains unvested following the IPO, the company may simply transition into its first regular annual LTI award at the time of the IPO, or in the year following the IPO, if a grant was made prior to the IPO.

A founders grant provides a boost in equity holdings of senior executives to levels typical of a public company. The grant also provides critical retention incentive during a potential time of uncertainty when investors will want assurances that leadership remains in place. A special grant also leverages the link between shareholder returns and executive pay at an important time.

We have been closely tracking IPO-related equity grants at US companies for the past 20 years. Our findings have been that 40 to 50 per cent of IPO companies provide some form of special equity incentive grant to executives near the time of the IPO. For IPOs that occur due to a larger parent company divesting of a business unit (spin-off), the prevalence of special IPO-awards increases to 70 to 80 per cent of IPO companies. The special grants are often one to two times the value of a typical ongoing annual LTI award that would be made to an executive.

Although less common than a founders grant, some companies will provide special targeted retention incentives or transaction incentives to key employees of the company. These may be employees who are asked to perform additional duties for a period of time related to the IPO or individuals of particular retention risk. While far less common, some IPO companies will provide a one-time grant of equity to all employees as part of the transaction. These broad-based grants are generally provided as a fixed number of restricted shares and serves to provide an ownership connection to a broader employee population.

Retaining and motivating a talented executive team is a critical element of any successful IPO. Potential shareholders will evaluate the compensation arrangements of the leadership team to gauge the retention effectiveness and link between performance of the company and rewards to executives. A key to retaining and motivating these executives is ensuring their overall pay arrangements are competitive in comparison to other public company arrangements. This is particularly true in many IPO situations in which incentive arrangements that motivated the team prior to the IPO will often become vested or pay out shortly after the IPO.

An important first step in reviewing the competitiveness of pay is the development of an appropriate peer group for pay comparison purposes. This group of companies should represent the company’s competitors for executive talent. The peer companies should be of similar size and industry to the IPO company, typically no larger than three times the revenue size and no smaller than a third of the revenue size. In some instances, obtaining a robust set of peers with industry similarity can be challenging, and in those instances, we recommend a broadening of industry filters to ensure a sampling of at least 15 to 20 peers can be obtained. Any peer companies used in evaluating pay completeness must be disclosed in the public proxy filings of the company following the IPO. This group will get some scrutiny by proxy advisory firms, so the board should take time to properly vet any companies included in the peer group. Once this group is established, the salary, annual incentive and long-term incentive levels, and incentive design practices of the peer companies are analysed to determine competitive targeting of compensation for the company post-IPO.

Often, when companies make a decision to IPO, they have also considered other transaction alternatives prior to the IPO, such as the possibility of a sale or merger. Once the IPO is complete, and particularly if the executive team creates shareholder value in the two to three years following the IPO, the company may be an acquisition target. As an independent and publicly traded organisation, the company may face a greater prospect of a change-in-control. Therefore, many companies that have undergone a recent IPO review their change-in-control severance programmes to ensure appropriate protection for executives to remain engaged and motivated through a potential transaction, thereby ensuring that shareholder value creation is kept paramount.

While most private companies have a board of directors, an IPO often requires the addition of new ‘independent’ directors and the development of competitive board pay arrangements. A typical director pay arrangement in the US will include a cash board retainer, cash committee retainers for committee chairs and an annual equity grant. Separate meeting fees paid on a per meeting basis have significantly declined in prevalence in recent years. Equity is typically delivered in restricted shares with a one-year vesting period, or fully vested at grant. Depending upon industry, the total director pay package often ranges from approximately $100,000 to $300,000 in value.

The development of this package generally must be completed prior to the IPO, since directors need to be recruited and in place prior to going public. Given the heightened scrutiny on director pay in recent years, it is advisable to establish a clear target pay objective for directors, such as 50th percentile positioning. Most IPO company boards will also gather benchmarking information on director pay practices among their peer companies to provide an objective external benchmark on which to base any pay decisions.

In the US, a registration statement or S1 is prepared and filed with the Securities & Exchange Commission (SEC) in an IPO transaction. The statement provides information required by the SEC related to the company and its business. The S-1 contains much of the same information that might typically be  disclosed in the 10-K form required in the US by the Securities and Exchange Commission (SEC), and in a proxy statement, but with additional information on the future prospects of the company that would be pertinent to new shareholders. Information on current executive compensation practices and intended executive compensation actions are also disclosed in the S-1 filing for the SEC. After a preliminary filing, the S-1 will typically have a number of amendments prior to its final filing in the form of a prospectus. Any material executive compensation plans, such as the LTI plan, must be filed in the final S-1. Following the IPO, the company will file a proxy in connection with its annual shareholder meeting that will provide significant detail on its executive compensation practices, particularly as they pertain to the top five officers.

An IPO is a unique milestone in the life cycle of a company and an event that many board members and executives may only experience once in their careers. The IPO is much more than simply an offering of shares on a public exchange – it fundamentally changes the governance expectations of the board and changes the role that compensation plays within the company. Addressing key compensation and governance issues early in the IPO process will ensure a positive transaction and ensure compensation becomes a tool for achieving strategic business objectives. 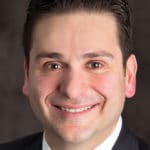 has over 16 years of experience in executive compensation consulting. He provides guidance to Compensation Committees, Boards of Directors, and management teams regarding executive and outside director compensation program design.

Jim has worked with organizations with revenues from $100 million – $100+ billion. His specific industry experience includes retail, chemicals, technology, manufacturing, hospitality/gaming, and financial services. His primary role with clients is to lead engagements with the Compensation Committee or Senior Management in addressing the organization’s most critical compensation design issues. 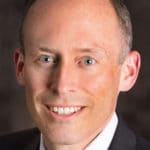