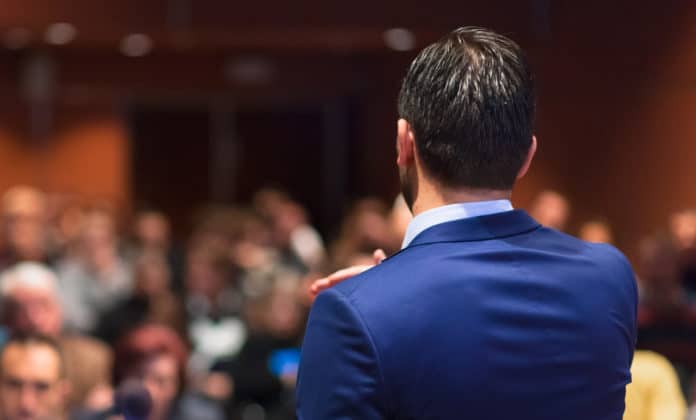 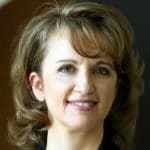 Transparency is vital in all industries if you want to call executives and boards to account and is often the only thing that works if you want to keep regulation to a minimum. However, to ensure a level playing field, I believe the regulator needs to do more and insist on NED board roles being advertised on a comply or explain basis.

I am delighted that the regulator of the fund management industry, the Financial Conduct Authority (FCA), has had enough and has turned the spotlight firmly on the fund management community in a bid to protect the investor. It has done this because it is widely accepted that it is almost impossible for investors to work out the charges for managing their money, let alone compare and contrast what they are paying relative to what they might pay should they switch to an alternative fund.

So, having read last year’s Asset Management Market Study Fund Report, published by the FCA in June 2017, it is clear that the regulator feels that the lack of transparency has resulted in limited price competition, to the detriment of investors.

According to the FCA, the UK’s asset management industry is the second largest in the world, managing around £6.9trillion of assets, one trillion of which is managed directly on behalf of individual investors (UK retail). In the UK there are currently hundreds of unlisted asset managers, who largely have no independent directors and as a consequence very little governance oversight.

Therefore, the FCA is intending to implement new regulations that will force the industry to appoint a minimum of two independent directors to their board. The FCA has stated quite clearly that it thinks ‘the benefits of independent scrutiny should be enjoyed by all, irrespective of the size of the business of the authorised fund manager’. At Women on Boards UK we agree wholeheartedly that the industry is ripe for change, as investors deserve not only more transparency about fees but also in investor communications. The FCA’s new ‘package of remedies’ aims to bring together a consistent and coherent framework for all in the industry to follow as regards:

The latter will require fund managers and their independent directors to assess annually whether the charges taken from a fund are justified in the context of the overall value provided by the fund.

I believe independent directors, whose sole job is to act in the best interests of stakeholders (which includes investors), are vital if the UK wants to remain one of the largest asset management centres globally. Independent non-executive director (NEDs)will help the industry fulfil the objectives of ‘explaining’ its decisions and ensure it is acting in the best interests of the investor, the client. Currently, too many fund managers face almost no scrutiny, with the exception of the investment trust industry, and thus the culture of much of the industry is not benefitting from that all-important ‘why’ question from independent NEDs.

Agreed, it will be costlier for the fund management industry to appoint independent NEDs onto its boards, but I believe the benefits will outweigh the costs, regardless of the size of the fund managing institution, because of the beneficial challenges that independent directors bring.

The new regulations are part of a two-and-a-half-year review by the FCA that should have a profound impact on the health of the industry, because investors’ individual asset choices do have huge consequences for families and society at large. This industry is responsible for the savings of millions of people and to date has had very little scrutiny, which is why I applaud the FCA for its review and upcoming new regulations.

But the question now is how are those 400-plus new NEDs going to be recruited? It would be commendable if these positions were transparently advertised and not recruited via the current practice of tapping people already known to management or the head-hunter, where used.

There is so much talent out there, with investment knowledge, that could easily be tapped should the FCA take the further step of insisting that NED roles are advertised transparently. While in some circumstances advertising FTSE 350 NED roles might be price sensitive, this is unlikely to be the case for the fund management industry, because this is almost purely about independent oversight of the investment products that firms sell.

As the FCA itself said in its report: “We think the benefits of independent scrutiny should be enjoyed by all investors, irrespective of the size of the business of the AFM (authorised fund manager) running the fund they have invested in, and irrespective of how long the AFM has been operating.”

My organisation exists to provide information, encouragement and connections to help anyone take on a board or committee role as a NED, trustee or governor. We are breaking down the barriers to entry to the boardroom and building the pipeline of board-ready individuals. We work on both the supply side and the demand side, with board candidates and with those recruiting non-executive directors.

WOB is building the pool of board members by providing information, encouragement and connections to ensure more women and minorities are appointed to boards across all sectors. We do this by helping individuals understand their transferable skills, providing relevant governance information and NED CV support while at the same time talking them through the board interview process.

However, helping NEDs or aspiring NEDs can only take you so far when board positions are not advertised transparently. At Women on Boards we do this via our vacancy board, a free service to any organisation, seeking a board member. As an organisation we work tirelessly to encourage headhunters to ‘turn off the spotlight and turn on the floodlights’ when recruiting board members, but sadly most lack any incentive to widen the pool of candidates; hence our desire for regulatory support.

We have been enormously successful supporting members to apply for roles but less so in getting organisations to advertise them. The WOB vacancy board is designed to link the supply and demand for non-executives and we have helped more than 1,500 candidates find a new role in the last six years. But we could do with some help from the FCA and other regulators.

We actively search for board positions in newspapers, on the web and via our network and we have listed around 15,000 roles since the service launched in the UK in October 2012. However, exciting as this sounds, we have only scratched the surface as today 95 per cent of board positions are still not advertised transparently. Why? Simple – out of fear that someone who is not known to the incumbent board members might apply!

So what stops companies from embracing diversity at the top?

Many business leaders have embraced change, and many women have entered the boardroom, particularly as non-executive directors. But there is a long way to go in order to break the trend of white, male executives. Particularly in the fund management industry, which has fewer women fund managers today than it did (as a percentage of the total) when I joined the city in 1986. Even top women and minorities with successful executive careers behind them come across significant barriers when looking to get into the boardroom. So, what are some of the issues that our members have come across?

One woman that we have helped recently is Paola Bergamashi-Broyd who last year joined the boards of BNY Mellon International and Wells Fargo International. These two companies were brave enough to advertise on our free non-executive director vacancy board.

Paola had been a senior banking executive in the UK for 25 years, but the first NED role she got was back in Italy, her country of origin. Interestingly, this was at the suggestion of a headhunter who advised her that her international experience in London would be of particular interest to Italian organisations and that she would probably get her first NED role more quickly if she started there, which is what she did.

“Too many fund managers face almost no scrutiny, with the exception of the investment trust industry, and thus the culture of much of the industry is not benefitting from that all-important ‘why’ question from independent NEDs”

However, she realised pretty quickly that networking was going to be really important in terms of building a UK NED portfolio, so she threw herself into relevant networking events and joined WOB for support and to view current NED vacancies, especially looking out for financial services opportunities which is where she saw her NED career specifically. Then she saw the BNY Mellon and Wells Fargo roles advertised transparently on our vacancy board, applied and eventually was offered both on the same day.

What disappointed Paola was the slowness of the headhunter channel and them being unprepared to take any risks in terms of putting ‘new entries’ on a shortlist. Paola’s view is that they ‘fish in the same pond of existing connections’. Paola knew she needed a networking strategy that would activate and open up opportunities beyond the headhunting channel which is where we came in, because we gave Paola an immediate wider range of networking opportunities and connections, invaluable for anyone looking to build a strong post-exec career, non-exec portfolio as well as starting out looking for a first NED position.

However, more needs to be done, hence our request for the regulator to step up further and insist that fund management independent NED positions are transparently advertised. This could be done by creating an open appointment vacancy board like the public appointments website, which is used by the government for departmental and other public sector boards. It is not simply enough to say you need two independent NEDs, in our opinion.

As Paola says, you need to be ‘in the flow’ of information ‘and keeping an eye on the market’ if you want NED positions. Most brilliant minority candidates are not in the flow sadly, so it is up to the regulator to open the ‘gates of information’.

Jayne Styles, I am sure, would agree with Paola about the importance of transparent information. Jayne is CEO at MS Amlin Investment Management and a non-executive director at Hargreaves Lansdown.

We interviewed her a while back and Jayne pointed out that even if women are ambitious and prepared to put themselves forward, they are often in the pipeline of ‘support’ roles, which, senior as these  roles may be, are less likely to be promoted to executive board positions when competing with more obviously profit-generating functions.

So, I and WOB, have a clear request for all regulators – not just the financial services sector. Please step up and help support the diversification of boards by insisting that NED and trustee/governor positions in your regulated sector are advertised. Because despite much positive activity on diversity and inclusion, roles are still not advertised widely enough. Headhunters continue to fish in the same small pond of executives, searching for obvious, low-risk candidates that are easy to sell to boards.

Fiona Hathorn is Managing Director of Women on Boards UK and a Patron of the Charity Fight for Sight. She is a former investment director for Old Mutual Asset Management and Hill Samuel Asset Management, running the Global Equities and Emerging Markets Desks respectively. In the past Fiona has advised the board of Thai Euro Fund and been the Director responsible for Pension Fund asset allocation for Old Mutual Asset Management’s Employee Pension Fund. Alongside running Women on Boards UK Fiona advises the stockbroker Peel Hunt and is a Judge for the Non Executive Director Awards, sponsored by The Sunday Times. 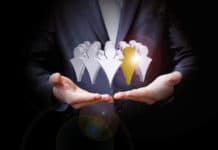 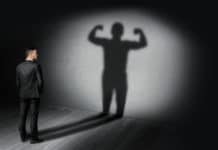 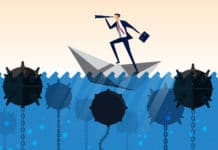