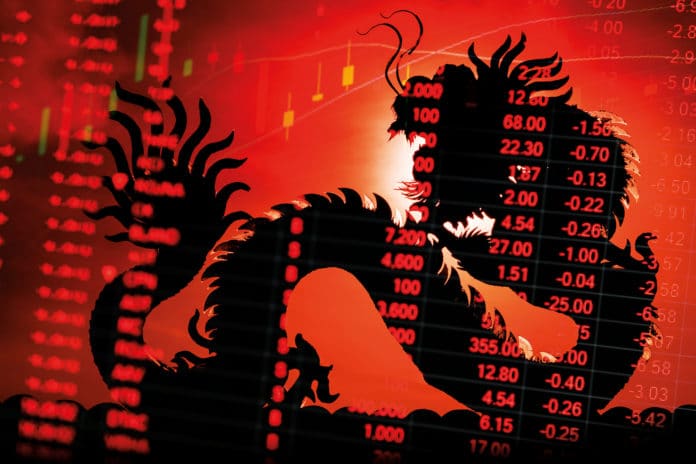 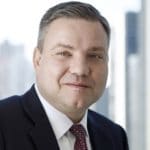 While Chinese regulators have made it clearer than ever that anti-money laundering (AML) is a major priority for the People’s Bank of China (PBOC), recent enforcement actions in the US and European Union against Chinese banks point to a different picture regarding AML compliance in these institutions.

Apparent weaknesses within China’s financial supervisory system have been highlighted in recent years through several money-laundering investigations across the world involving Chinese banks. China has responded to increased criticism by making ongoing improvements to its AML regulatory framework, but it appears to be more concerned with controlling the outflow of money from the Chinese financial system. Meanwhile, the broader issue of money laundering through Chinese financial institutions remains an international concern.

To assess global industry trends, AlixPartners conducted its 2017 Global Anti-Money Laundering And Sanctions Compliance Survey of 361 financial institutions to gauge how institutions are addressing the challenge.[1] Based on the survey results, we have identified key trends and challenges that all financial institutions globally should address in 2018 and beyond. These are most certainly relevant to Chinese banks as well.

The penalties for not complying with ever-evolving AML regulations are steep and have the full attention of most bank boards of directors and senior management, many of whom are already besieged by an assortment of competing challenges. Although we may assume boards stay engaged in issues like AML, 20 per cent of all survey respondents said they do not provide AML training to their board or are unaware whether the board is being briefed on AML-related matters. Looking at Chinese respondents only, this percentage is significantly higher, pointing to a potentially systemic weakness in AML-related governance at Chinese banks.[2]

Boards and senior management should set the tone for their organisations by creating a culture of compliance. Boards of directors have a duty to ensure that their financial institution reaches not only its financial goals but also achieves its regulatory, compliance and corporate governance goals. For a board to be effective in AML-related matters, at a minimum it should:

While there has been increased awareness among senior management at Chinese banks, many are still playing catch-up in having their board of directors fully involved in AML-related issues.

If compliance officers are bootstrapped and cannot obtain adequate support and resources, then it’s likely that the financial institution’s leadership has not seriously engaged in and prioritised AML compliance – or that leadership and the board of directors have not been fully briefed about the necessity to invest in AML compliance.

“If compliance officers are bootstrapped and cannot obtain adequate support and resources, then it’s likely that the financial institution’s leadership has not seriously engaged in and prioritised AML compliance”

According to our survey results, 32 per cent of all respondents consider their AML compliance budget inadequate or severely inadequate. For Chinese respondents, this figure is 47 per cent, indicating that while AML compliance matters might be ‘on the radar’ of senior management that isn’t sufficient and additional investment is still necessary. Although there has been significant press coverage about increases in headcount in AML compliance functions at Chinese banks domestically and abroad, the robustness of a bank’s AML compliance structure is not only a matter of resources and headcount. It is also a matter of the quality and effectiveness of the controls being implemented, adequate systems supporting the internal controls and a full understanding of the AML risks posed by products, customers and counterparties.

De-risking and the exiting of certain correspondent relationships has been a growing phenomenon in the US and Europe. Due to the increased risk of regulatory enforcement, US and European banks exited correspondent banking relationships, opening the door for banks in other jurisdictions, particularly in China, to fill the gap, even outside of traditional trade routes or geographic associations.

The increasing cost of more stringent AML rules and regulations in the US and Europe, coupled with enforcement action has driven large US and European banks to de-risk by eliminating many correspondent banking relationship. This has opened the door for banks in other jurisdictions, particularly in China, to fill the gap, even outside of traditional trade routes or geographic associations.

The AlixPartners’ global survey confirms that trend. While 63 per cent of respondents globally stated that they experienced de-risking in one form or another, the percentage of respondents from Asia in general and China in particular, is below five per cent. This low percentage created nested relationships that often led to increased risks of money-laundering and sanctions breaches or have been abused for money laundering and bypassing various sanctions regimes.

Boards of directors and senior management need to pay close attention to these types of high-risk relationships. They must determine whether the current risk management practices are adequate to comply not only with local AML rules and regulations, but with global standards as well. In addition, given this trend, US and European financial institutions will most likely put greater scrutiny on Chinese financial institutions to avoid processing transactions on behalf of financial institutions with whom they have cut ties in the past and now have resurfaced at a new home at a Chinese bank.

“Without significant board involvement, Chinese banks will continue to face exposure to investigations and potential regulatory action in the US and globally”

No board of directors, whether in China or another jurisdiction, wants to be known for prioritising profits over compliance with AML rules and regulations. The resulting reputational damage and potential enforcement actions would certainly have an impact on the growth that mainland Chinese banks have experienced over the last decade through their global expansion.

It’s important that Chinese banks focus on AML compliance holistically across their organisations and that they have active involvement from the head office’s board of directors. Also, it is critical that Chinese banks adopt AML policies and procedures that follow the letter and the spirit of the law, regulatory expectations across the various jurisdictions they operate in and leading industry practices. This effort should be spearheaded by the board of directors. Without significant board involvement, Chinese banks will continue to face exposure to investigations and potential regulatory action in the US and elsewhere.

Though this is a challenge for most financial institutions that operate globally, it seems to be a particularly significant challenge for Chinese financial institutions as they mature and expand. Once the board has provided an overall compliance strategy, it is senior management’s responsibility to implement a global standard across all jurisdictions. This strategy must meet strict legal requirements as well as regulatory expectations and leading industry practices in the different jurisdictions. To operate in a global environment, Chinese banks should consider revisiting and potentially enhancing the following:

Another challenge, often closely cited with AML compliance, is compliance of Chinese banks with sanction regimes, mainly the US Office of Foreign Assets Control (OFAC) sanctions. For example, the US  Financial Crimes Enforcement Network (FinCEN) found Bank of Dandong to be of ‘primary money laundering concern’ for serving as a gateway for North Korea to access the US and international financial systems, despite US and UN sanctions.[3] FinCEN’s Notice of Proposed Rulemaking (NPRM) in relation to the Bank of Dandong, highlights the facilitation of millions of dollars of transactions for companies involved in North Korea’s weapons of mass destruction (WMD) and ballistic missile programmes. Bank of Dandong also facilitates financial activity for North Korean entities designated by the United States and listed by the UN for proliferation of WMDs, as well as serving as front companies acting on their behalf.

Similarly, the Bank of Dandong was referenced in a civil forfeiture action filed by the US Department of Justice (DOJ) in September 2016 in the District of New Jersey, which sought the forfeiture of funds held at the Bank of Dandong and other Chinese banks. Emphasising certain connections between China and North Korea, the funds at issue allegedly represented the proceeds of a conspiracy to evade US economic sanctions using a Dandong, China-based trading company and several front companies, facilitate monetary transactions in US dollars through the US on behalf of sanctioned entities in North Korea and then launder those proceeds, including in and through US financial institutions. The DOJ recently took the unusual step of obtaining so-called anticipatory ‘damming’ seizure warrants to try to obtain substantial funds held in US bank accounts belonging to five Chinese companies that allegedly were used to hide transactions with North Korea using US currency in violation of US sanctions and money laundering laws.

Both AML and sanctions compliance will continue to pose a significant challenge for Chinese banks as well as all banks operating internationally. However, given the investigations and enforcement actions that have occurred over the past years, it would appear that Chinese banks are still playing catch-up and need to increase their focus on AML and sanctions compliance as they expand their global footprint.

Specifically, it will be necessary to ensure boards of directors are involved holistically across all jurisdictions to prevent further regulatory enforcement actions and to bring meaningful change to AML and sanctions compliance efforts. While legal and cultural differences exist between Chinese and US/European systems, a globally operating bank needs to adapt to global standards and local legal and regulatory requirements.

Mr. Stumbauer has a wealth of experience leading complex, high-profile cross-border projects, aiding clients and regulatory bodies in over 40 countries. He has led major engagements involving AML/OFAC compliance and remediations, transactional due diligence and compliance training to both financial institutions and regulators throughout the world. Stumbauer has also provided expert guidance to leading financial institutions and their boards of directors on compliance with AML, OFAC regulations, and the Foreign Corrupt Practices Act.

2. Includes respondents both from mainland China and Hong Kong 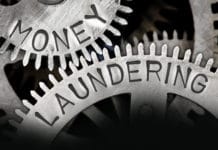 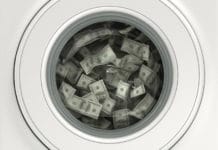 A wake-up call not only for Big Oil

The secret life of shell companies