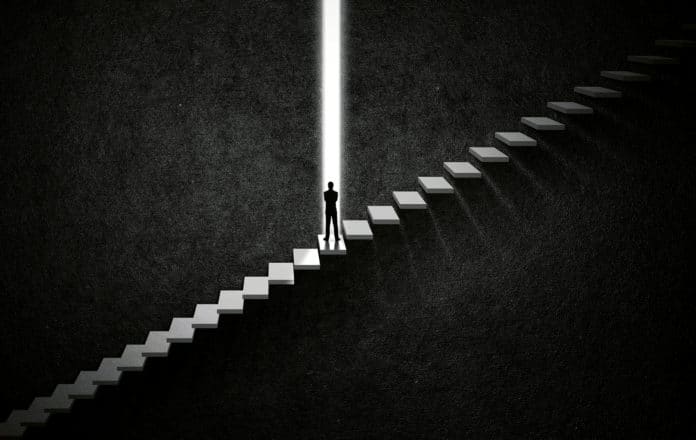 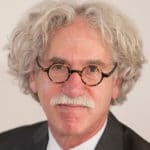 It wasn’t long ago that Lord Boothby could describe a corporate director’s job this way: “No effort of any kind is called for. You go to a meeting once a month in a car supplied by the company. You look both grave and sage and, on two occasions, say ‘I agree’, say ‘I don’t think so’ once and, if all goes well”, you get a hefty annual fee.

Those days are mostly gone – though not entirely. Board meetings at Nissan Motor under (now-ousted) chief Carlos Ghosn met for an average of 19 minutes, according to a special committee investigation, just about enough time for directors to slip in their ‘I agree’ on each agenda item before adjourning. But at most companies, thanks chiefly to years of shareholder pressure, crony is out, professional is in.

We would expect such new-style boards to advance performance, oversight, risk management, ethical behaviour and alignment with investor interests. After all, those are the outcomes for which advocates of change were fighting for so long. But there turns out to be one inconvenient hitch, which is becoming ever more evident: the independent board model isn’t truly workable, at least not without a crucial reboot.

Here’s the problem – the one many of those most deeply involved in the system, directors themselves, admit to privately but rarely concede publicly: as much as they try, there isn’t enough help for boards to handle their responsibilities effectively.

Directors are part-time, often with other demanding jobs, and meet somewhere between eight and 12 times a year as board members of a specific company. These directors are charged with representing shareholder interests in testing, approving and monitoring corporate strategy; hiring, paying, supervising and – if necessary – firing top management; and ensuring that a vast array of risks and opportunities are optimally managed. Set aside for now that sclerosis in board composition – the ‘pale, male and stale’ syndrome – is likely to contribute to directors missing capacity to handle decisions. Progress on diversity is under way, albeit too slowly.

But progress is stalled across markets on efforts to correct another fundamental flaw in governance architecture: directors must handle their duties at the short end of a massive information imbalance. Management has a virtual continuous monopoly on data and insights on how the company performs. Even where directors call in outside advisors, for instance for transaction, remuneration, or director selection advice or the audit, agents’ ulterior loyalty may be to executives rather than to shareholders. By definition, board directors and company executives do not always share the same perspectives or interests. So policing conflicts requires robust director vigilance. Generally, a one-sided disparity gives management a routine advantage in influencing what independent directors discuss and decide.

Cementing the information imbalance is the fact that the typical company board has no everyday dedicated staff. Instead, directors rely on an executive – usually a company secretary or general counsel – who is accountable to and works for management. These officers are often the silent heroes of corporate life, as they attend to multiple, sometimes conflicting, constituencies and do so with high ethics and professionalism. But make no mistake: they are not employed by and for the board. Indeed, outside observers would find it hard to fathom how companies go to such lengths to recruit great independent directors – only to make them largely dependent for help on the team they are supposed to oversee.

To be sure, a handful of firms have introduced variations on independent board staff. AIG, after the financial crisis, separated its secretaries, naming one for the board and another for the corporation. BP, in the wake of the Deepwater Horizon oil spill in the Gulf of Mexico, expanded the board’s own secretariat to oversee central BP as well as subsidiaries. Most recently, Nissan, in efforts to recover from the Ghosn affair, declared that it would establish a dedicated office of the board.[1] But beyond these, few companies have equipped their directors with permanent, exclusive staff. Moreover, most corporate governance codes around the world still only advocate that directors tap independent advice in special circumstances rather than as a permanent feature.

Of course, one cohort of directors does have regular access to rich back-office analysis that is separate from management: board members nominated by activist hedge funds. Activists may – and often do – share what they know with other directors. But where they serve, there is a double information gap: management and activist-named directors can draw on deep wells of information while garden-variety non-executives are left dependent on either camp. The result is a troubling irony: without dedicated help, independent boards are outgunned by activists, some of whom are short term, and by executive teams that directors are elected by shareholders to oversee.

Making matters worse, the lack of dedicated staff has proven no impediment to the ever-rising tide of guidance calling on corporate directors to do more, smarter. A recent report from FCLT Global is as good an example as any. The Long-term Habits of a Highly Effective Board rightly recommends that corporate directors spend more time on strategy and communicate more. But it omits mention of independent staff to help make that happen. Directors are trapped in a vice of mounting expectations and scant resources.

So, it is right to ask: in our current governance architecture, can outside directors meaningfully oversee and counsel executives in alignment with shareholder interests? Indeed, would you hire someone under these conditions and expect an optimal outcome? If the answer is no, then perhaps the time has come for directors, shareholders, and others to acknowledge that an empowered board means an information-equipped board. Without that feature, at many companies, directors will continue to push uphill in shepherding long-term performance as well as ethical and responsible corporate behaviour.

There are worthy arguments against independent board staffing, of course. It could be costly and therefore an option only for large companies; it could stoke friction with counterparts in the management team; it could wind up still being reliant on management. But think of a spectrum of options rather than a one-size-fits-all template to address the challenge. For instance, a board could go all in by assembling an independent secretariat group, such as at BP. Or it could have outside advisors, such as financial experts, lawyers, or compensation analysts on retainer at the call of the board chair or lead director. Solutions should be right-sized for each company.

Shareholders can play a role, first, by routinely probing in their engagements with companies how the board furnishes itself with ongoing information muscle. Investor stewardship professionals can then assess responses and, where answers are unpersuasive or unambitious, champion more effective board-empowerment options. Policymakers, for their part, can beef up corporate governance codes with a comply-or-explain principle calling on boards to regularly disclose how they satisfy the need for ongoing, independent information. Codes can also include new-crafted guidance on the different models by which independent board staffing might be achieved, depending on the company’s size, ownership and risk profile.

Market participants can be proud of having assembled the pieces of a well-functioning system of checks and balances in boardrooms. Independent information is what is now evidently missing, and it is a piece with the prospect of unlocking board potential. Giving directors the tools they need represents ‘governance 2.0’, the reboot to move boards from crony to professional to successful.

Stephen Davis, Ph.D. is a Senior Fellow of the Harvard Law School and Associate Director of its Program on Corporate Governance, and a visiting professor at IAE business school at Aix-Marseille University. He has been a nonresident senior fellow at the Brookings Institution and was executive director of Yale School of Management’s Millstein Center for Corporate Governance and Performance.

Stephen is a co-founder of the ICGN and co-author of the UN Principles for Responsible Investment (PRI) and served on the US SEC’s Investor Advisory Committee, chairing its Investors as Owners subcommittee. He is a member of the Advisory Board of Hawkamah in the UAE and a member of the Advisory Board of Arkadiko in London; he has been a trustee of ShareAction, outside advisor to the Nissan Special Committee on Improving Governance, an advisory board member of New America’s Bretton Woods II, and advisor on governance to institutions including HM Treasury, Euronext, the World Economic Forum, Alfaisal University College of Business in Riyadh, and investors and companies. For nine years he was chair and a board member of Hermes EOS.

Stephen was also co-director of the Brookings’ World Forum on Governance. Winner of the 2011 ICGN Award, Davis is co-author of What They Do With Your Money(Yale University Press, 2016) and The New Capitalists (Harvard Business School Press, 2006). His Shareholder Rights Abroad (1989) pioneered study of comparative corporate governance. Davis has a Ph.D. from the Fletcher School of Law and Diplomacy, Tufts University, and undergraduate degrees from Tufts and the General Course at the London School of Economics.

1.The author was one of two outside advisors to the Nissan Special Committee for Improving Governance. 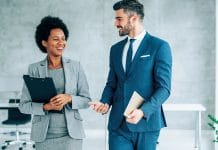 Effective board contributions in social enterprises