The issue of diversity, especially gender diversity, on corporate boards of directors has generated significant discussion and debate for some time. Relatively recently, stock and securities exchanges have become involved in the discussion – joining legislatures, governmental agencies, interest groups and other actors in the private sector.

As a supplement to its Breaking the Glass Ceiling: Women in the Boardroom report, Paul Hastings LLP conducted a survey of major global exchanges and found that few exchanges address diversity-related issues in listing requirements or recommended corporate governance codes.

Where exchanges have adopted requirements related to diversity, we did not find that exchanges mandated or even recommended specific quotas for the number of women directors or senior managers. Rather, the requirements that have been adopted by major exchanges include direct references to gender or diversity as possible selection criteria for board members and, more generally, require companies to disclose in annual reports whether they maintain a diversity policy and, in some cases, the gender composition of their boards.

As the first country to give women the right to vote in national elections, it is perhaps unsurprising that exchanges in New Zealand have adopted listing requirements that include diversity-related provisions. The NZX Limited adopted listing rules for the NZSX and NZDX exchanges which require listed companies to provide a breakdown in their annual reports of the gender composition of their boards of directors and to self-evaluate their performance with respect to their own diversity policies.

Similarly, the Australian Securities Exchange Corporate Governance Council revised its Corporate Governance Principles and Recommendations to prominently discuss diversity. In particular, recommendation 1.5 encourages listed entities to have a diversity policy, disclose such policies or a summary of the policies, and disclose measurable objectives set by the entity to achieve gender diversity at the end of each reporting period.

In addition, the Bursa Malaysia’s listing requirements state that a listed issuer must include information in its annual report regarding the issuer’s policy on board composition, ‘having regard to the mix of skills, independence and diversity (including gender diversity) required to meet the needs of the listed issuer’.

Europe consistently serves as a leader in public and private initiatives to increase diversity on corporate boards of directors. Few European stock or securities exchanges, however, include diversity-related provisions in listing requirements or recommended corporate governance codes.

The European Commission has not directed stock exchanges to include provisions related to gender diversity of corporate boards of directors in listing requirements or corporate governance codes. The European Commission, however, has proposed two significant pieces of legislation to increase gender diversity on corporate boards of directors in EU Member States, which would require large companies to disclose certain non-financial and diversity-related information in annual reports and to increase women’s presence on the boards of certain listed companies to 40 per cent by the year 2020.

In the United Kingdom, the London Stock Exchange does not directly include diversity-related provisions in its listing requirements. The exchange, however, incentivises companies to comply with diversity-related requirements of the Financial Reporting Council – a regulatory entity tasked with auditing financial reporting and corporate governance standards for UK corporations. The Financial Reporting Council amended its recommended corporate governance code to adopt a voluntary requirement that corporations disclose nomination committee practices and descriptions of board policies on diversity, including gender diversity.

Exchanges in Canada and the United States do not include any diversity-related provisions in their listing requirements. In Canada, however, the Toronto Stock Exchange recently commented in favour of amendments to the Ontario Securities Commission’s Corporate Governance Disclosure requirements. The amendments, which were adopted in October 2014, impose new disclosure requirements for Canadian issuers relating to gender diversity on boards of directors and in executive officer positions as well as board renewal mechanisms, such as director term limits. More specifically, the amendments require listed companies to disclose their policies on the representation of women on their boards or to explain why they do not have such a policy. Issuers will also have to disclose whether or not they have adopted term limits or other mechanisms for board renewal and, if so, such mechanisms must be described. The new disclosure rules will be effective as of 31 December 2014, which is in time for the 2015 proxy season for Canadian issuers with calendar-year ends.

Major exchanges in the United States, such as the NYSE and NASDAQ, have taken little action to address the lack of diversity on boards of listed companies. None of the US stock exchanges require or encourage the disclosure of diversity policies in nominating board members as a requirement of listing on an exchange. In addition, neither the NYSE nor the NASDAQ has proposed any corporate governance diversity rules. The NYSE listing rules, for example, require every company to have a director nominating committee and each such nominating committee must have a charter that identifies nominee qualification criteria; the rules further elaborate on director qualification standards but make no mention of diversity.

Although major US exchanges have not taken action to address diversity on the boards of listed companies, other regulators such as the Securities and Exchange Commission (SEC) have adopted requirements to enhance information disclosed to shareholders. In 2009, the SEC approved disclosure requirements, which went into effect in 2010, that require management of publicly held companies to disclose in their annual proxy and information statements their companies’ consideration of diversity.

The SEC rule does not require a commitment to diversity from public companies. Rather, the SEC rule requires that companies disclose whether or not they have a diversity policy with regard to the selection of individuals for their boards. For the most part, companies have stated that they do take diversity into consideration when filling board seats. There are, of course, notable exceptions. Berkshire Hathaway has indicated in multiple recent proxy statements that it does not have a policy regarding diversity in identifying nominees for director, and it affirmatively stated that its nominating committee does not seek diversity. Instead, the “Governance, Compensation, and Nominating Committee looks for individuals who have very high integrity, business savvy, an owner-oriented attitude and a deep genuine interest in the Company”.

Although few stock or securities exchanges have adopted diversity-related listing or corporate governance requirements, hopefully the ideas and strategies summarised in this article will advance the discussion on how to promote gender diversity on corporate boards of directors. Efforts made by stock or securities exchanges to promote diversity and gender parity in listed corporations may further incentivise companies to examine their own diversity policies and initiatives. In addition, with greater attention being paid to the issue, hopefully shareholder attention and demand for more concrete action will also increase 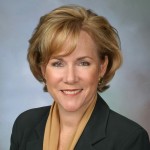 Tara K. Giunta is a partner in the Litigation practice of Paul Hastings in Washington, D.C. She has extensive experience in various industries, particularly sensitive sectors such as technology, telecommunications, health care and defense. 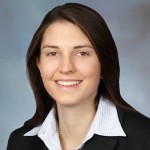 Michelle Cline is an associate in the Finance and Restructuring practice of Paul Hastings in Washington, D.C. Her practice involves representing debtors, creditors, and lenders in all aspects of bankruptcy and financial restructuring.

Leveraging the value of female directors