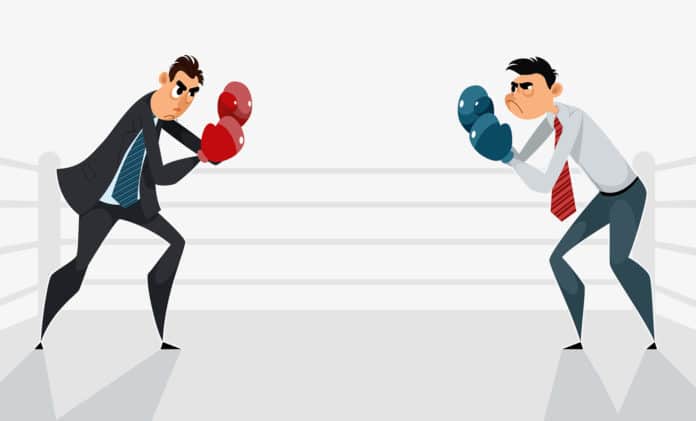 Concerns about whether a board is being effective have only grown for institutional and activist investors alike in recent years – raising questions around board tenure, term limits and how performance is being measured. ‘How long have these people been on the board?’ ‘How well are they doing their job?’ ‘How do you know how well they’re doing their job?’ ‘Shouldn’t we shake things up?’ – all these kinds of questions are forcing boards to think about how they rate themselves as stewards.

On the other side of the equation, most board members think they are doing a good job. When it comes to grading their own board’s effectiveness and performance, most directors use a pretty generous curve. In a study we conducted with the Rock Center for Corporate Governance at Stanford in the US,  nearly 90 per cent of directors said that their board had the skills and experience necessary to oversee the company. Directors, on average, rate their boards as a four on a scale of one to five in terms of effectiveness and nearly three-quarters (73 per cent) say that the individual directors on their board are extremely or very effective.

Belying this perceived satisfaction about their governance capability, however, are some evident cracks. Only about half of the directors we surveyed (52 per cent) believe that their board is very effective in dealing with directors who are underperforming or exhibiting poor behaviour. And only slightly more (57 per cent) believe that their board is effective in bringing in new talent to refresh the board’s capabilities before they become outdated. The fact that nearly half (46 per cent) of directors think that a subset of the board has an outsized influence means that more of the influence is being wielded by some than others. While stronger directors may typically have greater influence, less qualified but more vocal directors can exert influence in their own way, with their more passive (and sometimes more competent) peers capitulating.

The underperforming director — a ‘third rail’ for boards

In fact, perhaps the most significant finding in our study was that most directors would like to remove at least one fellow director from their board: when asked how many fellow directors they would want removed because they are ineffective, 28 per cent said one director, 18 per cent said two directors and eight per cent said three or more directors. Why? The reason can be any number of issues: from the professional (experience that has become less relevant to the company’s business over time) to the behavioural (either an overly aggressive attitude or, conversely, a lack of active participation in board discussions).

The issue of what to do about a problem director – if the person is even recognised as such – can cause a sticky situation in the boardroom. While there are certainly some directors who are so valuable that people want them around for a long time, problems may arise when those who bring less to the table are reluctant to step down as their effectiveness and relevance wanes. With the average tenure of public company directors at 9.1 years for large-cap companies and 8.4 years for small-cap (according to Equilar’s 2016 Board Composition And Director Recruiting Trends report), most board members have longstanding relationships with their peers. Confronting someone you’ve sat across from for nearly a decade is certainly not something directors want to do.

Director underperformance is a problem in its own right. What magnifies the problem is a board’s failure to regularly evaluate the performance of its individual directors. Absent a true evaluation, underperforming directors are kept in place well past their ‘sell by’ date – the point at which they are actually being useful. Having these directors around draws down the effectiveness of the board. If allowed to fester, these directors can become toxic, causing outright dysfunction. And when investors sense some blood in the water around particular negative boardroom dynamics, boards can get quickly put on the defence.

To short-circuit this path to dysfunction, it is critical for the chairman or lead director to adopt a diagnostic approach and take the results seriously. The best boards are already adopting rigorous annual performance reviews and moving past mere compliance-driven, check-the-box evaluations. To address these and other board performance issues, a robust evaluation should enable a company to assess – and rectify – the behaviour and practices of the full board and individual directors.

Most boards ask their CEOs to conduct annual assessments of their team and it makes sense for the board to do the same for themselves, not just around governance issues but also around skills, relevance of experiences and contribution. The best directors want feedback and want to grow and increase their effectiveness. Like some employees, some directors may be of greater service at another company. It is not helping the company or the director to keep them around if they are not a valuable contributor.

In our work with numerous boards around the globe, we have found certain common traits of successful board evaluations. By successful, we mean that these evaluations not only followed the letter of the process (by documenting that the assessment was conducted), but also the spirit of the exercise by addressing the question: what are these directors doing right and what could we be doing better? The diagnostic should indicate how the board can improve on its governance of the company.

Based on board evaluation processes that have worked, here is what has proven to be successful:

Investment from board leaders in the process: Rather than a purely legal review, a board should conduct its evaluation with a focus on leadership development and board governance. It’s important for the board leadership to truly lead this process, signalling a high-level commitment by having the chair, lead director or chair of the nominating/governance committee spearhead the evaluation and endorse the remedies.

Assessing both individual and team performance: The board should be asking tough questions that go beyond governance processes and delve into individual director effectiveness, qualifications, contribution and the group’s effectiveness as a whole. Questions should include: How could the board as a whole be more effective? Are all members contributing at the same level? How could the board’s interface with management be improved? Does the board understand the market and customer segments? Does the board have a solid sense of its role, such that they probe management at the right level, but don’t micro-manage?

Taking into account the future needs of the company: The company should determine if the board’s composition is aligned with what the business needs one, five and 10 years down the line. One approach would be to develop a matrix of the experience, skills and industry or market perspective needed for the company to successfully execute its go-forward strategy and then compare that to the competencies of the current board members.

Consistent standards applied to all directors: Attempting to remedy ineffective behaviour of an individual director (perhaps one who monopolises boardroom discussions or one who never sufficiently contributes) is a highly sensitive undertaking. Boards can make this process less contentious by soliciting individual feedback for each director so no single director appears ‘singled out’ for criticism.

Documentation of evaluation and next steps: A summary of the evaluation should be prepared, including the process itself and general observations. Given the sensitivity and liabilities that directors face, the summary should not contain any conclusions or assertions of incompetence, wrongdoing or failures to perform. Each director’s specific feedback should be structured the same way – with individual calls to action that will collectively raise the performance of the overall board.

Education and structural support for directors: Periodic sessions should be held to expand the entire board’s understanding of industry, marketplace, macroeconomic, or overall leadership issues. Objectively setting policies, such as rotating committee membership and establishing a process for removing ineffective board members, can create a better framework for improving director performance.

By applying the same rigour to assessing their own performance as they do to management’s performance, boards can lay a more solid grounding for their own effectiveness and demonstrate to investors and regulators that they are careful stewards of the company. These self-assessment exercises serve as evidence of the board’s commitment to process, engagement and excellence. Further, these assessments are symptomatic of care and diligence, which may pre-empt many challenges down the road. With investors feeling more and more empowered to call for board changes, boards can use evaluations in self-defence, but also in a very positive way to systematise their own misgivings and provide a forum for making the changes they feel must be made. 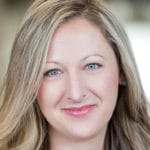 Taylor Griffin is the Chief Operating Officer of The Miles Group. Her client work focuses on CEO and senior team succession planning, CEO and senior executive coaching, executive assessments (including pre-hire or pre-invest assessments), board evaluations and optimization, and top team effectiveness services. 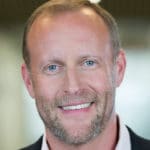 William (“Billy”) Stern is a managing director at The Miles Group. Prior to joining The Miles Group, Mr. Stern was the Chief Legal Officer at Ancestry.com (“ACOM”). At Acom, Billy was responsible for ACOM’s initial public offering, secondary public offerings, domestic and international acquisitions, SEC and regulatory compliance and other corporate matters. 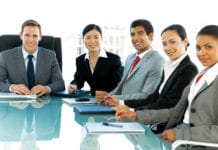 The case for sustainable board evaluation 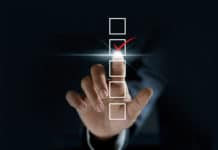 Powerful board insights: Ticking all the right boxes? 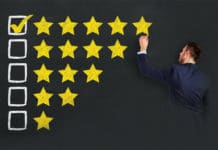 From the outside in

From the outside in

The case for sustainable board evaluation