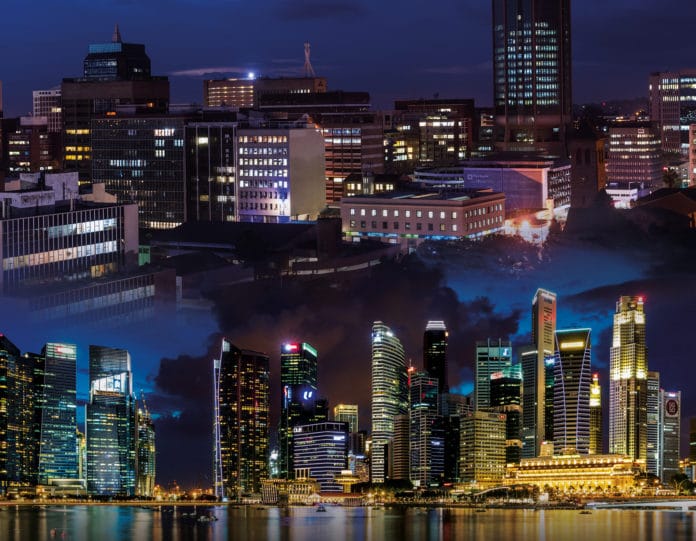 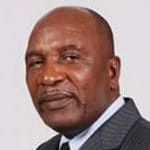 By Edward Siwela – Executive Director of the Institute of Directors Zimbabwe

Corporate governance, as we know it today, has come a long way. According to international governance consultant Professor Bob Garrett, it dates back more than 3,500 years and has been evolving ever since from the Greek word ‘kubernetes’ – meaning a person charged with steering or directing a ship. Garrett observes that it is from this notion that directors are appointed to give direction to companies.

Over the years, corporate governance has been brought to the fore by corporate scandals. Yet studies have shown that good corporate governance leads to effective performance of companies and organisations at large. According to business speaker Carl Bates, governance is a game changer – ‘when governance is effective it brings a host of advantages’. Bates argues that among these advantages are the protection and upholding of the best interests of an entity, guaranteeing a return on investment, ensuring accountability of those in leadership positions, in particular boards of directors, incentivising investment and ensuring access to corporate finance.

As the old adage goes, ‘practice without theory is blind, while theory without practice is of no use’, so it is important to identify success stories that provide lessons to others. In this article, Singapore has been identified as a success story in the integration of the theory and practice of corporate governance. As a result, effort is made to identify comparisons and contrasts with Zimbabwe with a view to drawing lessons.

The case of Singapore

In Singapore, as in many countries across the world, the development of corporate governance has largely been a response to crises, characterised by corporate scandals. Joyce Koh and Annabelle Yip, writing in the Singapore Institute of Directors’ Boardroom Matters, Volume II (2016) note that ‘crises have, unfortunately, been a feature of the financial landscape both globally and locally’.

They cite corporate scandals occurring between 2004 to 2006, which included one of the largest scandals in Singapore’s history involving China Aviation Oil (Singapore) Corporation. Beyond 2006, they bring to the fore corporate scandals involving ‘several S-Chips, such as China Hongxing Sports, Hongwei Technologies and China Milk Products (which) suffered from poor corporate governance, questionable accounting practices and fraud’.

Koh and Yip note with benefit of hindsight that ‘there have been two key drivers of Singapore’s corporate governance development: vision and crises’. Singapore’s vision was to be ‘a financial hub in Asia’. In pursuit of this vision, Singapore developed its Code of Corporate Governance in 2001 – 36 years after gaining its independence in 1965. They note also that ‘another significant development’ was the formation of the Singapore (Stock) Exchange in 1999 (after demutualisation).

They note further that earlier in 1998 ‘the Singapore Institute of Directors (SID) was formed to promote high standards of corporate governance and the professional and ethical conduct of directors’. Among the many initiatives that SID deploys towards the promotion of good corporate governance, is the hosting of its Singapore Corporate Awards, including the Best Managed Board Award.

To aid the evolution of corporate governance in Singapore, the Companies Act had ‘…several rounds of significant amendments, the most recent being in 2014’. The Code of Corporate Governance was also revised in 2005 and 2012.

Notably, Koh and Yip, observe that ‘indeed, the state of corporate governance in Singapore has evolved in tandem with its development as a country from third world to the developed nation status’.

Zimbabwe gained its independence in 1980 and 35 years into its independence had its first comprehensive National Code on Corporate Governance of Zimbabwe (NCCG) launched on 9 April 2015. A striking similarity with Singapore.

It should, however, be noted that with the help of the Commonwealth, Zimbabwe first developed the Principles of Corporate Governance in 1999. This was its first code of corporate governance, although it lacked comprehensiveness and buy-in from companies and other organisations. It would take 16 years to launch the second code, a vastly improved and comprehensive one. The interest in ensuring that it does not meet the same fate as the first one is thus understandable.

In the preface to the National Code on Corporate Governance of Zimbabwe, Canaan F Dube – the chairman of the Project Board which provided leadership to the development of the code – observes that ‘in 2003 and 2004 Zimbabwe’s banking sector was rocked by institutional failures arising from insider loans and involvement in non-banking business using depositors’ funds’. He cites this (corporate failures as a result of poor corporate governance) as part of the background that led to the development of the code.

The ease of doing business in Zimbabwe

As part of its ‘ease of doing business’, Zimbabwe is amending a number of pieces of legislation, notable among them, the Companies Act, Public Finance Management Act, the Banking Amendment Act and the soon-to-be-introduced Public Entities Act. All these pieces of legislation seek to strengthen corporate governance in Zimbabwe.

“There are a number of striking similarities between the two countries as far as the evolution of corporate governance is concerned. There are differences, too, which is where lessons need to be drawn for a positive development on the part of Zimbabwe”

While SID came into being in 1998, by comparison, the Institute of Directors Zimbabwe (IoDZ) was formed in 1958, first as a branch of the Institute of Directors in the UK. IoDZ has been hosting the Director of the Year Awards since 2005, as a way of promoting good corporate governance in both the private and public sectors. IoDZ, together with the Zimbabwe Leadership Forum and Standards Association of Zimbabwe, were the promoters in the development of the National Code on Corporate Governance of Zimbabwe.

It has been actively involved in the training and development of directors from all sectors of the Zimbabwean economy and runs a wide array of other initiatives aimed at promoting good corporate governance.

Koh and Yip observe that ‘the Asian Corporate Governance Association and CLSA placed Singapore and Hong Kong in the top spot in their 2013 and 2014 corporate governance rankings based on broad–ranging criteria, such as corporate governance rules and practices, enforcement, political and regulatory environment, accounting and auditing’.

Interestingly, they note that Singapore was ranked top in the Asia Pacific and ASEAN regions and third worldwide, after the US and UK, by a 2014 joint KPMG and ACCA study of corporate governance requirements across 25 markets. Yet even with these accolades, Singapore still has some way to go. Koh and Yip note that studies have shown that ‘disclosures about remuneration, risk governance, board diversity and sustainability were still lacking comprehensiveness’.

It is essential to have these in place, but more critical that they are applied with the avid dedication and commitment of a monk. Herein lies Zimbabwe’s weakness.

Two years into the launch of the Code, corporate Zimbabwe, public sector and NGOs are yet to demonstrate the much-needed uptake. Zimbabwe can learn from Singapore that actions speak louder than words. The following clear lessons can be taken from the success story of Singapore:

Through steadfast development and implementation of sound corporate governance, Singapore has developed from a developing country to a developed, first world one. Zimbabwe is not shy of modern corporate legislation and codes of corporate governance best practice, but what it urgently needs is a change of mindset and the need for action, action, action, as it gears itself to implement these tools of economic, social and environmental progress.

Edward Siwela is currently the Executive Director of the Institute of Directors Zimbabwe and holds an MBA in Strategic Management from the University of Zimbabwe and BSc Honours degree in Politics and Administration. He is an experienced and seasoned administrator and management trainer, having held positions in Personnel and Training, Research and Development, Finance and Operations. He consults in strategic management and planning and is a Global Corporate Governance Forum certified trainer in corporate governance and director development. Edward has been a board member of a number of organisations and has written published articles and presented papers locally and internationally.

Nigerian directors and board effectiveness