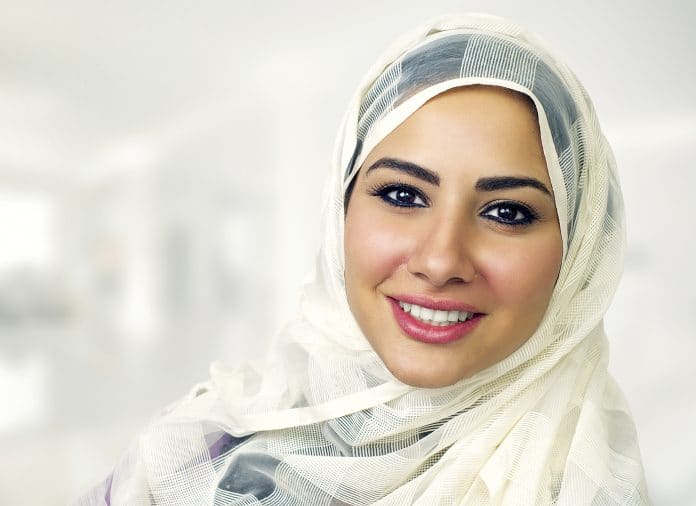 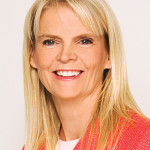 By Imelda Dunlop Executive Director of the Pearl Initiative

Women’s empowerment in the workplace and the building of high-performing diversified teams are drivers of positive change and matters of corporate governance.  The resultant more balanced environment paves the way for a future in which corporate leadership roles will be filled by an equitable balance of men and women leading to healthier and more competitive organisations and consequently to a better economy and growth in regional GDP.

According to the breakthrough report Women’s Careers in the GCC: The CEO Agenda conducted by the Pearl Initiative, the leading independent private sector-led, not-for-profit organisation working across the Gulf region to influence and improve corporate accountability and transparency, women in the GCC are ambitious and want to lead in their organisations. More than 50 per cent of those surveyed aiming at senior or board level position within the next seven years.

The report is the culmination of 10 months of research and makes recommendations to CEOs in the Gulf region on achieving better gender diversity at senior and board levels. The research entailed an extensive survey of more than 600 women in managerial and senior leadership roles across the Gulf region, as well as interviews and focus groups.

The work has focussed on women currently in middle and senior management positions, as they represent the talent pipeline that should be feeding through to form a greater pool of board-ready women in coming years. The research programme benefited from the support of the United Nations Global Compact, Sharjah Business Women Council, PWC, GE, Tamer Group and Al Waleed Bin Talal Philanthropies.

Significant progress has been made in the Gulf region in recent years in terms of the number of women participating in tertiary education and in the workforce but the number of women in senior management and board roles is still very low. In the Gulf region, female enrolment in tertiary education is on average 68 per cent (76 per cent in the UAE) but female workforce participation ranges from 20 per cent in Saudi Arabia to 35 per cent in Kuwait and Qatar (34 per cent in the UAE). This gap is even more marked at the most senior levels, with less than two per cent of listed board positions in the Gulf region held by women (chart, bottom left).

Research around the world demonstrates that there is a strong business case for more diversity at senior levels in organisations, in terms of improved business practices and performance. For example, McKinsey research in 2013 showed a 47 per cent increase in return on equity and a 55 per cent increase in EBIT for global companies with the highest number of women on their boards versus those with none¹.

Cause of female talent gap in the GCC

The first thing to highlight is that it is not lack of ambition that is causing the female talent gap through to the most senior levels. Women in the Gulf region are ambitious and more than half of the Pearl Initiative survey respondents are aiming at senior or board level positions within the next seven years. Women recognise the positive impact that education and their family’s commitment to education has had on their careers. Having said that, the report shows that only 45 per cent of career women find it feasible to achieve a positive work/life balance and combine a high-power career with a family. It is true that it is very difficult to ‘do it all’.

Families are extremely important in the Gulf region and even though three-quarters of respondents feel that their families are supportive of their career, they are still hampered by traditional role models and there is little evidence to suggest that social attitudes are changing. Women are still expected to handle the bulk of family and domestic duties and careers in ‘caring’ professions, such as education and healthcare, are still seen as somehow more suitable for women. The research also highlights that there are issues of negative gender bias in the workplace generally in the Gulf region.

As a result, many women opt out of the workforce in the middle of their careers by taking career breaks, starting their own businesses or becoming self-employed, where they can have more control about how and when they work. But many – too many – opt out by leaving the workforce entirely, also referred to as the phenomenon of the ‘leaking pipeline’.

Strengthening the pipeline of talent

Women in the Gulf region have the drive and talent they need to succeed at the highest level and they are willing to work hard to get there. In fact, women represent an enormous untapped resource for organisations in the Gulf region. Nevertheless, companies have to address the significant barriers that are hindering the full utilisation of this pool of talent.

Companies need to support and nurture their high-potential women and create a more equal and positive working culture. This, in turn, will open up a significant new source of skills, energy and commitment for the future, which will help build success, profitability and competitive advantage at the company and the country level. Based on the findings of the research, the Pearl Initiative Report sets out five recommendations for CEOs set out in the graphic below. 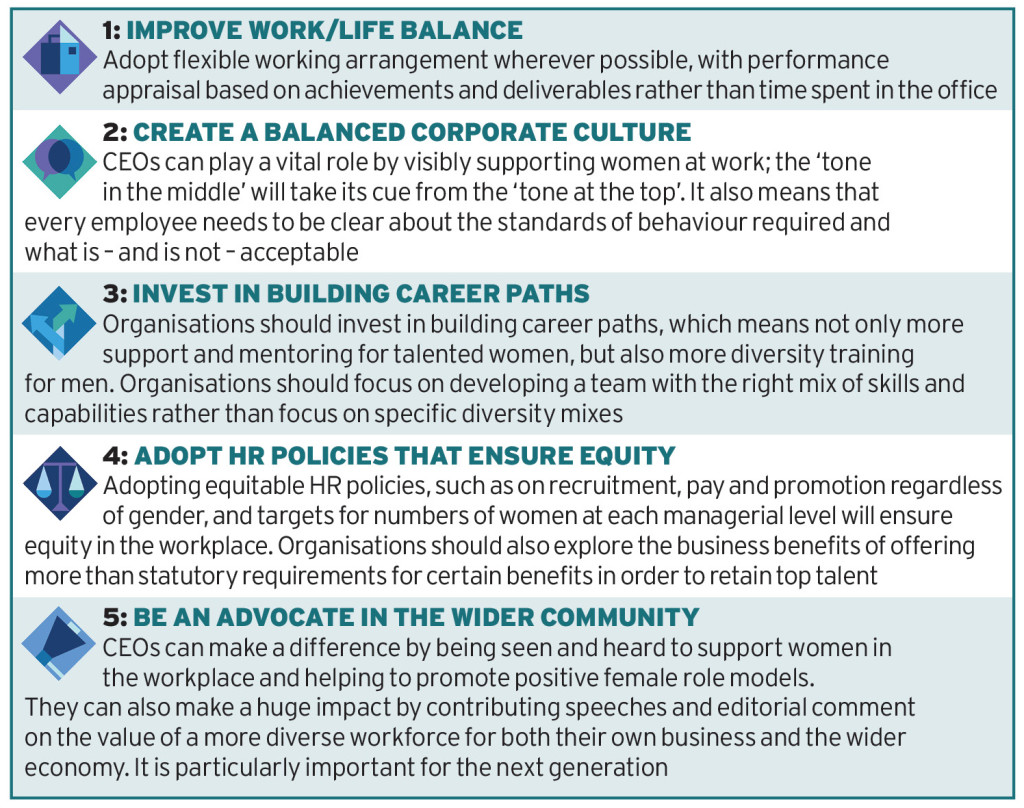 The full report is available for free download in English and in Arabic on Pearl Initiative’s website.

Imelda Dunlop is the Executive Director of the Pearl Initiative. Based in Dubai since 2002, Imelda has created and managed a number of entrepreneurial ventures. She has also worked as a consultant, project manager and trainer specializing in regional strategy and corporate responsibility. In addition, she has represented the Prince of Wales International Business Leaders Forum (IBLF) and led their programs in the Middle East. She researched and authored the IBLF regional publication ‘Business and Youth in the Arab World’ – a sourcebook of good practices for business engagement in youth employment, skills development and entrepreneurship. Imelda is a former Director of the World Economic Forum in Geneva, Switzerland, where she worked with business executives to progress issues of social importance and business relevance with government, civil society and academia. During this time she designed, launched and directed successful partnership programs and built networks in areas of health, trade, consumer issues and corporate responsibility.

Imelda spent a significant portion of her career at Monitor Company, a leading global corporate strategy consulting firm, advising clients mainly in UK, Germany, France and South Africa. She also worked early on in her career at Unilever as an engineer and project manager. During that time, she managed health, safety and environmental control projects for manufacturing sites around the world, and was involved in pioneering environmental impact analysis in Europe.

Imelda’s first degree is a BSc in Chemical Engineering from Birmingham University in the UK, where she was awarded the National Engineering Scholarship. She has a Masters in Business Administration (MBA) from INSEAD in France, which was awarded with distinction.