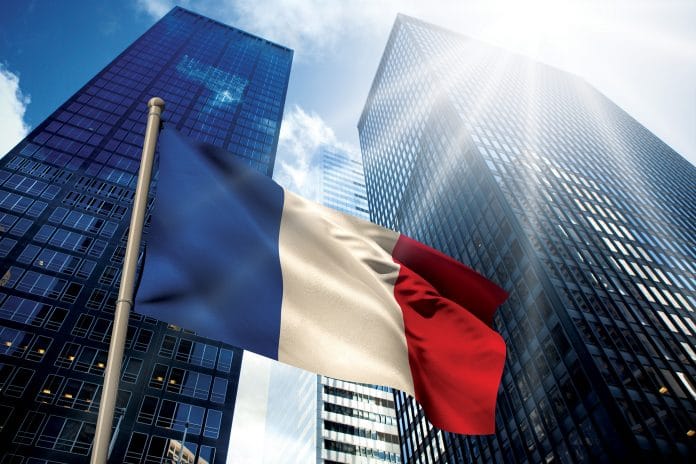 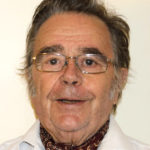 By Guy Le Péchon, CEO Partner at Gouvernance and Structures

Observations from a seven-year study of more than 900 women on boards of 403 Euronext Paris companies.

Due to the general French approach to the role of the board, company executives (by they men or women) are rarely members of the board at the same time – unless the chair is the CEO.

Some of my recommendations which may be useful for improving board composition, appear in italics.

Number of women on boards

Women chairing boards, or being a CEO, make up less than seven per cent of boards in a study of 403 Euronext Paris companies. Women chairing supervisory boards are around 16 per cent. That’s no real improvement in six years. Other studies find similar stagnation at a low level for women on executives committees.

A long-term view and a voluntary approach within the whole company management is needed to progress.

Using the ‘joystick average’, the law is a success for quoted companies. On average, they have reached the 2014 target of 20 per cent for women on boards and are moving towards the 40 per cent figure (see graph, below). 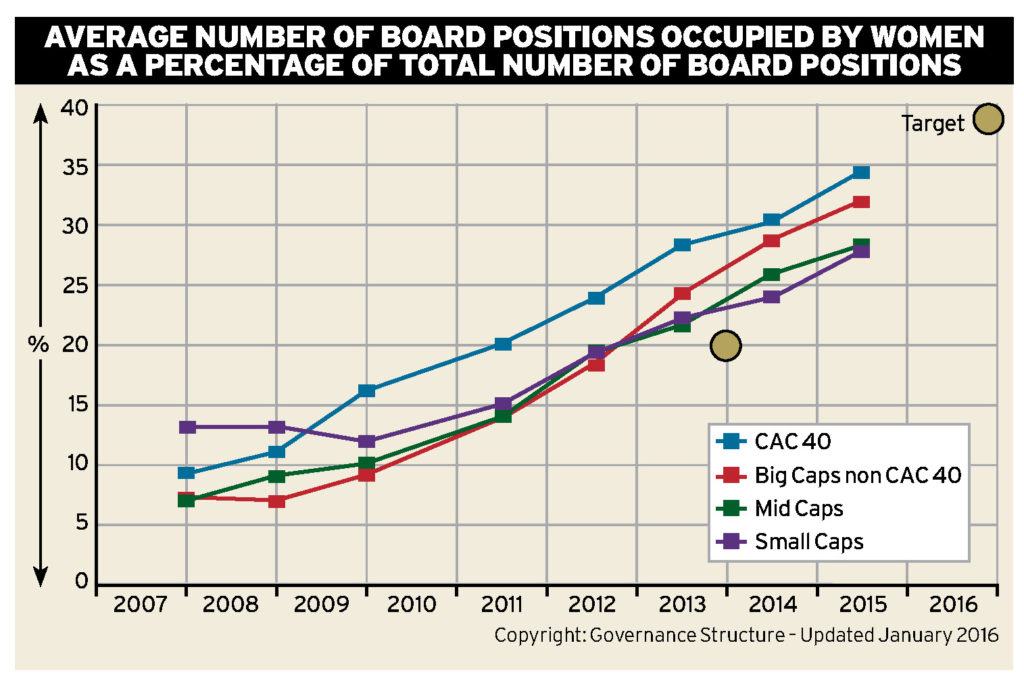 For non-quoted companies, there was no 2014 target but only a big jump to reach 40 per cent in 2017, consequently they may have been less concerned up to now. Validated historical statistics on significant samples for these non-quoted companies are still scarce.

But beware of the averages; the law applies for EACH company not to averages. The space on such an article does not permit to present curves of the distribution of the percentage among the companies.

They are available and show that many companies are still below the target. From June 2015 to June 2017, the estimated number of Euronext Paris companies’ board positions which have to be filled by women is around 500.

There is a lot of work is to be performed by the chair.

The ages of recruited women are lower than those of women already on boards, which is quite natural. The diversity of women profiles is still low and changes are incremental. A large number of women recruited to boards have been CEOs or responsible for large accounts.

The number of women with finance or high level consulting experience grew due to designation of women representing a board member company.

At a much lower level are women with legal, scientific/production/technical, commercial and communication, social environment and HR experience.

Large companies have recruited (25 per cent of them within CAC40) women who have held high level positions within public organisations (ministers, EU Bruxells, ONU). 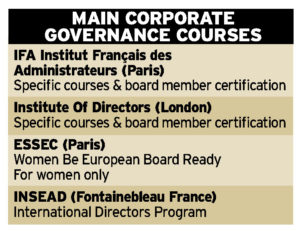 Within the large companies, around half of the women recruited are non-French with a number of them from Europe outside UK and just after the Anglo-Saxon group (North America, Canada and UK). For small company boards, although many have international activities, recruitment of non-French women is scarce.

For them, one should look at women living in France /Europe who have accumulated a strong experience of foreign countries. By the way, it should be noticed that a large number of French women are qualified for UK, US and Canadian company board positions.

There is a large increase in independent women directors. The smaller the company, the more likely there is to be a woman linked to family ownership.

To improve this type of profiles study, one should elaborate similar statistics on the men and then compare. But the quantity of data to collected and incorporate within such study is much larger.

The law should not be seen as a constraint but as a strong opportunity to push boards to think about their own composition. Today, even those who still do not like the quotas approach see the positive evolution and are now working on how to fulfil the obligations rather than discussing them. Mainly for small caps, women seem to come from the close circle of the chair and boards members.

It is highly recommended to the boards to rationally elaborate the profiles needed and enlarge their searches outside their close relationships circle. Mathematics lead me to consider that addition of women to some boards will not be enough to reach the 2017 target. Boards will have to elegantly dismiss men.

Training courses on corporate governance have been set up, some on specialist subjects others globally, with certification for both genders and one for women only (see above right).

But for very special profiles no problems have been reported in finding qualified women and integrating them on boards.

Improvement of the ‘ambiance’ and work quality of the boards with more women has also been reported.

France is moving ahead on the very large base of the boards of 500 quoted companies and starting the process on a similar number of  Sociétés Anonymes (SA) non-quoted companies.

Results are very encouraging, but at least 500 board positions still have to be filled by women before the end of 2017 to reach the quoted companies target. Efforts, especially for small companies’ boards, are still important. Quantitative, but also qualitative success will occur if, and only if, chairs move outside of their own circle of recruitment.

After his Engineering degree from Ecole Polytechnique Paris and a MS at the MIT, Guy Le Péchon was an  R & D engineer within the large international pharmaceutical and chemical French Group Rhône- Poulenc. After an MBA at INSEAD, he alternatively was   I.T. manager of large teams and CEO of affiliates,  including one in Germany within the same Group. His last position was I.T. and Telecommunications Coordination Director for the whole group.

Afterwards, within his own company, he performed I.T. consulting and progressively became a Corporate Governance expert . Today, he is one of the French Expert on Boards Composition and more specifically on women recruitment. The comments and data presented within this article come from 6 years of detailed studies and many contacts. The Gouvernance & Structures data base contains more than 900 women on boards of Euronext Paris quoted companies.