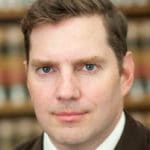 Donald Trump’s decision to pull the United States out of the Paris Agreement on climate change was unwelcome, but not unexpected, by many US business leaders.

The decision, it seems, was not the consequence of deeply held beliefs about climate science (or, rather, disbelief in climate science). To cheers from his audience in the White House Rose Garden, President Trump spoke of keeping the promises he made to the American people during his campaign by ridding citizens of a burdensome agreement “that disadvantages the United States to the exclusive benefit of other countries”. The Paris Agreement, in Trump’s words, is “less about the climate and more about other countries gaining a financial advantage over the United States”.

Most public company CEOs had a different view. Lloyd Blankfein, CEO of Goldman Sachs, tweeted that Trump’s decision was “a setback for the environment and for the US’s leadership position in the world”. Two members of Trump’s business advisory council, Bob Iger of Walt Disney and Elon Musk of Tesla and SpaceX, left the council after the decision. Many of the remaining members took an opportunity to distance themselves and their companies from Trump’s position, even though they remained engaged with the advisory council.

While public company executives in urban America operate within a global economy in which climate change and sustainability are issues of undeniable importance, small business owners in suburban and rural America operate in local economies in which the more pressing concerns lie much closer to home. The weather, rather than climate, is much more likely to be the topic of conversation. Donald Trump did not win the election by persuading the public company CEO, but by appealing to rural Americans – business owners and employees alike – who felt ignored and disrespected by the urban elite. A recent New York Times report notes that the withdrawal from the Paris accord has “opened up a fissure between smaller companies and some of the biggest names in business”. A more accurate characterisation would be that Donald Trump recognised an existing fissure between small and large businesses and their owners and managers; the Paris Agreement is a wedge that further widens the divide.

The impact of shareholder engagement on climate change

Even if small businesses may rightly complain of disproportionate impacts from environmental regulation, large businesses are no less vocal about costly regulatory measures. Why, then, were large businesses eager to publicly distance themselves from Trump’s decision to withdraw from the accord? The answer does not seem to be merely because they are better able to bear the costs of regulation, compared to small businesses; no business gladly accepts a regulatory burden (although, admittedly, some regulatory burdens may be welcome if they serve as barriers to entry for new competitors).

There is another significant difference between small businesses and most of the large companies that took public positions against the withdrawal from the Paris accord: shareholders. The small firms that cheered the withdrawal tend to be sole proprietorships, partnerships, limited liability companies and closely held corporations in which ownership is concentrated in a single person or a small group of individuals. The vocal corporate dissenters, on the other hand, tended to run very large, publicly traded firms with a broad investor base.

Perhaps even more importantly, most of the shares of these large firms tend to be owned by institutional investors, some of which control billions or even trillions of dollars in shares. And, it is these shareholders, the large (and often relatively passive) institutional investors, who are beginning to tilt the scales in favour of a concerted corporate response to climate-related risks.

The ExxonMobil vote: a tipping point?

A significant, recent example of this shift may be seen in the ExxonMobil shareholder vote. In the same week that President Trump initiated the process to withdraw the US from the Paris climate accord, the shareholders of ExxonMobil approved a shareholder resolution, calling on the company to disclose the “long-term portfolio impacts of technological advances and global climate change policies”. In particular, it wanted to know the impact on ExxonMobil’s oil and gas reserves and resources as a result of a reduction of demand consistent with the ‘globally agreed upon two degree target’ set out in the Paris accord. Although a similar proposal only received approximately 38 per cent of the vote in 2016, the shareholders approved this year’s proposal with more than 62 per cent of the vote.

What changed between 2016 and 2017? The turning point appears to be the support of several large institutional investors, including Vanguard and BlackRock. These investors are developing a clearer picture of how climate risks are likely to impact their portfolio companies. BlackRock, for example, noted in 2016 that while “some may question the science behind [climate change], all are faced with a swelling tide of regulations and technological disruption”.

The key point, then, is this: for BlackRock and other large institutional investors, climate change is not merely about the physical risks associated with rising global temperatures, such as less predictable weather and rising sea levels, but also – and perhaps even primarily – about the regulatory risks faced by companies like ExxonMobil. “The resulting regulatory risks,” the BlackRock Investment Institute explains, “are becoming the key drivers of investment returns.”

“Even with the potential US withdrawal or attempted renegotiation of the Paris accord, the regulatory environment has changed significantly for many international companies”

The law firm Simpson Thatcher & Bartlett counted 90 environmental shareholder proposals in 2016 among the broad Russell 3000 index of US-listed public companies, up from 58 in 2014 and 42 in 2012. And yet support for these proposals, while improving incrementally, remains weak. The 2014 slate of proposals garnered less than 18 per cent of the shareholder vote, the 2014 slate a little more than 20 per cent, and the 2016 slate less than 22 per cent.

ExxonMobil’s shareholder proposal may mark a turning point in shareholder proposals on environmental issues, not because shareholders have finally recognised the risks associated with climate change, but because governments are recognising these risks. And because governments have recognised these risks and have begun to implement mitigating efforts, such as the Paris accord, institutional investors have begun to adjust their votes accordingly.

Even with the potential US withdrawal or attempted renegotiation of the Paris Agreement, the regulatory environment has changed significantly for many international companies, such as ExxonMobil. If the Trump administration reduces the federal government’s commitment to environmental regulation, international and even US state regulations will continue to affect markets in which these companies operate. California, for instance, recently passed the Clean Energy and Pollution Reduction Act. The act dramatically reduces demand for fossil fuels by energy producers in a state that, on its own, would rank as the world’s sixth largest economy.

Shareholders will be paying attention to the evolving regulatory environment. Even if Trump turns his back on the risks of climate change, large, multinational companies and their shareholders will always have Paris and the myriad of other climate change agreements, codes, standards and regulations to take into account in the coming years. 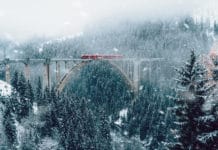