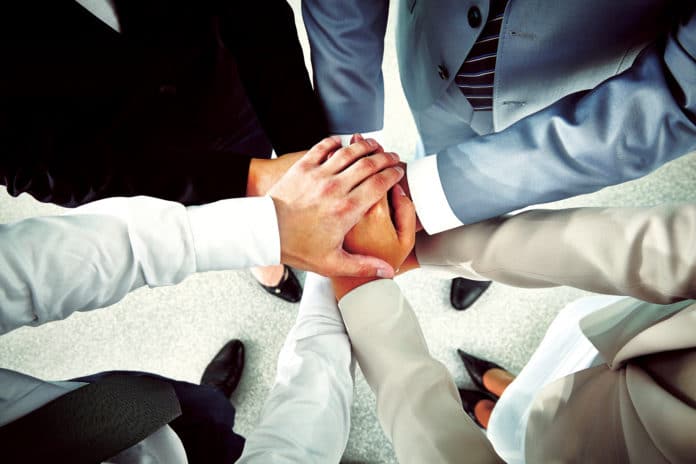 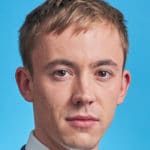 By James Jarvis – Corporate Governance Analyst at the Institute of Directors

“Once bitten by a snake,” the Dalai Lama says, “you feel suspicious when you see a piece of rope.” To put it in a less mystical way: trust is easily lost, and very hard to rebuild. Arguably, we are currently experiencing a global breakdown in trust.

A comprehensive annual survey, the 2017 Edelman Trust Barometer, displays this dearth of faith in business, politics and the media.[1] The British public’s trust in the government is at just 26 per cent; for business the figure is 33 per cent, while the media only manages 24 per cent.

The historic low levels of respect for traditional media sources have given rise to a widespread belief that much of the news is fake, a belief that has been exploited and exacerbated by populist politicians in many countries. This is a striking example of what can happen when the public stops believing in the institutions around them.

UK chief executives are experiencing a reputational crisis, too, with just 28 per cent of Britons saying they trust business leaders – 12 per cent lower than during the same period last year, and lower compared than the 37 per cent across the rest of the world.

This decline in trust comes in part from high-profile instances of corporate chicanery, such as the Volkswagen emissions scandal, and in part the slow recovery from the 2008 recession, which has seen poor growth for many people’s wages. Issues, such as public distaste for high executive pay, tax avoidance, the banking crisis and corporate governance failures, including Sports Direct and BHS, all feed into a general mistrust in business.

This has a detrimental effect on the majority of businesses that operate in an ethical manner with mind to the society and community they inhabit. Just because an individual business may behave well, it doesn’t mean they can ignore the wider trend.

Weak trust matters for business because it can demotivate workforces, anger customers and, in some cases, prompt government intervention. Taken together with the lack of faith in government, it also suggests dissatisfaction with the way the economy is working for sections of society – a central part of Jeremy Corbyn’s pitch to voters at the election.

Just as business is now truly global, the response to the trust challenge also needs to be viewed as an international project. The Institute of Directors (IoD) Director General, Stephen Martin, recently chaired a panel on rebuilding trust at the recent European Conference on Corporate Governance in Malta.[2] Panelists and audience alike shared in the concern that recent patterns of mistrust throw up and there was a general consensus that excessive executive pay and public perception of the issue were among the primary causes.

As to the steps business could take to address this issue, there was relative alignment between the conclusions of the panel and those found in Edelman’s research. Unsurprisingly, these focus on business conducting itself in an ethical manner, grounded in a sense of responsibility to a wide set of stakeholders. Businesses and policy makers alike need to wake up to this reality and realise the inherent danger of the society they serve losing faith in their ability to provide solutions and play fair. The so-called ‘rise of populism’ can in part be attributed to an electorate seeking answers in new places.

For business, this constituency represents not just potential customers but future employees, investors and suppliers. Data has shown that the next generation of employees place company values and societal contribution above personal remuneration. As highlighted in research by Global Tolerance, of respondents born between 1981 and 1996, 62 per cent wanted to work for an organisation that makes a positive impact, half prefer purposeful work to a high salary and 53 per cent would work harder if they were making a difference to others.

Investors are also becoming increasingly interested in a company’s impact on society and the environment. Earlier this year, industry giant Legal & General wrote to 84 global companies, warning that they would vote against chairs in businesses that failed to prepare for a move to a greener economy.[3] This should all act as a warning for businesses that lag behind in these areas. We are also seeing creative approaches to bringing about more ethical business practice in the investment industry. The People’s Trust is one example of individuals taking up the cause themselves and coming at the issue from a market-side approach.

During the recent election campaign, the IoD published specific manifesto proposals on corporate governance, intending to contribute to the effort to repair some of the lost faith in business. The first suggestion was aimed at increasing shareholder power over executive pay. We suggested that binding votes on pay policies, currently held every three years and requiring a 50 per cent majority to pass, be amended so that where there is a large minority (30 per cent) voting against the policy, the company should be required to revise the policy before putting it to a second vote (this time requiring the original 50 per cent).

We believe this would go some way to putting power on pay back with the ultimate owners of an organisation while still allowing companies themselves to be the architects of the package. Moreover, this could have a secondary benefit of making shareholders feel more enfranchised on the issue, hopefully leading to a reduction in the number of abstentions and non-votes. This is the start of a solution to a very real problem (public perception of executive pay) and one that 68 per cent of IoD members recently said was the primary threat to trust in business.

Public anger over executive pay is palpable and can be tied to two key issues with the current framework: firstly they do not perceive it as being tied to overall performance and, secondly,  it is seen as being out of line with the remuneration of the rest of the workforce. The IoD does not advocate placing pay caps on executive pay, which we believe would have a distorting effect on the market and would affect the ability of our companies to attract and retain the best talent. That said, we do believe that, through out proposal, greater power can be given to shareholders to ensure that pay is scrutinised and tied to company performance. The fact that executive pay has trebled since the dotcom bubble, far outstripping rises in the FTSE, shows that there are grounds for taking action.

“Weak trust matters for business because it can demotivate workforces, anger customers and, in some cases, prompt government intervention. Taken together with the lack of faith in government, it also suggests dissatisfaction with the way the economy is working for sections of society”

In our second manifesto proposal, we focussed of the UK’s largest private companies. While the legal requirements on directors on unlisted boards are the same as their public counterparts, they do not fall under the same reporting requirements. This has led to a ‘black box’ situation, where the governance arrangements of these companies are often unknown until a problem occurs. This matters as, while they may not have shareholders in the listed sense, they do have a diverse and large number of stakeholders who rely on the company’s long-term sustainability. One only has to look at the example of BHS to see the widespread impact that failure in large private companies can have.

In response to this issue, the IoD has proposed that a corporate governance code for unlisted companies is established, monitored and enforced by the Financial Reporting Council, much like the code for listed companies. While such a framework would not be appropriate for all companies, many being far too small, we would suggest an initial threshold of 2,000 employees. This threshold may be lowered over time as the code gains credibility and becomes something that private companies actively want to comply with for reputational reasons. The IoD produced a set of guidelines for unlisted companies in 2010 and this could provide the framework for any code going forward.[4]

Our final proposal was to attach greater importance to the issue of director training and the board evaluation processes. The need for directors to keep up to date with the regulatory environment, the new challenges and opportunities for business, and their duties to stakeholders is of utmost importance. It is essential that they are encouraged to keep their knowledge and skills topped up throughout their career. To ensure that boards are meeting their requirements, companies need to be encouraged to conduct regular and thorough board evaluation. Already in 2017 we have seen examples of leaders at some of the country’s largest companies not being fully aware of the regulatory requirements and duties. Ignorance should not be an excuse and we are seeing shareholders reject this as a reason.

With the advent of the ‘fourth industrial revolution’ and the rise in the digital economy, the need for people to be able to trust business, especially when it comes to personal data, is only going to increase. Pair this with the increased presence of the private sector in the delivery of public services and the case for ethical and trustworthy businesses becomes all the more pressing. Companies that get ahead on the issue will reap the benefits.

To do so will need a coordinated effort involving all elements of business: companies and investors, regulators and industry bodies. There is a real opportunity for these elements to come together and bring about the required changes. The FRC is reviewing both its Corporate Governance Code and its Stewardship Code. As part of this there will be a consultative period, which we would urge anyone with ‘skin in the game’ to contribute to. The IoD will certainly be doing so.

We would urge those who fall under the auspices of either of the codes to embrace any changes in spirit as well as by letter. Looking at the interventionist suggestions in the three main parties’ manifestos leading into the recent election, it’s clear that business is not the political flavour of the month.

It is time for business leaders to show initiative and will. They need to prove, through action, that profit, shareholder return and ethical business conduct are not mutually exclusive. The suggestions outlined in the IoD’s manifesto, alongside the UK’s existing and world-renowned governance framework, will contribute to this goal. It should worry us all if business is seen, to return to the Dalai Lama, as a risk to society, rather than an essential part of it, generating jobs and prosperity. After an election where little positive was said about commerce, it’s vital that the trust fightback starts now.

James Jarvis is Corporate Governance Analyst at the Institute of Directors. In this role he supports the Head of Corporate Governance on key IoD initiatives such as the Good Governance Report and is assistant secretary to the GNDI (Global Network of Directors Institutes). He also represents the IoD on the Benchmarking and Information Committee at the European Confederation of Directors’ Association (ecoDa). Prior to this role he worked as Special Adviser to the IoD Chairman, Lady Barbara Judge CBE and before this worked within the IoD Institute Secretaries Office. James is a Politics graduate from Manchester Metropolitan University. 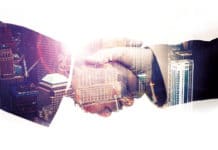