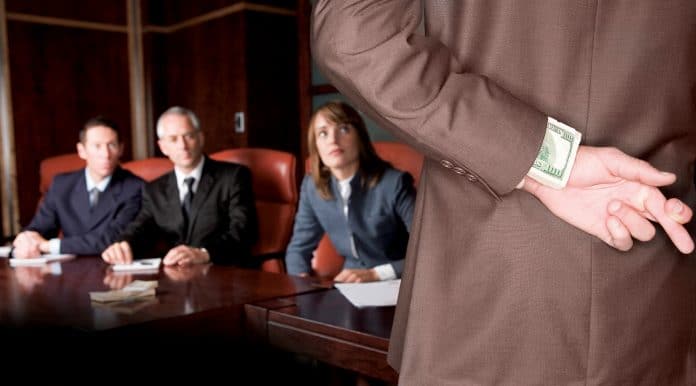 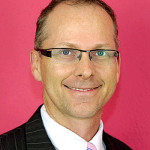 Currently estimated to cost five per cent of the world’s total GDP, or $2.6trillion per annum, corruption is now the third largest industry globally and  is growing. ¹ In response, anti-corruption legislation around the world is being strengthened, with a growing emphasis now placed on enforcement and compliance. Organisations not only need to have an anti-corruption programme in place, but are increasingly being required to prove that it is effective.

Unfortunately, a growing number of anti-corruption programmes are failing to meet this new challenge; the most recent being the French industrial group Alstom. Despite having an integrity and anti-corruption programme in place, Alstom was recently fined $277.3million to resolve criminal charges relating to a widespread corruption scheme.² The scheme involved the payment of at least $75million in secret bribes to government officials around the world.³

So what went wrong? Why was it that its anti-corruption programme failed and failed so miserably? While there is no silver bullet to guarantee success, there are a number of common pitfalls, which, if avoided, can dramatically decrease the chance of failure. While not exhaustive, outlined below are the most common mistakes that boards and management need to be aware of when establishing anti-corruption programmes.

Lack of political will and commitment at the top

The strongest influence on the direction of an organisation’s ethical compass is its leadership, making the ‘tone set at the top’ the most important influence in shaping the success – or failure – of its anti-corruption programme. This requires genuine commitment. It is not simply a matter of making anti-corruption an organisational priority, but having sufficient political will to prioritise principle over economic pressures. Too often, a blind eye is turned when questionable behaviour is needed to ‘win’ business or meet revenue targets.

Without genuine commitment at the top, even the best anti-corruption programme will end up as window dressing. Put simply, if its leaders are not authentic about countering it, why should its managers and staff be? A prime example is FIFA, which had an extensive ethics and anti-corruption programme in place (see Figure 1). Despite this, it is embroiled in multiple corruption probes that has led to the suspension of its long-standing president and seen 23 of its senior officials charged (along with two other officials and five corporate executives) with racketeering, wire fraud and money-laundering spanning a 24-year period.

Tip: A simple litmus test to gauge leadership’s commitment to an anti-corruption programme is to ask how many senior managers have attended the standard anti-corruption training workshop traditionally advocated for staff?

Inadequate resources being made available

While making necessary resources available is a sine qua non of any anti-corruption effort, it is often overlooked. According to PwC’s 3rd Annual State of Compliance Survey, while 80 per cent of respondents had a global turnover in excess of $1billion, 41 per cent had a compliance budget of just $500,000 (or 0.05 per cent of their turnover) or less.4

If we overlay this with the ACFE statistic that the typical organisation loses five per cent of revenues each year to fraud, the $500,000 compliance budget above is expected to tackle nominal annual fraud seepage of $50million or more.5 In other words, for every $100 in fraud incurred, the organisation makes $1 available to counter it: a ratio of 100:1. When factoring in non-fraud-related forms of corruption, this ratio widens even further, making the $500,000 budget appear somewhat symbolic.

Tip: While resources are a key enabler for a successful anti-corruption programme, throwing money at a problem is no guarantee of solving it. Just as important is ensuring that the resources made available are of the right mix.

Using a generic ‘one size fits all’ approach

While corruption is a generic problem, it has no generic solution. Differences in cultural beliefs, value systems and norms mean that what is acceptable in one country or society (in particular when defining corruption) is inappropriate in another.

Anti-corruption and compliance efforts traditionally use a ‘factor approach’, which relies on the use of a checklist of actions or components that need to be included within various anti-corruption initiatives. Overly generic in nature, this ‘one-size-fits-all’ approach ignores the contextual differences highlighted above.

“Without genuine commitment at the top, even the best anti-corruption programme will end up as window dressing. Put simply, if its leaders are not authentic about countering it, why should its managers and staff be?”

The issue here is flexibility. An anti-corruption programme needs to take general factors into account, while at the same time, being sensitive to differences in local circumstances. How corruption in Sub-Sahara Africa (which is generally opportunistic in nature) is tackled, is different to how corruption in parts of Asia or Eastern Europe (which is far more systemic) is countered. If an anti-corruption programme does not take these differences into account, success will at best be limited.

Tip: While the basic foundation for an anti-corruption framework should be built around a common set of principles, the individual components (and stepping stones) that go into each of its pillars need to be tailored to meet the particular corruption context faced.

Absence of ownership in the middle

While the ‘tone set at the top’ is critical to establishing the foundations of a successful anti-corruption programme, ownership ‘in the middle’ is vital for embedding it. While leaders set the direction, middle management is where the rubber meets the road. This group – more then any other – have direct influence on an employee’s day-to-day behaviour, creating a multiplier effect that places them at the front-line of entrenching corruption prevention. If middle managers feel they don’t own the initiative, the risk of failure is high.

This is supported by the results of a series of internal KPMG staff focus groups, which found that a staff member’s immediate supervisor was the first person they would turn to in the event of a potential problem or ethical question. In this context, it was the firm’s third- and fourth-year associates who were identified as being the critical link in setting the tone and driving leadership’s ethics and anti-corruption-related compliance messages throughout the organisation.6

Tip: Given their direct influence over day-to-day staff behaviour and the multiplier effect they can have, middle managers need to be the focus of additional anti-corruption training/sensitisation.

When a long-standing chairman of a leading anti-corruption agency was asked what (in his opinion) was the most effective deterrent to corruption, he responded: “Executing somebody!” While extreme, the underlying message is clear: the penalty for being caught needs to far outweigh any potential benefits that can be gained from wrongdoing. Failure to strongly and consistently enforce punitive sanctions will directly undermine the credibility of an organisation’s anti-corruption programme.

The importance of this is highlighted in the case of a large multi-national with extensive operations in Southern Africa. When a forensic audit found its local CEO had acted corruptly, rather then risk an expensive court case that would generate negative publicity, they instead offered him a golden handshake. The message sent to staff (who had all been closely following the case) was clear: it paid to be corrupt. Not only do you get to keep what you took, but you are then paid to leave! While this decision may have seemed logical at the time, the direct result was a marked increase in corruption cases throughout the region.

Tip: Strong, consistent enforcement of anti-corruption sanctions need to be viewed by the organisation as an opportunity (not as a threat), as it remains one of the single most effective anti-corruption deterrents available.

Many anti-corruption programmes focus on the use of ‘hard controls’, such as structures, policies and procedures, forms and rules etc. Based on a system of  ‘checks and balances’, these controls work by simply being in place. This makes them relatively easy to test and audit, hence their popularity when ‘results’ need to be shown.

The downside, however, is that the increasing complexities of today’s business environment means that as each additional risk is identified, there is a tendency for organisations to react by overlaying one set of hard controls over another. This layering effect can rapidly result in an environment where managers (and staff) bypass the system simply to ‘get things done’. Once this becomes the modus operandi, the control system as a whole becomes redundant.

Tip: An anti-corruption programme should be made up of a mix of hard and soft controls. Performed by people, soft controls (such as an ethical culture, competence, a commitment to quality and fairness) are active in nature, and harder to audit. They are, however, extremely effective when it comes to corruption prevention.

While many anti-corruption programmes tend to fail during the implementation phase, in many cases the underlying cause can be traced back to a mismatch between the expectations built into the programme’s design and the actual realities on the ground. The larger the gap, the greater the risk of failure.

A successful anti-corruption programme requires a clear understanding of both the ‘who’ and the ‘how’ in the design process. The problem here tends to be twofold: first those tasked with design have a lack of understanding or exposure to the realities on the ground; and secondly the ‘design’ objectives aren’t aligned with the ‘real’ objectives and values of delivery stakeholders. The result? An over-assessment of what the programme can effectively achieve.

Tip: Ensure that implementation stakeholders are included in the programme’s design phase. This, and breaking each initiative down into ‘bite-sized’ chunks, will help minimise the residual design-reality gap within each component, making successful implementation more likely.

Training is an area that is consistently identified in anti-corruption enforcement actions as being inadequate. Too often organisations assume that circulating a policy on anti-corruption is sufficient in itself and fail to provide the training and sensitisation necessary to anchor it.

Tip: An anti-corruption programme should include training, training, and more training!  Sensitisation and training workshops need to be tailored to specific corruption risks and responsibilities and should clearly communicate that compliance is the responsibility of all staff.

While not exhaustive, the above tips will dramatically increase the chances of a successful anti-corruption programme. There is, however, no quick fix. Even among organisations where anti-corruption compliance is well-established, sustained, ongoing commitment and energy is essential. Anti-corruption efforts in general should not be viewed as static, but iterative in nature. To be effective, a programme must be able to anticipate and adapt to new risks as the organisation and its environment changes. Regardless of this, one thing is clear – given the increasing penalties now being levied for breach of anti-corruption legislation around the world (in particular in the US and UK), boards can no longer afford to ignore the topic – or the associated risk it poses to their organisation.

Jeremy is a global anti-corruption expert with 25+ years combined experience in the corporate and international development sectors. He is the founder and Chief Executive of Integritas360, an organisation that specialises in designing and implementing bespoke solutions to addressing challenges in the inter-related area of anti-corruption, integrity, governance, and accountability (see www.integritas360.org for more). Prior to this, he spent 12 years working in the international development sector in Sub-Sahara Africa and Europe.

Jeremy is one of only a handful of people with direct first hand experience in all aspects of anti-corruption: from uncovering, managing and investigating fraud and corruption in countries such as Malawi, Kenya, Mozambique, Israel, and Somalia; to designing and implementing global integrity and anti-corruption frameworks. He also lectures on the topic at the University of Sydney’s Centre for Continuing Education.

A Chartered Accountant by profession Jeremy holds a Masters Degree in Development Studies. He is also a Senate Member of the Corruption Prevention Network (Australia) and a member of the Advisory Council of the Association of Certified Fraud Examiners (USA). Jeremy can be contacted at Jeremy.sandbrook@integritas360.org