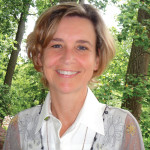 Norway’s adoption of a 40 per cent gender quota for corporate boards in 2003 was a watershed moment, with global governance ramifications that we are only just beginning to understand. More than a dozen countries have since followed Norway’s lead, while many others have chosen voluntary ‘comply or explain’ gender targets.

Consistent with its free-market values, the United States maintained the status quo and did not follow the global trend. American business leaders point to the lack of supply of diverse board-ready candidates, suggesting there are simply too few qualified women in the United States and in the world.

But the facts suggest otherwise. According to the 2014 Grant Thornton report Women in Business: From Classroom to Boardroom, China has the most female chief financial officers (CFOs) at 63 per cent, Russia has the most women in senior management roles at 43 per cent and Botswana has the largest participation of women in politics at 32 per cent. As a result, international business leaders are increasingly receptive to gender quotas with 45 per cent supporting them, up from 37 per cent the previous year.

Those resisting quotas have argued that the limited supply of female board-ready candidates would result in ‘tokenism’ and impair board quality and performance. Some point to Norway, where a small pool of female board directors nicknamed the ‘golden skirts’ sit on multiple boards. However, as The Economist recently pointed out, ‘golden trousers’ are even more prevalent and men – often less educated than their female peers – are twice as likely to sit on multiple boards.[1]

Until Germany adopted gender quotas early this year, France was the largest capital market to have done so. France’s gender quota required more than 2,000 companies to have at least 40 per cent women directors on their boards. The 2011 law triggered an unprecedented level of board turnover and generated a surge in demand for board-ready women candidates to fill an estimated 7,000 new board vacancies.

French boards expanded their candidate searches globally, tapping into the Francophonie – a global network of French-speaking nations – as well as non-French speaking markets, such as the United States, the UK and China. A long-time laggard, France became a leader in board diversity as women directors from all over the world were offering new and valuable perspectives to French issuers with international operations. And with foreign investors controlling nearly 50 per cent of the market capitalisation of French public companies, global directors can help issuers better understand international investors and reduce market risk.

If France’s experience with quotas is any indicator, one should expect even greater change in Germany once quotas are fully implemented. According to the 2014 Grant Thornton report, women represent only 12 per cent of German senior management, while 67 per cent of German businesses have no women in senior management. In addition, Germany does not have a large network of German-speaking countries to tap into for board candidates, suggesting that a number of supervisory boards may be challenged to hold meetings in German.

Current data shows a growing divide as the United States, Canada and the UK fail to close the gender gap – the percentage of senior professional women in each of these three countries is lower than the global average and the percentage of women on boards is behind their market peers.[2]

According to the 2015 Deloitte Women in the Boardroom Report, the UK has on average 15.6 per cent of women on boards, Canada 13.1 per cent and the United States 12.2 per cent. The United States is ranked below Spain and immediately above Luxembourg, Malaysia, Switzerland and Turkey.[3] The Deloitte report shows a persistent gap between the boards of companies with large market capitalisations and the less prominent listed companies in the survey sample.

The proliferation of women director training initiatives, white papers, academic studies, CEO initiatives and women’s conferences illustrate growing awareness and concern in these markets, but should not mask the fact that they have fallen behind their peers.

“Despite these efforts,” writes California’s State Treasurer John Chiang in a letter dated 19 February 2015 to the heads of California Public Employees’ Retirement System (CalPERS) and California State Teachers’ Retirement System (CalSTRS), “we have barely moved the needle on diversity in corporate board rooms.” Outside legal or regulatory mandates to diversify corporate boards, effective solutions must address supply and demand of diverse director candidates.

“CEOs and boards in the US are on notice that, as gender becomes increasingly important, investors will be holding them to account”

To increase supply, Mr Chiang asked they “redouble [their] efforts and sharpen [their] focus… [to make] qualified diverse candidates … more visible to corporate boards”. His statements reflect poorly on the effectiveness of US executive search firms and organisations that purport to do just that. To address demand, Mr Chiang asked investors to take action to focus board turnover and create more board vacancies, suggesting they begin by targeting directors who have spent more than 10 years on any given board.

For decades, investors have used a combination of shareholder proposals and engagement to lead change. Despite their highly publicised successes in ‘say on pay’, majority voting and proxy access, investors have not been able to generate the same level of investor support or media coverage on board diversity.

One explanation could be how the issue is positioned with investors. Tellingly, many proxy and governance research firms place board diversity in the category of ‘social’ concerns, alongside animal welfare, environmental issues and political contributions, for example.[4] Clearly, as Mr Chiang’s letter implies, board diversity proposals directly impact board composition. They are thus closely akin to proposals filed by shareholder activists such as Nelson Peltz’s (who recently sought a seat on Dupont’s board), than they are to animal welfare.

Frank Luntz, a US Republican pollster who coined the term ‘death tax’ to repeal the inheritance tax, says: “The right words at the right time can literally change history.”[5] On the issue of board diversity, words have muddied the water. Confusion has served to maintain a status quo that is no longer tenable. If CEO’s needed a signal that things are about to change, Mr Chiang’s letter was it.

On 31 March, just weeks after his letter, an investor coalition of public pension funds that includes CalPERS and CalSTRS filed a petition with the Securities and Exchange Commission to amend the proxy rules on board nominee disclosure and more specifically “provide investors with sufficient information to evaluate the nominees’ gender, racial and ethnic diversity, as well as their mix of skills, experiences and attributes needed to fulfil the corporation’s mission”.[6]

The investors claim that board diversity is a remedy to the risks of ‘group think’, mirroring the findings of a 2010 Spencer Stuart report published in the aftermath of the financial crisis. The report quotes an unnamed chairman of a leading European bank saying: “Many boards have to realise that there is simply not enough expertise in the boardroom to properly manage a company through a crisis or give adequate advice to the executive board… specifically, relevant competencies and a mix of expertise will be increasingly important when selecting board members in the future.”

Recent gains in proxy access have expanded investors’ rights to nominate directors. Using their activist playbook and with a sense of timing, these emboldened investors will champion board diversity in the next proxy season – as Hillary Clinton runs for president. Chief executives and boards in the US are on notice that as gender becomes increasingly important in the political, social and economic news-cycle, investors will be holding them to account.

An international corporate governance and shareholder activist expert, Sophie L’Helias is founder of LeaderXXchange, an organization that collaborates with established institutions around the world to identify and promote diverse leaders globally, as well as DirectorXXchange, a peer-to-peer network of global leaders dedicated to identifying and recommending diverse board-ready candidates for companies globally. Sophie is also co-founder of the International Corporate Governance Network (ICGN), Senior Fellow, Governance at The Conference Board, New York and Senior Fellow at the Samuel Heyman Center on Corporate Governance at Cardozo Law School in New York.

FOOTNOTES: 1The Economist Explains – The Spread of Gender Quotas for Company Boards, 25 March 2014, by H.J. 2The 2014 Grant Thornton Report and the 2014 Catalyst Census. 3 Deloitte – Women in the Boardroom, a Global Perspective, 2015, Appendix A. 4The Conference Board, Proxy Voting Analytics 2010-2014. 5The 11 Words for 2011, Frank Luntz Blog Huffington Post, 25 March 2011. 6The coalition manages more than $1.12 trillion and includes CalPERS, CalSTERs, the New York State Common Retirement Fund, the North Carolina Department of State Treasurer, the Illinois State Board of Investment, the Ohio Public Employees Retirement System, the New York City Comptroller’s office, the Connecticut Retirement Plans and Trust Fund and the Washington State Investment Board.