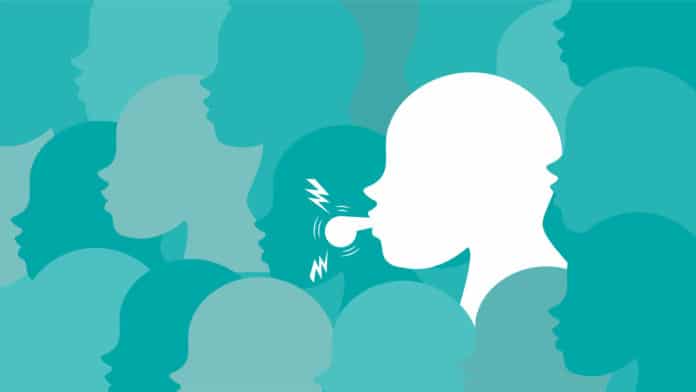 In his inaugural speech, President Joe Biden promised that the US would strive to be a leader in world affairs ‘not merely by the example of our power, but by the power of our example’. By doing so, he expressed the hope that the US would re-emerge as a ‘strong and trusted partner for peace, progress, and security’.

In at least one respect, the US is already poised to live up to President Biden’s ambitious vision. Specifically, in regard to global security, the US has set a powerful example of how financially rewarding and protecting corporate whistleblowers can greatly amplify international law enforcement efforts to combat fraud and corruption by private actors worldwide.

The success of the US False Claims Act

The most established US whistleblower reward programme is the False Claims Act (FCA), which was originally enacted in 1863 during the American Civil War to address fraud and profiteering in military contracting. Applying the principle that sometimes ‘it takes a rogue to catch a rogue’, the statute included a ‘qui tam’ provision that created an incentive for whistleblower insiders with knowledge of fraud to report information to government authorities and receive between 15 and 30 per cent of the funds the government recovered. It also provided protection from retaliation.

Significantly, individuals do not need to be US citizens, or even residents, to file a whistleblower claim under the False Claims Act. They just need to be an original source of information of a fraud scheme that financially harms a US government programme. Indeed, some of the largest False Claims Act cases involve fraud by foreign (i.e. non-US) multinational corporations reported by employees of these companies working outside the United States.

“Significantly, individuals do not need to be US citizens, or even residents, to file a whistleblower claim under the False Claims Act. They just need to be an original source of information of a fraud scheme that financially harms a US government programme.”

Whistleblower Dinesh Thakur is an excellent example. In 2005, Thakur, a chemical engineer, was working in India for Ranbaxy Laboratories, India’s largest generic drug manufacturer. Among other responsibilities, he managed Ranbaxy’s generic drug manufacturing and operations. In this capacity, Thakur discovered that Ranbaxy was violating good manufacturing practices and submitting false drug data to the US Food and Drug Administration, which regulates pharmaceutical products in the United States. He reported these problems internally, but Ranbaxy failed to take any corrective action. Therefore, Thakur quit and filed a whistleblower complaint in the United States under the False Claims Act. In May 2013, Ranbaxy pleaded guilty to multiple criminal felonies relating to Thakur’s allegations and agreed to pay $500million in criminal and civil penalties. Thakur received $48.6million as a share of the civil settlement.

The promise of the SEC whistleblower programme

Inspired by the success of the False Claims Act, the United States has enacted four additional whistleblower reward programmes to target corporate fraud and corruption, run by the Internal Revenue Service (IRS), the Securities and Exchange Commission (SEC), the Commodity Futures Trading Commission (CFTC) and the Treasury Department.

From an international standpoint, perhaps the most important of these programmes is that overseen by the US Securities and Exchange Commission (SEC), which was created by the enactment of the Dodd-Frank Act in 2010 in the wake of the global financial crisis.

Individuals, whether company insiders or outsiders, who voluntarily provide original information leading to a successful SEC enforcement action resulting in monetary sanctions of more than $1million, are eligible to receive a whistleblower reward. The reward must be between 10 and 30 per cent of the money collected by the government and is paid from an investor protection fund financed entirely by the violators. Importantly, the SEC programme allows whistleblowers to remain anonymous and protects whistleblowers from retaliation.

Not surprisingly, many of the targets of the SEC enforcement actions, particularly those involving violations of the Foreign Corrupt Practices Act (FCPA), are corporations based outside the United States. The SEC’s top two FCPA enforcement actions in 2020 were against French aircraft manufacturer Airbus SE, who agreed to pay $3.9billion to resolve charges by US, UK and French authorities that it paid bribes to officials in China, Ghana, Indonesia, Malaysia, Sri Lanka and Taiwan in order to obtain improper business advantages, and Goldman Sachs Group and its Malaysian subsidiary, which agreed to pay $2.9billion to authorities in the US, UK and Singapore for paying bribes to government officials in Malaysia and Abu Dhabi in connection with the 1MDB scandal.

Second, whistleblowers should be appreciated for what they typically are: courageous individuals who want the best for their employers and are willing to speak up to fix a problem when they see something that they believe is wrong. Like Dinesh Thakur, the Ranbaxy whistleblower, the vast majority of corporate whistleblowers report problems internally first, and only file a complaint with law enforcement if they feel they have not been heard. Consequently, corporate leaders should view internal whistleblowers as a valuable asset. Like a canary in a coal mine, they are forward indicators of risk, alerting management to problems early on so the company can remediate and correct courses of action before the problem becomes impossible to handle. After all, the longer a problem persists, the more likely it is that someone either inside or outside the company will discover it and inform law enforcement. This is especially true today, when social media and open source investigative techniques permit everyone to watch everything. The best corporate strategy is therefore to utilise internal whistleblowers to find and address problems as soon as possible.

To this end, good corporate leaders should ensure that their company has a robust internal reporting mechanism/hot line and that it is actually used by employees. As stated in the guidance used by the US Department of Justice to evaluate corporate compliance programmes, updated last June, one hallmark of a well-designed compliance programme ‘is the existence of an efficient and trusted mechanism by which employees can anonymously or confidentially report allegations of a breach of the company’s code of conduct, company policies, or suspect or actual misconduct’. According to this DoJ guidance, companies that have implemented a robust and effective internal reporting system are eligible for credit if something still goes wrong. In effect, if a company has an internal reporting system but it is not used, this should be a cause for deep concern.

Third, in order to truly achieve a culture of compliance, corporate leaders should understand the unique peril that whistleblowers face by speaking up and take concrete steps to create an environment where they feel safe. Too often, whistleblowers face retaliation and scorn from their colleagues and employers when they file even an internal complaint. This is the unfortunate by-product of the ‘group think’ common to many organisations. As Theranos whistleblower Erika Cheung, who helped to publicly disclose fraud by the blood-testing company’s founder, Elizabeth Holmes, has perceptively observed, ‘sometimes it is just as hard to say something as it is to listen’.

As difficult as it might be for you as a corporate executive or board member to hear what a whistleblower might have to say, before reacting, try putting yourself into the shoes of the whistleblower him or herself and empathise with the risk they are taking with their career and professional reputation just by speaking up. 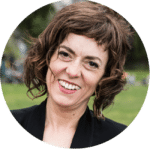 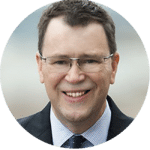 Edward Baker is Of Counsel in Constantine Cannon’s Washington DC office. He represents a broad range of whistleblowers and has extensive experience, in particular, with healthcare and defence procurement fraud cases under the False Claims Act. Prior to joining Constantine Cannon, Baker was an Assistant US Attorney in Sacramento, California. 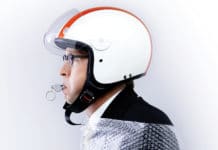 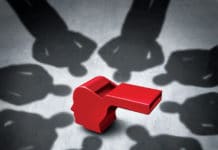 Whistleblower: A hero, a villain or simply a fool?