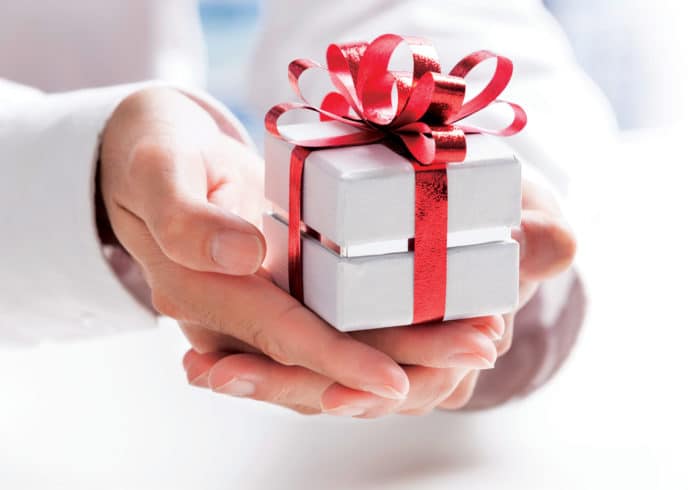 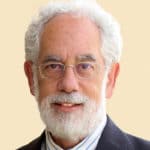 By Bruce Horowitz – President, Center for the Study of Bribery, Extortion and Coercion Situations, and Founding Partner, Paz Horowitz

In particular, we will discuss why and how human nature should be taken into account when making and enforcing ever-more-encompassing anti-corruption compliance rules.

In Sweden, the National Council for Crime Prevention urges officials ‘to discourage hospitality and gratitude’, two classical virtues.[1] Under Swedish law, ‘bribery’ in both the government and the private sector, includes not only ‘bribes’ but also ‘other illegitimate rewards to express gratitude for services already performed’.[2]

Based on this anti-corruption law, it happened in Sweden that a florist’s assistant told how one of her customers, who had been ill for a prolonged period, gave flowers to a nurse. This nurse had been very important during this person’s illness, but the customer was unable to send the flowers to the nurse’s workplace, as the patient had wished. The nurse did not want to receive it in such an open way for fear of being accused of corruption. Instead, the customer paid in advance and the nurse came to the shop later to pick up the flowers. The florist’s assistant was sorry about the situation, partly because it was troublesome for the nurse and partly because it made everyone involved feel a bit sleazy, ‘as if committing a crime’.[3]

Sweden clearly surpasses many other countries in attempting to avoid acts of apparent kindness, which include ‘self-serving’ intentions, by prohibiting those actions under administrative or criminal law. Another example is Sweden’s governmental prohibition against Swedish adoption agencies providing volunteers to help orphans in foreign countries, because even such life- and health-saving volunteer work could, and does, provide incentives for the foreign orphanage to favour Swedish adoptive parents.[4]

To a lesser extent, many countries now prohibit forms of socialising, sharing, use of personal charm, compliments, cordiality and other acts of apparent kindness, that had not previously been legally punished or conditioned. This is not because the giving of gifts, including the gift of hospitality, was never used before in order to ‘gain an advantage’. Since antiquity, gifts have always been known throughout the world as being able to create a mixture of gratitude and trust on the one hand, but with a sense of obligation and trade opportunities (reciprocal exchange) between the giver and the receiver, on the other – as social anthropologists and psychologists have reported for the last century.[5]

The sense or the observable fact that many acts of sharing, kindness, charm and simply ‘paying attention to the other person’ at least partially intended to create a sense of loyalty or obligation in the person on the receiving end. This realisation has led legislatures, informed by prosecutors, to enact laws that prohibit not only direct bribery, but also these attentive acts of sharing, kindness, a charming demeanour or even simple cordiality. As noted in Sweden, it is hard to build a wall between what is ‘due’ and what is ‘undue’ and, therefore, between what is ‘corrupt’ and what is ‘innocent’.

Simians, rats and four-year-old humans to the rescue

As Frans de Waal of the Yerkes National Primate Research Center and Malini Suchak of the Psychology Department of Emory University notes: “Non-human primates are marked by well-developed prosocial and cooperative tendencies as reflected in the way they support each other in fights, hunt together, share food and console victims of aggression… Even if a behaviour is ultimately self-serving, the motivation behind it may be genuinely unselfish.

A sharp distinction needs to be drawn, therefore, between (i) altruistic and cooperative behaviour with knowable benefits to the actor, which may lead actors aware of these benefits to seek them by acting cooperatively or altruistically, and (ii) altruistic behaviour that offers the actor no knowable rewards. The latter is the case if return benefits occur too unpredictably, too distantly in time or are of an indirect nature, such as increased inclusive fitness.”[6]

In a later study, capuchin monkeys, rats and four-year-old children were repeatedly caught in the act of benefiting others without any expectation of benefits in return, especially if they had recently received kind or beneficial attention from another monkey, rat or tot.[7] But both the children and the monkeys also tended to pass on unkind treatment to third parties.[8] One of the conclusions of the study was that neither monkeys nor humans require higher cognitive capacity to pass a kindness or a meanness on to a third party. Meanwhile, it does take at least a four-year-old human to directly reciprocate a kindness for the purpose of repeating that experience between two interested parties.

Why monkeys and toddlers are important for legislators and compliance officers

As we see from the countries with the most advanced anti-corruption laws and where compliance is most highly operationalised, a lot of the compliance requires withdrawing from normal human interactions, some of which fulfil psychological needs for self-respect and which enable us to treat others with respect and kindness. Therefore, we need to make sure that the present tendency to withhold kindnesses, or non-confidential information, or expressions of personal concern and consideration, is not simply a part of a general urban withdrawal into individual isolation in society.

“If compliance requires us to treat others at arm’s length, it may avoid the creation of undue loyalties and obligations, but it is also an evasion of personal and corporate social responsibilities”

Art Buchwald was a well-known columnist for the New York Times and the Washington Post newspapers. Many of his columns became famous. For us, one of his stories tells us why the ‘arm’s length’ rule needs some retro-humanisation. It is called Love and the Cabbie and was recently reprinted in Chicken Soup for the Soul: 20th Anniversary Edition.[9]

In the story, Art Buchwald is in a New York taxi with a friend. As they are getting out of the cab, his friend says to the taxi driver: “Thank you for the ride. You did a superb job of driving.” The driver responds: “Are you a wise guy or something?”

Art Buchwald asks his friend: “What was that all about?”

The friend replied: “I am trying to bring love back to New York.”

Art: “How can one man save New York?”

The friend: “It’s not one man. I believe that I have made that taxi driver’s day. I’m aware that the system isn’t foolproof. If out of 10 [different people] I can make three of them happy, then eventually I can indirectly influence the attitudes of 3,000 more.” “I have made a study of this. No one tells people what a good job they’re doing. They’re not doing a good job because they feel that no one cares if they do or not.”

And, as the capuchin monkeys and the four-year-olds are telling us, and as we know from the daily stories of how people treat their dogs, their families, their neighbours and complete strangers. Think of a work-day that is only and always at ‘arm’s length’. Negative or cold treatment during our work day leads to our negative treatment of others at work, on the way home and at home. If compliance requires us to treat others at arm’s length, it may avoid the creation of undue loyalties and obligations, but it is also an evasion of personal and corporate social responsibilities to the community.

In the end, what is more important: assuring the avoidance of all ‘undue’ loyalty, obligations and mutually advantageous reciprocity; or permitting kindly, respectful human interactions to improve the sense of self-worth of the people in the interaction? While a part of human nature is self-interest and conniving behaviour, we need to accept that when monkeys, little children and rats can be kind and thoughtful to each other, we should be allowed to be kind, share with and show a caring attitude to others who happen to be public servants or potential customers, clients or patients. It is our corporate and personal social responsibility and it seems to be lodged within some of our more ancient genes.

And, yes, the dangers are clear and part of tomorrow’s risk assessment.