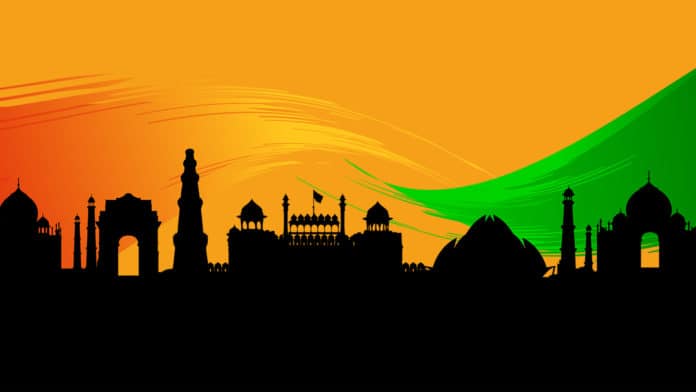 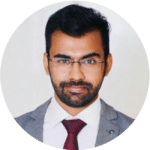 By Mathew John, Manager – Board Practice and Communications – Amrop India

From the early days of pure shareholder primacy, good corporate governance across the world has come a long way to now encompass a wide array of aspects under the umbrella of stakeholder capitalism. They range from equitable treatment of stakeholders and effective risk management to emergent approaches like environment, social and governance (ESG) and even abstractions like ‘boardroom discussion dynamics’. In leading markets, including India, yesterday’s ‘best practice’ is fast becoming a baseline requirement.

What once used to include just fiduciary responsibilities,the role of the board and consequently, that of the independent director today, is not only increasing in complexity but also in prominence as a frontline strategic asset, enabling long-term value creation – from supporting the development and direction of strategy to managing succession and maintaining effective oversight on emergent E&S considerations.

Typically, boards in India meet an average of four to six times a year, with each meeting lasting not more than three to four hours. But, without the appropriate mechanisms, policies, processes, and internal controls to facilitate complete, unencumbered oversight and access to ‘crucial’ information on key aspects of governance, a board, no matter how competent its members or how well-balanced its composition, is already set up to fail.

It is assumed that independent directors who serve on corporate boards, by virtue of their years of experience, insight and skill, can continue to serve as effective, unbiased arbiters, ensuring equitable stakeholder treatment and shareholder value. When it comes to perceptions of their own boards’ performance and effectiveness, independent directors in India seem quite self-assured.

In a recent study conducted by Amrop, evaluating NSE500 constituents to benchmark indicators of board effectiveness, independent directors overwhelmingly (90 per cent) expressed strong confidence in the understanding of their role and the ability to fulfil their charter. Taken at face value, this paints a rosy picture. Despite the rapid slew of reforms, new global standards, and other factors like activist investors and disruptors, such as climate change and technology, the Indian corporate juggernaut looks ready to meet them all head-on; perhaps even exceed expectations. According to the companies and the directors themselves, there is no dearth of talent and no lack of clarity when it comes to knowing what needs to be done. But that’s enough time spent on the surface.

“Despite the rapid slew of reforms, new global standards, and other factors like activist investors and disruptors, such as climate change and technology, the Indian corporate juggernaut looks ready to meet them all head-on; perhaps even exceed expectations.”

A closer look resembles a work in progress that may be a long way from completion. The study we conducted also pointed to the fact that many of the obstacles in the way seem to stem from possible mistranslation. There is a clear absence of a universal language and clarity on key enablers and determinants that constitute effectiveness in the context of a board. Here are a few examples:

The 90 per cent who indicated a strong involvement by their board in strategy, reduced to 60 per cent when asked if the company has ever put out a documented strategy.

While the corporate strategy is developed by the executive team, the board needs to be engaged and aligned throughout the entire process. A sizeable 30 per cent of respondents indicated that, when it came to metrics used to evaluate strategy, no attempt was made by the board to form any consensus. Only 40 per cent of directors indicated any involvement in the formulation of strategy. Despite this, from the board’s point of view, they are deeply involved in ‘strategy’.

With evidence suggesting the absence of basic building blocks and tools to facilitate any real involvement by the board in developing the company strategy, this prevailing confidence among directors may be somewhat misplaced.

Across sectors and industries, strategy is among the most frequently discussed agenda items during board meetings. Ninety per cent of independent directors in our study indicated a strong involvement by the board in strategy, and that focussed discussions on strategy happen at least twice a year in their boardrooms) Similar studies by other institutions also seem to support this trend. Globally, boards taking an active role in strategic decision-making is increasingly viewed as a best practice.

However, does every board translate its role in strategy the same way? What do the leading and baseline trends in India indicate when it comes to boards discussing and handling strategy? For most boards, this just means business reviews that are more operational than strategic. The annual strategy review often simply translates as a perfunctory ceremony to ratify the proposed strategy.

Another case in point is succession planning, a rarefied domain where boards often wield total control. Failure to plan for CEO transitions and board rotations typically comes with high costs attached. Yet, this is an area where boards in India critically lag. The Indian business environment is dominated by family-owned businesses and concentrated shareholding structures. So, for many boards of family-owned businesses, involvement in succession planning has never been a priority except in cases of exigent circumstances.

In our study, when asked simply to assess the focus of the board on succession planning, both promoters and directors were quite positive. However, like strategy, the devil lay in the details. Pressed for details, the responses quickly pointed to evidence of serious gaps in succession planning among the NSE500 constituents. More than half the constituents have no documented CEO succession plans, no contingency plans in case of unplanned departures, no view on an internal succession pipeline, or even perspectives on available external talent. Once again in this context, there is a mistranslation between what might constitute as best practice, and its implementation on the ground.

Clarity in purpose requires understanding, and typically as the complexity of a subject increases, so does the importance of encouraging focussed learning and a structured delivery methods. As mentioned earlier, corporate governance standards and expectations from director in India and abroad are increasing at a rapid pace, bringing into focus a major issue: the quality of induction and professional development programmes for directors in India.

Only 60 per cent of respondents indicated the presence of any formal induction programs for new incumbents. When it came to assessing the quality of their capacity-building programmes, only 40 per cent expressed any confidence. To extract maximum value from a board, a strong onboarding programme is crucial to apprise the new incumbent of the business, its operations, and its strategy.

This will help them understand what drives a company’s business and its business risks – quickly ramping up their perspective and, consequently, their ability to add tangible value to boardroom discussions early on.

Reacting to the increasing demands placed on the institution of independent directors, the government of India now mandates any potential candidate for the role to clear an online proficiency test. The premise being that just having the basic awareness of the requirements for and indicators of good governance performance, can lead to cascading improvements in corporate conduct across the market. That said, it is still too early to determine whether a mandatory proficiency requirement has actually improved the baseline in national performance.

Strategy and succession are just two pieces on a much larger tapestry constituting good corporate governance, but these examples illustrate another major issue that might be of particular interest to those engaged in framing national policy; a lack of regional/national ‘gold standards’.

A major gap that continues to supress the uptake of new standards and best practices by companies remains the lack of evidence-based information. There is enough research across markets (including India) that demonstrates good corporate governance can be a value driver for firm performance. For learning organisations, the value proposition in having an effective board and good corporate governance is clearly understood. But what does effectiveness mean in the context of a board?

When it comes to theoretical models and anecdote-based inferences, there is no limit to what constitutes effectiveness. Even for an organisation that understands the value proposition of having an effective board, what’s still missing is a more definitive roadmap, a perspective on the efficacy of key enablers that are known to work; a perspective, backed by evidence, that examines the validity and effectiveness of various constructs deployed in the market.

Regulation around corporate governance, however prescriptive, cannot define ideal performance states with any real specificity. For example, regulation may mandate ‘independence’ of independent directors and even go so far to define the term itself to avoid ambiguity. But it cannot, by design, define how its guidance translates into actual practice.

From the selection and appointment process and control systems that will ensure unencumbered oversight, to ensuring productive engagement by all directors during board meetings, ensuring independence requires a whole host of specific requirements that might differ from each other based on the nature and size of the organisation, industry, and sector, with constantly shifting standards of excellence. This cannot be adequately addressed through regulation alone.

For governments and organisations looking to improve the baseline indicators of corporate conduct in their local markets, benchmarking key performance indicators to identify and celebrate success stories, and using case studies of outliers in their local market that go above and beyond mere compliance to ensure long-term value creation, could minimise the bottlenecks preventing faster uptake by the entire market.

Mathew John is a member of the Board practice – and anchors India communications at Amrop – one of the world’s largest leadership and growth consulting partnerships. He is a Corporate Governance, Public Policy and Communications professional with multi-sector experience working with National Governments, Law Enforcement Agencies, Media Houses, and Statutory & Non-Statutory Professional Bodies.

Prior to his tenure at Amrop, Mathew was responsible for leading the Centre of Excellence for Sustainable Development (CESD), Department of IP&CC, and was associated with the School of Corporate Governance and Public Policy (SoCGPP) at the Indian Institute of Corporate Affairs – think tank for the Ministry of Corporate Affairs. His prior associations include the International Criminal Police Organization (INTERPOL, Lyon, France), Times of India, Association of Independent Directors of India (AIDI), and Centre for Legislative Research & Advocacy

Board diversity in Southeast Asia