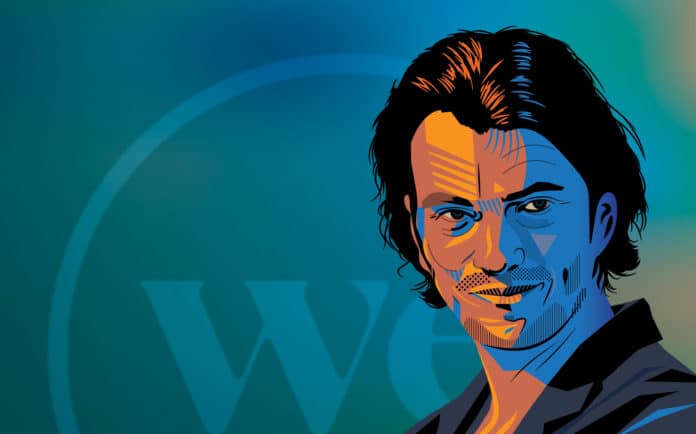 WeWork, the shared workspace real estate company, may work for its billionaire founder Adam Neumann, but will it work for anyone else? Despite recent changes to the soon-to-be-public company’s structure, the governance of the operation ultimately works against the interests of its shareholders.

There are two major governance-related problems with WeWork that should give any potential investor pause. The first is the dual class structure, which, regardless of recent events, remains in place, enabling Neumann to retain significant control over the company, despite a lessened and disproportionate economic interest. The second, an outgrowth perhaps of the first problem, are the numerous conflicts of interests that Neumann had created over time and that, in the face of serious concern from investors, the company has sought to reduce.

Initially, the company proposed to go public with an equity structure that would give its founder, Neumann, stock with a voting ratio of 20 votes per share while most other investors were entitled to one vote for each share. This structure would have given Neumann complete control over the organisation for his lifetime, and beyond. This approach raised serious concerns for investors whose capital was eagerly sought, but whose opinion was as eagerly rejected. The outcry over this seemingly eternal allocation of voting rights produced such outrage in the investment community that the company was forced to revise the structure. Instead of 20 votes per share for Neumann, he would then be entitled to ‘merely’ 10. Of course, this change was cosmetic at best as Neumann would remain entirely in charge of the company and its board by controlling more than half of the vote necessary for any corporate action. The resulting structure left investors with few, if any, options should management take either inappropriate or ill-advised action inimical to the general welfare of the company.

This approach is contrary to managerial interests as well – as an executive who is held accountable for their actions will, ultimately, create long-term value for themselves and their fellow shareholders.

“Through the dual class structure, Neumann completely controlled the company. A controlling shareholder in and of itself is always problematic”

Through the dual class structure, Neumann completely controlled the company. A controlling shareholder in and of itself is always problematic. There is often a misalignment with the goals of the non-controlling shareholders. And controlling shareholders cannot monitor themselves to prevent self-dealing or poor management, while minority shareholders have little, or in the case of this particular structure with Neumann in complete control, nothing to say. The problem is exacerbated here by the fact that his economic interest is disproportionately lower than his voting interest. Neumann may argue that his controlling position gives him the ability to operate the company effectively for the long-term to the benefit of all shareholders. Unfortunately, for various reasons, this is unlikely to occur, as we will explain. But, more importantly, there are fundamental agency issues arising out of his control.

The nature of the agency problem that affects controlled companies differs from the agency problem that tends to reduce the value of, and is the main corporate governance challenge facing, widely held companies in the United States. For outside investors in US public companies, the bluntness for the market for control as a disciplinary mechanism and the difficulties inherent in disaggregated shareholders’ use of formal power through proxy voting, create an inability to effectively monitor the officers and directors of such companies. In this sense, the directors and officers of US companies have de facto control, and the agency concern in such cases is thus about management opportunism. In controlled companies, by contrast, the controlling shareholder has an economic incentive to monitor management because it stands to capture a significant proportion of any increase in share value that results from such monitoring. For this reason, a controlling shareholder has at least the potential to be a more effective monitor of corporate management than is possible with the mechanisms available in the widely held model.

So, in a controlled company, then, management opportunism is, again, at least in theory, much less likely to be a significant problem. But there is another kind of agency problem that can arise in such companies – namely, opportunism by the controlling shareholder at the expense of the minority shareholders. The incentive for such opportunistic behaviour arises from the fact that not all of the costs borne by the company are ‘internalised’ by the controller because the controller does not own 100 per cent of the equity. This creates the potential for direct diversions of pecuniary benefits from the company to the controller through self-dealing transactions. In addition to such pecuniary ‘private’ benefits that come at the expense of the minority shareholders, there may also be non-pecuniary, or what might be referred to as ‘psychic’-private benefits associated with the position of control over an enterprise. As one example, the prestige and status associated with being at the helm of a large enterprise may weigh more heavily with some controlling shareholders than the increase in their wealth resulting from a higher share value. To the extent that this is so, some controllers are likely to pursue goals other than the maximisation of profitability and firm value.

Agency problems of this non-pecuniary type can be especially pernicious. To be sure, the top managers of widely held public companies may have a similar predilection for activities such as empire building, but there is at least some constraint on inefficient behaviour from markets and the shareholder franchise. In the case of controllers, though, that constraint is entirely lacking. Controllers are immune from proxy contests and can ‘just say no’ to any takeover offer. They are, in large part, free to set the company’s strategy largely as they wish, subject only to a different, much less demanding set of constraints. Finally, the courts, as the final backstop, are almost completely ineffective as a restraint on this type of behaviour because the concept of self-dealing is not elastic enough to encompass actions such as deciding to expand into new markets, and the deferential business judgement rule would shield this form of conduct from judicial scrutiny.

Of seminal importance to the WeWork story, coincident and even evolving from the dual class control, as discussed, comes the problem of the conflict of interest transactions, beneficial to the controller but, at the expense of the company and the remaining shareholders. This is the second central problem in the WeWork situation. In the very recent past, the company has had its share of questionable conflicted transactions between Neumann and the corporation. First and foremost was Neumann’s purchase of valuable properties to be leased by the company, to his individual benefit. These purchases were ultimately reversed in most part prior to the IPO but remain a problematic depiction of his sense of corporate responsibility. Secondly, as first disclosed in the IPO filing, the company paid Neumann $5.9million to acquire the ‘We’ trademark, which arguably belonged to the company all along; although ultimately, responding to investor concern, Neumann returned the money. Thirdly, in a very questionable relationship to the primary business of the real estate leasing company, an elementary school servicing the Neumann children, among others, was formed. It was reportedly embedded in the WeWork structure both physically and philosophically, labelled with the obviously related moniker ‘WeGrow’. Finally, and perhaps most concerning to any long-term investor, is the fact that initially in the IPO, Neumann’s wife Rebekah, was solely empowered to designate his successor as CEO. Succession driven by a spouse is no way to run a $15billion operation.

Even though some of these conflicts have recently been addressed by the company, it is hard to imagine that the corporate atmosphere that allowed such conflicts to occur has been completely dissipated. On a side note, in addition to his pre-IPO liquidation of $700million in holdings, Neumann’s initial expression of interest following the IPO in selling a further significant portion of his investment would not suggest to others comforting confidence in his view of the long-term viability of the enterprise.

In summary, as long as the managerially protective dual class structure remains in place, investors have little reason to believe that Neumann would be effectively incentivised to avoid further conflicted transactions. The use of the dual class structure combined with a history of conflicted transactions sets the stage for ultimate investor disappointment. Hence, investors should thoughtfully consider the significant risk associated with investing in such an enterprise. While the structure clearly works for Neumann, it likely won’t work for anyone else. 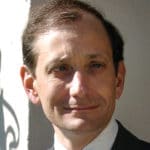 Charles M. Elson is the Edgar S. Woolard, Jr., Chair in Corporate Governance and the director of the John L. Weinberg Center for Corporate Governance at the University of Delaware. He is also consultant to the law firm of Holland & Knight. He formerly served as a professor of law at Stetson University College of Law in St. Petersburg, Florida from 1990 until 2001. His fields of expertise include corporations, securities regulation and corporate governance. He is a graduate of Harvard College and the University of Virginia Law School, and has served as a law clerk to Judges J. Harvie Wilkinson III and Elbert P. Tuttle of the United States Court of Appeals for the Fourth and Eleventh Circuits. He has been a visiting professor at the University of Illinois College of Law, the Cornell Law School and the University of Maryland School of Law, was a Salvatori Fellow at the Heritage Foundation in Washington, D.C. and is a member of the American Law Institute. 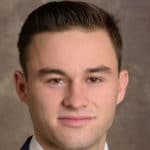