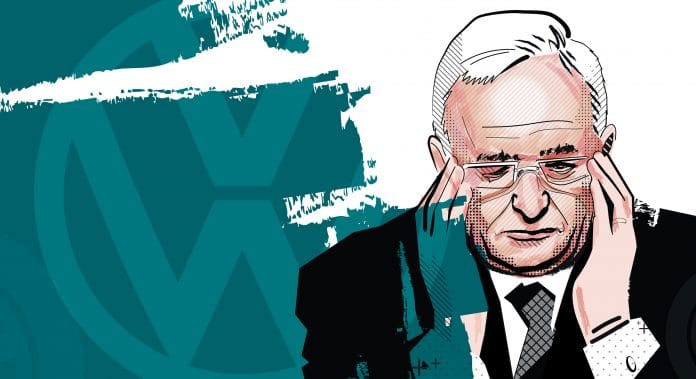 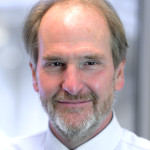 The dark but wise words of Winston Churchill remind us to ‘never let a good crisis go to waste’. Churchill’s quip has been referred to on numerous occasions in the wake of the global financial crisis, as both policymakers and market participants sought to learn the lessons that stemmed from poor governance and risk management practices at both the micro and the macro levels of the economy.

The emissions testing scandal at Volkswagen, one of the world’s leading automotive companies, provides a more recent example of a crisis where there are lessons to be learned about the pernicious effects that a weak corporate culture and dubious business ethics can have on companies – and ultimately their investors.

It does not require a scholar of corporate governance to observe that Volkswagen’s complex ownership and governance structure – mixing family and state ownership – presented a number of conflicts and questions of alignment of interests between the company, its minority shareholders and other stakeholders.

As a family-controlled company, questions exist about potential private benefits of control enjoyed by the controlling family members, including succession policy and board influence. The significant ownership by the German state of Lower Saxony further raises the question of the state’s shareholding being used to influence political outcomes – such as maintaining local employment at the potential commercial cost of longer-term competitiveness.

The company’s recent history includes tawdry incidents relating to past company bribes of its Workers Council and the controversial use of the Piëch family’s stake in Porsche to gain ‘creeping control’ of Volkswagen in 2007 without paying a control premium to institutional investors.

More prosaically, even though minority investors hold such a low percentage of the company’s shares so as not to seriously influence voting outcomes, cumbersome manual proxy voting processes imposed by the company have the effect of discouraging many foreign institutional investors from exercising their voting rights at shareholders’ meetings – effectively disenfranchising them. Altogether, it’s not a pretty picture.

In the quest for common threads of these diverse events, we can see that Volkswagen is a perfect storm of influences that can lead to a lack of accountability and insulation from the concerns of institutional investors or society more generally.

While troubling, these past events alone would not have justified any specific premonition that Volkswagen would commit a severe and possibly franchise-threatening act on the scale of its deception regarding emissions testing. It is
not that Volkswagen was delivering the wrong message.

In the company’s 2014 sustainability report, the recently deposed CEO Martin Winterkorn’s letter stated that “the car has entered a new era; the shift in society’s values and strict CO2 laws around the world are behind increasingly economical drive systems… we have learned that sustainability, environmental protection and social responsibility have become powerful value drivers”.

Those are the right words. But it is particularly disturbing that Volkswagen’s emissions scandal so specifically highlights and illustrates such a cynical and deceitful betrayal of principles of social responsibility and sustainability. Facts remain to be found about the extent of this scandal and the extent of culpability at the highest levels of management. At best, the judgement is one of incompetence of top management for allowing such a deception to occur undetected; at worst, it raises disturbing questions about the character and motivations of senior managers who may have actively contributed to, or passively condoned, the company’s emissions fraud.

For many investors, the VW case may contribute to a tipping point – one in which ethics, culture and other related environmental, social and governance (ESG) factors become mainstream investment considerations. A corollary to this is that ethics and culture are of fundamental importance to a company’s risk profile and ability to generate sustainable value.

Simply put, these are mission critical issues that require good corporate governance. Some investors have long adopted such views; yet in other cases many investors still need to make a clearer linkage between these ESG factors and company business risk.

The International Corporate Governance Network (ICGN) is alert to the specific challenges of the Volkswagen case and is actively exploring more generally how governance factors can affect company culture and conduct – either positively or negatively.¹

ICGN recently published its four policy priorities for 2016, highlighting specific governance themes of particular importance to ICGN and its members. One of the four priorities defined by ICGN is titled: ‘Tracking the changing boundaries of governance: culture, ethics and risk’.

By establishing this as a policy priority, ICGN is recognising the broadening scope of issues that come under the realm of corporate governance. In particular, it is clear the so-called ‘soft’ issues of ethics and culture can have hard impacts on companies – particularly as they emerge in the form of risks and opportunities. Examples beyond the Volkswagen case include the loss of confidence in the banking sector in the global financial crisis and the pernicious effects of bribery and corruption in both developed and emerging markets. Trust in business is low and social concerns, including income disparity, are attracting significant public attention.

Against this background, ICGN has been active in the sphere of business ethics and has developed guidance for its members in the areas of anticorruption, political donations, responsible tax policy and human rights. ICGN is also supportive of  ‘integrated thinking’ by companies and investors to integrate these often-qualitative risk factors in the form of integrated reporting.

As a specific initiative in the area of corporate culture, ICGN also convened a high-level group in December 2015, including the International Organisation of Securities Commissions (IOSCO), together with the UK’s Institute of Business Ethics and hosted by the Institute of Chartered Secretaries and Administrators to explore ‘red flags’ of poor corporate culture – both from an ethics and a risk perspective. This will be taken up as a plenary debate at the ICGN regional conference in Frankfurt in March 2016.

Related to concerns about culture, risk and ethics, ICGN has also published for member consultation a draft Global Stewardship Code; its purpose is to serve as an international framework of responsible investment practices.²  ICGN recognises that investors have responsibilities, as well as rights and the fulfilment of an institutional investor’s fiduciary duty to its clients and end beneficiaries involves active monitoring, informed voting and company engagement.

ICGN’s seven principles of global stewardship relate to promoting long-term performance and the sustainable success of companies and stress the importance of integrating material ESG factors into the investment process. This puts ESG issues clearly on the map of corporate governance and investor concerns.

The Volkswagen case demonstrates that ESG-related risks can be real and profound and ICGN’s policy framework increasingly focusses on how investors must place greater scrutiny and effort on assessing these factors in a risk context. It would be better not to have had the Volkswagen case to make this point so acutely. But now that it has occurred it would be a waste not to learn from it.

¹ The ICGN is a global investor-led body whose mission is to advocate high standards of corporate governance and responsible investments. It has more than 670 members in 48 countries and its investor members represent assets under management in excess of $26trillion. See www.icgn.org

George Dallas was appointed Policy Director at International Corporate Governance Network in 2014, where he coordinates ICGN’s governance polices and committees, and plays an active role in ICGN’s regulatory outreach. George is also a senior visiting fellow at Cass Business School, and works as an independent advisor, with clients including the World Bank and the CFA Institute.

Previously, George served as Director of Corporate Governance at F&C Investments (now BMO) in London and as a Managing Director at Standard & Poor’s. Mr. Dallas holds a BA degree, with distinction, from Stanford University and an MBA from the Haas School of the University of California at Berkeley.