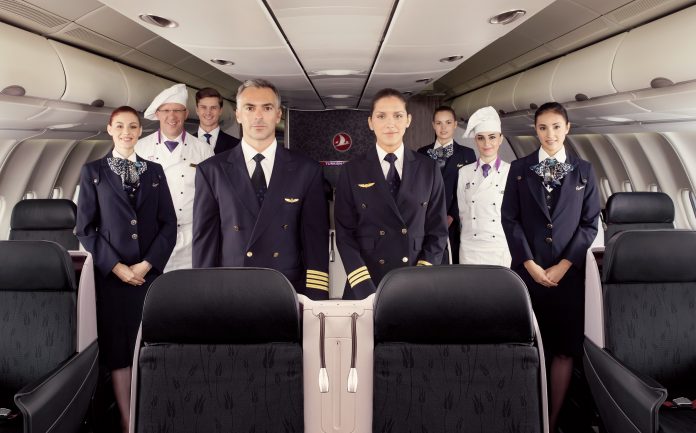 Turkish Airlines, the flag carrier airline of the Republic of Turkey, prides itself on superior service quality and an extensive flight network— allowing its passengers to fly to more countries than any other airline in the world. Today, Turkish Airlines flies to 218 international destinations in 108 countries with more than 260 aircraft. Reflecting its home city of Istanbul, Turkish Airlines bridges continents, opening a gateway to the world for many underserved cities and regions including Africa and Central Asia.

Utilising all of the geographical, demographical and economic advantages of Istanbul and Turkey, within a consistent business strategy focused at quality and growth, the company has managed to realise five-fold passenger increase, seven-fold revenue increase and sustain one of the highest profitability margins in the industry over the last decade. Throughout this period Turkish Airlines tripled its global market share of Available Seat Kilometres figure of total capacity for airlines – from 0.6% in 2003 to 1.8% in 2014.

Turkish Airlines has been named Best Airline in Europe for the last four consecutive years in the SKYTRAX World Airline Awards and was named Airline of the Year at the 2013 CAPA (Centre for Asia Pacific Aviation) Aviation Awards for Excellence. This award is given to the air carrier that has made the greatest impact on the development of the airline industry, established itself as a leader and is a benchmark to follow.

The company builds its corporate governance principles on the social responsibility culture it has developed since its foundation in 1933. Turkish Airlines has adopted the main cultural characteristics of the Turkish people: hospitality, helpfulness, and trustworthiness towards its shareholders, employees, customers, and society.

The Turkish tradition has been the foundation of Turkish Airlines’ commitment to taking a socially and ethically responsible approach to its business and adopting a transparent and fair management culture. The company cultivates open communication channels with all stakeholders which enables the organisation to assess all shareholder and stakeholder interests and understand different perspectives. This approach helps Turkish Airlines to operate as a corporate citizen and operate beyond its financial interests.

Turkish Airlines, having 51 per cent of its shares on the free float,  is one of the highest trading stocks on the Istanbul stock exchange, Borsa Istanbul. Along with the commitment to perform its business with the full embracement of the corporate governance principles – namely transparency, justice, responsibility and accountability – Turkish Airlines also has a mission to perfectly publicise and represent Turkey and Turkish Aviation Sector in the international platform. It has positioned itself to be a leader among , and set example to, other  Turkish companies in an effort to help  realise Turkey’s 2023 vision of  making  Istanbul  a Global Financial Center. This goes perfectly hand in hand with Turkish Airlines own vision of making Istanbul a Global Aviation Center.

Therefore, contributing to evolution of corporate governance in Turkey and ensuring transparent, fair and competitive markets in order to create a better investment climate, is not only an ethical responsibility for Turkish Airlines but also a strategic responsibility in realising its own business goals. Turkish Airlines Board of Directors consist of nine successful individuals – three are independent board members,  all very well experienced in their distinct respective fields  and have a full-hearted commitment to supporting corporate governance practices within the company.

There are three committees formed within the structure of the Board, namely the Audit Commitee, Corporate Governance Committee and Early Identification of Risks Committee, all of which are chaired by independent Board members. A Public Disclosure Policy has been established by the Board with the aim of providing all stakeholders including shareholders, investors, analysts, employees, and customers with punctual, accurate, complete, comprehensible and easily accessible information. Maximizing shareholder engagement is repetetive discloses its operational and financial metrics on a monthly basis that is much more frequent and detailed than that required by the regulations. Investor Relations in Turkish Airlines not only aims at maximizing shareholder engagement but also provides continuous feedback to the Board to ensure it remains at the forefront of industrial and global developments and is constantly aware of all perceived risks for the business.

On the other hand, an effective risk management strategy is implemented to control potential risks inherent in the airline industry which is prone to fierce competition and to ensure sustainable growth. Furthermore, since 2013 Turkish Airlines, along with all listed BIST companies, started using the e-General Assembly (e-GEM) system which allows shareholders, delegates, intermediary institutions and all stakeholders to attend the General Meeting online via a video webcast using their own personal electronic signatures, send their comments and overall be informed of all the processes instantly.

Turkish Airlines would like to sincerely thank Ethical Boardroom for acknowledging the company among the leaders on corporate governance practices. As we move forward with our growth story with the vision of becoming a five-star global airline, we will also continue to enhance our stakeholders’ experience with Turkish Airlines through many advanced projects, such as integrated reporting and an upgraded corporate website for a more convenient higher level disclosure.

We believe improved corporate governance not only adds value to our business but also serves our country in contributing to create more efficient financial markets.

Board and management effectiveness