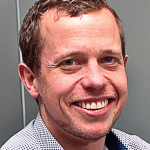 The importance of gender diversity in the boardroom has become increasingly relevant in recent years, not only due to evidence strongly supporting its managerial merits, but also due to societal trends towards greater inclusiveness. However, there are fundamental hurdles to be overcome in achieving true diversity, largely due to historical prejudices and systems, as well as the practical obstacles in identifying suitable candidates for appointment.

When the Australian Securities Exchange (ASX) published the second edition of the Corporate Governance Principles & Recommendations in June 2010, it included pioneering requirements for listed entities to address diversity with respect to the composition of their boards. This requirement was originally buried within a broader requirement to promote ethical and responsible decision-making and was also directed strongly towards gender diversity. Nonetheless, it sparked a broader discussion into diversity on boards in general and contributed to a flurry of academic research into the value of diversity – gender, ethnic, cultural and socioeconomic – on company boards.

The third edition of the ASX Corporate Governance Principles & Recommendations, published in March 2014, strengthened this requirement, giving it greater prominence as a standalone recommendation under the obligation to ‘lay solid foundations for management and oversight’. The latest guidelines also identify diversity in general as criteria worthy of increased attention in respect of many corporate governance principles.

The evidence of increased gender diversity in Australia’s boardroom tables overwhelmingly supports the notion that it breeds success. Research by a variety of institutions, private and governmental, has shown a direct link between gender diversity on boards and a company’s financial success. Indeed, annual surveys by McKinsey have also consistently demonstrated that an overwhelming majority of respondents themselves believe there is a direct connection.

But while the link between increased gender diversity and improved business performance is undeniable, there remains a marked lack of diversity on Australian boards – particularly among the top 100 ASX listed companies. The average proportion of women on the boards of ASX100 companies sits at around 26 per cent, considerably lower than the expected (or in some cases targeted) 40 per cent.

As the Australian Institute of Company Directors (AICD) reported in October 2015, the figure drops to 21.3 per cent when the top 200 ASX listed company boards are counted together – and indeed a total of 29 boards in the ASX200 still do not have any women.

Anecdotally, we are witnessing much greater engagement of female directors among micro- and small-cap listed companies – as well as in the not-for-profit sector – although in practice the number of women on boards is still much lower among the ASX All Ordinaries (at 16.2 per cent in total). Although progress remains glacially slow, it is improving – up two per cent from last year and by a total of 13 per cent since 2009.

Nonetheless, the relatively slow pace of change has led some corporate principals to call for quotas to be established – which is where the debate on gender diversity becomes contentious. Legislation is currently in front of Australia’s federal parliament that would require 40 per cent of roles on government boards to be filled by women, 40 per cent by men and the remaining 20 per cent by either gender.

This proposal has certainly led to greater impetus within the corporate community towards recruiting female directors – the AICD has set its own aspirational target of 30 per cent of board seats to be filled by women by the end of 2018.

This mandated quota approach enters into the same controversial arena – and encounters the same arguments – as those faced by many affirmative action initiatives. The principal argument against a quota is that it neglects the fact that individuals should be appointed to boards based on their own merits and that mandating appointments may result in women being appointed who lack the necessary skills, experience or aptitude to act as directors.

The arguments for a quota are that greater and mandatory impetus needs to be given to cultivate true diversity and that there are fundamental and systemic obstacles in society that cannot be overcome with purely aspirational targets.

■              A male-oriented system that neglects to take into account the fact that women shoulder a disproportionate share of household duties, including the primary burden of child-rearing at a young age

■              The well-documented ‘glass ceiling’, which leads many women to opt out of successful careers and to have lower ambitions and self-esteem, due to the inherent obstacles that lie in their professional paths

The pitfalls of companies seeking to recruit new female directors in a context of inherent prejudice were dramatically illustrated in the 2012 Australian Census of Women in Leadership. The census showed that Australian women are more likely to have multiple directorships than men, suggesting that companies are looking for proven women directors rather than searching for new female talent. In other words, boards want women in seats to demonstrate their own diversity – but have limited faith in the abilities of unproven women to be able to perform the role of a director.

The situation regarding diversity other than that of gender is even murkier. Again, the benefits are largely undeniable. The advantage of different viewpoints from directors of different backgrounds can often lead to a broader understanding of a particular issue and in doing so, a more measured outcome.

However, in reality the picture is much bleaker – the average age of ASX100 company directors is 57-61 years and most ASX100 companies have no more than one out of 10 directors from an ethnicity other than Caucasian. This is despite the fact that Australia ranked fourth out of 50 nations in the Forbes 2012 global index of employee diversity.

It is undeniable that diversity adds great value to boards, whether by way of gender diversity or broader ethnic, cultural, age, or socioeconomic diversity. The impetus for greater inclusiveness in this context continues to grow and, given current trends, it is highly likely that more equitable representation will be present at board level before too long. Whether quotas will be implemented in Australia is likely to rest upon public perception of the need for them, and thus parliament’s – or industry associations’ – eagerness to implement them.

In the meantime, the tenure of  ‘stale, male and pale’ directors (i.e. old, male and Caucasian) is likely to persist for some years to come.

Blair Lucas is a founding director of CoSec Consulting.