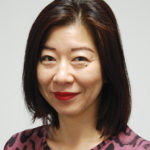 By Jo Iwasaki, Head of Corporate Governance at ACCA

Corporate culture continues to be the subject of much debate, not just in the media but in boardrooms and the corridors of power. The UK Financial Reporting Council, for example, launched an initiative in September 2015 to gather insight into how boards can shape, embed and assess culture.

Why should the board be held accountable for corporate culture? The UK Corporate Governance Code, one of the foundations of modern corporate governance, says that “the values and standards of behaviour set by the board are an important influence on culture and there are strong links between governance and establishing a culture that supports long-term success”.  A recent report from ACCA, arising from a survey of nearly 2,000 finance professionals across the world, examined the link between governance and culture and how corporate culture interacts with individual behaviour.¹ The report found that governance and culture are inseparable: it is not that one is more important than the other.

Tone at the top is important

More than 60 per cent of respondents thought that tone at the top was the vital driver of behaviour at work. This was consistent across all age groups, geographic locations and industry sectors. The concept of tone at the top describes the attitude of corporate leaders’ guiding values and an ethical culture within the company.

Moreover, nearly half of respondents felt their organisation was hierarchical and communication was top-down, compared to only 19 per cent who felt communication was a two-way process. This should alert leaders to be aware of how their conduct is seen by others.

Where people meet face to face regularly, the impact of leaders’ behaviours would seem obvious. There were, however, no apparent differences between the views held by those who worked in multinational organisations and those who did not. Nor were there differences between those located at a company’s headquarters and those at a subsidiary or local centre. Both saw tone at the top as being important.

Despite this perception of influence, leaders need to be aware that their direct impact over individual office culture in large, complex organisations decreases the further the office is from the HQ. In an earlier roundtable event in New York, some argued that the impact of tone at the top would decrease as organisations become more complex. This may pose a challenge to corporate leaders – while they can influence the organisational culture less, others still consider their impact paramount.

Where organisational values fail to lead

Perhaps we need to look at how people replicate values within organisations. As one respondent pointed out: “The values and behaviours demonstrated by all levels of management have a huge influence. I have seen examples of very different cultures in teams within the same organisation due to the leadership of that team or division”.

Sub cultures can become destructive where ideas and practices conflicting with the organisational value seem tolerated or even encouraged. Otherwise they can coexist mostly without harm in many complex or large organisations. This is because, like a participant said at an earlier roundtable event, “each one of us is a tone from the top of where we are”. So what if there are practices that make us wonder how they could live alongside the values of the organisation?

Responses to our questions on incentives tell us something on this. When presented with a list of typical incentives at a workplace, a larger proportion of people positively responded to getting better recognition for one’s work, than to having more challenging work.  Perhaps surprisingly, both these factors were cited as more important than earning more money.

This is not to say that earning more money does not matter. Receiving better recognition for one’s work often comes with financial reward and might lead to promotion. But we should not confuse the recognition and the outcomes of recognition. People get recognised for their work because what they have done contributes to the organisation’s values and objectives. Giving financial rewards is a way of saying ‘thank you’ for doing so well and promotion is a show of trust in the person’s capability to drive the organisation further towards the shared organisational values.

So how about aligning number-based targets with the organisational values? Although half of our respondents agreed that performance-related pay schemes help foster best performance, nearly two-thirds (65 per cent) suggested that such schemes may lead people to exaggerate or otherwise falsify their performance measures. Furthermore, just over a half of respondents said that in their organisation, targets that were easy to quantify take priority over more important but hard-to-quantify targets, such as quality.

This goes against a caution from a respondent, on which we all should agree, that “performance measurements and targets should be set and agreed by both the employee and the appraiser. Further, individual targets should be in line with the overall organisational targets”.

Know what is happening within

But what can board members do to address the complex issue of culture? Besides their tone-setting, it should involve understanding what is happening within the organisation. It is not very encouraging that less than half of respondents thought that senior management know enough about what is going on lower down in the organisation. Furthermore, just below half of the respondents questioned if senior management was accurately reporting information to the board in their organisations.

Perception plays a major role in corporate culture and ethical behaviour. If people don’t believe that corporate leaders know what is going on lower down in their organisation and are failing to receive accurate information, why should they follow the tone set at the top?

Jo Iwasaki is Head of Corporate Governance at ACCA. She leads ACCA’s thinking on corporate governance, including governance principles, board responsibilities, and corporate culture and governance. She has presented and lectured to various audiences, including directors, academics, and students. She is a fellow chartered accountant and was qualified while working in the tax and audit departments at PricewaterhouseCoopers. In addition to corporate governance, she also has extensive experience in auditing and assurance.