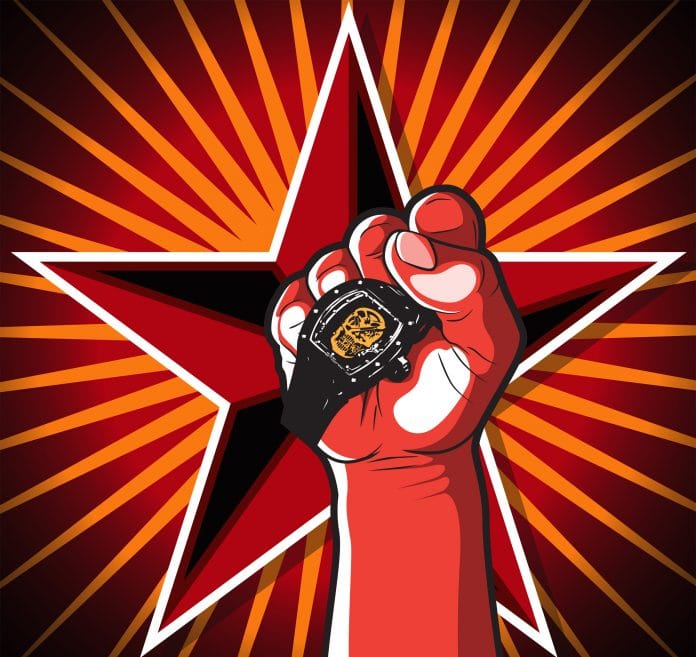 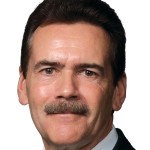 It was just a watch – albeit a very expensive one – that reignited the Russian public’s interest, as well as that of the rest of the world, in the level of bribery and corruption taking place in the former Soviet state.

While Peskov tried hard to convince the media that his glitzy watch was a gift from his future wife, it didn’t help matters that the couple’s wedding took place at the Rodina Grand, an exclusive resort in Sochi on the Black Sea and a popular haunt of the party elite, celebrities and members of the oligarchy. Whether Peskov received the now infamous watch as a gift or, as many activists suspect, through his involvement in corruption remains open to debate. However, the lavish wedding, extravagant watch and involvement of a member of the current government’s elite would suggest that the country’s reputation for graft may be well-founded.

Transparency International, a non-governmental entity that tracks and reports corporate and political corruption around the globe, pegged Russia at 136 on its 2014 world ranking index, where number one is squeaky clean and 174 is hopelessly corrupt. Russia shared equal ranking with Nigeria, Lebanon, Kyrgyzstan, Iran and Cameroon. In the same report, the UK ranked 14th, the US 17th (Barbados, Hong Kong and Ireland held the same rank) and China 100th (jointly with Algeria and Suriname).

In fact, Russia has never fared well in Transparency International’s Corruption Perceptions Index. Since 2010, Russia has reached no higher than 127th and as low as 143rd in the annual Index. Notwithstanding the country’s apparent commitment to stamping out corruption, including the recent submission of an aggressive bill that would punish foreign companies for corrupt practices against Russia committed outside of its borders, bribery and corruption continues to plague the country’s economy.

The Russian newspaper Izvestia, a daily broadsheet, recently reported that the average bribe paid to officials increased from 109,000 rubles in 2014 to 208,000 rubles in 2015, or approximately $3,000 (£1,952). While the ruble devaluation against the US dollar plays a role in the increase, absent a dramatic shift in the level of government enforcement and bribery and corruption investigations that may lead to the party’s own doorstep, such illicit activity will remain part of daily life in Russia.

Regulators understand the role of third parties in bribery schemes

While operating in Russia requires multinationals to navigate sanctions imposed by the United States and Europe, it also requires an understanding of the practical realities of conducting business in a country in which bribery and corruption take place with alarming frequency. Of particular concern for multinationals are the risks they face when they engage a third party to represent their interests in a country notorious for its red tape.

Recent cases of bribery involving Mercedes and Diebold include the use of over-billing schemes and submission of phony invoices. In the case of Mercedes, the scheme involved inflating invoices and paying kickbacks to a third party controlled by a government official. In the case of Diebold, an Ohio-based manufacturer of automated teller machines, a third-party distributor used phony service contracts to funnel illicit payments to bank officials. Suffice to say that using third parties to facilitate bribes is certainly on the radar of global regulators, particularly the US Department of Justice and the Securities and Exchange Commission.

The Kremlin attempted to ban officials from using phrases associated with corruption, including ‘Thank you doesn’t butter my bread’ and ‘The question is difficult to resolve but possible’

Before conducting due diligence, companies must identify their third-party population and rank each entity according to its inherent risk. This step typically involves a cross-divisional effort, including extensive input and support from in-country managers in the areas of supply chain, compliance, legal and operations, among others.

In addition to proposed changes to Russia’s ABAC laws mentioned previously, a new data localisation law took effect on 1 September 2015. Under the new law, companies that conduct business in Russia must process and store personal data belonging to Russian citizens or those residing in the country, in Russia.

Since conducting third-party due diligence depends on gathering personal data relating to a third party’s principals, companies must take steps quickly to consider how best to comply with this new law. In addition, companies must also comply with existing Russian laws that govern the type of consent they must secure from individuals in order to gather, use and store their data.

Bribery has its own language

In 2013, the Kremlin attempted to ban officials from using phrases associated with corruption, including, ‘Thank you doesn’t butter my bread’ and ‘The question is difficult to solve but possible’. The existence of phrases, such as these that government officials commonly use, shows that Russia faces a long and difficult road in rooting out corruption.

In the meantime, companies operating in Russia must consider third-party due diligence as a critical element of their in-country operations. Unfortunately, there is no shortage of government officials with luxury timepieces on their outstretched wrists seeking more than just a simple handshake.

Dennis Haist is general counsel and compliance advisor for STEELE CIS and its affiliated companies. Previously, Haist served as vice president and general counsel of a $1 billion international engineering and construction company. He has developed corporate compliance programs and conducted internal investigations in the areas of antitrust, FCPA, and false claims and is a Certified Compliance and Ethics Professional.