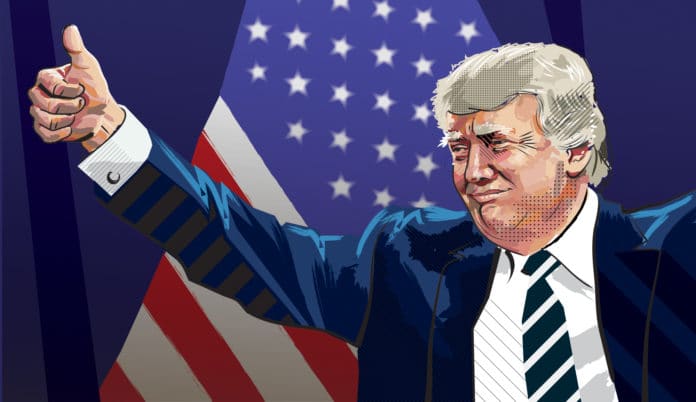 Republican candidate Donald Trump was elected the next president of the United States on 8 November 2016. Unlike his opponent, Hillary Clinton, Trump did not comprehensively outline his domestic and foreign policies. As a result, there is considerable uncertainty about which policies he will pursue in office and how aggressively he will do so.

In this article, we explore how the incoming administration is likely to approach and influence global and regional politics and how foreign governments are responding to the election result.

Trump’s successful campaign leveraged the anti-establishment, populist trend in Western politics, and expressed the US’s underlying nationalist and isolationist tendencies – particularly concerns about immigration and trade – which may close a 25-year period of liberal internationalism in its foreign policy.

Trump spoke of imposing unilateral tariffs on major trading partners to obtain more favourable terms of trade and strengthen US manufacturing. He also opposes new trade agreements and favours renegotiating existing agreements, such as the North American Free Trade Agreement (NAFTA). Furthermore, his election effectively kills pending and prospective trade and investment agreements, including the Trans-Pacific Partnership (TPP) with Asia and the Transatlantic Trade and Investment Partnership (TTIP) with the EU. This would have a strongly negative impact on both the US and global economies, including as a result of retaliation by trade partners.

Trump embraces a nationalist, unilateralist and transactional foreign policy. It revolves in part around securing adequate compensation to maintain US military deployments abroad. He also advocates a more confrontational posture towards China and other emerging market manufacturers on trade.

He has signalled a greater tolerance of Chinese and Russian regional ‘spheres of influence’. As a result, a less interventionist US will create further space for rising powers to develop diplomatic, military and economic influence worldwide.

Trump has stated that he would withdraw from the UN climate accord, which came into effect in October. He has also stated that he would reverse the Obama administration’s domestic regulation of emissions, coal power, and oil and gas extraction. Termination of these regulations would substantially reduce, if not eliminate, the incentives for other major emitters to uphold their own climate change commitments. Furthermore, while less regulation would benefit US fossil fuels, the impairment or collapse of the UN climate accord would inject significant instability into the market for green technology. Some nations, including China, have stated though that they will sustain their commitments and sub-national bodies in the US and elsewhere are taking independent and significant action, regardless of national level commitments.

Asia: Beyond China, Japan and South Korea, Asia did not feature strongly during the presidential campaign and is unlikely to be a major early focus of the Trump administration. Nonetheless, US policy shifts will reverberate across the region.

Trump’s signature trade policy – threatening unilateral tariffs to extract more favourable terms of trade and strengthen US manufacturing – squarely targets China. A trade confrontation would be likely to invite Chinese retaliation against US exports, with US companies in China potentially caught in the crossfire.

Trump has stated that he would withdraw from TPP immediately on entering office. Therefore, the Association of South East Asian Nations (ASEAN) signatories can no longer count on enhanced US market access, and significant political capital invested in the deal – particularly in Malaysia and Vietnam – could be squandered.

The US will re-evaluate US regional alliances and is likely to withdraw from regional territorial disputes in the East and South China Seas, encouraging US allies like the Philippines and Thailand to balance US uncertainty with warmer China relations. The new administration also seeks a more transactional security relationship with Japan and South Korea, which might encourage them to ‘self-insure’ by developing new defence capabilities, including nuclear weapons.

Europe: Europe is likely to seek pragmatic accommodation with the incoming administration, even as Trump’s victory serves as inspiration for an array of populist movements fighting elections in 2017, such as in France, the Netherlands and Germany. In addition, the president-elect’s rhetoric tends to resonate well among some of the leaders in Central and Eastern European states to legitimise their own socially conservative and nationalist policies.

The UK may find itself in a slightly stronger position with regard to trade with the US. Bilateral trade talks with the new administration could represent a serendipitous chance to strike a huge early success in the Brexit era and establish a model for the next generation of trade agreements.

Trump’s commitment to NATO was notably uncertain during the election campaign. In addition, the new administration is likely to seek to improve relations with Russia. This will inevitably cause disquiet, particularly in the Baltic States, not least because the administration may well put NATO Article 5 – committing members to mutual assistance – on the table.

Trump’s election changes the state of play between Europe and the US, particularly in terms of relations with Russia. However, while there is no doubt that US-Russia relations will change, we would caution against some of the more extreme reactions. Much of what Trump represents is old news in Europe, and much of the rest might be difficult to translate into actual policy.

Latin America: Central and South America are likely to receive little attention from the new administration, with probably few significant changes in policy. Only Mexico faces considerable economic and political uncertainty in light of likely efforts to renegotiate NAFTA, as 80 per cent of Mexican exports go to the US.

US aid to Central America, particularly the ‘Northern Triangle’ countries of Honduras, El Salvador and Guatemala, has been a key prop for those countries, and the new administration will be anxious to avoid cuts to programmes that are designed to tackle the root causes of immigration to the US.

The Trump campaign’s anti-Cuba rhetoric hardened as the campaign wore on, but we do not anticipate all the political and commercial openings pursued by Obama to be rolled back.

Middle East and North Africa: The incoming president expressed views on a range of issues pertaining to the Middle East and North Africa, among them new threats to the integrity of the Iran nuclear deal (JCPOA) and the probability of re-imposing sanctions against Iran. He also advocated a robust US military posture against the so-called Islamic State (IS), including US military operations in Iraq and Syria in close cooperation with Russia and other actors.

Trump’s position on Israel is perhaps his most well-defined with regards to the region. In particular, he expressed support for moving the US embassy in Israel from Tel Aviv to Jerusalem (signalling potential recognition of Jerusalem as the Israeli capital), for vetoing any proposed peace agreements at the UN, and for unconditional peace negotiations (which the Palestinians reject).

The wider uncertainty about the durability of US security and geopolitical commitments would encourage regional players – chiefly Iran, the Gulf States and Turkey – to continue pursuing more independent foreign and security policies, as well as new diplomatic and trade relationships, intensifying regional competition.

Sub-Saharan Africa: Africa did not feature significantly during the presidential campaign. We expect the most significant impacts for African countries will come through three aspects of the new administration’s policy: curbing free trade, cutting aid and pursuing alliances that fit US strategic security interests.

However, potential US trade disputes elsewhere could create opportunities for some African countries with low-cost labour forces and preferential trade access. 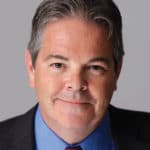 Michael Moran is Managing Director, Global Risk Analysis at Control Risks in the Americas. A foreign policy journalist and geostrategist for investment banks and financial consultancies, he is author of The Reckoning: Debt, Democracy and the Future of American Power and co-author of the 2012 book The Fastest Billion: The Story Behind Africa’s Economic Revolution. Moran served as Editor-in-Chief at the investment bank Renaissance Capital and has been a collaborator of renowned economist Nouriel Roubini as well commentator for Slate, the BBC and NBC News.

He is also an adjunct professor of journalism at Bard College, a Visiting Fellow in Peace and Security at the Carnegie Corporation of New York, and was the founding editor of the award-winning Crisis Guides documentary series for the Council on Foreign Relations 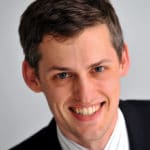 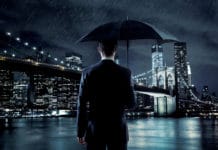 Forecasting and responding to geopolitical risk in 2017

Forecasting and responding to geopolitical risk in 2017