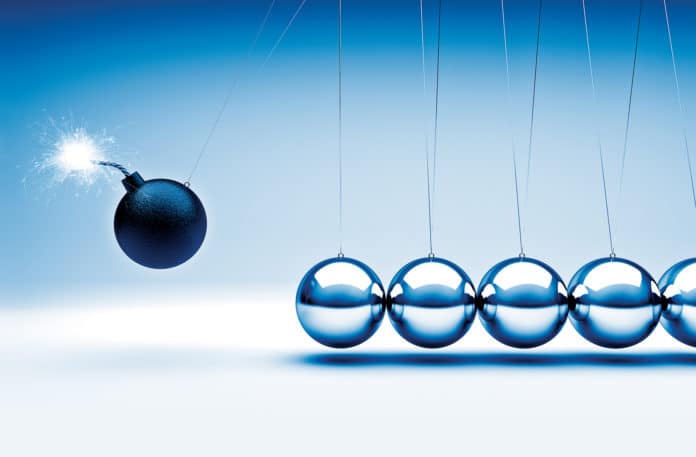 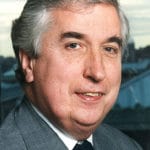 By Professor John Coffee is the Adolf A. Berle Professor of Law at Columbia University Law School and Director of its Center on Corporate Governance

This year has seen a perplexing series of corporate debacles about which one can only ask: How did they think they could get away with that? Did Volkswagen really believe that its ‘defeat device’ would go undetected indefinitely? Did Wells Fargo think that it could fire 5,300 employees for the same fraudulent practice without someone noticing? Did major pharmaceutical companies – most notably, Valeant Pharmaceuticals International and Mylan NV – really expect they could buy an established drug and spike its price 600 per cent or 700 per cent without protests occurring and Congress investigating?

Although no one link connects all these cases, many share a common denominator:  the use of extreme incentive compensation. Simply put, extreme compensation formulas can motivate reckless corporate behaviour. To illustrate, let’s consider three examples. First, Valeant Pharmaceuticals has been everyone’s favourite whipping boy over the last year and it remains the subject of a serious grand jury criminal investigation in the United States. Its business model was to acquire a drug (or a drug company) and then spike its price by 25 times or more. For example, it acquired Cuprimine and moved its price over two years from $888 for 100 250 mg capsules to $26,189.

Standing alone, such behaviour is not unlawful. But Valeant did more. It used a captive online retail pharmacy, Philidor Services, to place orders for its drugs at these inflated prices, in order that insurers think that an independent decision had been made to choose the costlier drug, rather than a cheaper generic substitute. Until late in 2015, Valeant hid the fact that it controlled Philidor and was consolidating Philidor’s results with its own on its financial statements.

Whether or not this behaviour was criminal continues to be investigated by a grand jury in the US, but, without doubt, this behaviour was certain to elicit public outrage and regulatory attention. So why take this risk? Now, we get to the heart of the matter. Valeant’s CEO (until he was replaced this year), J. Michael Pearson, had received a compensation package that paid him only $1million in cash annually, but also offered him an assortment of incentive compensation awards (basically stocks and options) valued at $16million. In particular, Pearson stood to receive performance stock units that would vest if Valeant achieved certain three-year compounded total shareholder returns (see table below).

In short, returns of under 15 per cent netted him nothing, but returns of more than 45 per cent paid him an extraordinary equity award of more than one million shares. Incentivised to take risk, Pearson responded with alacrity.

Now, let’s look at a second example: Mylan NV, is a major generic drug company. But, even after Valeant imploded and its stock price fell by over two thirds in the last year, Mylan opted to follow a similar strategy. It raised the price of its key product, EpiPen, an emergency treatment for people with life-threatening allergies, from $100 to $600, thereby making the drug prohibitively expensive for persons without insurance. The public reaction was easily foreseeable and outrage and Congressional hearings followed.

Why did Mylan take this risk in the wake of Valeant’s experience? Here, one only has again to connect the dots. In 2014, the Mylan board approved a one-time stock award that was conditional on Mylan more than doubling the company’s adjusted per share earnings over a five-year period, ending in 2018. Because Mylan was in the mature and low-growth generic drug business, this had seemed an unattainable goal. Still, the company’s top five executives stood to gain an estimated $82million collectively if this target could be achieved. So incentivised, they spiked the price of EpiPen, its leading product, and attempted to ride out the storm. But, in October, Mylan settled alleged regulatory violations with the US Department of Justice relating to EpiPen for $465million, and the dispute still continues.

“Modernised clawback provisions may soon become the next focus of shareholder activism. Clearly, incentive compensation is here to stay, but it should be reasonable, not extreme, and counterbalanced by broad clawbacks”

A final example this year of incentive compensation producing ethically dubious risk-taking and fraudulent behaviour is supplied by Wells Fargo & Co, until recently the US’s largest bank. At least 5,300 of its staff had their employment terminated over a five-year period for opening an estimated two million bogus accounts or credit cards for customers, without the customers’ knowledge or consent. Employees did so apparently to satisfy ambitious, but arguably unrealistic, sales quotas imposed by senior management.

Under pressure, lower echelon employees opted to cheat to avoid termination. But why did senior management persist in insisting on high cross-selling quotas once it became evident that the resulting pressure had produced systemic fraud? Again, the answer appears to lie in the incentive compensation senior executives could earn.
Carrie Tolstedt, the executive vice president who supervised Well Fargo’s ‘community banking’ operations, made up to $1.7million in annual salary, but up to an additional $9million in some years in incentive compensation. Given this disparity, her motivation in imposing high cross-selling quotes on lower-level employees becomes understandable. Although such a formula paid her extraordinary compensation, it ultimately subjected her company to a reputation-shattering scandal.

Incentive compensation is, however, the norm today. The days when senior management was paid primarily in cash are long gone. Equilar, a leading compensation specialist, reports that in 2015, CEOs of companies in the S&P 500 received on average 60 per cent of their total compensation in equity. If enough incentive is created, it produces risk-preferring behaviour.

So what should a reasonable and prudent board or compensation committee do? Obviously, one answer is to avoid the kind of extreme equity award that Valeant used to motivate its former CEO.  Interestingly, that formula was actually designed by a risk-loving hedge fund that had a seat on Valeant’s board. But another answer is to counter-balance the impact of incentive compensation with an appropriately designed ‘clawback’. Clawbacks mandate the forfeiture of incentive compensation (including unexercised stock options and equity awards) on the occurrence of specified events. They are only required under US law in the event of a subsequent accounting restatement that reduces the earnings that produced the incentive award. Still, a responsible board can design a broader clawback that does not require a restatement to trigger it. For example, Wells Fargo has just clawed back a record $60million in unexercised stock options and performance stock awards from its now-retired CEO and Ms. Tolstedt.

Wells Fargo’s clawback provisions are in fact a model for other companies to emulate, as they authorise the board to clawback unexercised options and awards for conduct that foreseeably exposed the bank to reputational damage or that involved negligent supervision. This is far broader than the Dodd-Frank Act requires. Interestingly, this clawback policy was adopted in 2013 in response to pressure from New York City pension funds, who were seeking to impose an even tougher policy through a shareholder proxy resolution.

Modernised clawback provisions may soon become the next focus of shareholder activism. Clearly, incentive compensation is here to stay, but it should be reasonable, not extreme, and counterbalanced by broad clawbacks. Shareholders unite! You have nothing to lose, but your equity.

John C. Coffee Jr. is the Adolf A. Berle Professor of Law and director of the Center on Corporate Governance at Columbia Law School. He is a fellow at the American Academy of Arts & Sciences and has been repeatedly listed by the National Law Journal as among its “100 Most Influential Lawyers in America.” Coffee has served as a reporter to The American Law Institute for its Corporate Governance Project; has served on the Legal Advisory Board to the New York Stock Exchange; and as a member of the SEC’s advisory committee on the capital formation and regulatory processes.