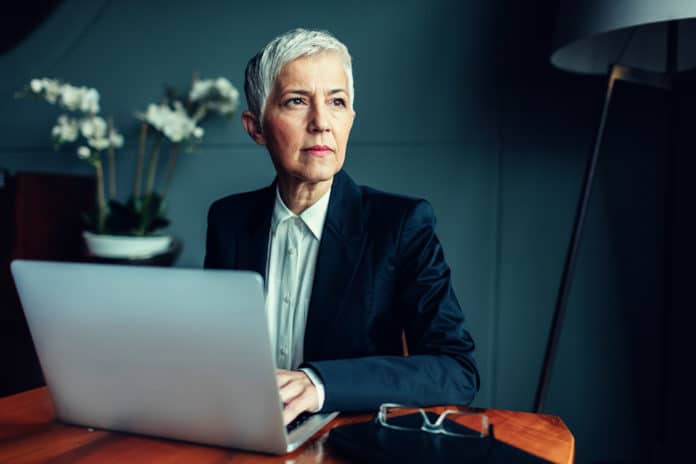 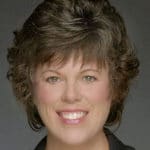 Crises have a way of showing leaders and organisations in their best light or, conversely, of exposing all the cracks and seams.

As a recent example of the former, the most inspirational variety of leadership, consider Exhibit A: USAA, the San Antonio, Texas-based Fortune 500 diversified financial services group of companies. Service is the mantra USAA lives and breathes daily – from the top to the bottom of the organisation. Its mission of dedicated service informs everything it does, from how it treats employees to serving military members and their families.

In late August, when Hurricane Harvey surged and flooded much of Texas, I reached out to USAA’s chief executive Stuart Parker, who responded: “We are OK, but are working to ensure our members’ and team members’ families are well and are doing all we can to help our members in harm’s way.” Wayne Peacock, the president of the Property and Casualty division, replied: “Finest hour for Team P&C. Spent two hours with front-line claims team this morning. Pretty amazing to see the commitment and passion to serve our members.”

A week later, when Hurricane Irma was about to hit, Parker shared that, in advance of the storm, the USAA leadership team was setting up a temporary service centre operation outside Florida to be ready to serve USAA members who would need assistance after the storm. This was a complex manoeuvre that involved relocating employees and their families from their Florida service centre location to another area that would keep employees safe and enable them to demonstrate the care and service values that are at the very core of the USAA ethos.

A highly successful organisation, USAA is proof positive that it is possible to do well by doing good. The process begins by purposefully articulating, demonstrating and reinforcing the behaviours that will ultimately define your culture. Following that initial step, there should be equally deliberate decisions about how these desirable behaviours will be explicitly and implicitly rewarded and reinforced and, at the other end of the spectrum, those that will be called out and not tolerated by having negative consequences – starting at the top.

These critical, defining behaviours are both the building blocks and hallmarks of a company’s culture, which is, in turn, the crucial underpinning that either enables or derails the strategy. In fact, the culture an organisation builds and nurtures is the foundation for all positive outcomes, from great leadership to innovative products and services. Ultimately, companies get the culture they reward and deserve.

At Korn Ferry, we are seeing a markedly increased focus by companies on culture and, more specifically, culture change. In an increasingly competitive global business environment, many companies have latched onto culture change as something that can provide an edge, and there is growing awareness, underscored by a succession of news stories, of just how insidiously destructive the wrong culture can be.

Culture change, or transformation, starts with recognising that culture is not a thing in itself that arises fully formed, but the product of myriad behaviours that are first identified, then rewarded, reinforced and, perhaps most important, modelled by the board and top leaders in the organisation. Moreover, culture is not an appendage that can be transplanted onto an existing organisation and then be expected to thrive. It is something that grows organically, from both the top down and the bottom up. It is unique to each organisation. It takes time to take root and has to be aided by the ongoing cultivation and consistency of leadership.

The board can and should take a leadership role in shaping culture, working with the CEO and top team to review and regularly revisit strategic objectives and the behaviours required by management to ensure their success. While that varies by company, stage of growth and industry, in today’s environment it should go without saying that there should be zero tolerance for behaviours that flout established legal and moral standards. But that’s just the baseline.

Leaders have to check back in, taking the organisation’s ‘temperature’ on a regular basis. Behaviour is a reliable indicator of where the culture is moving, a ‘canary in the coal mine’, and undesirable behaviour patterns can and must be eliminated. That may require some soul-searching and interventions but, if done early enough and appropriately, with the right rewards and penalties, leadership can reboot and get back on track to creating the culture that will serve the organisation’s mission, vision and values.

At Wells Fargo, for example, that recognition and intervention didn’t occur early enough. Employees got the message, loud and clear, that sales (real or not) were king and that the end justified any means. Leadership turned a blind eye to how amazing sales levels were achieved, rewarding those who hit unrealistically ambitious sales goals, despite warnings from ‘less successful’ employees. In retrospect, knowing what we do now, it’s no wonder the wheels fell off the Wells Fargo ‘stagecoach’, derailing the company’s strategy.

Wells Fargo should be considered a cautionary tale of what can happen when behaviour and the resulting culture are not carefully watched and tended.

Leaders can support an effective culture-building process by first defining those behaviours that will support strategic initiatives. What do they look like in operational terms? What should be rewarded and continually reinforced and how? What are the implications for compensation? Equally important, how will transgressors, particularly those whose behaviour flies in the face of bedrock values, be treated? That may speak loudest of all.

Bear in mind that it is much easier and more effective to clearly define what should ideally be reinforced and manifested in the culture at the outset – closely linking those efforts to what will best support the strategy – than it is to change or transform a culture that is out of sync with desired results and behaviours, already embedded and therefore counterproductive.

To that point, consider Exhibit B: Uber. The recent resignation of Uber Technologies Inc.’s founder and CEO Travis Kalanick was the culmination of six months of scandals for the Silicon Valley company, which is now trying to overhaul the very culture that initially fuelled its meteoric rise and was later responsible for its precipitous decline.  Ongoing revelations highlighted a culture that tolerated alleged unethical and illegal behaviour. The fallout can be measured not only in terms of profits but also the harder-to-quantify damage to reputation, specifically as a desirable organisation to work for or invest in, or as a service that is safe to use.

There is a long road ahead for Uber’s new CEO, Dara Khosrowshahi, who joined at the end of August. In his first official tweet, Khosrowshahi acknowledged the culture-rebuilding work ahead, saying: “This company has to change…what got us here is not what’s going to get us to the next level.” In another tweet, he indicated that he wants to bring in a chairman who can serve as his ‘partner at the board level’. We wholeheartedly agree.

There are many other ‘Ubers’ now coming to light. Companies that, particularly at an early, entrepreneurial stage, were successful despite cultures that tolerated, even rewarded, destructive behaviour. The resulting dysfunctional, inhumane culture only becomes more and more of an albatross over time – particularly for companies that plan to go public – where both public scrutiny and the bar for acceptable behaviour are set at a dramatically higher level.

As role-models-in-chief, board members and top leadership of the organisation must give priority to building the desired culture. Many leading companies are already including oversight of culture as a primary board duty – another shade of risk – and are implementing metrics and processes to regularly monitor it.

At its highest level, that culture must demonstrate respect for human dignity and, in more operational terms, it must support the successful execution of strategic imperatives. Society, will no longer countenance disrespect and discrimination, and organisations that do not recognise this ultimately pay the price in terms of the inability to attract investors, recruit talent and damage to their brand.

The business of building, pruning and continually reinforcing the values that undergird a particular organisation’s culture is hard work. While this work is sometimes parked to the side as companies pursue everyday work and deadlines, building a cohesive, effective culture cannot be an afterthought; it is the essence of what makes success possible. And, it is from the CEO and the board that everyone else takes their cues.

Long-term ROI is measured in far more than dollars and cents. Of course, large public companies – indeed any business – exists largely to make a profit, but that isn’t the only measure of success. Organisations that strive to inspire, serve and seek to do good in the world, gain another sort of ROI. While that may be harder to gauge, we know without even the shadow of a doubt, that these less-tangible attributes figure significantly in the long-term success of organisations and their ability to reward all stakeholders.

Ms. Stevenson leads the firm’s Global CEO Succession Practice and regularly serves Fortune 500 clients and high-growth companies on C-suite succession, top team effectiveness, and innovation leadership issues. She has been acknowledged by BusinessWeek as one of the “100 Most Influential Search Consultants in the World.”